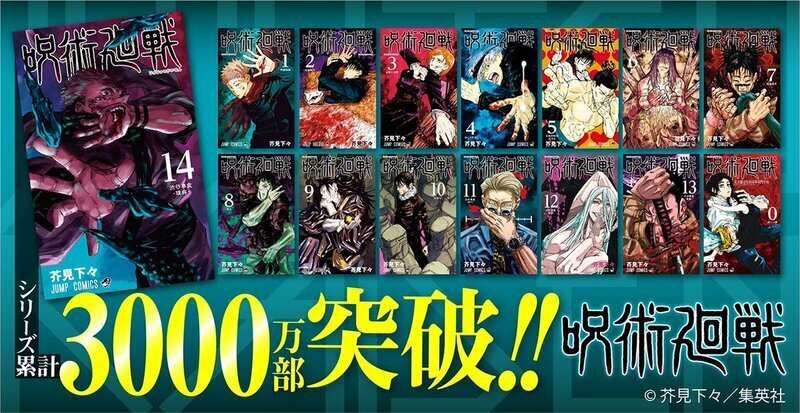 On February 9, 2021, the Jujutsu Kaisen series has once again achieved another great feat with thirty million copies in circulation worldwide, including digital copies, which makes the series one of the best selling manga.

Regarding the news, the official Twitter handle of Jujutsu Kaisen also posted the news to celebrate and appreciate the fans for their continued support for the series.

In commemoration of the achieved feat earlier, the cover photo of the 15th Volume was released, and they would also be releasing the latest volume on March 4, 2021.

The series is written and illustrated by Gege Akutami. Since 2018, the series has been serialized in Shueisha’s Weekly Shōnen Jump, and the individual chapters were also collected into fourteen tankōbon volumes and released as of January 4, 2021.

Besides the serialization of the series, it also has Anime, which currently has 17 episodes and ongoing. Two light novels were also published under the Jump J-Books imprint, written by Ballad Kitaguni.

Viz Media licensed the manga and published it in print from December 2019 in North America. And the anime is licensed by Crunchyroll for streaming outside of Asia. The English version of the manga can be read on any paid online platform; Sheuisha also publishes it in English on the Manga Plus App and its website for international fans.