Skip to contentHome » Anime & Manga » One Piece » One Piece: Animation Series Revealed Story Behind Enma (One of Oden’s Greatest Sword) and Wado Ichimonji 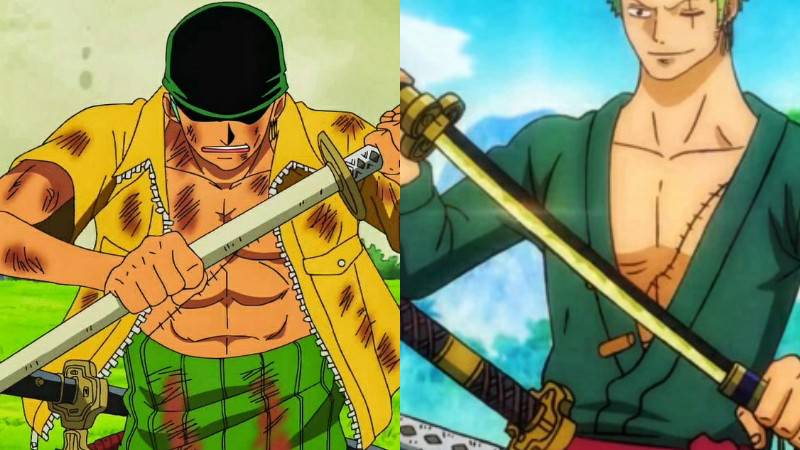 One Piece animation series is gaining ubiquitous prominence after the outset of Wano arc. Act II came to cessation. Now the Fire Festival is about to commence. It means the Great Battle of Beast Pirates’ dismantlement will set in motion from the upcoming episodes. Recently, the series unveiled the past of all three swords of Zoro. Tenguyama Hitetsu, a comrade Swordsmith, explained that Zoro’s first sword, Kitetsu III, is made by him. The katana that Luffy took from his house, Kitetsu II, is also forged by Tenguyama. That is why Zoro was surprised to witness the sword that Luffy theft.

Not only this, but Hitetsu also revealed the man who crafted the excellent grade swords, Wado Ichimonji, and Enma, the legendary swordsmith Shimotsuki Kozaburo. He was from the Shimotsuki family who illegally departed from Wano fifty-five years ago and settled in East Blue.

Both the swords he made are the cursed swords, and Enma is the one who takes possession of the user’s Ryou. Remember, in Logue Town, when Zoro got Wado Ichimonji, the shopkeeper said it is a cursed katana, and the one who uses it will definitely die. But Zoro is the only one who not only swing but also use to this sword.

Same stands for Enma, the Hell cutter. Hiyori knew about the Wado Ichimonji and perceived Zoro could efficiently use it. Therefore, she believes that if he can wield this sword, he may swing her father’s sword, Enma. Tenguyama continued the story that only Enma and Ame no Habakiri were the swords responsible for Kaido’s scar. Hence, these two are powerful enough to deep cut through Kaido’s skin. Also, he mentioned that Enma is still not a black-blade sword. It means no one could envelop this sword with haki. If Zoro does that, he will become the first swordsman who converts Enma into a Meito. Now Zoro has begun his practice with Enma.  It will be fascinating to witness the power development in Zoro.