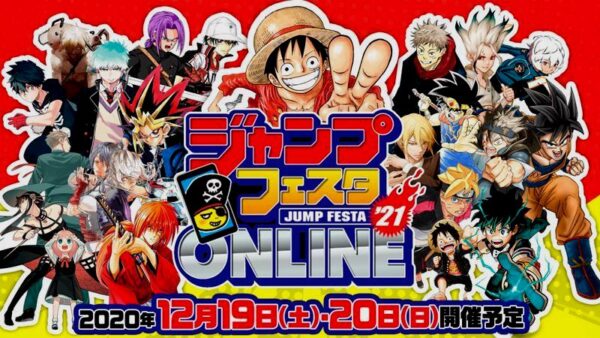 One Piece Super Stage Event was the last treat on the second day of Jump Festa Online 2021. The show came out to be literally very special with the appearance of all voice actors of prominent characters on stage. This was the first appearance of Jimbei’s voice actor after his new entry into the Strawhat Crew. The event was a classic live performance of voice acting in the latest chapter of One Piece.

At the same time, this particular performance was very momentous as the panels on display were chapter 977. The latest chapter in which the whole crew reunited and appeared in a single panel and officially waged war against Kaido. The live viewers got really lucky, as the performance was taken to a completely different level with majestic animation and lightings. Read further for more details on the special show.

The One Piece Super Stage Event started sharply at 12:50 PM IST. The voice actors were introduced once again by the hosts, and they were seated. Shortly the display was turned on and the voice actors started performing for chapter 977 of One Piece live on the stage. At the same time, the back-stage orchestra was tuning the beats and SFX in accordance with the manga panels. Moreover, lightings were the main attraction of the performance, coupled with the outstanding voice acting, it became an unforgettable experience for the viewers. Twitter and Reddit are hurled with comments and likes on the leaks of the performance and fans are very happy and surprised.

After the voice acting ended, all the vice actors formally introduced themselves, in their character voices. The voice actors of Brook and Jimbei performed from the studio itself, so had their appearance in the last. This was the starting event of the show. Soon, the voice actors thanked the crowd and fans for the love and support personally. Jimbei’s voice actor ended the event with a joint promise of delivering us even spectacular performance in the anime soon.

You can read the One Piece latest chapters from Viz.com and watch its anime on Funimation and AdultSwim. We will be back soon with more news and updates on One Piece and Jump Festa Online 2021. Until then, stay tuned, stay hyped.