Skip to contentHome » News » Oshi no ko: Series has 600,000 copies in circulation 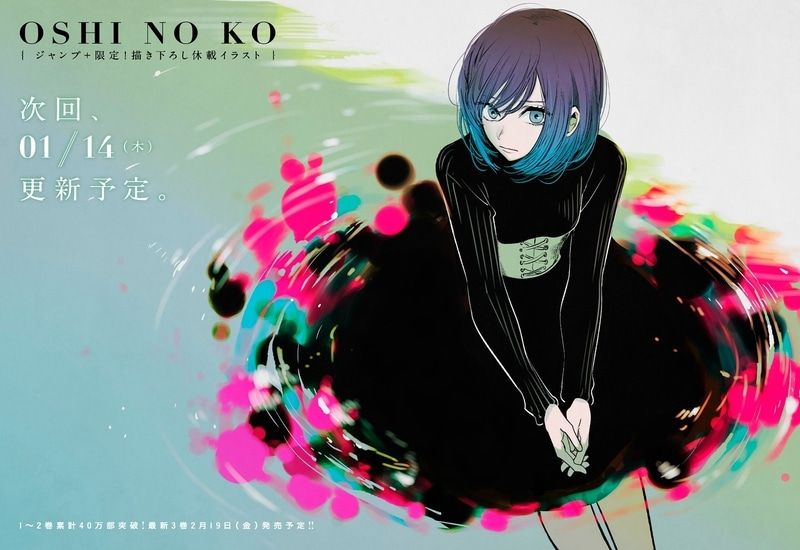 Oshi no Ko has now hit 600,000 copies in circulation; the manga series is written by Aka Akasaka and illustrated by Mengo Yokoyari.

The series started serializing on April 23, 2020, in Shueisha’s Weekly Young Jump and is also available on the Shōnen Jump+ App. Its third volume is set to release on February 19, 2021.

The series’s twenty chapters have been collected into individual tankōbon volumes by Shueisha. The first volume was released on July 17, 2020, and had a successful debut, selling over 21,330 copies during the first two weeks of its official release.

The series has a total of twenty chapters as of today. The manga series can be read on any legally paid platforms in the English language.

The series’s story follows a countryside gynecologist named Honda Gorou, who is a fan of Ai Hoshino, a talented and beautiful sixteen-year-old idol. One day, the idol went to his hospital while being pregnant, and he promised her a safe delivery, but an encounter with a mysterious figure led to his untimely death.

But instead of being dead, he is reborn as the idol’s newborn son and soon learns that the showbiz world is paved with thorns, where talent doesn’t always bring success.