Skip to contentHome » News » William Wins The Bout of Wits Against Holmes: Moriarty The Patriot Episode 11 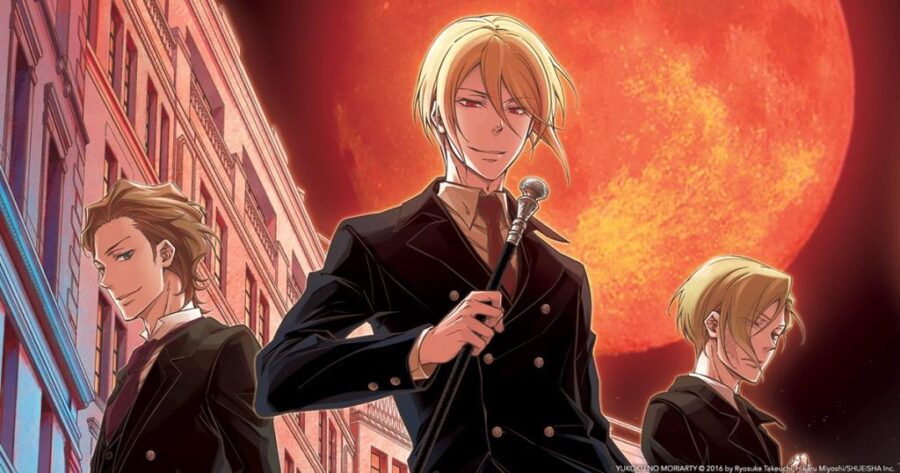 A very stimulating battle of exercising extreme intelligence on a moving train with a time constraint. The latest episode of Moriarty the Patriot was spectacular on so many levels. Quite complicated a case, even pointing at the wrong accuse from the beginning and involving the murder of a high noble.

The situation was so dire that the railway police could think of nothing but just take Dr.Watson under custody. Even without examining the murder site, Sherlock deduced that the murderer is still on the train, and William added that they have to catch him before the next station arrives in 48 minutes.

Sherlock and Moriarty deduced more than 90% of the case in just 5 mins of examining the murder scene. With an astute series of reasoning, including the weather conditions, murder tools used, and the classic shoe size comparison, both the geniuses had enough clues to prove Watson’s innocence.

Further, they also realized that the murderer couldn’t throw his uniform because he is a crewman. Narrowing down the suspect count to even less by shortlisting the shoe-sizes, Sherlock finally found the murderer. But the murderer’s excuses made it a bit hard for Sherlock to conclude the case. There Moriarty stepped in and proved the excuses false by pointing out the evident blood spatters on his uniform. Stuck in a hole, the murderer at last confessed, with Moriarty’s win over Sherlock.

The train murder case is a very famous short story from the Bakerstreet and Sherlock Holmes novels. Nearly every adaptation showcases this brilliant sequence of Sherlock solving the case alone. Although in this anime, the directors took the scene to a completely different level by including both the geniuses on the same task. This experimental modification came out to be very enthralling too. Consequentially made it possible for the production to cut short the day-long play into a matter of minutes.

The first part of the season ended with 11 episodes. The second part will commence with the airing of Episode 12 in the month of April 2021. We will be back with more explanations and news on Moriarty the Patriot. Until then, stay tuned, stay hyped.