Skip to contentHome » News » World Trigger Season 2: Anime Series Is Listed With A Total Of 13 Episodes 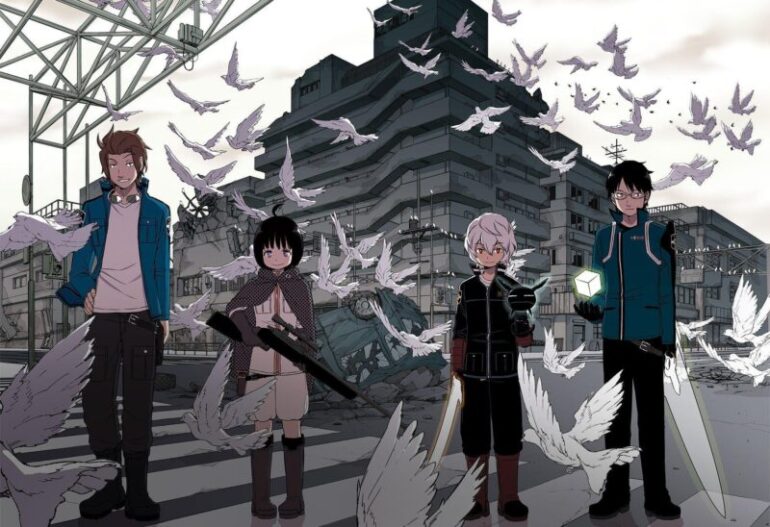 World Trigger Season 2 is revealed to be limited by only 13 episodes. The first season had 73 episodes in it and had quite a positive response to it. Although viewers are having mixed responses to the short season, which is running right now, with just 3 episodes out yet. The second cour of the series will air later this year and will be titled the 3rd season.

The manga by Daisuke Ashihara has come at a very crucial situation in the story progression. Being quite an underrated series, the story building of this sequence will feel unique to normal shonen-watchers. Read further for more details on it and the latest volume 23 cover of World Trigger manga. Also, refer to the official links provided below to catch up on the series.

The manga content is more than enough for another season; thus, the 3rd season is already announced. The limiting of the 2nd season is aimed at a more precise and on-the-point story building hereafter. The story starts when a gate to another world suddenly opens on Earth; Mikado City is invaded by strange creatures known as “Neighbors,” malicious beings impervious to traditional weaponry.

In response to their arrival, an organization called the Border Defense Agency has been established to combat the Neighbor menace through special weapons called “Triggers.” Even though several years have passed after the gate first opened, Neighbors are still a threat, and members of Border remain on guard to ensure the safety of the planet.

This is the cover of the latest volume 23 of the manga counterpart. The story has grown even dark and severe in the manga. The main plot setting of the story gives it a huge range of diversification later in the series. Despite this delicate situation, members-in-training, such as Osamu Mikumo, are not permitted to use their Triggers outside of headquarters.

But when the mysterious new student in his class is dragged into a forbidden area by bullies, they are attacked by Neighbors, and Osamu has no choice but to do what he believes is right. Much to his surprise, however, the transfer student Yuuma Kuga makes short work of the aliens, revealing that he is a humanoid Neighbor in disguise.

The plot of the story must have intrigued you enough to give it a try. You can watch the anime on Crunchyroll, and you can also read its manga from Viz.com. Subscribe to our website for more interesting lists and charts. We will be back with more news and announcements regarding your favorite anime and manga. Until then, stay tuned, stay hyped.