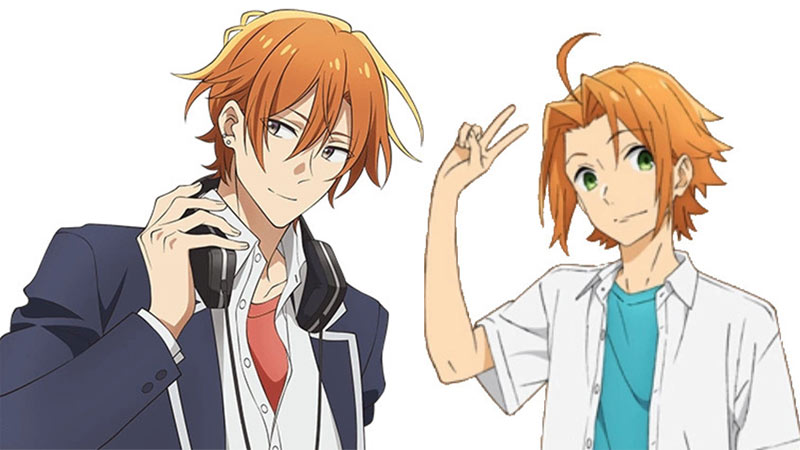 Orange is one of the less popular colors, but it is still quite popular in the world of anime. We have many characters who have their hair orange colored. These characters are usually upbeat, cheerful, and bursting with energy.

You will often find these characters in supporting roles. Since they can remain cheerful in any situation, they often take the role of helping the main characters emotionally when faced with hardships. However, there are a few exceptions to this rule. We have also seen a few main characters with orange hair. Since many main characters in the shounen series are also optimistic, cheerful, and sometimes even fierce. Orange is also a popular choice for them.

So let’s look at the list of 15 such male characters who have orange hair. 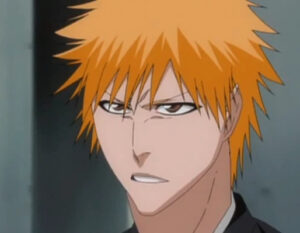 Ichigo is the main character of the Bleach series. He is a fairly tall man with spiky orange hair, often becoming a reason for others to ridicule him. He is pretty stubborn and pretends to be coolheaded.

In high school, he tries to get enough grades to not make his teachers and other classmates look down on him for being somewhat delinquent. As a person who tries to maintain his life in both the real and spirit world, he carries a lot of burdens.

He might not be the perfect example of a cheerful character with orange hair, but he is surely energetic and empathetic toward others. His expression may say something else, but deep down, he cares for the people around him. 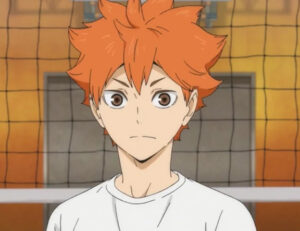 Hinata is another example of orange haired character being the protagonist. He is one of the middle blockers of his high school’s volleyball team. He is a friendly guy who can make friends with even the most unfriendly guys. 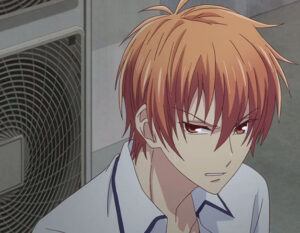 Kyo is a charismatic and hot-blooded important character in the Fruits Basket series. He is possessed by the spirit of Cat, who couldn’t make it into the Chinese zodiac because of a prank played by the Rat. Due to this, he has been discriminated against in his own family. Due to this, he never grew up to be emotionally unstable.

He is a very short-tempered, stubborn, brash, and sharp-tongued person. He cares for people but often ends up shouting at them.

Kyo, however, eventually develops into a more composed, kind, and emotionally mature person under the influence of Tohru, who reaches out to him with patience and true understanding rather than with force or pity. 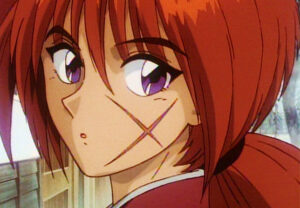 Himura Kenshin is the main character of the Rurouni Kenshin series. He is known as the renowned man-killer of the Meiji Revolution. With a reverse-bladed sword in hand and a promise never to kill again, Kenshin has spent the last ten years traversing Japan as a Ronin in pursuit of atonement.

He has long reddish-orange hair tied back into a thick ponytail in addition to his recognizable cross-shaped scar. He used to be a rather impulsive child who frequently gave in to his urges. But as he grew older, he transformed into a much more poised adult. 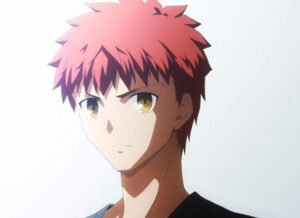 Shirou used to be a cheerful kid, but due to a tragedy that happened in his past, he always struggled with trauma. He is still an energetic and optimistic kid on the outside, but inside he hides a deep desire to achieve his impossible goal of becoming a Hero of Justice.

In his daily life, he helps everyone that he can. He never turns down the request, even from people he doesn’t like.

Which often ends up being harmful to him. During his quest to become a Hero, he faces a lot of obstacles and sees how hypocritical his dream is. But he never gave up on his dream and kept moving with a smile on his face. 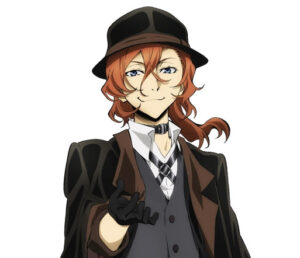 Chuuya is an important character in the BSD series. He is an executive in Port Mafia and deals with the most dangerous tasks for his Boss. He has a volatile personality and is a brazen, haughty man.

His combat abilities are unmatched within the port mafia, and he takes great pride in it. His prideful personality is often used against him by his old partner Dazai. Despite his temperament, he is a responsible man who doesn’t hesitate to intervene when he observes something that he believes to be unethical. 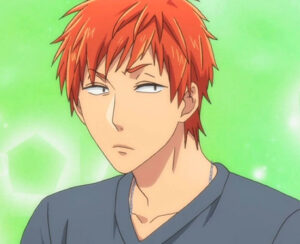 Taro is a supporting character in the Wotakoi. He is a sincere individual and a casual otaku who enjoys bishoujo anime; he is frequently shown as being quite serious about his work. Compared to his contemporaries, he is upbeat.

People frequently comment on how simple it is to discern his preferences and how scary he looks for someone who doesn’t know him well. 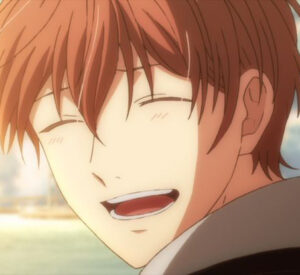 Mafuyu is one of the main characters of the Given series. He is reserved, quiet, and introverted. He has trouble engaging with others and expressing himself. So he uses his songs to communicate his feelings and emotions.

Even if it doesn’t seem like it, he is incredibly attentive and dedicated when it comes to his band. He has pinkish-orange hair, which gives a calm impression compared to other shades of orange. 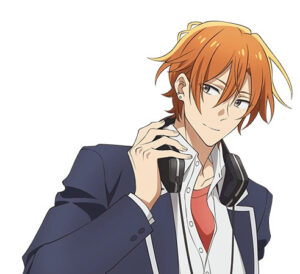 Sasaki is portrayed as an outgoing upperclassman who is also unduly worried, but this isn’t always the whole story. He tends to act or speak without considering the implications or the reactions of those around him.

But when around Miyano, he is quite caring and cheerful. His personality can change drastically based on his mood and the people he is talking to. 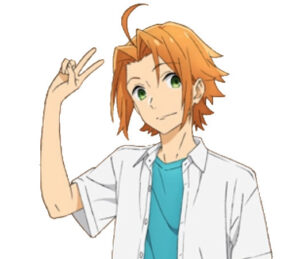 The author of Horimiya has taken great care in designing characters completely based on their personalities. He designed Shindou with bright orange hair color, which matches his personality well. He is a supportive character who always remains cheerful even when getting smacked by his best friend for no apparent reason.

He is an upbeat person that finds no problem in talking to strangers and befriending a person like Miyamura, that tries his best to remain away from others because of his fear. 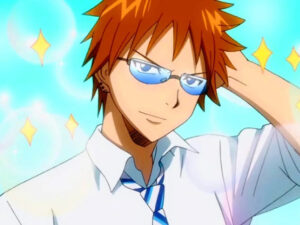 Loke is an important supporting character in the series Fairy Tale. He is known to be optimistic and flirtatious with beautiful women. He lives his life with a carefree attitude no matter the situation.

His real identity is a celestial spirit who has remained on earth just to protect his friend. This shows that he might not appear, but he is actually pretty caring toward others, and he also does not take people kindly who abuse women. 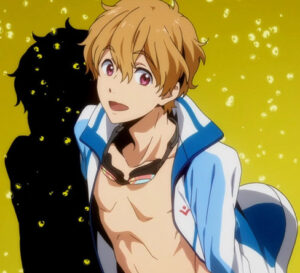 Nagisa is the main character of the series “Free!”. He is a third-year high school student at Iwatobi High School and the breaststroke swimmer for the swim team.

He has a positive, straightforward attitude. Nagisa also usually have strong opinions and frequently express them before taking into account how they may affect other people. He is the sole reason that the Swim Club even exists in his school. 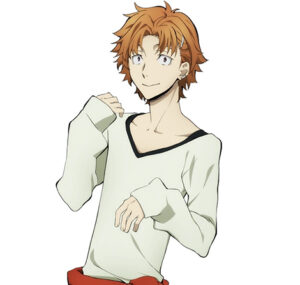 Tanizaki is considered one of the most “ordinary” members of the Armed Detective Agency because, unlike the other members, he is neither eccentric nor outspoken. He frequently takes on the role of a character who is supportive of other characters.

His sister and his fellow Agency members are very important to him. However, due to his extremely delicate moral compass, he often chooses the course that will most likely keep him and the Agency alive, even if it means harming innocent people. 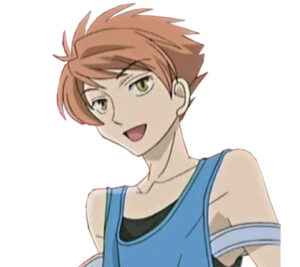 The older of the identical Hitachiin twins, Hikaru, is enrolled in Class 1-A alongside his younger brother, Kaoru. Although he is the “leader twin,” Kaoru is more mature when it comes to controlling his emotions and interacting with other people.

Hikaru is very possessive of every club member in an immature way because of his immaturity in social situations. 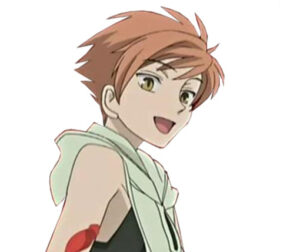 The younger Hitachiin twin, Kaoru, is enrolled in Class 1-A with his identical twin, Hikaru. Despite being younger than Hikaru, he exhibits greater maturity and objectivity.

When Kaoru is not with his older brother, he turns into a nice person who behaves selflessly and seriously, but when he is with his older twin, he reverts to being a scamp. Both he and his brother have dull orange-colored hairs.

With this, we have concluded our list of the 15 Most Popular anime boys with Orange Hair. All these characters show us how much hair colors can express the character. Even the change in shades can mean totally different personalities from each other.

Just like how bright orange hairs mean a cheerful character, pinkish orange can mean a calm and composed character.