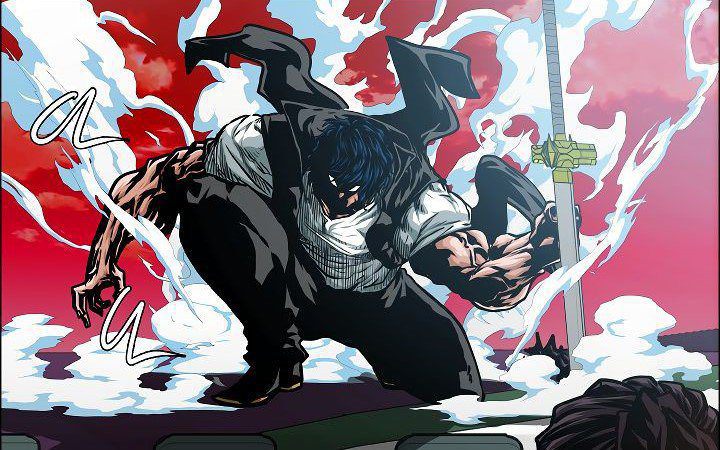 With the Murim (martial arts) genre being one of the dominant genres, various manhwa with a unique approach is being published. Thanks to every authors’ consistent efforts worldwide, we have countless manhwa to choose from. Therefore, today we bring you a list of the top 10 best murim manhwa with OP MC ranked and discussed. Let’s get right to it! 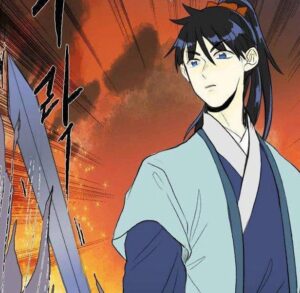 This manhwa focuses on the life of Hwang Joon-woo, a legendary warrior known as the martial god of dark arts. Joon-woo is the most powerful young martial artist feared by the world. His life full of assassination and dirty politics comes to an end when he’s cornered by a suicide mission of a monk.

Joon-woo then gets reincarnated in a loving family, unlike his past life where he was an orphan carrying the blood of countless people on his hands. He swears to protect and prevent his new family from getting dragged into any dangerous situations.

Joon-woo is the most OP character in this verse. He remains undefeated throughout the series, not just with his godly martial arts skills but also with his intelligence and overall strategy.

9) Tale of a Scribe Who Retires to the Countryside- 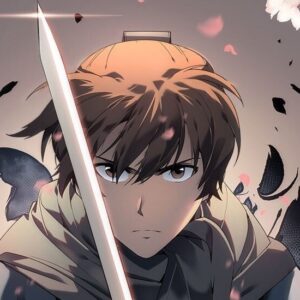 This manhwa features the story of Son Bin, a scholar who fails the national exams despite being one. His life takes a turn when he is approached by a martial arts master to record his life in a book.

The MC learns of his hidden potential as the plot progresses and eventually becomes the Martial Arts King. Son Bin becomes immensely powerful and remains undefeated. Therefore, he rightfully makes it on our list. 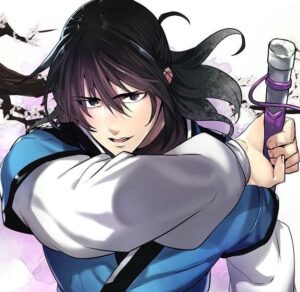 Volcanic age features the story of Joo Seo-Cheon, a warrior who has survived war, dirty politics, and injustice. However, he survived everything because of sheer luck and fortunate circumstances. Seo-Cheon is now the Hwasan faction’s Elder who is simply waiting for his death due to his regrets and guilt.

The plot twist here is that he gets transmigrated in the past when he was 8 years old. The plot then narrates his journey to right all his wrongs and perhaps prevent the great war that tore the martial world apart.

Joo Seo-Cheon is way too overpowered in the manhwa; as a result, the plot doesn’t have extreme twists. Things went relatively smoothly for the MC throughout the story. This, however, kept the plot true to the concept where the MC already knows the future and therefore has a significant advantage. 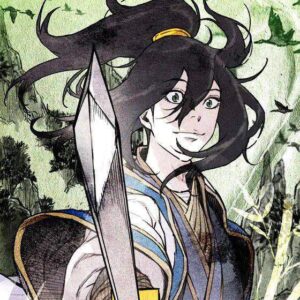 The Undefeatable Swordsman is one of the best murim manhwa to highlight an OP MC. Song Wu-moon is an ordinary young man with no talent for martial arts whatsoever. Wu-moon’s dream to become a powerful martial artist obtains hope when a mysterious celestial being offers him a magical painting.

As a result, the MC unleashes his true potential and dedicates his all to becoming the undefeated swordsman. Song Wu-moon is one of the most OP main characters in the murim manhwa category. 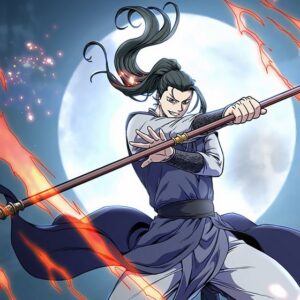 Murim Login, as the name suggests, is an isekai murim manhwa where the MC gets teleported to a virtual-reality game based in Martial Arts World. Jin Tae-Kyung is initially a clueless and weak character who works his way to become the strongest player in the game.

Unlike many other manhwa, the MC is able to return to the real world along with the strength and undefeatable martial arts skills he gained in the game. Now, Tae-Kyung could easily live his life as a hunter possessing overwhelming martial arts skills.

However, due to his attachment to the NPC character friends he made in the game, he willingly returns to the game. Tae-Kyung, therefore, remains one of the most OP characters in the manhwa, making it enjoyable and one of the best murim manhwa. 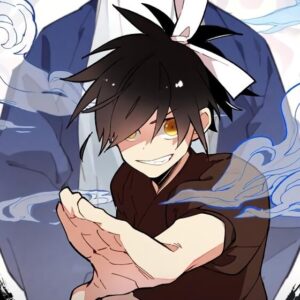 Masters of Lightning Knives features an orphan MC who is suddenly approached by a mysterious martial arts master. The master possesses a secret form of martial arts style that can rarely be mastered.

The MC has a goofy and carefree personality, due to which he couldn’t dodge this forced opportunity. He must now endure the weird and cruel training to learn the invincible Lightening Knives technique. The manhwa has some hilarious moments and an overpowered main lead whose hard work truly pays off.

Unlike many manhwa, the MC in Masters of Lightning Knives is not suddenly blessed with colossal powers or buff up; instead, his skills are a result of his rigorous training making this one of the best-written murim manhwa. 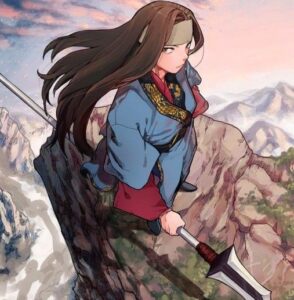 This manhwa is set in an ancient world of martial arts. The plot commences with the MC’s master being accused of practicing demonic arts. As a result, Unseong‘s master is beaten to death. Unseong sets out to seek revenge until he meets his end.

However, instead of dying, he is given a second chance to fulfill his chosen fate. Unseong wakes up in the body of a child under training to become an elite soldier belonging to a Demonic sect. He must then embrace and master the demonic arts and seek his revenge.

The MC masters the demonic arts to a whole different level and becomes invincible. No other character overpowers him throughout the series.

3) Legend of the Northern Blade-

This manhwa features Moowon, the son of the great warrior and leader of the Northern Heavenly Sect, who protected the martial arts world from the evil Silent Night for decades. Moowon’s life takes a devastating turn when his father is forced to commit suicide to protect the lives of their people.

Now, orphaned with his clan scattered, Moowon dedicates his life to mastering the secret arts of his predecessors and becoming the greatest fighter. He swears to avenge his father’s unjust death and the other villains who are determined to ruin the world.

Moowon, as the MC of this manhwa, attains invincible martial arts skills and remains victorious over everyone who tries to take him down. Legend of the Northern Blade is undoubtedly one of the best murim manhwa highlighting an OP main character. 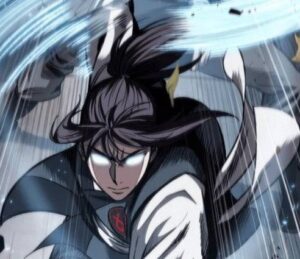 This manhwa features an orphaned MC, Cheon Yeo-Woon, from a Demonic cult whose life is brutal and misfortunate. Until one fine day, a descendant of his from the future visits him and installs a nanomachine in Cheon Yeo-Woon’s body.

As the machine activates, it unlocks a great deal of power within him which easily surpasses the martial arts of his Demonic cult. The story then narrates the journey of Cheon Yeo-Woon rising to a whole new level and becoming the best martial artist of all time.

The manhwa features a gorgeous art style with a well-written plot and interesting characters. Each character contributes to the plot and showcases amazing development. Nano Machine is worthy of stealing the second place in our list, featuring one of the best-written OP main characters. 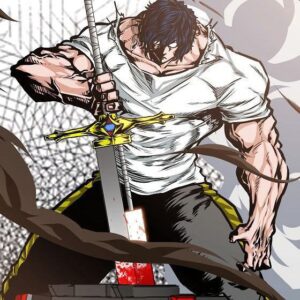 This manhwa narrates the story of a bullied middle schooler, Seayoung, who ends up in a coma for nine months. After his surprise recovery, he finds out that his father ended his life fighting to bring justice to his son.

Seayoung finds himself with severe hatred toward this unjust and cruel world. However, one fine day mysterious voices urge him to open a door that leads to an unknown rooftop. An enormous sword engraved with the words “fighting sword” sat in the middle of this mysterious rooftop.

As soon as the MC wields the sword, he becomes a muscle giant with incredible strength and various combat abilities. He then swears to seek revenge on everyone responsible for ruining his life.

Seayoung is one the most overpowered main lead to be featured in a manhwa. His physical strength alone is beyond all the other MCs on our list. Therefore, Rooftop Sword Master wins the title of the best murim manhwa with an OP main character in our list.

We hope you enjoyed our list. We will be back with more such articles where we rank and discuss various manhwa based on various criteria. Until then, stay tuned and happy reading!