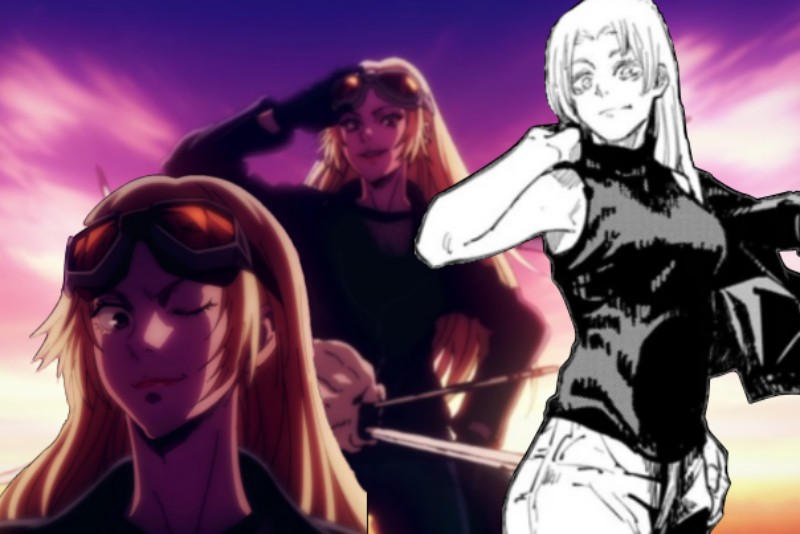 With the latest chapter, Gege gave more complex elements to analyze and to lose our sleepover. The newest chapter teases us with Tsukumo’s cursed technique and even Kenjaku’s “Empty Barrier.” It looks like Tsukumo is an overwhelmingly strong special-grade sorcerer that even Kenjaku is struggling to handle.

Like its predecessor, the newest chapter picked up the scene where Tsukumo crashes the fight and takes charge. Fans are massively relieved to know that Gege didn’t finish off Choso. As of now, he is injured and tossed out of the barrier.

Now, Kenjaku confirms that despite his control over the headquarters, he could not get any information about her cursed technique. But the latest chapter finally revealed some of it, and it looks as complicated as ever. When Kenjaku and Tsukumo are about to fight, they both analyze each other’s cursed techniques thoroughly.

Kenjaku proceeds to bring forth a special grade divine Asian cursed spirit that gets rid of all the “obstacles.” He then says that this cursed spirit “uses concepts against cursed technique targets.” However, Tsukumo effortlessly kicks off the cursed spirit using Garuda as a bowling ball.

Immediately after, Tsukumo closes in on Kenjaku and hits him with possibly the strongest punch in the verse. The punch itself was overwhelmingly strong enough to send Kenjaku flying past the circular definition of the Empty Barrier itself. He analyses Tsukumo’s cursed technique; however, she reveals it herself to be “Star Rage.” 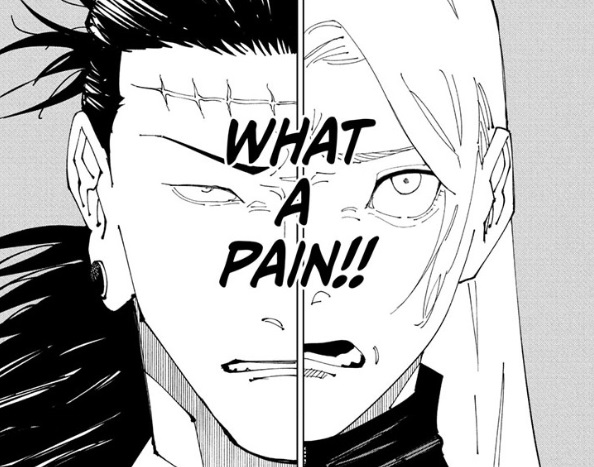 At this point, both of them analyze each other’s cursed technique and find it to be such a pain. Although, Tsukumo’s main goal is to make Kenjaku open up his domain. Interrupting her chain of thoughts, Kenjaku mocks her by insisting that she lacks confidence in her domain to use it upfront.

And right after, he proceeds to open his most grandeur yet equally grotesque domain, Womb Profusion. But the chapter reveals that Tsukumo and Tengen have planned something more. Right when Kenjaku opens up his domain, Tengen too is about to make a move as he’s conjuring a two-hand mudra as well. The chapter leaves us on this cliffhanger to keep guessing all we want.

Tsukumo’s cursed technique is called “Star Rage.” Her CT allows her to add virtual mass to herself and her shikigami, Garuda. When she adds virtual mass to Garuda, it acts as a powerful cursed tool. However, an interesting limitation here is that Star Rage only has two targets- Tsukumo herself and Garuda. This means that she cannot add or subtract mass from anything else.

A massive advantage of her CT is that, since it adds virtual mass, no other factors are affected, such as her speed, weight, etc. As Kenjaku confirms it, the sorcerer itself remains unaffected regardless of the virtual mass she added to herself. 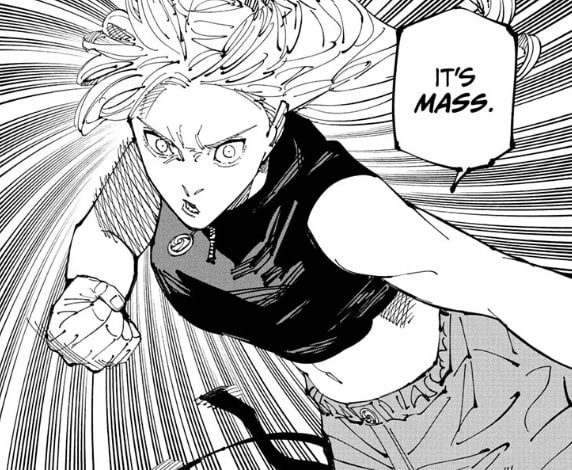 The very first move Tsukumo used to destroy Kenjaku’s divine cursed spirit using Garuda was the basic application of her CT. And following that, she punched him with a mass so dense and unfathomable that it broke the “borders” of the Empty Barrier, defying the very concept of the barrier itself.

Nevertheless, this is still very little information to fully understand the extent of her CT. We shall wait for the upcoming chapters to reveal more about the same.

At this point, we know that the new chapter doesn’t always pick up the story from the cliffhanger. There have been enough times when the scene completely shifts to a different location. If we are lucky, the next chapter will show us what exactly Tengen is about to do.

One possibility could be that he is opening up his domain to capture Kenjaku within it. Since the more refined and powerful domain overtakes the weaker one, it would be a shocker to find out which of their domain is.

However, if this is their plan, they’re unlikely to succeed, as Kenjaku has easily sneaked past Tengen’s barrier previously.

The chapter might also give us more information on Tsukumo’s CT and Kenjaku’s newly revealed domain. Perhaps we will find out why Tsukumo hasn’t opened up her domain against Kenjaku. Regardless, there are plenty of things Chapter 206 could cover; we just have to wait to find out.

Like most Shounen Jump manga, Jujutsu Kaisen follows a weekly schedule. As per Viz, Chapter 206 will be out on 4th December 2022.

As hard as it is to wait for the next chapter to find out more about Tsukumo’s CT, let’s not forget to appreciate Gege’s hard work in giving us exciting chapters to enjoy meanwhile. We shall wait patiently.