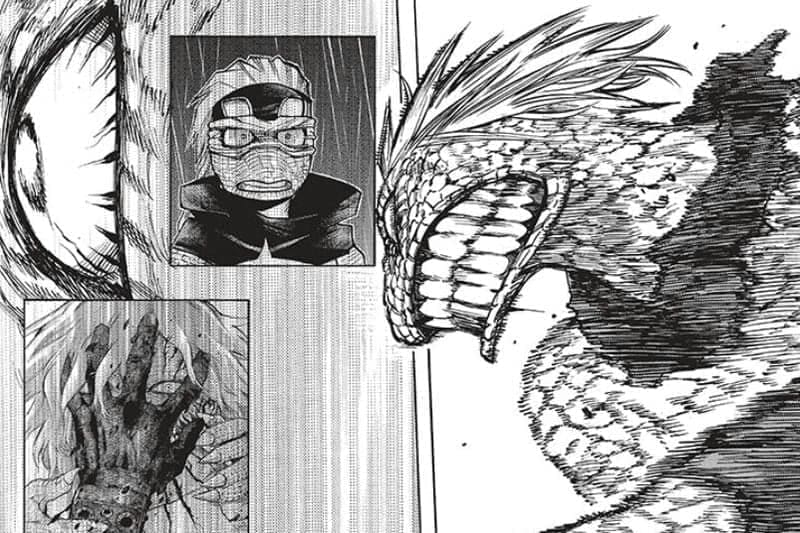 My Hero Academia Chapter 374 spoilers & raw scans are here and things aren’t looking good for the heroes. The previous chapter itself gave them a massive advantage through Kurogiri’s revival. And the latest chapter crushed any hope left for Kurogiri to regain the sense of his original self. Therefore, villains now have a massive advantage and can easily dominate the fight.

On the outside, Shoji did manage to inspire some reasonable thinking among the mutants. Thanks to pigman, the others began to question their violence too. However, despite all, Spinner succeeded in reviving Kurogiri after all. 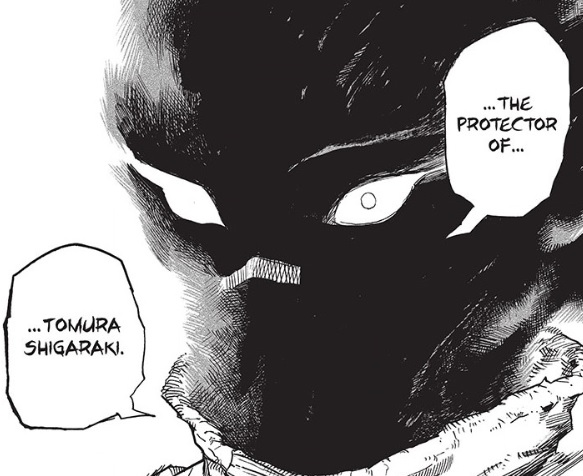 This time Kurogiri retains more physical features of his original self such as his eyes, nose band-aid, etc. Perhaps there may be a shred of hope for Kurogiri although, the chances are next to impossible.

Lastly, AFO proves himself to be as sneaky as ever. He implanted an additional recording in Shigaraki’s hand which was Spinner’s saving grace. Thanks to that he still managed to revive Kurogiri against all odds. The spoilers confirm that a lot depended on Spinner’s success in his mission. Let’s discuss it in detail.

Check out the detailed spoilers below:

As per Viz, Chapter 374 will be out on 27th November 2022 i.e this Sunday. Since the manga follows a weekly schedule, we don’t have to wait too long, more so because there’s no break this week. Therefore, we will soon find out how the villains take charge of the fight again. More importantly, what is this global threat that just aired?

Looks like the heroes now have more to lose than ever while they must deal with danger pouring in from every direction. So now that we have summed up My Hero Academia Chapter 374 Spoilers & Raw Scans, we shall meet again when the next chapter is out. Until then check out some more interesting articles from us.