Skip to contentHome » Anime & Manga » One Piece » Who is “Lurking Legend” in One Piece? 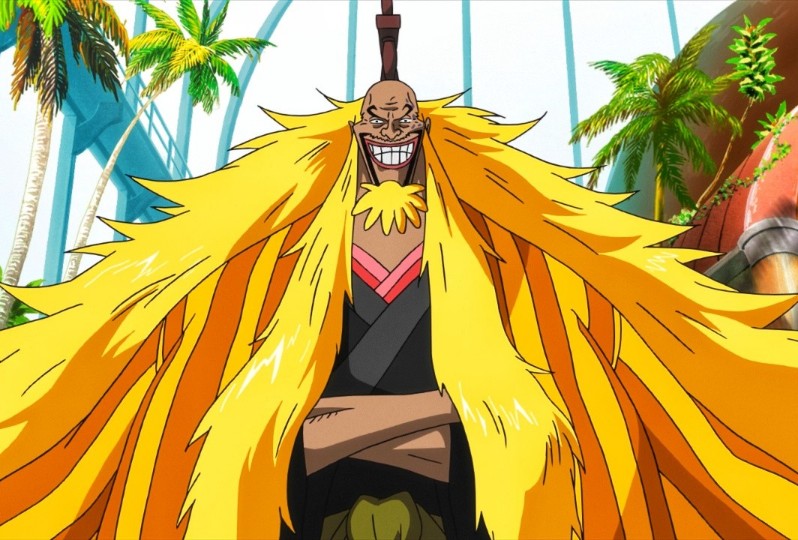 The time has come when we have to re-read Oda Sensei’s statement in the Jump Festa 2018. During the Jump Festa, Oda Sensei had delivered a message for the lovable fans. The announcement was later on translated by “sandman_AP.” In the message, Oda Sensei has given a brief idea about introducing one of the legends, the “Lurking Legend” in One Piece World. This legendary character will be the greatest enemy of the Straw Hats ever.

Since then, everyone has been thinking about the Lurking Legend for two years. Different predictions were made on various discussion platforms. Oda sensei hadn’t told us that when will this Lurking Legend set foot in the world? So, this has made the prediction even more difficult. According to the theories, the legend may raise in the celebration of the millennium chapter of the One Piece manga.

When “Lurking Legend” will introduce?

The theory is that something exciting will happen in the 1000th chapter of the One Piece series. The war is going on in the Wano between the Straw Hats and the Beast Pirates. Therefore, we predict that Kaido will be defeated in the millennium chapter, which will lead to the introduction of the Lurking Legend. Whenever the One Piece series has completed a milestone, Oda Sensei has shown something thrilling.

If we moved back to chapter 1, Oda Sensei introduced the Pirate King, Gol D Roger. The 100th chapter introduced Monkey D Dragon at Loguetown. In respect to the 500th chapter, Dark King Rayleigh was introduced in Sabaody. Now, all we have to wait for the 1000th chapter. All these predictions have concluded that the Lurking Legend will make an appearance in the upcoming chapters.

Oda Sensei has mentioned that this Lurking Legend will be the Straw Hats’ greatest enemy and be related to Whitebeard. It demonstrates that this legend is from Rogers’ era. Some of the fans have assumed that this legend is the Golden Lion, Shiki. It might be true because the Wano arc is going on, and Shiki is one of the best swordsmen of his time. He was the first prisoner known to break out from Impel Down. After that, no one knows where he is. Maybe he is somewhere lurking in the New World.

Another prominent theory is that the Lurking Legend is someone from the Rocks Pirate. After defeated by Gol D Roger and Monkey D Garp, Rocks Pirate got disbanded. Everyone in this Pirate crew was a legend, including Whitebeard, Kaido, and Big Mom. Hence, there might be the possibility that this legend was a member of the Rocks Pirate. Rocks D Xebec had his route of finding One Piece, but Roger and Garp crushed him. Luffy follows Roger’s path, which makes this Lurking Legend the Straw Hats’ natural enemy.

There are hundreds of possibilities, and this is our theory on the Lurking Legend. But we are pretty sure that the ending of Wano Arc will be the beginning of the greatest war in the history of the Anime World.