Skip to contentHome » Anime & Manga » Who is the main villain in Naruto & Naruto Shippuden? 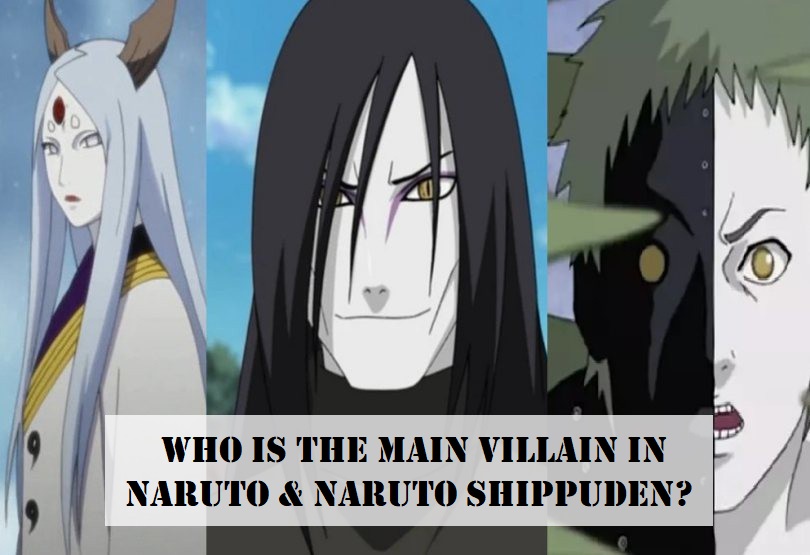 Naruto is one of the legendary anime series, all thanks to Masashi Kishimoto. The series has some of the best-written characters. Therefore, the series is full of gray characters in particular such as Obito, Orochimaru, Madara, Gara, and even Sasuke. But the OG Naruto features Orochimaru as the main villain in Naruto. As for the main villain in Naruto Shippuden, it ultimately turned out to be Black Zetsu and Kaguya.

However, there is more to them than simply being “evil” or “villain” per series. Let’s look at how they all came to be categorized as villains. 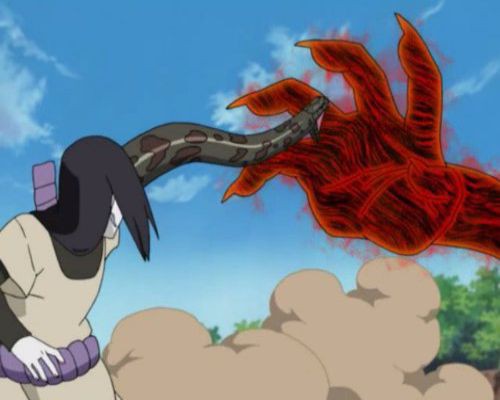 However, he could only manage to render both his hands useless so that he could not use any Jutsu. Even so, he managed to create a lot of new vessels using various forbidden Jutsu. Therefore, he continued to be the main villain in Naruto throughout most of the series.

Ultimately, when Orochimaru prepares to take over Sasuke’s body, he fails. Even if the legendary Sanins interrupt the process by commencing the Transfer Ceremony, Sasuke overpowers all and ends up destroying Orochimaru.

But the twist here was that even though Orochimaru’s body was destroyed, he was sealed in Sasuke’s curse mark. That is how he revives himself in Naruto Shippuden later.

Furthermore, Orochimaru becomes the secondary or, rather, a dormant character when Naruto ends. During the Fifth Great Ninja War, Orochimaru decides to help Sasuke protect the Konoha village against Madara. He only did so because he wanted to take over Sasuke’s body.

Later, everyone mutually agrees to pardon him for lending a significant amount of help to protect the Konoha village. And that is how he ceases being the bad guy by the end of Naruto Shippuden. 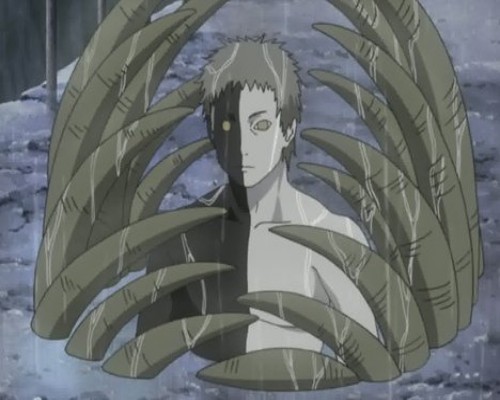 The plot starts by revealing Obito as the reason for the Fourth Great Ninja War. However, he turns out to be a broken and gray character. His reasons are revealed to be a broken heart and resentment for Kakashi. Later on, the plot revolves around the revival of powerful deceased characters such as all the Hokage and Madara.

Therefore, in that arc, Madara becomes the primary villain. He aspired to create a world full of peace and everyone he cared about. However, things didn’t go as planned, and he ended up going evil after defecting from Konoha Village. His ultimate goal was to become a god/sage of six paths. But that required more sacrifices than it would bring peace.

Following Madara’s actions, Black Zetsu came into the light as the main villain in Naruto. Since Kaguya created him, he manipulated several generations of many clans, such as Uchiha and Senju. His main goal was to get anyone of them to activate Rinnegan to revive Kaguya.

When he indeed succeeds, Kaguya becomes the ultimate and main villain in Naruto and Naruto Shippuden. Therefore, the final battle takes place where all the ninjas try beyond their best to surpass her. Although it took many sacrifices, the ninjas ultimately subdue her and restore peace.

So there you have it, these were all the primary villains in Naruto and Naruto Shippuden. The series undoubtedly has some of the best and OP characters with a rich plot. Furthermore, we will answer more such questions regarding various other characters and anime series. Until then, stay tuned and check some more articles from us below.