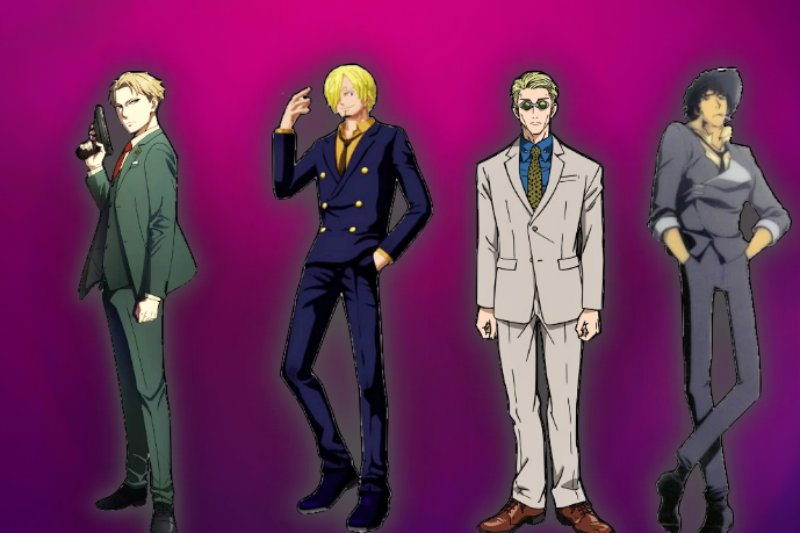 It’s often said that clothes make a man. That is certainly the case for these anime guys who clothe themselves in gorgeous and dashing suits. There are plenty of guys in anime who know how to rock a stunning suit. But for our ranking, we’ve picked 15 hottest anime guys out there who wear suits perfectly.

Here’s our ranking of 15 hottest anime guys with suit. 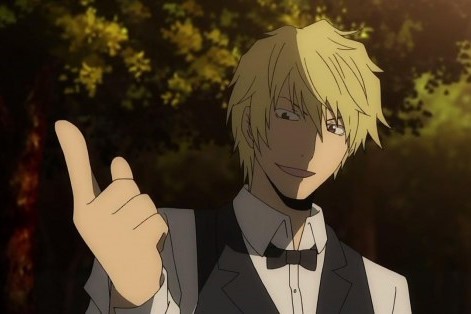 Shizuo Heiwajima is a violent and hot-tempered man, famed as the strongest man in Ikebukuro. He currently works as a bodyguard for debt-collector Tom Tanaka and is friends with Celty Sturluson and Shinra Kishitani while hating Izaya Orihara to his core.

A tall and good-looking young man, Heiwajima, usually wears a bartender suit with blue sunglasses. The suit consists of a white shirt under a black waistcoat and a black bowtie with black pants. The look is a classic one and suits Heiwajima well, pun unintended. 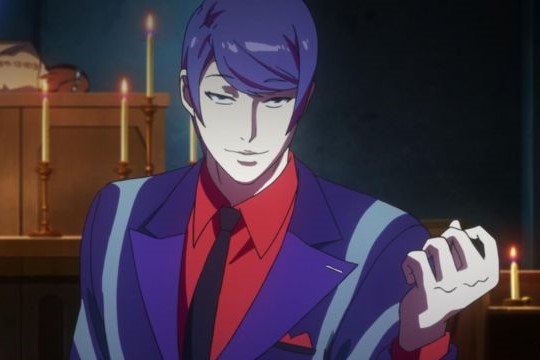 Shuu Tsukiyama is a Ghoul of the 20th ward and the heir of the influential Tsukiyama family. Dangerous and deadly, Tsukiyama is the infamous Gourmet Ghoul whose current obsession is taking a bite out of the half-Ghoul, Ken Kaneki.

Tsukiyama is a tall and attractive fellow with gentle features he received from his mother. He considers himself very stylish and often wears flashy European clothes. He loves to wear semi-formal attires sometimes, and other times, he prefers to clad himself in fully tailored suits. 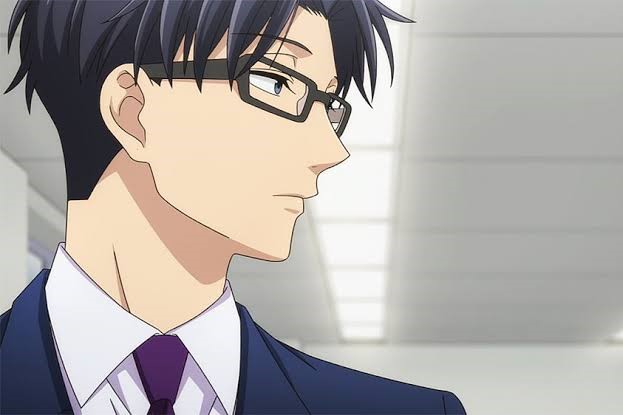 Hirotaka Nifuji is a chronic Otaku who is addicted to video games. He’s also a childhood friend of Narumi Momose, who later becomes his colleague. Lamenting the hopeless romantic failures of Otakus, Hirotaka and Narumi begin to date, all the while slowly falling in love.

Hirotaka is said to be a very handsome man, his only problem in dating being his personality and his hobby. As an office worker, Hirotaka wears a formal suit to work. His suit is navy-blue colored with a purple tie. He also wears a pair of black-rimmed glasses, without which he’s practically blind. 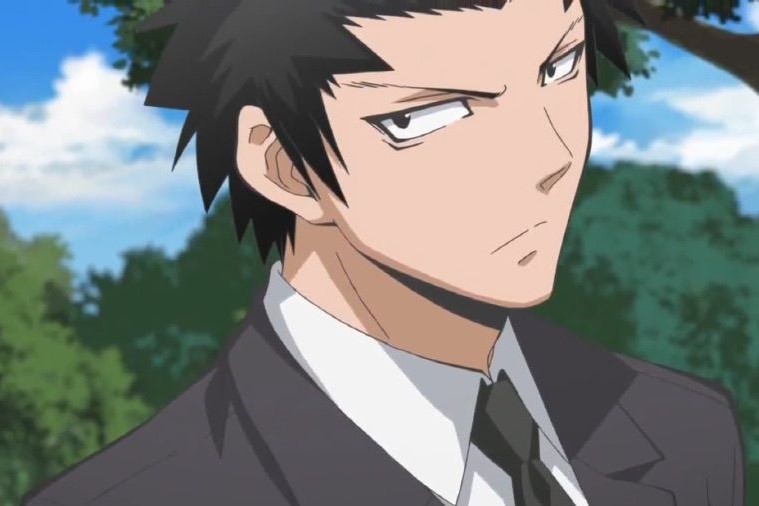 Tadaomi Karasuma is a government agent who is sent to Kunigigaoka High School to keep an eye on Koro Sensei; the man said to be the reason for the moon’s permanent crescent shape. In Kunigigaoka, Karasuma is assigned as an assistant teacher and the P.E. teacher of Class 3-E.

Like every guy in this ranking, Karasuma is a good-looking man with a tall and muscular body. A stern guy at heart, he prefers to keep his looks monochrome. His usual attire for school is a standard black business suit with a black tie. This look of his is liked by his students and dubbed as “Cool.” 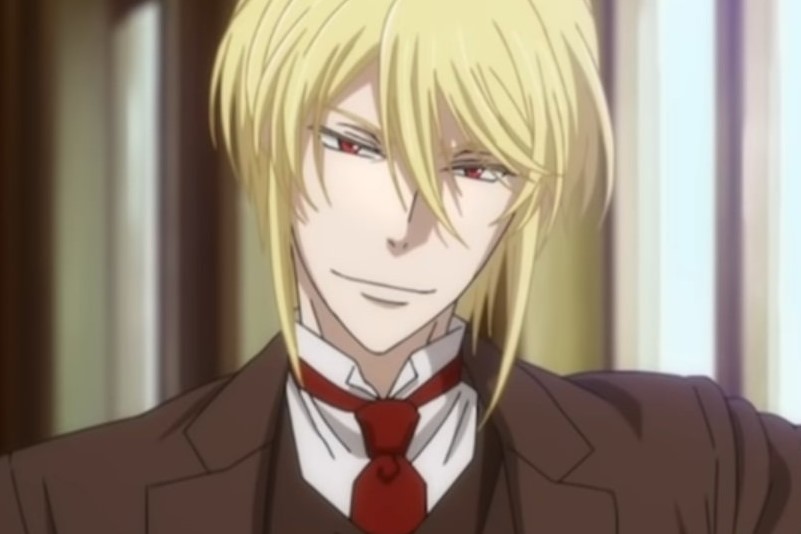 William James Moriarty is a professor of mathematics and a crime consultant. Growing up in an orphanage with his younger brother, Moriarty never knew his true name.

After being adopted by Albert James Moriarty and instigating a fire that kills the real William, Moriarty takes the dead boy’s name and life as his own. He’s also the arch-nemesis of Sherlock Holmes.

As the story is set in Victorian England, Moriarty is always seen in formal Victorian suits. His usual outfit is a brown three-piece suit with a deep red tie and a white pocket square. The striking bold color of the tie contrasts against the bland brown suit and complements Moriarty’s bright scarlet eyes. 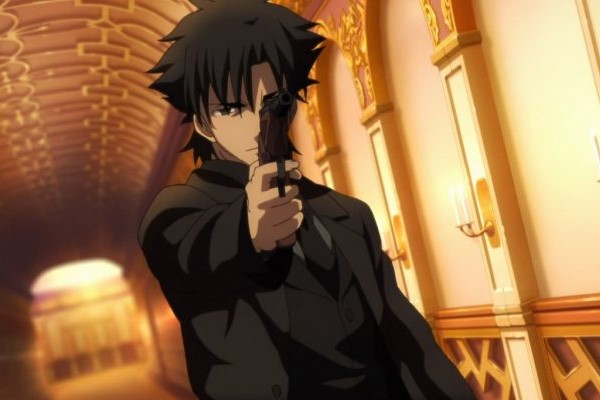 Kiritsugu Emiya is a participant in the Fourth Holy Grail War and the Master of Saber. He is a freelance contract killer known as the Magus Killer. He is also the husband of Irisviel von Einzbern and the father of Illyasviel von Einzbern.

True to his brooding personality, Kiritsugu likes to clothe himself in dark clothes. He wears a dark suit over a black shirt which is kept open at the collar, and a black tie. He also puts on a black overcoat over his suit. 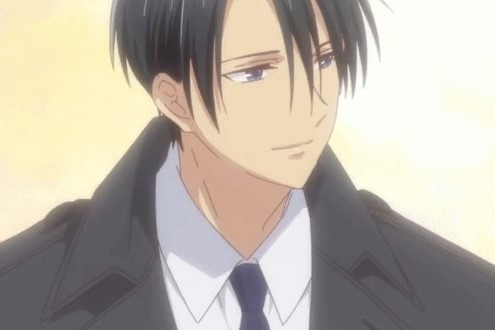 Hatori Sohma is the family doctor of the Sohma Family and the current holder of the Zodiac’s spirit of the Dragon, though his form is that of a seahorse rather than an actual dragon. He’s also been friends with his fellow Zodiacs, Shigure and Ayame, since childhood.

Hatori is a gorgeous man with a calm and serious personality. He always prefers to wear formal clothes and is often seen in a three-piece suit. His suit has a dark brown jacket over a black waistcoat, a white shirt, and a violet tie with dark pants. Sometimes he ditches the jacket for a more casual look. 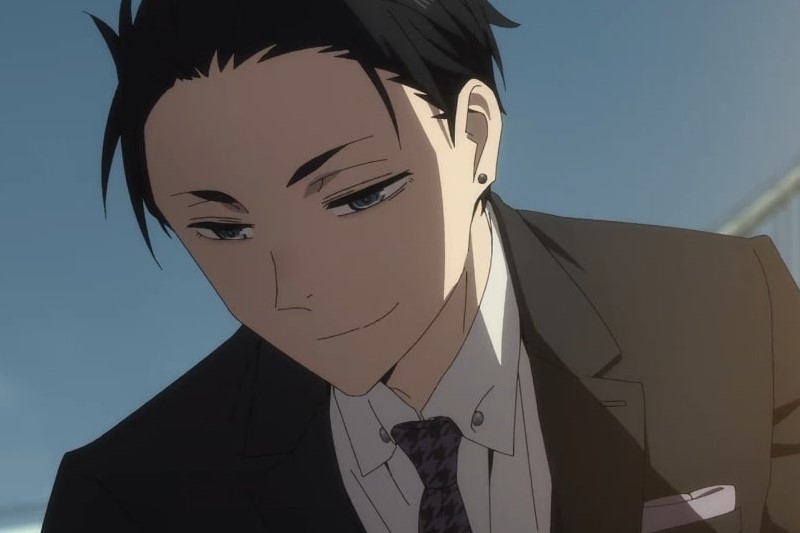 Daisuke Kambe is a Detective Assistant Investigator of the Detective Division in the Metropolitan Police Department and the heir of the billionaire Kambe family. After joining the police force, Daisuke is partnered with Haru Kato.

Daisuke is a very handsome man and prefers classy and formal outfits. As a rich man, his clothes are always top-notch. He wears a black three-piece suit with a red pocket square.

He also wears a maroon dress shirt with a white collar and cuffs. His tie is also black, with gray lines intersecting each other, along with a tie clip. 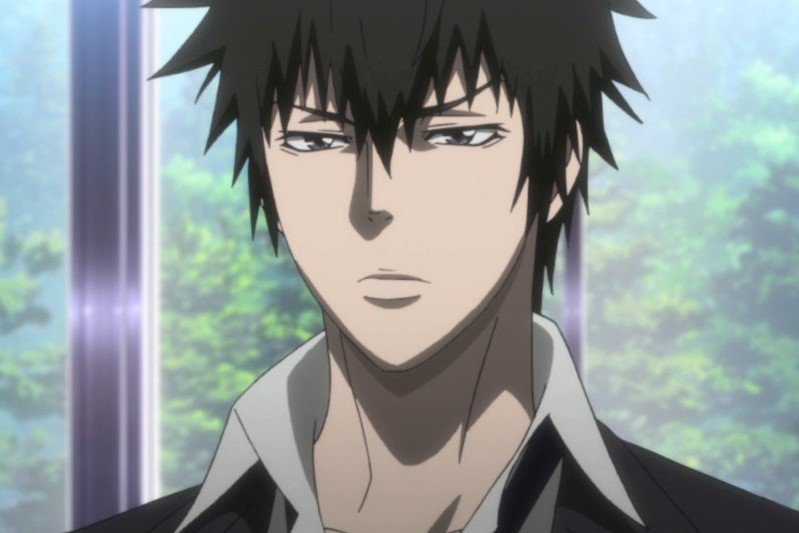 Shinya Kogami is an Enforcer in Division 01 of the Criminal Investigation Department of the Public Safety Bureau and was assigned under Akane Tsunemori.

Kogami himself was once an Investigator, but after seeing his colleague killed in a certain case, his Psycho-Pass results begin to cloud, leading him to get demoted to an Enforcer.

Like every member of the Criminal Investigation Department, Kogami wears a simple black suit with a thin black tie. He keeps the collar of his white shirt open, leaving his tie to dangle low. It gives him a particular edge and a roguish aura. 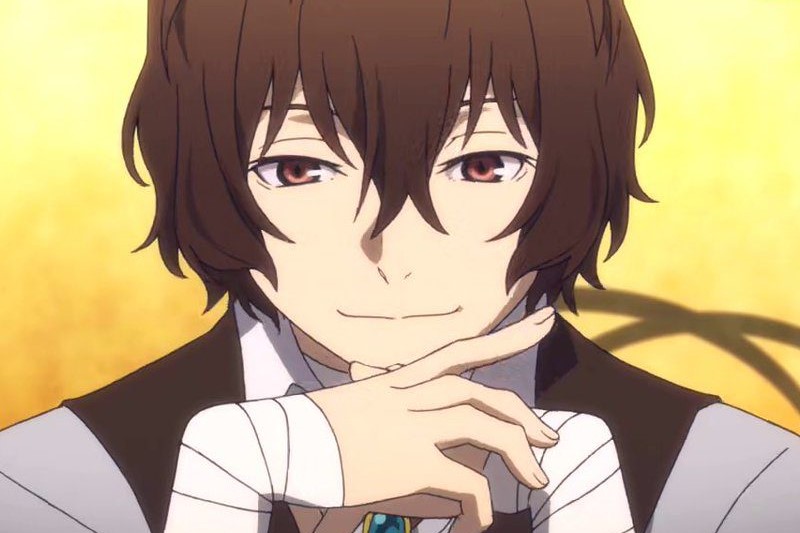 Osamu Dazai is a member of the Armed Detective Agency as well as a former member and the youngest executive of Port Mafia. During his time in the mafia, he was partnered with Chuuya Nakahara in a team called Twin Dark. He holds a special Ability called No Longer Human.

Dazai has an eccentric personality which his dressing sense reflects quite well. He likes to wear bandages all over his body and wears a white shirt under a black waistcoat and beige pants, with a black bolo tie held together by a brown ribbon and a turquoise pendant. He pairs this look with a sand-colored trench coat. 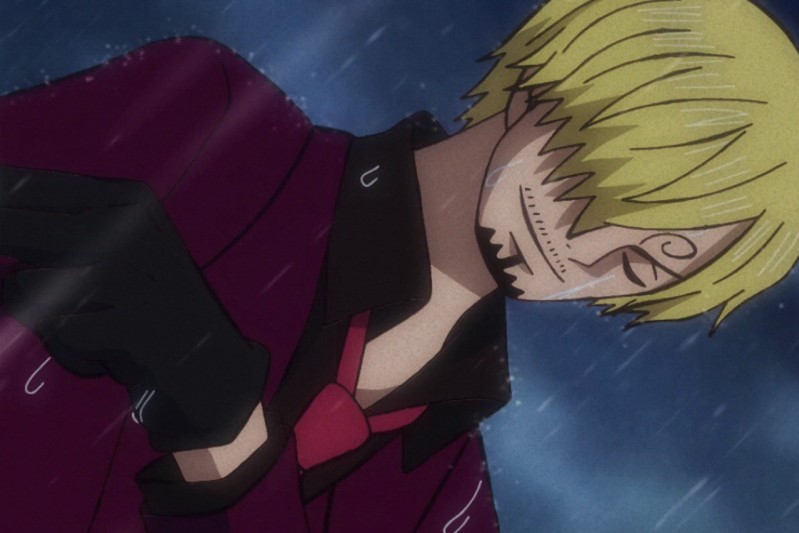 Vinsmoke Sanji is the cook of the Straw Hat Pirates and is nicknamed by the Marines Black Leg Sanji for his fighting style.

He’s also the third son of Vinsmoke Judge, the notorious king of the scientifically advanced Germa Kingdom, though he was brought up by a pirate and cook named Zeff after running away from his family.

During the course of the series, Sanji has had many outfits, most of them more formal and classy than his fellow male crewmates. A lot of Sanji’s outfits are double-breasted suits. In fact, his first outfit of the series was a suit. A man of culture, Sanji dresses as finely as he cooks. 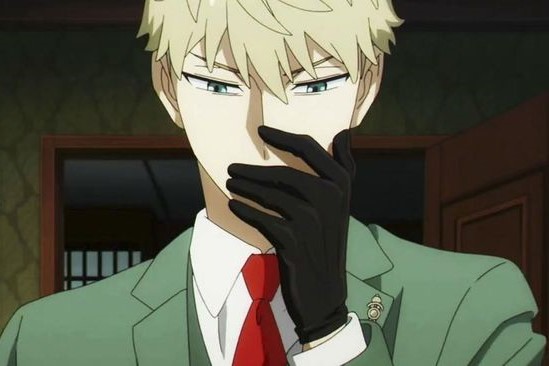 Loid Forger is the name taken by Westalis’ best secret agent, Twilight, for his latest undercover mission in Ostania. For the mission, nicknamed Operation Strix, Loid is required to have a wife and a child in order to get close to Donovan Desmond. This leads him to adopt a little girl called Anya and get into a fake marriage with Yor Briar.

Loid is frequently called a very attractive guy by the people around him. For his newest role as a psychiatrist and a family man, he wears a green three-piece suit and a red tie, with a dagger-shaped pin on his left lapel. 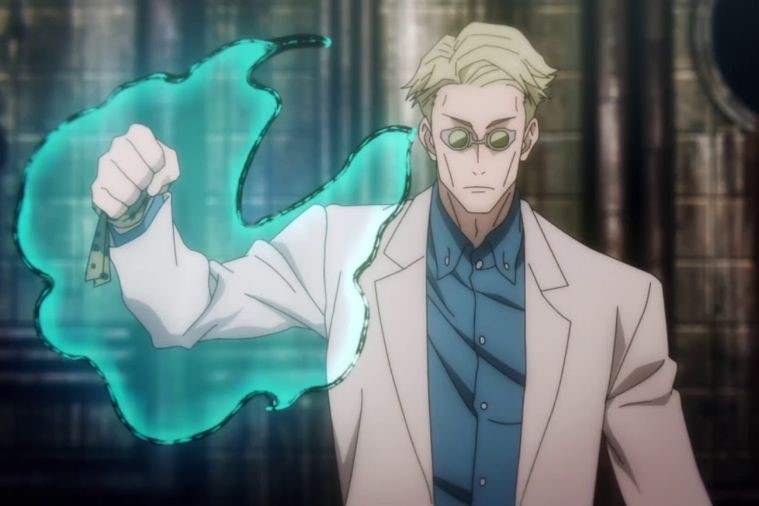 Kento Nanami is a Grade 1 Jujutsu Sorcerer and a former student of Tokyo Jujutsu High. During his time as a student, he was an underclassman of Satoru Gojo, Suguru Geto, and Shoko Ieiri.

After a publically dead Yuji Itadori is forcefully entrusted to him by Gojo, he comes to care for the young man and becomes a mentor-like figure to him.

A serious man to his very core, Nanami prefers to clad himself in formal clothes. In accordance with his previous occupation as an office worker, he can always be seen in a business suit. He wears a gray suit with a blue shirt and a yellow tie with black dot patterns. 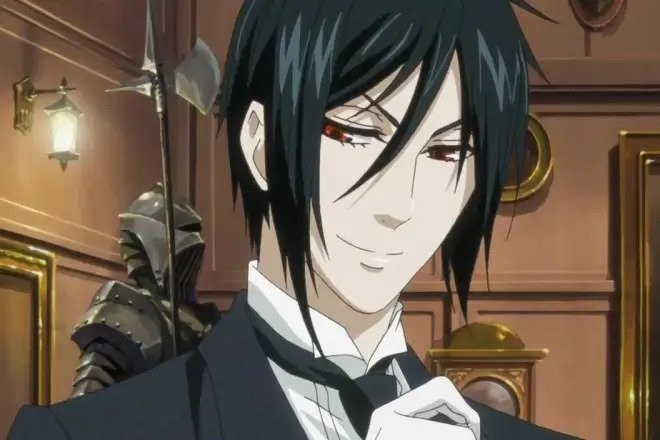 Sebastian Michaelis is a demon who makes a deal with a vengeful Ciel Phantomhive to help the boy extract revenge on his enemies in exchange for his soul. In public, Sebastian acts as the doting butler of the young lord while taking care of his enemies in the shadows.

Originally a demon, Sebastian’s beauty is otherworldly. As his role as Ciel’s butler, Sebastian wears a classic Victorian butler uniform with a black three-piece suit with tails and a purple bolo tie pinned together with a skull pendant. He also wears white gloves, as befitting of his role, and a pair of black dress shoes. 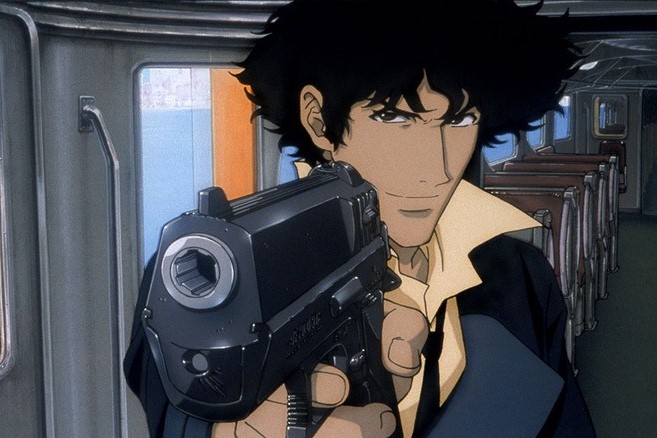 Spike Spiegel is a bounty hunter who travels through space with his ragtag crew mates in a spaceship called Bebop. Before his career as a bounty hunter, Spike was a member of the criminal organization Red Dragon Crime Syndicate.

After falling in love with Julia, the girlfriend of his partner in the syndicate, and getting tired of violence, he faked his death to leave that life behind.

A chill guy at heart, Spike wears a blue leisure suit with a yellow shirt and a thin black tie hanging low from his opened collar. The cool, laid-back vibe it gives him is so in tune with Spike’s personal aura is the reason why this particular outfit is so iconic.

It also explains why Spike Spiegel stands at the top of our ranking of hottest anime guys with suit.

With this, our ranking of 15 anime guys with suit finally ends. Do you agree with the ranking or do you want to add a guy or two, or maybe remove some from our list? Let us know.