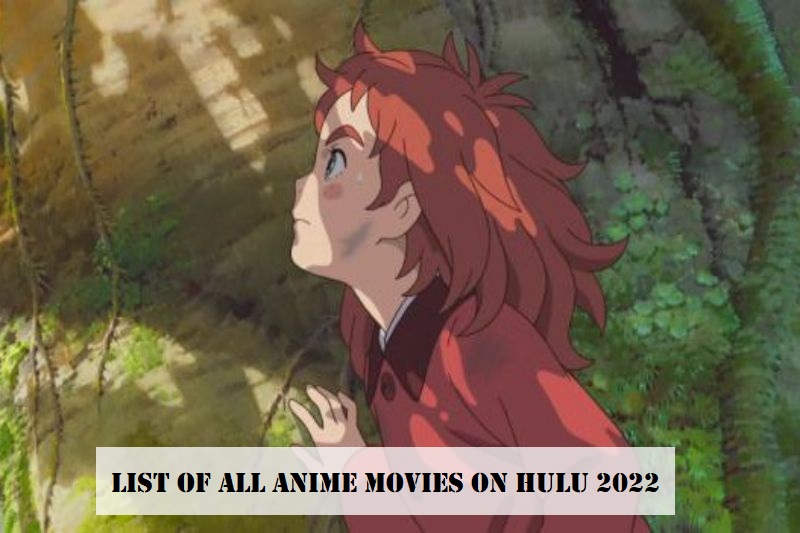 Anime movies are simply a compact treat for those who have just begun getting into anime. And thanks to its popularity, official platforms such as Netflix, Funimation, Crunchyroll, Prime Video and Hulu, etc., have built a diverse library of anime and anime movies. So here’s a list of all anime movies on Hulu as of 2022 that you can watch right away. 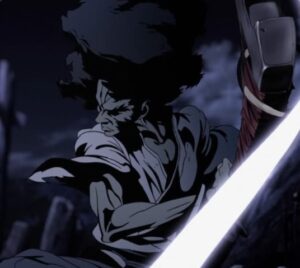 Afro Samurai Resurrection is one of the popular samurai action anime movies. The movie is the sequel to the Afro Samurai and gathered lots of praise from the audience.

The story is filled with action, high stakes, and adventure as the MC discovers dark secrets. The MC is an ex-samurai living his life making wooden sculptures. However, his past comes back knocking when his siblings assault him and take away his sword and headband bearer. 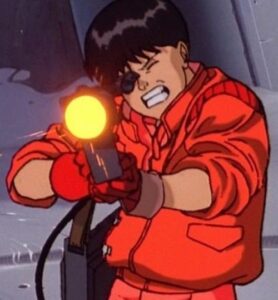 Akira is available on Hulu even now. The movie is set in the WWlll era but with several other sci-fi and mafia elements. The MC deals with gangs and a corrupted government protecting those he cares about. Although, he isn’t too clean himself.

The movie simply captures tragedy, action, and fiction to its best. If you enjoy the blend of these genres, you mustn’t miss out on this anime movie on Hulu. 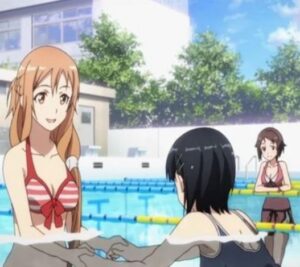 If you love the SAO series and are not ready to move on, this is the movie for you. Luckily, Hulu has it. This movie contains scenes from the story when Kirito rushes to attend emergency counseling while Asuna, Suguha, and other SAO survivors hang out.

This part of the story takes place after the whole SAO incident. Now, the twist here is that someone purposely planned this emergency counseling to start the SAO incident all over again. 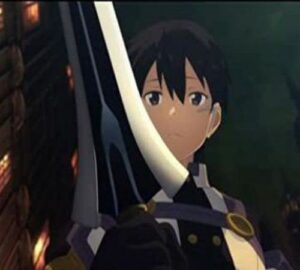 Ordinal Scale is another spin-off, or rather a short sequel to the SAO franchise. The story is set four years after the whole SAO incident, where a safe technology, the Aguma, exists. It allows the player to play fantasy role-playing games while they’re conscious and is harmless.

Therefore, Kirito and the group decide to dive into one of the games using this technology, the Ordinal Scale, to have fun. However, they soon find out there’s more to this game. And so begins something similar to what they faced in SAO. 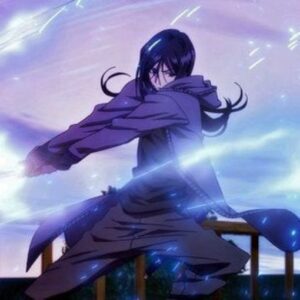 K-Missing Kings is of the best movie blending action and supernatural elements. The characters are extremely layered and well-written, which you’re sure to enjoy. If you love a mild psychological thriller, this movie is it.

This movie is a part of the K Project series and falls after the first part. However, you can still watch it on Hulu even if you haven’t watched the first part. 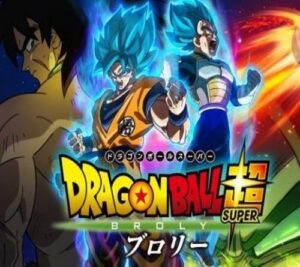 This movie is part of the Dragon Ball series, so that’s already a good reason to watch it. In addition to that, the plot of the movie is set after the Power Tournament, where everything is settled and is running smoothly.

The movie introduces a character, Broly, that becomes a challenging and dangerous opponent to Goku and Vegeta. They must now deal with him to maintain peace on Earth. And the result of that is another action-filled movie of Dragon Ball. 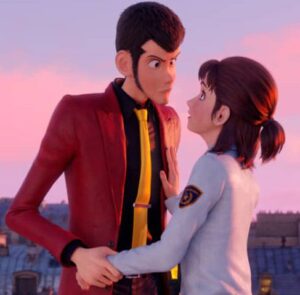 Lupin lll is one of the anime movies on Hulu featuring the Nazi era. The movie belongs to the Lupin series and acts as a comeback of the famous “Gentleman Thief.” Therefore, if you are a fan of the franchise, you are bound to be nostalgic and enjoy another action-packed tale of Lupin.

The plot is filled with everything illegal, such as prison breaks, felonies, heists, spies, etc. This time Lupin attempts to catch hold of a secret diary called Bresson Diary, all amidst the Nazi era.

8. Made in Abyss: Dawn of the Deep Soul 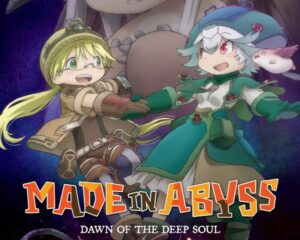 If you love a good fantasy sci-fi with a dark plot, watch this anime movie on Hulu. The movie is the third part of Made in the Abyss series. Luckily, two more of these anime movies are available on Hulu.

The plot focuses on two travelers, Riko and Reg. This movie continues their journey into the fifth layer of the Abyss; however, they can only return from it after losing their human form.

They soon run into the main antagonist, a lunatic scientist named Bondrewd. Together they must navigate their way through one of the deepest layers of the Abyss.

9. Made in Abyss: Journey’s Dawn 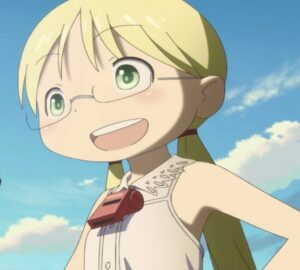 Made in the Abyss: Journey’s dawn is the first movie of the series. However, most of it is a compilation of the initial episodes of the anime. However, there are new scenes that further deepen the plot.

Riko and Reg meet the White Whistle Ozen, who reveals some shocking information. The two further navigate the second layer of the Abyss to learn more about the same.

10. Made in Abyss: Wandering Twilight 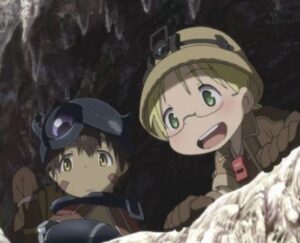 This anime movie on Hulu is the second part of the MIA series. It concludes episodes 9-16 until when Riko and Reg reach the fourth layer of the Abyss. It introduces more about their encounter with Nanachi and her immortal companion, Mitty.

Unlike the anime series, this movie fleshes out Nanchi’s friendship with Riko and how they deal with Mitty. Therefore, you absolutely must watch this movie if you already love the series.

11. Mary and the Witch’s Flower 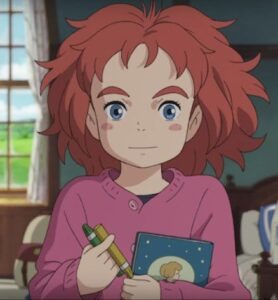 This movie is one of the classics by Studio Ponoc in its signature animation style. The plot of the movie is a perfect fantasy blending magic and mystery.

It focuses on a clumsy girl, Mary, who ends up in a secret magic school. She is even mistaken to be a new student and, therefore, allowed inside the school.

Thanks to the mysterious color-changing cat she followed into the woods, Mary is now in a new world of magic, witches, and more. Watch her become a witch through obstacles as she unlocks some deeply hidden secrets. 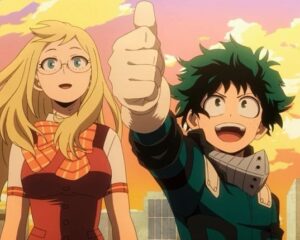 Two Heroes is the first movie, or rather a spin-off of the main series. If you love MHA, watch this movie featuring a new plot instead of compiling the episodes. It introduces two new characters who are genius equipment engineers, Dave and Melissa.

The plot starts with Class 1-A visiting the I-Island to attend a festival. However, this dedicated research island is suddenly under attack by a mysterious squad of villains. The budding heroes then showcase their teamwork to protect everything that matters. 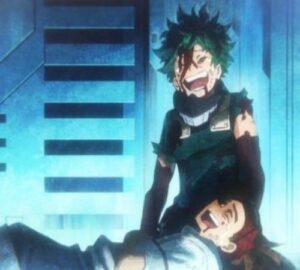 World Heroes’ Mission takes Class 1-A to an international level. Midoriya is suddenly accused of a crime he didn’t commit during their visit to a different country. And on top of that, they discover that a new and dangerous villain is set to eradicate humans with quirks.

Flect Turn was subdued by the pro heroes; however, he managed to escape to fulfill his mission. He even developed a technology that forces humans with quirk to lose control and cease to exist.

Now, Midoriya, together with his new friend, Rody, and his classmates, must protect the innocent. 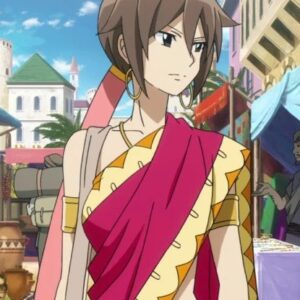 Fairy Tail series has a massive fanbase, and to satisfy their craving, the franchise has quite some movies. The Phoenix Priestess is one of the Fairy Tail movies available on Hulu even now, so you can head over there and watch it.

The plot introduces a new character, a young girl with memory loss who has a strong grudge against wizards. So, of course, the Fairy Tail Guild deals with her as they learn more about what happened to her. They learn of her origin and land, which further shocks them. 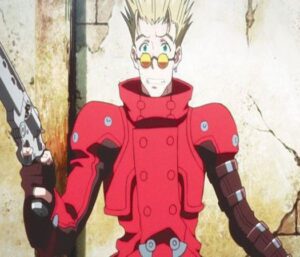 This movie serves as a prequel to the Trigun series. It narrates Vash’s encounter with an organization of bank robbers before his career. Their leader Gaspack was backstopped by his men and, therefore, was on a murder spree.

However, standing as a major obstacle to his revenge plan was Vash: the stampede. He teams up with mysterious yet sharp characters who help him stop Gaspack from fulfilling his mission even after a decade. If you love an action-packed heist, this anime movie on Hulu is a must-watch.

So with Trigun, we have listed all the anime movies available on Hulu that you can watch right away. Most of them are independent of the main series, and therefore, you can enjoy them even if you haven’t watched them. We shall conclude the article here.

We will be back with a fresh list of various anime, manga, webtoons, manhua, and more, falling into various categories. Until then, browse through our site and read some more articles covering the same. Alternatively, there are plenty of interesting articles to check out too. Happy reading!