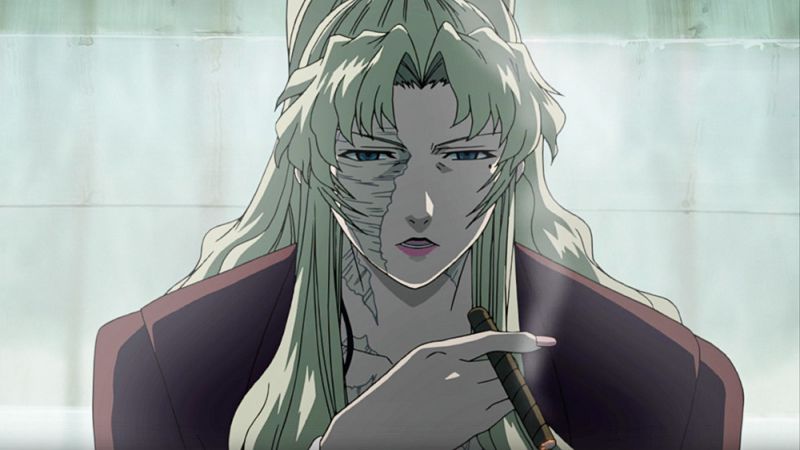 In this article, we are going to enlist the top 10 best Russian characters to have featured in animes up till now. The list is going to pretty interesting, with some popular characters who are going to be mentioned. Let us take a look at some of them who have managed to make it into the top 10.

Zhores also known as the Ice Queen, is a Russian spy in Absolute Obedience. He got that nickname since he is famous for his coldness as a secret agent. As a member of KGB, he tries to gather valuable information and send them back to his home country. He is strongly hated by Reiner Muller after his valuable information was stolen by Zhores. Zhores usually engages in seduction in making his target spit out confidential secrets.

Simon is a part of the Dollars in Durarara. He runs a Russian Sushi shop in partnership with his old friend Denis. However, he is more than just a normal shopkeeper. He is widely regarded as one of the strongest men in Ikebukuro and the most powerful person in terms of a fistfight. He usually stands out among others due to his towering height. Despite possessing a threatening appearance he is a pacifist who always tries to stop fights and convince people to live in harmony.

Klara is one of the supporting characters in Girls und Panzer. She was a recent transfer student having previously studied in Pravda Girls High School. She was born and brought up in a city in Russia called Novosibirsk. She is highly proficient in Sensha-do and managed to enter Katyusha’s team quickly. Her main strength lies in analysing the enemies’ movement patterns in battle and she serves as the commander and gunner of her tank. She is also quite elegant as a girl and her straight blond hair and light blue eyes make her stand out among the rest. She is generally known among her compatriots as a calm person who rarely loses her temper. She is very responsible and completes every task in a calculated and graceful manner.

Anastasia is a half-Russian character in Cinderella Girls. She spent her first ten years in Russia which allows her to speak in a fluent Russian language. She is attracted to astronomy and spends her usual time stargazing. She is Japanese on her mother’s side and she started staying in Hokkaido after coming to Japan. She goes by the nickname of Anya and throws some Russian phrases casually while talking.

Sergei Smirnov is a Russian commander in the famous television series Mobile Suit Gundam 00. He was in charge of the Human Reform League forces alongside being the leader of the Chobu Squadron. After the Earth Sphere Federation was formed, he was promoted to the commander of the Earth Sphere Federation Army. He is widely experienced in battle having earned the nickname of “Wild Bear of Russia” in the 4th Solar Wars just at the age of 25. He is extremely disciplined and knows better than to question his superiors about his orders. He is a stern and strong-headed man who doesn’t listen to rumors and only believes in something after he has seen it with his own eyes. He is fireman expert and skilled tactician which allowed him to regularly gain an upperhand over his enemies on the battlefield.

Blanca is a professional assassin who goes by the real name of Sergei Varishikov. He is merciless in his job and is ready to carry out any murder as long as he is paid for it. We saw his effectiveness as a killer when he murdered Eiji Okumura after being hired by Yut-Lung. He is very cold in his appearance and serious for most parts. While growing up he has never known what love is, being solely focused on carrying out his tasks. He graduated from Moscow University at 18 years of age after which he joined the military service.

The Russian figure skater of Yuri on Ice takes the 4th spot in this list. In addition to being a figure skater, he is also a coach and a choreographer. Moreover, he is the fiance of the protagonist of the series, Yuri Katsuki. He was really skilled in this profession and went on to win five World Championships consecutively. He was already at the top rank by the age of 16 having accumulated numerous titles. He learned figure skating under his coach, Yakov Feltsman in his rink in Saint Petersburg, Russia.

Balalaika is a Russian Lord in the Black Lagoon series. Balalaika was only her alias while her real name was revealed to be Sofiya Pavlovena. She had a rough childhood without knowing the love and care of her father. Her early days were spent in the Soviet Army and being involved in the Soviet war in Afghanistan. She is easily recognised with her characteristic burn marks on her face which she received in Afghanistan. Her strength lies in her excellent sniping skills which made long range combat preferable for her. When she is not on the battlefield destroying her enemies, she loves to spend her time while smoking a cigar.

Lev is a giant volleyball player for Nekoma High in the fan favourite sports anime, Haikyuu. He used to serve as his team’s middle blocker while towering over his opponents’ spikes. His height made it naturally easy for him to play as a middle blocker and also to send powerful spikes over the net. He has a cheerful personality and he quickly became friends with Hinata. His unique whip-like spike allows him to control the direction of his shots. Despite having no previous experience in Volleyball he caught up quick and proved to be a fundamental member of his team.

The dashing member of Luffy’s Straw Hat Pirates takes the number one spot in this list. She is an archaeologist with an immense hunger for knowledge. After her hometown was destroyed at an early age, she had to endure a rough childhood surviving through difficulties all these years. As a child, she had eaten the Hana Hana no Mi which allowed her to create body parts from any surface. She is a skilled fighter and proved to be a valuable addition to Luffy. She is also the only person in the series who can decipher Poneglyphs.

On that note, we come to the end of this top 10 list. It was no surprise to see Nami and Lev feature in the top 2 since their animes are hugely popular among the fans. Other than that, Black Lagoon has once again proved its diversity with another of its character being featured. We will come back with more top 10 articles. Till then, look out for more fantastic articles.