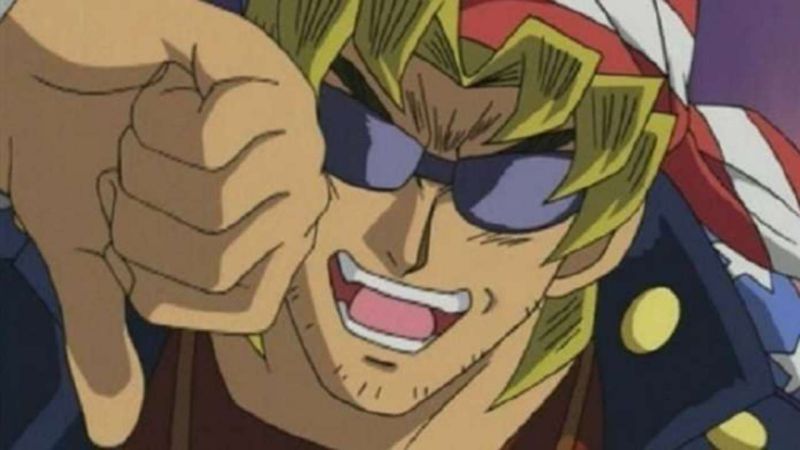 We are habituated to see Japanese characters in anime since most of the stories are based in Japan. However, some animes have a diverse set of characters belonging to various nationalities. Among these, characters of American origin are most common, and some of them have made quite a mark in the years gone by.

In a traditional high school setting of a story, these characters are often found as transfer students from America who have come to study in Japan. Some other ways in which they are involved are in the Police Force or for special secret missions. Let us go through some of the top 15 best American characters to have featured in animes in all these years.

David Eagle is a professional boxer from America known for his hybrid fighting style. He won the title of WBC middleweight champion and also secured the gold medal in Olympics. During the third WBC middleweight tournament, he fought Takamura Mamoru in order to defend his title. He had an impressive record of winning 17 out of 18 matches and achieving 14 KO wins. He is pretty famous for defeating some heavyweights like Richard Bison in the Olympic Qualifiers. His hard work and a vast array of tactics bore their fruits in the ring as he remained undefeated in the Olympics before the start of his professional career. He continued to keep on fighting while searching for someone who could defeat him and found that in the form of Takamura.

The first and the most prominent player to be featured in Inazuma Eleven is Ichinose Kazuya. Despite suffering a gruesome injury in his childhood he overcame it and returned to Japan to play alongside his childhood friends. He is the creator of the move Tri-Pegasus which helped Raimon progress to the finals of the National tournament. He later left Japan and returned to America to play for their national team, Star Unicorn. He is a prominent midfielder for both his club and country.

One of the main characters of Lucky Star, Patricia Martin makes her way into 13th place in this list. She was given the nickname of Patty and was a transfer student from America in the first year. Patricia is a hardcore Otaku who learned Japanese profusely through the help of anime and manga. Throughout the series, she is a joyful character to watch with her bubbly and energetic nature and a keen interest in yaoi.

Jodie Starling was introduced initially as a mysterious character who had come from America to teach in Teitan High School. Conan was always wary of him but it was finally relieved that she was a secret FBI agent who was working undercover to expose the secrets of the Black Organisation. She has a direct rivalry with Vermouth who had eliminated her parents in front of her and set her house on fire to destroy all the shreds of evidence. Jodie Starling really grew into the hearts of the fans with her quirky accent and sweet nature. She also proved to be a valuable companion to Conan on numerous occasions.

Stanley works as an ex-military officer and is one of the main antagonists of Dr. Stone. Although he lacks skills in the scientific side of the story, he possesses superior tactical intellect and destructive firepower proving to be a formidable foe to Senku on multiple occasions. He is extremely loyal to his friends which was proved when he went all the way to South America after Dr. Xeno got captured by the Kingdom of Science.

Kaiou Dorian is a proficient Chinese Kenpo fighter in Baki the Grappler series. He is a part of one of the five escapees assigned with the task of tracking down the fighters of Tokyo. Despite achieving a prestigious title, he lost faith in martial arts due to his ego. As the story progressed he resorted to cheap and dirty tricks to defeat his opponents in battle. One of them included the trick of suddenly starting crying and trapping his opponents with pity before catching them off-guard with a powerful blow. He also has many strong points including the skillful ability to use the environment to his advantage. However, what he has in terms of strength, he lacks in terms of judgement as he has shown to act like a kid many times in the series.

Alexandra Garcia was a champion WNBA player who switched to teaching basketball to street kids after leaving the sport. She was a swift and formidable player in her time and she uses all of that experience in her training of Taiga Kagami and Tatsuya Himura. Her trainee skills are even more proficient due to her natural ability to spot someone’s strength and make them play accordingly with cunning tactics. However, her training is often interrupted due to her flirtatious personality and she doesn’t even spare her two students from that.

The man renowned as the Emperor in the Kengan Omega series takes the 8th spot in this ranking. He was an American Street Fighter who took part in the Kengan Annihilation Tournament while representing Boss Burger. He decided to stay in Japan after the conclusion of the competition to gain more experience in the Kengan matches. He is quite aggressive not only with his fighting style but also with his mouth. He had no respect for his opponents which ultimately changed after he suffered a crushing defeat against Cosmo.

A class 1-B student from America in UA High manages to make her way in the 7th position. She is a bright student who mastered her Quirk, Horn Cannon after coming to UA within a short period of time. Her Quirk makes her a long-range fighter as she can direct them and pierce enemies with them at her will. She displayed her battle proficiency in the Joint Training Battle Arc where she pinned Shoji to a wall making him unable to move. She also revealed her special technique, Thunder Horn to defend against Shoji’s Octoblow and took everyone by surprise.

Dan Eagleman is one of the most popular American characters in the Anime world. He used to be a professional Football coach but later changed his profession to that of a GHQ Colonel. He was shown to be always full of energy and loved to give a pep talk to his subordinates in order to charge them up. However, he is quite irresponsible with his tasks and often messes them up while trying to conduct experiments of his own. His most notable feature is his chivalry and he believes in fighting for the greater good.

Thomas Andre is an S-Rank national level hunter from America. In addition to being the most powerful hunter, he is widely regarded as the strongest tank in the world. Being the vessel of a Ruler further enhanced his physical abilities and battle skills. We saw how he established his power by dominating Hwang Dong-Su with just his aura. He takes pride in his abilities and thus doesn’t like to owe any favours to anyone.

Revy is a Chinese-American and one of the deadliest fighters in Black Lagoon. She excels with firearms and her innate ability to dodge bullets makes her a scary opponent against any enemy. She is also very flexible with her movements offering her a wide range of mobility. The precious member of Lagoon’s military might can single-handedly destroy an entire enemy platoon by herself. She has had a troubled past being raised by an alcoholic father which shows up in her cynical and nihilistic personality.

Bandit Keith was a U.S. Duel Monsters Champion who was widely known for his duelling capabilities. He served as one of the secondary antagonists due to his actions against Pegasus and Yugi. He suffered a humiliating defeat against Pegasus due to his Millenium Eye which led to a strong grudge in Keith. After sneaking into the Duelist Kingdom he spent his time strengthening his deck and bidding his time for a rematch against Pegasus. In terms of being a duelist, he is quite adept in adjusting to his opponents as he mastered various decks which he keeps hidden inside his jacket.

The 23rd president of the United States takes the second spot in this ranking and just misses out on the first. Despite being one of the major villains in the series, she is quite popular due to her leadership and shrewdness. She organised the Steel Ball Run Race in order to acquire the Saint’s Corpse and improve the progress of the United States of America. Moreover, her ability to travel through various dimensions made it almost impossible for anyone to track her down.

Our beloved mechanical boy from One Piece acquires the first position on this list. A late addition to the Straw Hat Pirates, Franky has proved to be a much-needed engineer in Luffy’s crew. This energetic cyborg had a tough childhood after being abandoned by his family. He overcame all these difficulties and grew up with the dream of traversing the world in a sturdy ship. Being a cyborg, Franky has great strength which he proved by overpowering Blueno, an important member of the CP9. Moreover, his eccentric and free-spirited personality makes him a lovely companion of Luffy’s crewmates.

As we come to the end of our list, it was really exciting to see so many characters belonging to the USA in our favourite animes. They usually have a different accent than the rest of the characters making them stand out in that respect. The likes of Franky, Revy and Andre are some of the most common names that people usually forget have a different origin. Keep on browsing our website as we will be back with more unique contents.