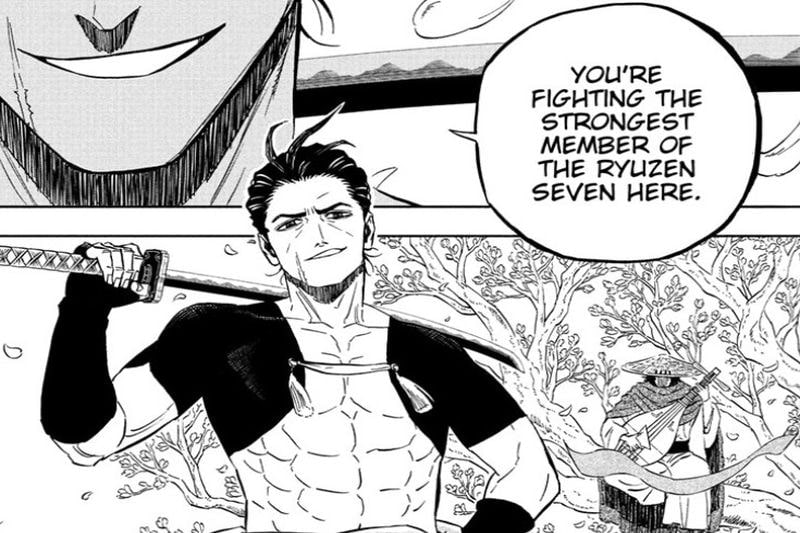 Black Clover Chapter 345 spoilers and raw scans are finally out. Things are starting to pick up some pace as the Paladins and the five members of Ryuzen are about to fight against each other. Now that the five-headed dragon is out and about, the Hino country is bound to experience damage.

The settings suggest that the Ryuzen Members might just be Asta’s key to mastering his Zetten and finally overcoming his self-doubt. Without further ado, let’s jump to the spoilers to know more.

Chapter 345 is set to be out in 4 days which would be 5th December 2022. The manga usually follows a weekly and new chapters are released every Sunday. We will soon find out how Ryuzen seven will help Asta achieve more power and what part will they play against Lucius.

Where to read Black Clover Chapter 345

Black Clover is one of the most popular shounen manga featuring a rivalry between two friends. So, no surprise that it’s under Shueisha. The manga is available to read on Viz and Mangaplus by Shueisha.

The three latest chapters are accessible to those without subscriptions. They announce the upcoming chapter release right after the release of the current chapter. Therefore, you can keep track of the manga chapters.

Additionally, since the manga has a dedicated and large fanbase plenty of private sites also offer Black Clover to read free of cost. Having said that, you can choose whichever option you see fit. We shall see you when the next chapter is out to discuss some exciting theories and future predictions.