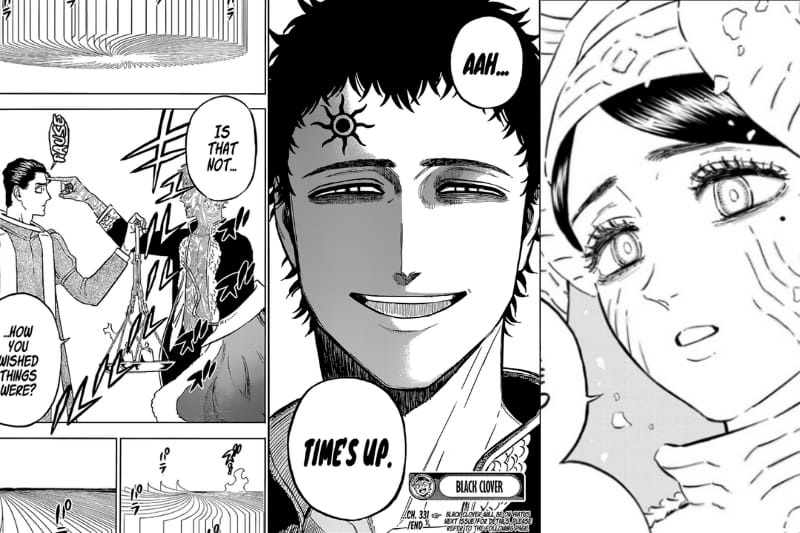 Black Clover has revealed a significant plot twist in the story by revealing the identity of Astaroth, the Time Devil. Chapter 331 revealed how Astaroth had been manipulating the entire tale of Black Clover since the beginning. Let that sink in.

Julius was under the control of Lucius and has always been since the beginning of the story.

The entire climax of Lucifero’s Fight, the meeting of Yuno and his mother, and the celebrations of Luciferos defeat all happened in under a minute because Lucius used Astroth’s power to allow Asta the ability to fight them again and again and again.

In this article, we shall discuss the power of Astaroth in Black Clover. Since the beginning, he has been influencing the story of Black Clover with his ulterior motivations for the Final Crusade.

Who is Astaroth in Black Clover?

Astaroth is one of the Supreme Devils of the Underworld. Lucius Zogratis tricked everyone and hid the identity of the third and the final Highest Ranking Demon. Besides Lucifero (Gravity Magic), Beelzebub (Spatial Magic), Astaroth (Time Magic) is the final Devil King. 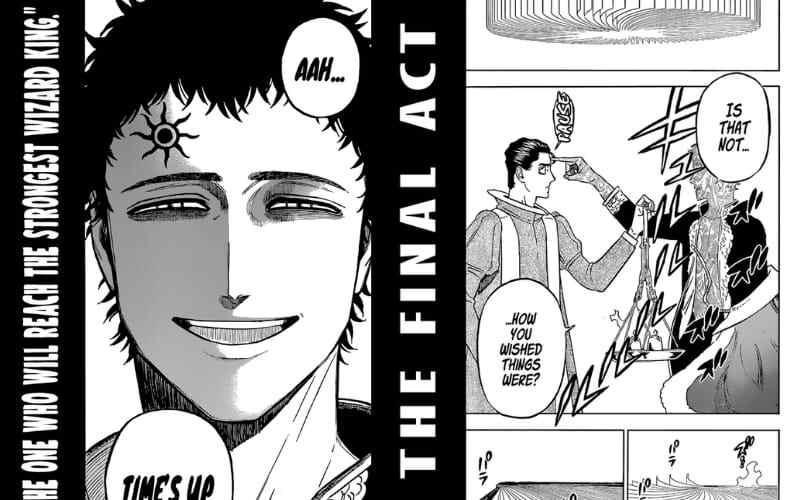 Astaroth is sadistic by nature and has been manipulating everything to his wishes. This manipulation is showcased when Damnatio confronted Julius about there being only one person in this world to use time magic, and it was him.

Lucius had been hiding inside Julius this entire time, waiting for the right moment. Lucius used Astaroth’s powers of future sight and time manipulation to great extents and with incredible proficiency.

Astaroth has complete control over the flow of time and can use it to his will. He can even travel in time, endlessly changing timelines to suit his wishes. This makes him highly destructive, coupled with Lucius, who has Soul Magic.

Lucius or Julius have been sharing a grimoire this entire time. His Grimoire is shown to have two spades containing the symbols of all four nations. Astaroth is one of the rulers of the Underworld as incredible mana and a very keen intellect. He formed a contract with Lucius Zogratis, and now they have all his power, magic, and abilities. 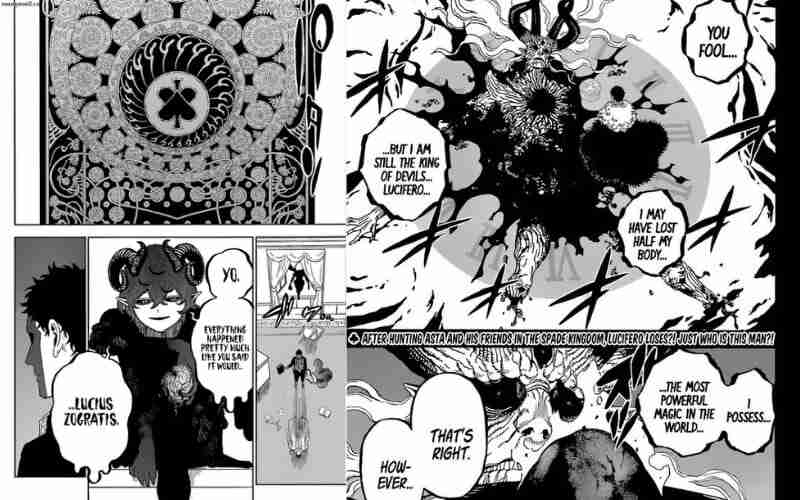 How Powerful is Astaroth in Black Clover? (Compared to other King of Underworlds)

Astaroth has manipulated the timeline of Black Clover since chapter one with the help of Lucius/Julius. He steals time, stores and uses it according to his wish. Julius or Lucius can read other grimoires, an ability which was given by Astaroth. Lucifero, Astaroth, and Beelzebub were the three rulers of the Underworld, the Supreme Devils of Hell. 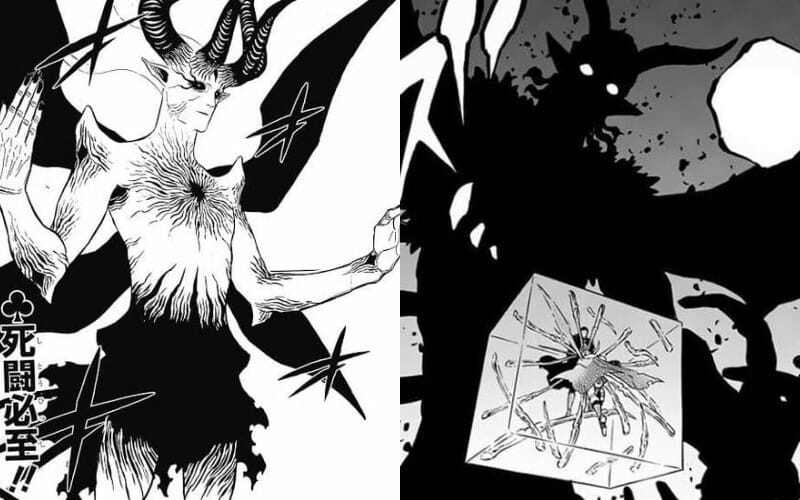 But all that changed when Lucius went to Astaroth seeking answers and forming a contract with him, allowing him to manipulate the plot of Black Clover, Lucifero and Beelzebub, and last but not least, our beloved wizard king Julius Novachrono.

Post the contract Astaroth has evolved into his purest form, and Lucius is now the Devil King. Let us see how his new power fares with the previous rulers.

After gaining Lucifero’s heart, Astaroth has access to his power, giving him a permanent edge over him. Although they were equally matched rulers of Hell before, since the purification and incarnation of Astaroth in Lucius, and since Lucius consumed Lucifero’s heart, he has evolved into a Devil King, making him and his power absolute.

Lucifero, at a mere fifty percent of his power, was able to force the entire living creations in Black Clover to their knees by sheer existence. That is a feat on its own. Astaroth dealt with Lucifero using Asta, which made it very easy for him to get a hold of Lucifero’s Power.

If compared to Beelzebub, right now, Astaroth has complete control over him. Lucius used his Soul Magic and Astaroths power to control Beelzebub. He Purified and incarnated his soul inside Sister Lily to make the first of the purified devils, “Paladins.”

Lucius made Sister Lily into the first Paladin and incarnated purified Beelzebub, the ruler of Hell, inside her, changing her completely. Beelzebub is in complete control of Lucius (Astaroth) as Astaroth is now the Devil King. Sister Lily (Beelzebub) worships Astaroth as the true bringer of the peace, who we identify with being a False Messiah.

To summarize this article, Astaroth has taken over as the Ultimate Wizard Emperor and Devil King in Black Clover. Tabata Sensei has been foreshadowing the existence of Heaven heavily and for a long time, making us eager to see it now more than ever, with the death of Asta. By now, you must have realized How Powerful Astaroth is in Black Clover.

If you liked this article, read the manga for more on the official shonen jump manga website. Tabata sensei has announced the end of Lucius’s Final Crusade. What will happen next? Will Yuno be able to avenge Asta? Will Asta return? How will Tabata reveal Heaven? be sure to be tuned to the recent chapter of the manga to find out. Only on the official shonen jump website.