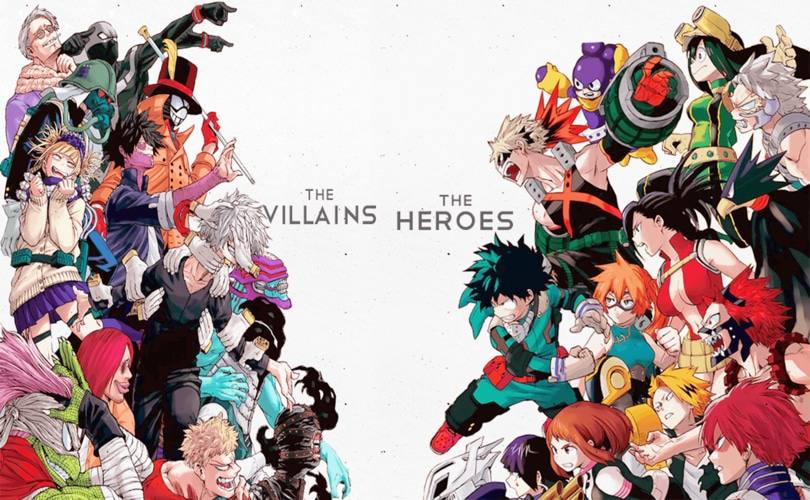 Boku no Hero Academia or My Hero Academia is an ongoing adventure and superhero series. The manga has won many awards, and ever since its anime came out in 2016, its popularity grew exponentially. The series has served us with many overpowered villains as well as displayed their quirks.

Among them, only one stood out the most during the recent arc, namely Gigantomachia. He was first introduced back in chapter 57 and episode 31 of the anime. He was All For One’s faithful servant and also one of the few who gave quite a trouble to Gran Torino besides other heroes.

During Meta Liberation Army Arc, he was the sole winner in the battle against League of Villains’ six remaining members. He was a formidable force to be recognized with seven quirks, Endurance, Pain Blocking, Gigantification, Dog Quirk, Energy Efficiency, Tough Muscle, and Mole. In this article, we will discuss characters who can fight or maybe can defeat Gigantomachia on the basis of my speculation and study on the My Hero Academia.

Characters who can defeat Gigantomachia-

Chizome Akaguro or simply known as Hero Killer: Stain was the major antagonist in Hero Killer Arc. He was a seasoned fighter being able to deal with both close and long-ranged foes. He was also the one to paralyze Pro Heroes like Gran Torino and Endeavour.

In my opinion, he can stand his ground against Gigantomachia as his Quirk, Bloodcurdle, allows him to paralyze his opponent upon simply tasting the blood. Besides this, he is also highly tactical in battle and possesses unmatched speed.

All For One was the former leader and benefactor of the League Of Villain, also the main antagonist of the Hidden Raid Arc. His true motives are unclear, but it is known he is All Might’s arch-nemesis. He can use multiple quirks that he stole from other heroes and combine them for ultimate skill.

He is the only one who can make Gigantomachia submit with just a single word due to his fierce loyalty to All For One. For his loyalty, he only follows his orders, which makes it harder for others to control him. So, without a doubt, he can defeat him if the situation arises.

Overhaul is the Quirk used by Kai Chisaki, it grants him the ability to disassemble or reassemble matters with his bare hands, and the outcome depends solely on him. Application of the Quirk is extremely fast, which gives him an advantage in combat.

Though he has never met Gigantomachia before, in my speculation, Overhaul is one of the few who can stand his ground against if not defeat him. He can easily deconstruct him with a single touch from his fingers, and his ability to easily rearrange his terrain also makes him a massive threat from any range.

Shigaraki Tomura, real name Tenko Shimura, is the leader of the League of Villains after All For One was defeated and arrested. Later, his goal to defeat All Might changed to destroy society as he merged his organization with Meta Liberation Army to form Paranormal Liberation Front.

He is known to be one of the most dangerous villains, and after receiving All For One Quirk, he is unstoppable. He fought against Gigantomachia for a month and a half to make him submit to him. His keen intellect, along with immense speed and Decay Quirk, can easily disintegrate the behemoth; the disintegration spreads quickly through the person’s body unless amputated.

Toshinori Yagi, commonly known by his hero name, All Might, is the Symbol of Peace in the series. He was the eighth holder of the One For All after he passed it to Izuku Midoriya, whom he is training to be his successor.

Gigantomachia may be more potent than him, but All Might can easily defeat him as he had defeated All For One in a single strike with One For All. Also, his abilities’ fullest extent is unknown after he transferred his powers to Deku.

Izuku Midoriya, also known as Deku, is the protagonist of the series My Hero Academia. Even though he was born quirkless, he eventually became a Hero after All Might passed his Quirk to him, making him the ninth holder of One For All.

Deku can’t beat Gigantomachia in his current power level, but with the help of Eri, he can easily overpower him. It was also seen in his fight against Overhaul, where Eri used her Quirk Rewind to undo the damage inflicted on him and allowed him to use his power at full capacity. So, without a doubt, Deku can defeat him using Full Cowl at 100%.

Even without Eric’s help, we know that he will overcome his weaknesses and master One For All, and become its worthy wielder.

These characters are in this list based on my assumptions, some may agree, and some may not. But one thing was sure that Gigantomachia was a force to reckon with and gave lots of Pro Heroes a hard time. For now, he may not be defeated without forming an alliance, but in the near future, any of the current Pro Heroes will overpower him easily, only if he is released back into society after being arrested. Follow us for more updates like this, and till then, stay tuned and hyped for My Hero Academia.