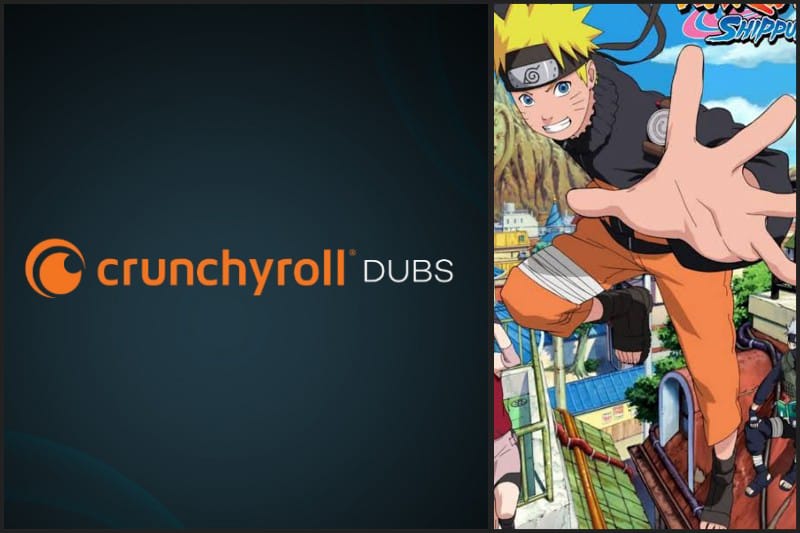 So you want to dive into the world of ninjas? You’ve landed on the right article. Naruto is one of the classic OG anime of all time, and therefore, many famous streaming platforms are offering it to watch for the global audience, both dubbed and subbed. Netflix, Funimation, Hulu, VRV, etc. Of course, the series has attracted many beginners/first-time anime watchers. So when they look for platforms to stream it, Crunchyroll is bound to pop up since it is one of the biggest and oldest anime streaming platforms. But, they wonder, “Does Crunchyroll have Naruto Shippuden in dubbed or subbed or both? How can I watch it etc.?

Does Crunchyroll have Naruto Shippuden dubbed?

Crunchyroll does have all the episodes of Naruto Shippuden. However, sadly, only the English subbed version is available for viewers all around the world including the U.S. But the good news is, Crunchyroll has some of the movies of the series available for streaming, both dubbed and subbed in English.

While you can watch these movies independently, you may not know some of the things that are related to the main plot. So if you have watched Naruto, you can only watch the first two movies on Crunchyroll, mentioned later in this article under the watch order guide. This should also give you an idea that most of the movies premiered while Naruto Shippuden was airing and therefore, their plots have its references.

The series also have quite a few filler episodes. However, they are still enjoyable and fun to watch. It gives extra details about the characters when they not amidst a serious battle and shows more of their personality. But even if you avoid them it won’t affect your knowledge of the plot so far. So in a way the spoilers are independent of the main story.

There are six movies of Naruto, the series available on Crunchyroll:

Alternatively, if you have watched the series already, you can head over to Crunchyroll and enjoy these movies in either subbed or dubbed in English and Japanese.

Does Crunchyroll have Naruto dubbed?

Unfortunately, Naruto is not available in English dub on Crunchyroll. But it has all the episodes of the series available only with English subtitles. Therefore, if you’re solely looking to watch the series dubbed in English, Crunchyroll is not the place for you. But worry not; later in this article, we have listed some of the best platforms to watch Naruto and Naruto Shippuden.

Is Naruto Shippuden on Crunchyroll free?

Here we are referring to Crunchyroll of the United States. There is a probability that Naruto Shippuden is not obtainable in your geographical region. For this, we recommend proceeding with a good VPN.

Crunchyroll offers one free plan and three paid plans for its services. The free plan includes ads and allows you to access a good number of anime and manga to watch and read for free. Below we have mentioned steps to watch Naruto Shippuden on Crunchyroll.

For countries where Naruto Shippuden is available

For countries where Naruto Shippuden is not available:

Note: You don’t need to register your email id or credit card on Crunchyroll to watch Naruto Shippuden, as it is available under ad-support format. If you already have Crunchyroll premium subscription, then you can directly log in to your Crunchyroll app/website after changing your location. It will modify its library.

Where & How to watch Naruto Shippuden in English?

Naruto has become one of the most popular mainstream anime that intrigued even non-anime watchers to give it a try. That is why the anime still has new viewers looking for platforms to watch it on. If you’re new to the series, just watch it, and you’ll know what we mean.

Below are some of the giant streaming platforms that offer Naruto and Naruto Shippuden to watch.

Funimation is one of the biggest and mainstream platforms for the anime community. It has been offering its services even before anime and manga took over the world as it has now. Therefore, you should definitely add it to the list of the best platforms for streaming anime. And if you plan to purchase a subscription to an anime streaming platform, Funimation is it.

Here’s a breakdown of all the episodes and movies of Naruto available on Funimation:

Firstly, Funimation has all the episodes of Naruto and Naruto Shippuden in both Japanese and English. Secondly, the series falls under the Premium section, and therefore, you’ll need to purchase their subscription. And lastly, the series is only available to viewers in the United Kingdom and Ireland. Therefore, if you don’t live in these regions, Funimation does not offer you this series, and you have to proceed with a good VPN.

To know the step-by-step process on how to watch Naruto Shippuden on Funimation globally, kindly refer to the article mentioned below.

Related: Does Funimation have Naruto Shippuden (2022)

Moreover, fans can also avail the benefits of 14 days trial period on Funimation to cover up both Naruto and Naruto Shippuden series without any cost. All you need to do is register your credit card and remove it before the completion of the trial period.

Naruto- All episodes dub & sub in Japanese and English (1-220), only available in Ireland and UK

Naruto Shipudden- All episodes dub & sub in Japanese and English (221-500), only available in Ireland and UK

Naruto movies- 8 movies dub & sub in Japanese and English, only available in Ireland and UK

Hulu is another popular streaming platform that offers diverse media content, including anime. So, if you prefer or are a user of this platform, you needn’t worry. Hulu has 365 episodes of Naruto Shippuden available in the English dub. Therefore, some of the episodes are only subbed.

As for the movies, unfortunately, Hulu doesn’t have any of the movies of Naruto.

Netflix is the most preferred and one of the best streaming platforms for all types of media content. Given the popularity and demand for anime, Netflix has added much famous anime to its collection; Naruto and Naruto Shippuden and its movies are one of them.

However, anime is available only in some countries, and the US is not one of them. Therefore, Netflix is not an option for you if you want to watch Naruto/Naruto Shippuden for now. But given its popularity is still growing, Netflix US might soon add the series to its collection. Additionally, Netflix US does have 8 movies of the series in Japanese & English dub and sub version.

Therefore, out of the above options, Funimation is your best bet to watch Naruto Shippuden. Since it has all the episodes and most of the movies, you may choose to stream the series on this platform.

Naruto movies and shows in order

Since Naruto is one of the longest-running anime, the watch order for some new viewers could be confusing. The series has a total of 500 episodes divided into 21 seasons + 11 movies.

Since Naruto marks the beginning of the series, you will have to start with that. And no, you cannot start with Shippuden since it comes after, and the plot is continuous. Therefore, here’s your watch order guide to the entire anime and movies:

As you can see, the movies have premiered in between the seasons; you can watch them before you proceed with the rest of the following season/episode. However, if you skip the movies, you won’t miss out on anything directly related to the main plot. The movies serve as amazing spin-offs and extra details about what goes around in verse.

Naruto Shippuden begins when Naruto comes back to Konoha after three years of rigorous training with Jiraiya. Therefore, it has a three years time-skip. Naruto is now fifteen and has learned the iconic technique of Namikaze Minato, Rasengan. However, at the beginning of the series, he hasn’t mastered it. From here on, he goes on to various dangerous and exciting missions back-to-back as mysteries surrounding Akatsuki and Orochimaru unfolds.

The plot of Naruto Shippuden can be divided into 27 arcs. By the end of the final arc, everyone has grown up into young adults, and peace is restored amongst the nations after countless sacrifices. And as for the biggest questions- Will Sasuke come back? What does Akatsuki want? And Does Naruto become the Hokage? You’ll have to watch the show to find out.

Here, we conclude our article on, “Does Crunchyroll have Naruto Shippuden dubbed,” and have answered most popular queries. We hope you like this post. We will be back with another guide article. Till then stay tuned with us and read the articles below.