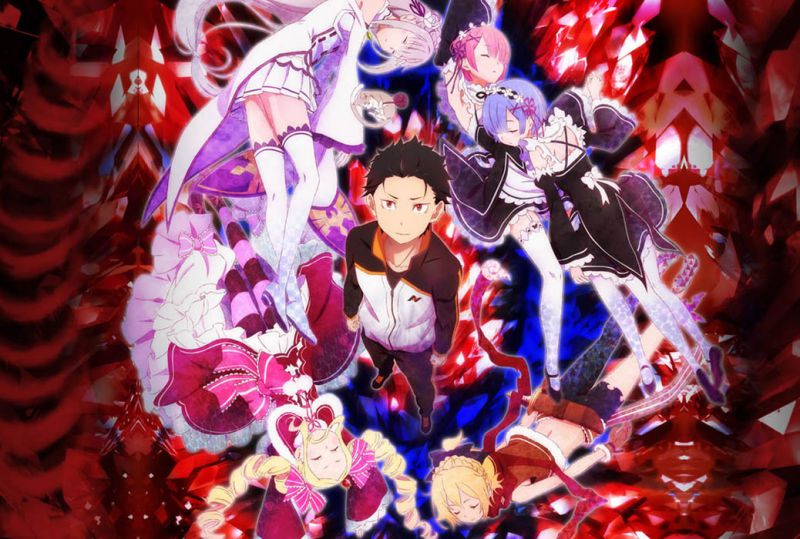 Isekai is a fascinating and popular genre that revolves around the concept of one getting transmigrated or reincarnated to a different world. Hence, in this list, we will be listing our Top 15 Best Isekai Anime on Crunchyroll (US) | 2022.

We have selected a diverse range of animes that showcase and highlight every aspect of the Isekai genre. Isekais are typically very adventurous and action-packed, making it an enjoyable and entertaining watch.

So, without wasting any more time, go ahead and read our article on Top 15 Best Isekai Anime on Crunchyroll (US).

In his previous life, Will lived a boring and stagnant life. But, in this new world, a skeleton, a ghost, and a mummy raise him as their own.

The ghost teaches him to use magic, the skeleton teaches him to fight, the mummy teaches him about religion, and collectively they teach him about love. Now, after growing up, he must embark on his own adventures without the help of his guardians.

Sword Art Online is a very famous Isekai anime that is available on Crunchyroll. Here we see a world where virtual reality has progressed to new heights.

The online game Sword Art Online is particularly famous, and now with their new technology, NerveGear, players can also control their avatar. But, things get out of control when the players realize that they can’t log out anymore.

Must Read – Most Famous Mexican Cartoon Characters with Worldwide Popularity

Sword Art Online is a very famous Isekai anime that is available on Crunchyroll. Here we see a world where virtual reality has progressed to new heights.

The online game Sword Art Online is particularly famous, and now with their new technology, NerveGear, players can also control their avatar. But, things get out of control when the players realize that they can’t log out anymore.

This anime is another unique series and in this world, we see how a group of people finds themselves in the middle of nowhere. They have no memories, and the only option they have is to be a soldier of the Reserve Army and eliminate enemies of their new world.

As all the stronger candidates form a group, only the weak ones remain. They then go ahead and form their own group led by Haruhiro. As in this world, there are no resets or redos, they must fight to save themselves from all the threats.

This is another Isekai anime that fans can watch on Crunchyroll. Here, we see how the demon Lord Satan is an omnipotent force who wants to conquer Ente Isla.

But this action gets thwarted by Amelia, the hero, making him retreat to the human world. Now, Satan must disguise himself as a human and work as a part-timer in a food restaurant, to survive.

But, he’s not alone as the hero comes to the human world as well, in his pursuit.

This series is a distinctive Isekai anime that follows the story of Kagome, who gets spirited away to another world. Things change for Kagome when some demons drag her into the well situated in her family’s shrine.

But instead of hitting the ground, she gets transferred to 500 years in the past. The demons want only one thing and, that is the Shikon Jewel, which is inside her. But, somehow, that jewel shatters into many pieces.

Now she must take the help of Inuyasha to collect all the missing shards.

The guild master Momonga decides to stay within the game till the servers get shut. But even after a lot of time, the game remained intact and Momonga couldn’t get out of the game anymore.

Strange things start to happen, as even the nonplayable characters achieve their own distinct characteristics and feelings.

This Isekai anime on Crunchyroll is one of the best animes out there. Within the show, Elder Tale is a multiplayer role-playing game that is insanely famous.

But after its new update, 30,000 Japanese gamers playing the game at that moment were whisked away into the gaming world. Amongst the people who got trapped in this situation is Shiroe, an awkward college student.

Also, in Shiroe’s group, there is Naotsugu, who is playing for the first time after many years, and Akatsuki, an assassin. Now they must explore the new world and find answers to their predicament.

In this anime, we see how a cold and atheistic Japanese salaryman, who is famous for being ruthless, gets punished unexpectedly. In his previous life, God confronts him for his lack of faith and his mockery towards him.

Due to his impertinence, God reincarnates him in a different world in the body of a young girl called Tanya. Here he must die a natural death otherwise, he will go to hell.

To avoid such luck, he decides to achieve an important rank in the mage corps so that he can avoid fighting in the war.

Urano is a bookworm who loves to read any and every kind of book. But that dream gets crushed when she dies in an accident. Before dying, she makes the wish of being able to read lots of books, even in her next life.

Now, as she gets reincarnated as a 5-year-old girl of the medieval era, she decides to fulfil her dream of reading books. But, sadly, in the current time, only a few people can have access to books. This does not faze her as she decides to make books herself.

The Kingdom of Melromarc Consists of the four cardinal heroes. They are men from modern-day Japan, who got summoned to save the kingdom.

Waves of Catastrophe plague the kingdom, and hence the heroes who possess different weapons like a sword, a spear, a bow, and a shield must defeat these Waves. The hero, Naofumi, wields the shield and hence is called the shield hero.

It is up to him and Raphtalia, his slave, to defeat these waves and save the people of the kingdom.

Satoru is a normal Japanese salaryman who is content with his boring monotonous life in Japan. But, everything changes for him when someone stabs him and kills him on the spot.

Before dying, he heard some mysterious chants, and after waking up, finds himself reincarnated as a slime in a different world. Here he acquires new powers and meets a monster Veldora who grants him divine protection.

This comedy Isekai anime is another great show that fans can watch on Crunchyroll. Here we get to know about two siblings who are genius online gamers called “Blank.”

For them, the world is only another game, but everything they know changes when they get a mysterious email. They go to another world where they meet the God of games.

In this new world, one can settle everything by games. Hence the siblings can become God if they win the games and defeat God.

This hilarious Isekai anime is a must-watch on Crunchyroll. Here we see how Kazuma, a NEET, pathetically dies while buying a game. He then appears in front of Aqua, a goddess who gives him two options to choose from.

One, he can pass on and go to heaven, or two, he can reincarnate in a fantasy world. And, here, he must defeat the demon king who is trying to conquer villages.

This Isekai anime is one of the most famous anime on Crunchyroll. It revolves around Subaru, who, after leaving the convenience store, gets spirited away to a fantasy world.

But the moment he reaches that world, he gets into trouble and is attacked by a group of thugs. Satella, a beautiful girl, saves him and, Subaru offers to help her find something.

But that very night, someone murders him and the girl, which unlocks a mysterious and potent power within him.

On that note, we conclude our list of Top 15 Best Isekai Anime on Crunchyroll (US). We sincerely hope that this list was useful to you, our readers. Stay tuned for more articles on manga/manhwa/webtoon.

Can you watch Crunchyroll for Free?