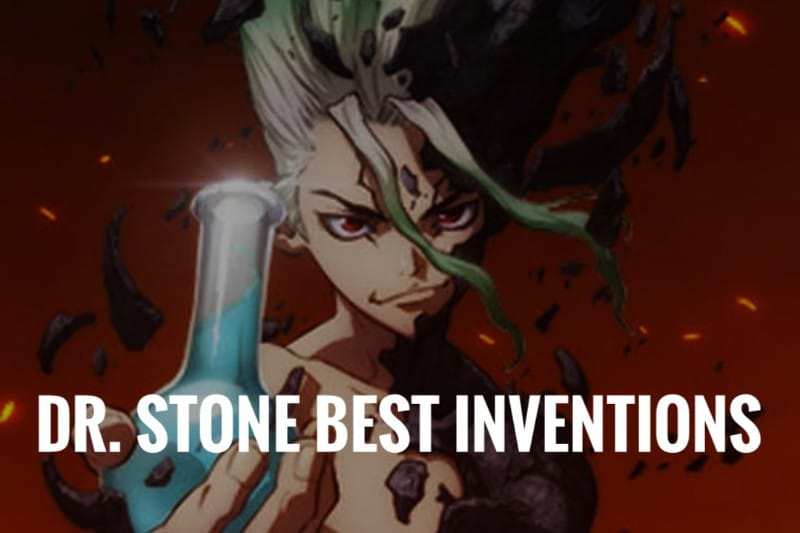 What if everyone on earth turned to stone, and you’re the first person to be reborn after 3000 years and more? How and what will you create to make your life easier? With the recent chapter showcasing the end of Dr. Stone, fans were left with heartbreak and an insane cliffhanger.

With such incredible technological advancements in such a short amount of time, the intense character developments and the fact that these inventions were made possible in a Stone Age world make it all the more enjoyable.

In this article, we’ll not only be covering Senku’s inventions but all of them. So, without further ado, let’s begin the Top 10 Dr. Stone Inventions. 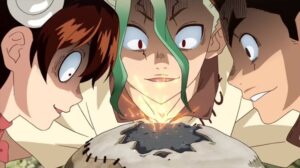 Gunpowder was one of the first legal inventions. It was a significant discovery in the stone world to Senku’s Science team. Using Potassium Nitrate, Sulfur, and charcoal, Senku Yuzuriha and Taiju successfully created the first batch of Gunpowder.

The Science team uses Gunpowder to scare Hyoga and his team away from the village. It was later used in a lot of other inventions later on like Guns, Tanks, and many other things. 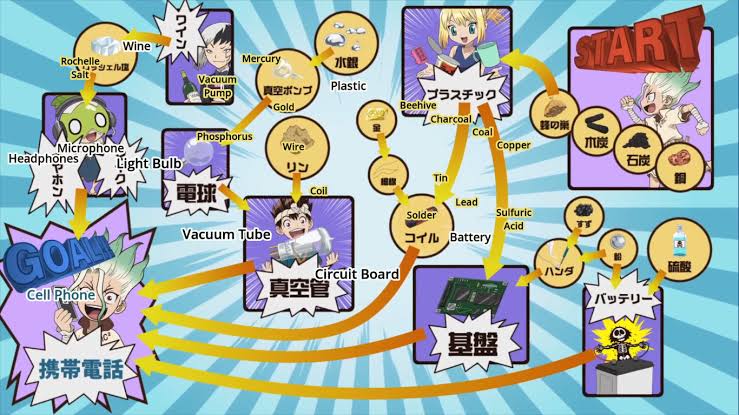 Senku invented the Cell phone in Stone Wars. Cell Phones were one of the most important technological advancements Senku made in the stone world. Chrome and Ruri were the two people on the first call in the stone age world.

Wireless communication in the stone world was one of the most exciting feats to watch and read. Although the cell phone didn’t have a touch display like the modern generation, it gave Senku’s science team a significant advantage against Tsukasa and his barbarians.

The cell phone was crafted using raw materials as well as delicately forged pieces of equipment like gold wire and vacuum glass tubes. 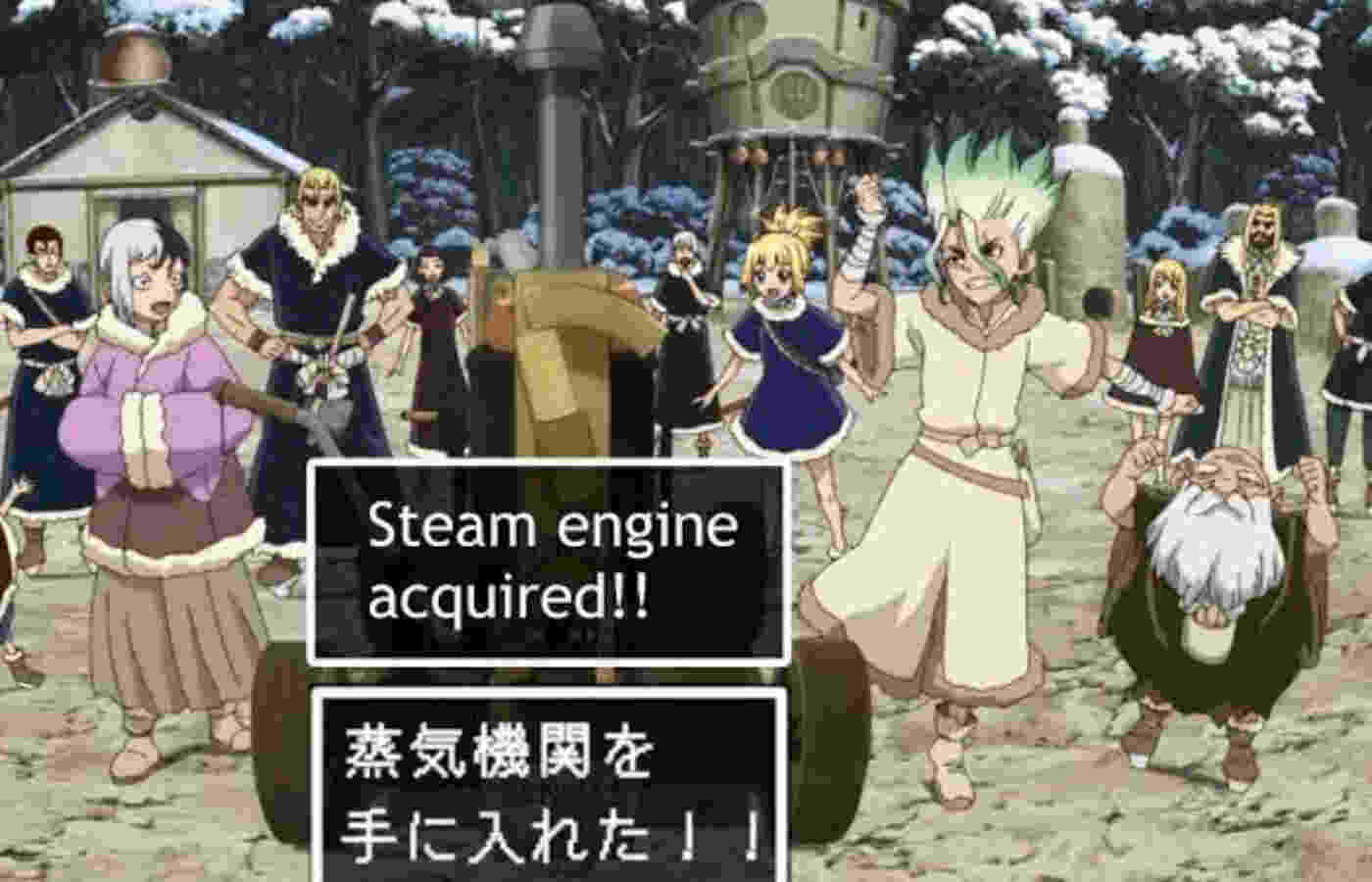 Senku crafted the first steam engine in Stone Wars. Establishing a train route, along with an engine to pull a train across it, was a revolutionary moment for Dr. Stone. After crafting the required mechanics of a steam engine, Senku 1 put the science team one step closer to establishing a railway system.

Using the parts, Kasaki crafted Senku and constructed a Steam Engine. Although the Senku 1 did not have a pre-crafted route, it further went on to even more advanced technology thanks to Senku. 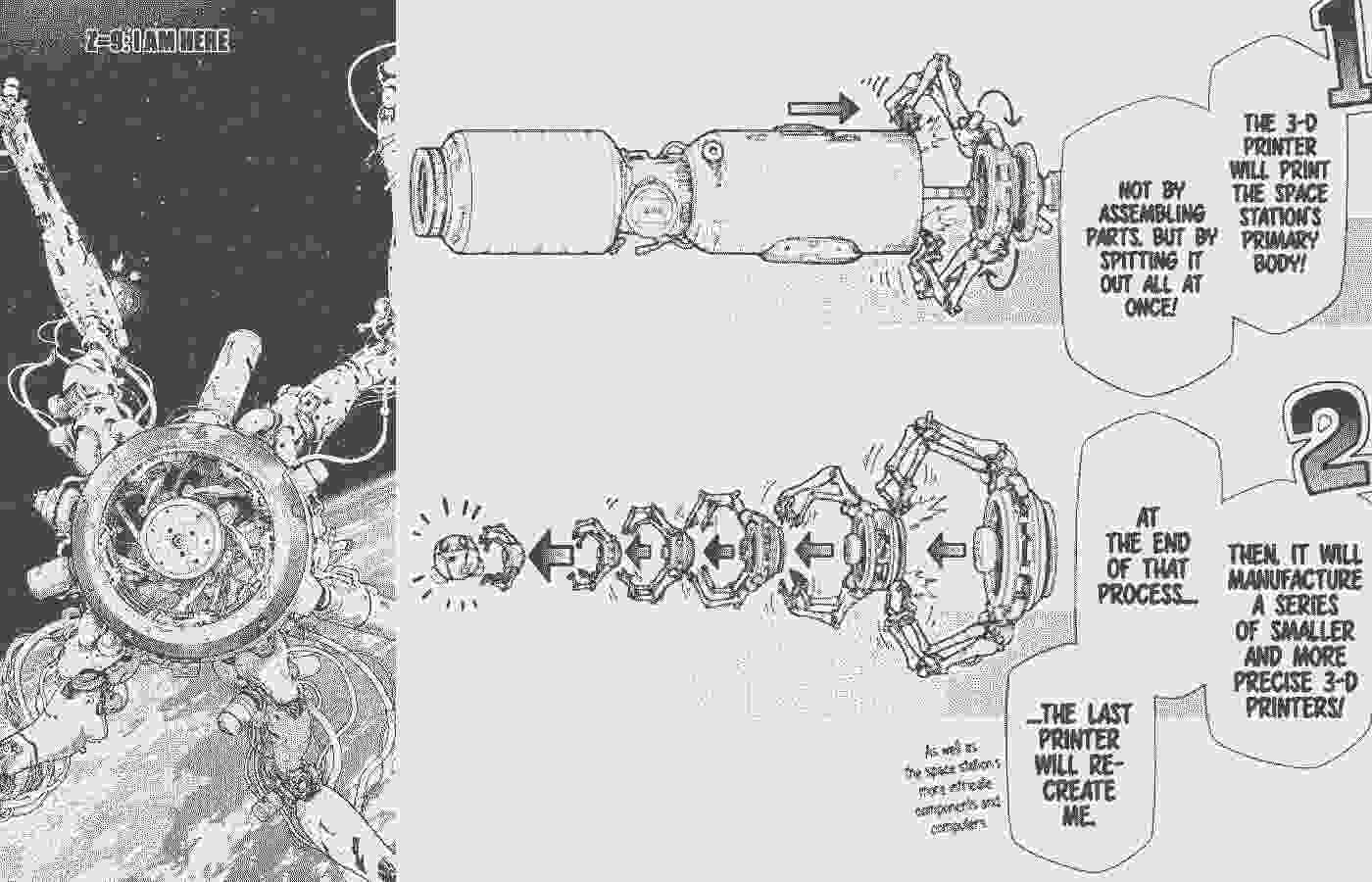 The 3D Printer was introduced to the readers in Byakuya’s spinoff series of Dr. Stone. A 3D printer was made out of the elements which were found around the earth’s orbit by Rei. Rei constructed a 3D printer very cleverly 3,572 years post petrification. The 3D Printer was crafted in space by an AI to create itself along with all of its functionalities, which in turn was crafted by Byakuya.

The newer Rei used the 3D Printer to create an entire Space City. This space city was created by an AI whilst the whole human civilization was petrified. With zero human involvement, the 3D Printer created a space civilization that, although empty, is a marvelous sight. 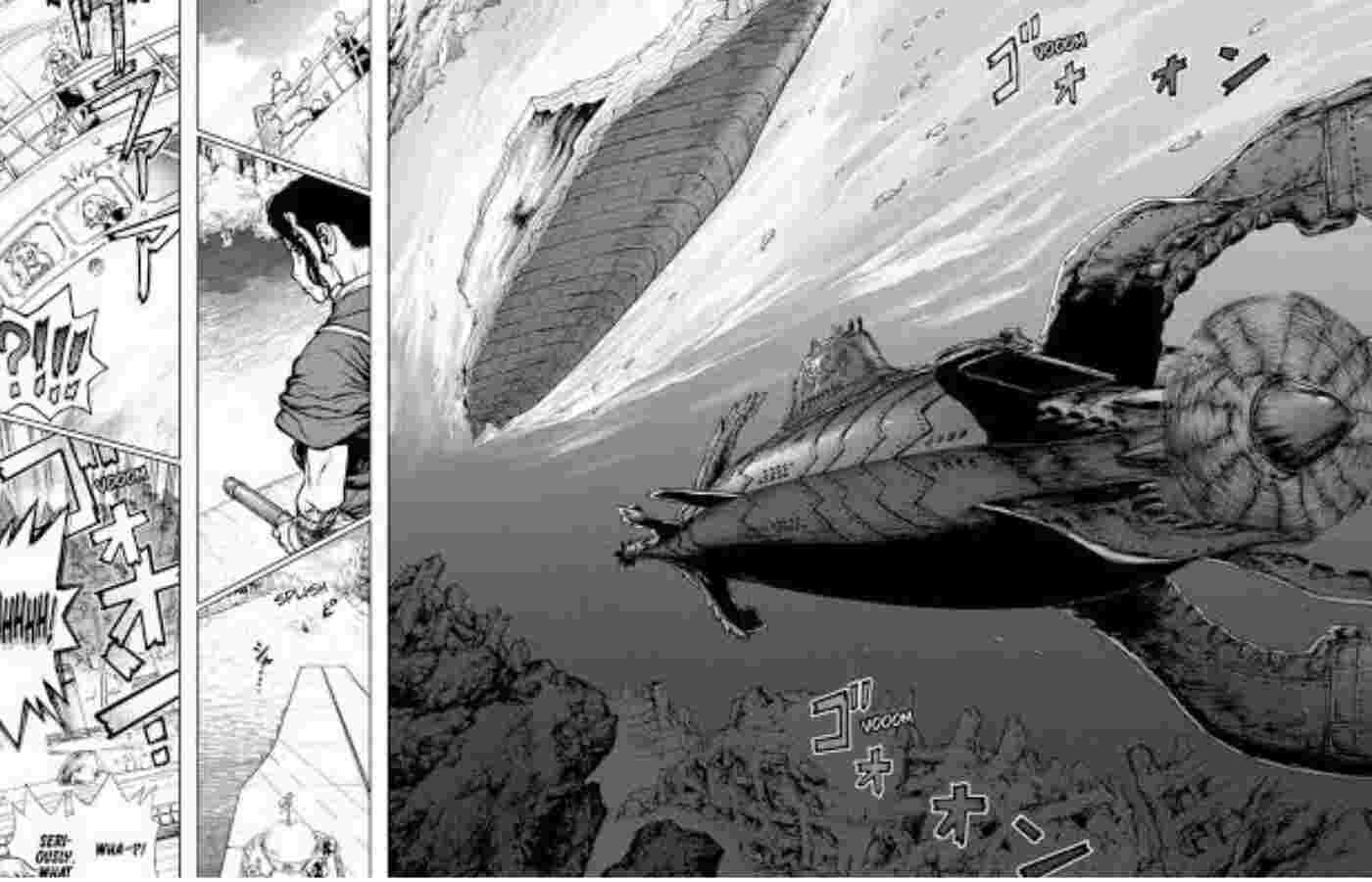 The Submarine was introduced to the readers in the American Colony Arc. Dr. Xeno created the Submarine, and much is not shown about how he created it. The Submarine was used by Dr. Xeno’s Gang to attack Perseus and its crew to sink it once and for all.

Our Science team aboard wasn’t aware of this Submarine and fell prey to its stealth and strength. The Submarine was a major power reveal of Dr. Xeno’s Kingdom and dealt a significant blow leading to a loss of battle for the Science Team.

Boichi’s Submarine design was inspired by the Nautilus from 20,000 Leagues Under the Sea by Jules Verne. It wasn’t the only inspiration he took as he also took inspiration from One Piece and Greek Mythology. 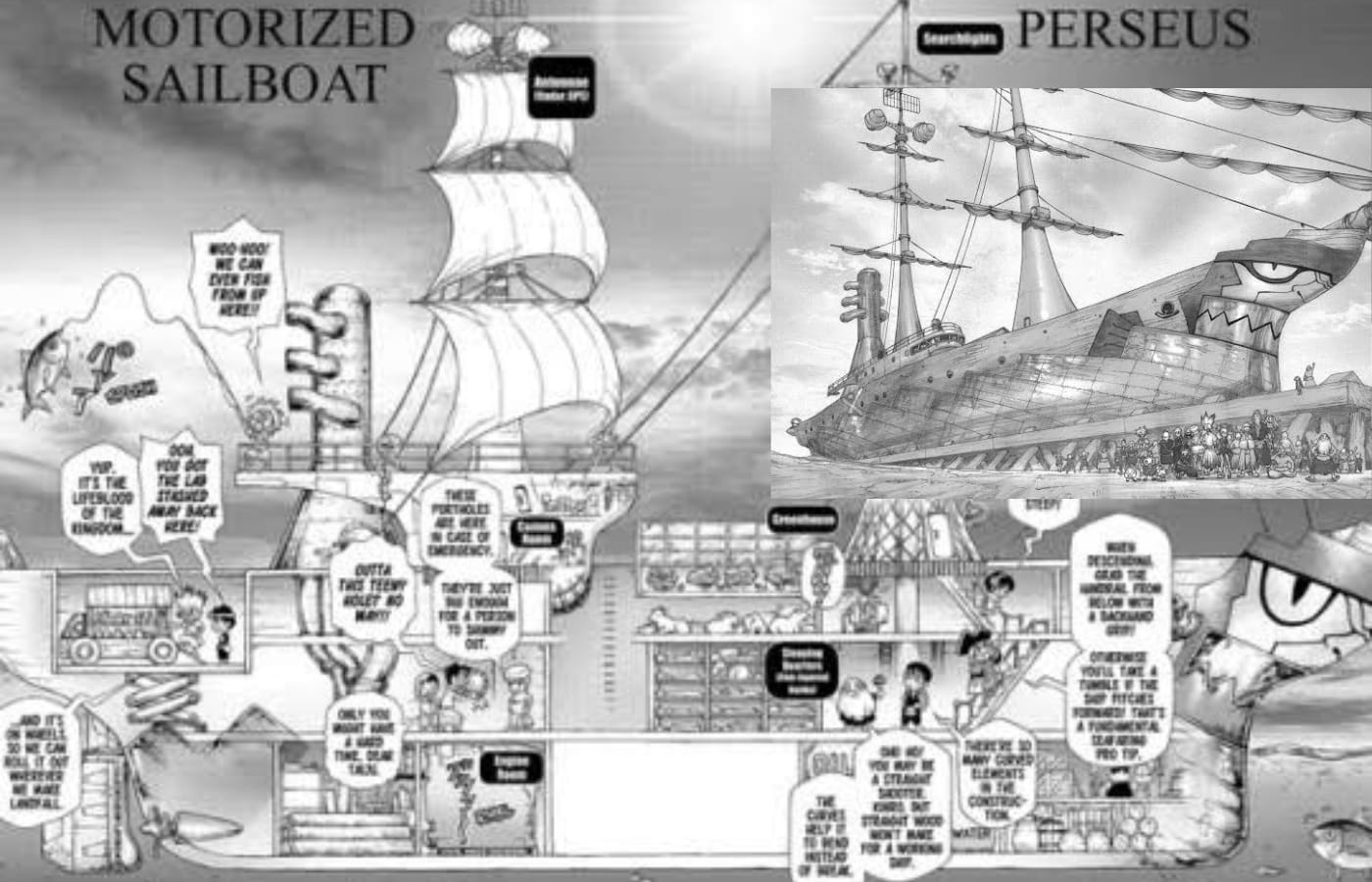 Perseus was introduced in the Age of Exploration Arc. Senku’s Science team crafted Perseus 1, a motorized Sailboat that was designed by Senku and crafted by everyone for almost a year. Perseus was a combination of hundreds of years of science into one year.

It had many amenities of the modern one along with some unusual yet necessary things like a prison cell.

The ship had all of the things on a modern sailboat with a Sonar and a Greenhouse. Ryusui commandeered Perseus one. Ryusui was revived specially for oil and his ability to navigate big vehicles and was a great Captian to the crew. 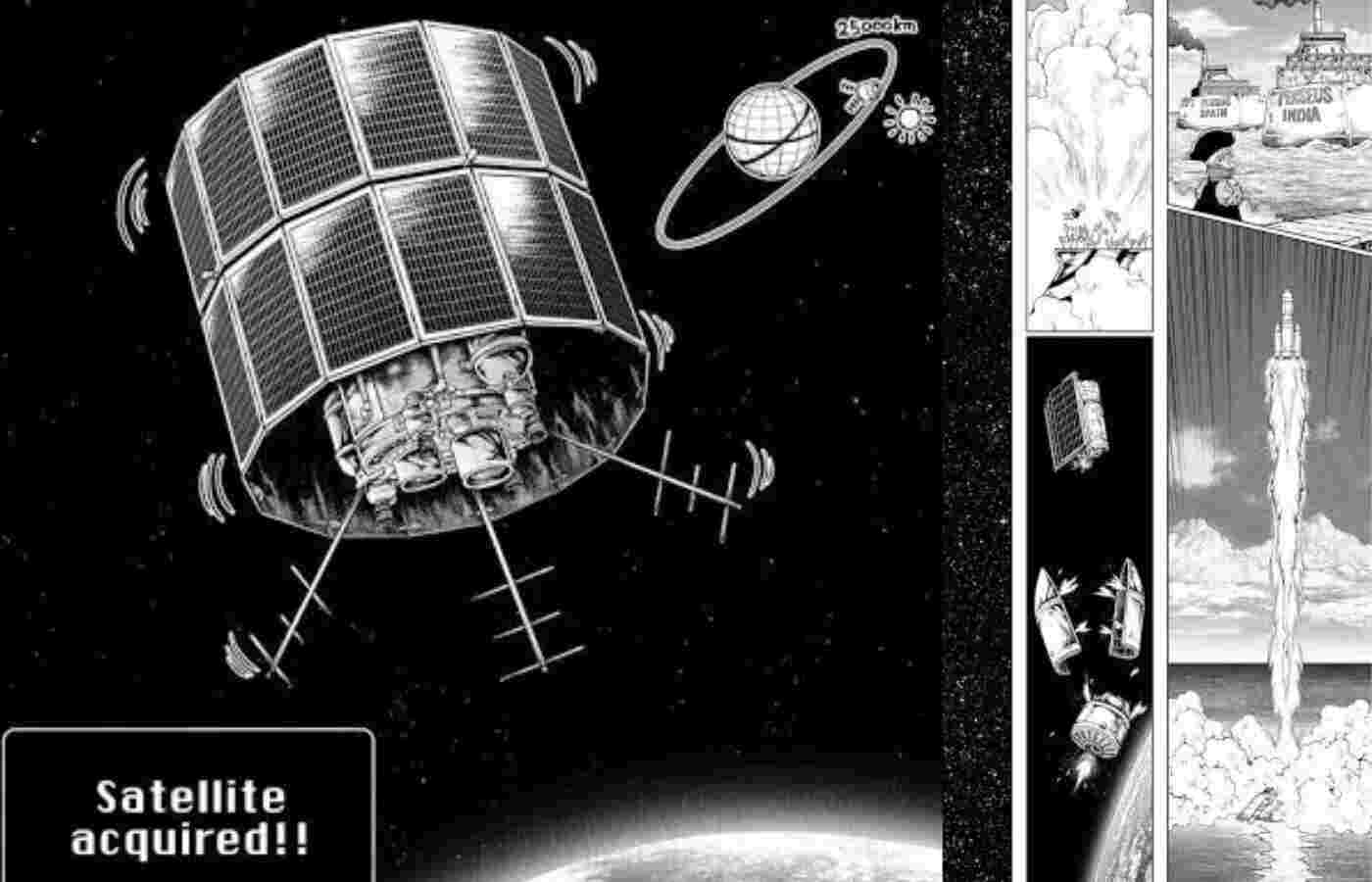 A satellite is a very complex gadget to craft, and it was done so by Senku and Dr. Xeno. The New Science team created the satellite to click images of the moon and send them to earth, telling them the location of Why Man on the moon. It took the New Science Team 7 attempts to send a satellite successfully into space.

A satellite was used to plot a perfect world map and monitor the moon for activity. 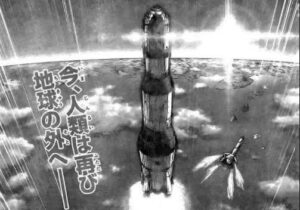 The science team made the rocket in stages with the help of Dr. Xeno and Senku. The first rocket was modified and used on Perseus 2, while the ones that followed failed due to some or other technical/mechanical errors.

The Moon Rocket allowed the New Science team to finally venture into space to solve the mystery of the Why-Man, putting the rocket in third place in our list of Top 10 Dr. Stone Inventions. 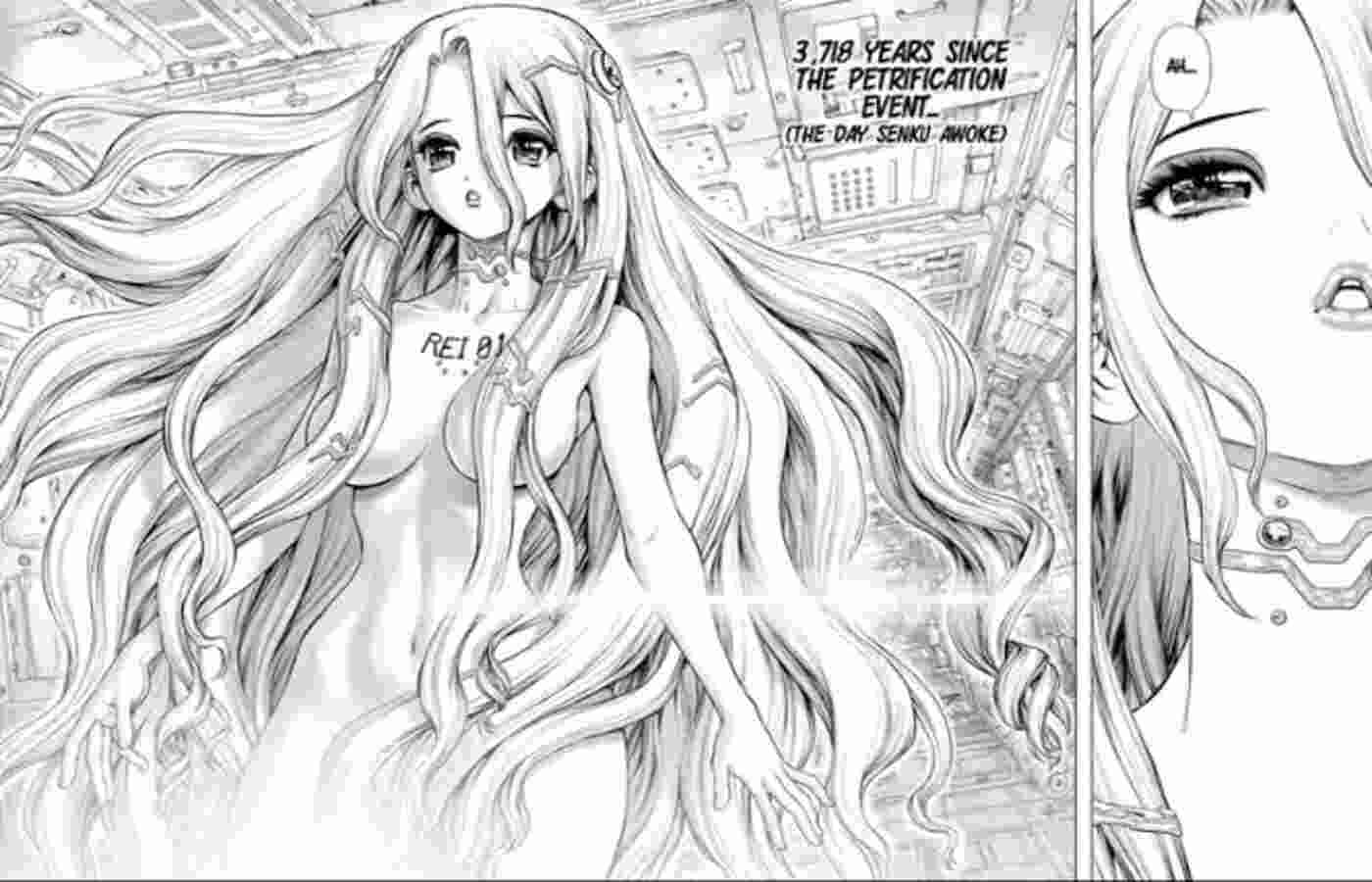 Rei was an AI invented by Byakuya and introduced us in the Dr. Stone Reboot. It was an AI designed to adapt and improve itself using highly complex algorithms and technology of self-sustenance.

With every new version rei updated to using the materials found in space, it spanned a minimum of 190 versions, if not more, till it finally created a space city and created countermeasures for natural, unforeseen cataclysmic events till the people of earth were freed from petrification. It acted like a shield around the planet for over 5,000 years and continued to evolve, waiting for the signal from Byakuya.

Rei had a very anti-climactic end as it is still functional. Even after Senku was revived, no one on earth knows it exists in space.

Finally, the greatest invention of Dr. Stone is the Time Machine which was crafted in the final arc. Senku reveals it in the climax of Dr. Stone. Senku uses the technology in the petrification devices along with modern quantum science to create the world’s first Time Machine.

We did not get to see the working or construction of a time machine, but the fact that made Senku excited was the possibility of it working. Which made the time machine the best invention of Dr. Stone

Boichi Sensei used great imaginative ways to utilize science to upgrade the stone age world to the modern age and gave us a very fulfilling ride. Dr. Stone, in the end, left us wanting more. Fans and we hope for the continuation of Dr. Stone, but as of now, Boichi has ended the manga with the release of the Final Chapter. With this, we shall conclude this article on the Top 10 Dr. Stone Inventions.