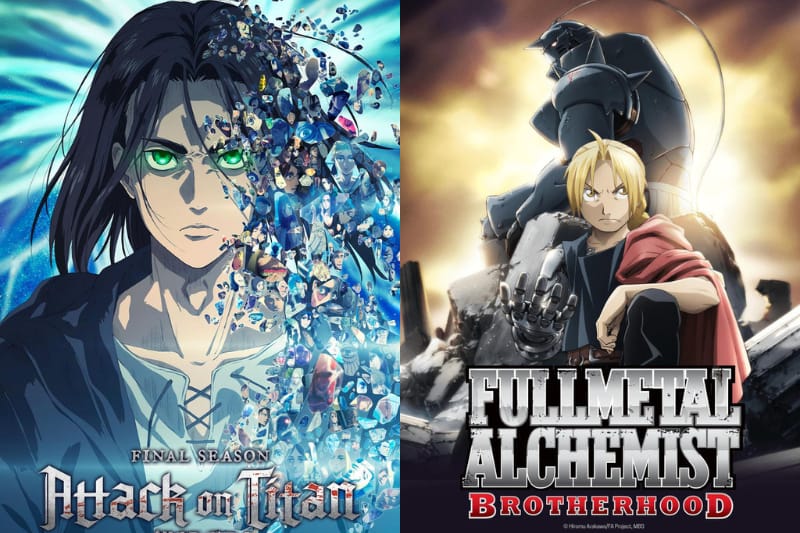 Fantasy anime is one of the most popular anime genres of all time. Every otaku enjoys seeing a fantasy world that is full of many mysterious species and abilities. Fantasy anime features amazing visuals and action scenes in addition to a great storyline. So, according to the IMDB rating of 2022, here is a list of the Best Fantasy Anime on Crunchyroll.

Akashic Records of Bstard Magic Instructor is a harem-fantasy anime series of 2017. In this series, there is a magical school where students learn different types of magical skills. All is going well in this school until former instructors attack them.

This series not only depicts a beautiful, magical world but also teaches us the value of friendship and family relationships. It is the perfect choice to explore the magical world as well as learn several life lessons from it.

Magi: The Kingdom of Magic is a coming-of-age and fantasy anime series from 2013. It is the second season of Magi: The Labyrinth of Magic and follows various tales of Ali Baba and Aladdin. This series depicts a wonderful version of the ancient Old World with some real-world places.

There are lots of magical species, and castles and dungeons are demonstrated throughout the series. It is a great choice to experience the most exciting and thrilling adventures of Aladdin and Ali Baba.

Inuyasha is one of the best fantasy anime on Crunchyroll. It is a classic anime series in which Higurashi, a teenage girl, was transported from modern-day Tokyo to the Sengoku period of Japan. In this world, she meets different mysterious species, such as half demon-half human and half dog-half demon.

This series provides you with a very interesting account of Higurashi’s adventures and how she escapes from this world. If you love classical anime with a female lead, then it is a great pick for you.

Noragami is an urban fantasy and supernatural anime series from 2014. In this series, Hiyori, a middle school boy, suddenly falls into a parallel world. This parallel world is completely different from his world, where human souls live in coexistence with demonic creatures.

It is great to see how he lived in this parallel world and how he dealt with mysterious species. This series is well known for its dark psychological factors and plot twists.

The Rising of the Shield Hero is an isekai and dark fantasy anime series of 2019. In this series, four ordinary people were summoned to a mysterious world in order to fight powerful monsters. Each of them was equipped with different types of weapons, such as a sword, a spear, a bow, and a shield.

It’s amazing to see how they fought these monsters despite being a human. Suppose you are desperate to know if they will succeed in escaping from this mysterious world or not. So find yourself by just watching this best fantasy anime on Crunchyroll.

“That Time I Got Reincarnated as a Slime” is a fantasy and isekai anime series of 2018. This series follows the story of an ordinary office worker who is unexpectedly reincarnated into a mysterious world. With his reincarnation, he also got some new special abilities that helped him live in this world.

This ability provides him with the power and skills of any species whom he devours. It is the best choice to explore his journey and how he used his newly acquired ability to live.

Fate/Zero is an action and dark fantasy anime series from 2011. It is a prequel to Fate/Stay Night and depicts the story of a secret magical tournament. In this tournament, several legendary warriors fight who are reincarnated from different times fight each other.

The winner of this deadly battle will win a magical thing that grants any type of wish. This series depicts many wonderful and deadly fights with amazing art styles and visuals. As a result, this series is regarded as one of the best fantasy anime on Crunchyroll.

Mushoku Tensei: Jobless Reincarnation is a harem and fantasy anime series filled with many beautiful female characters. It depicts the story of a young man who is jobless as well as hopeless in his life. After his death, he is reincarnated in a beautiful fantasy world with all his memories.

Now, he decides to live his life to the fullest without having any regrets. This series is the best choice for those who do not enjoy their present time and are too busy building their future.

Demon Slayer is an adventure and dark fantasy anime series released in 2019. It depicts a fantasy world where demons eat humans in order to get powers. However, an organization named Demon Slayer protects humans from demons through their incredible powers.

In this series, there are numerous powerful characters who possess extraordinary abilities. It also has great storytelling, incredible action sequences, and wonderful visuals. As a result, it became one of the best fantasy anime on Crunchyroll.

Attack on Titan is a post-apocalyptic and dark fantasy anime series. It is set in a mysterious world where humans live within a huge wall under the fear of Titans. Titans are huge species that have no brains and only know to eat humans and bring destruction.

This series has a great plot twist, well-written characters, and the best storytelling. It is considered not only the best fantasy anime on Crunchyroll but also the modern masterpiece of anime history.

Fullmetal Alchemist: Brotherhood is an adventure and dark fantasy anime series from 2009. It depicts a world where people can reconstruct and deconstruct many things by using scientific methods known as Alchemists.

However, when the two brothers decide to bring their mother’s life using an alchemist, their life completely changes. This series depicts the great love between brothers and to what extent they go to save each other.

Each character in this series has an incredible character development that people love the most. It is the best fantasy anime on Crunchyroll and is also regarded as the masterpiece anime of all time.

This ranking of the best fantasy anime on Crunchyroll is based on the library of Crunchyroll (US). To watch these wonderful anime, you must sign up for Crunchyroll and log in with your email address.

Here, we’ll wrap up the post and go through every anime on this list. Keep checking back for more fantastic articles and rankings.