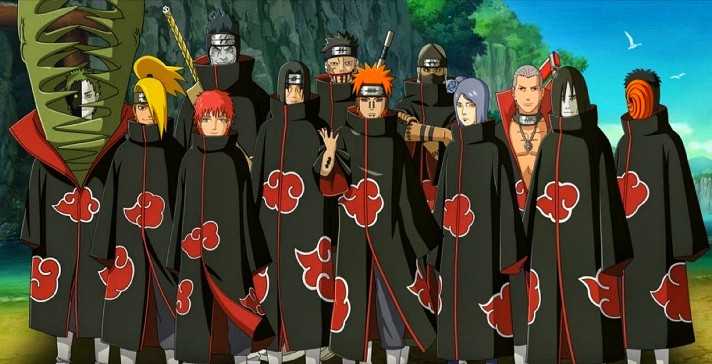 Itachi Uchiha was one of the strongest characters in the Shonen Jump manga series Naruto. He was the only character known to be both antagonist and the hero of the entire series. The beginning displayed him as a nemesis. But later on, the series unveiled him as a lone shinobi who protected his village in the shadows.

The smile on his face during death is still in people’s hearts. Except for some characters, no one has yet known the truth about him. This has made his death the saddest part in the history of anime. He passed away as a villain. But in short, he was the hero who has saved everyone even after his death. Therefore, we will compare his overwhelming power with every Akatsuki member in this article as a tribute to him.

Rank in the Akatsuki-

Akatsuki was the organization that gathers the criminals worldwide, who later on became the main antagonist of the series. There was a total of 10 most powerful criminals in this group. If we notice, every member of the Akatsuki was perfect in terms of their abilities. So, it’s very strenuous to compare them. We know in the past, Itachi defeated Deidara, Orochimaru, and Kisame.

Kisame and Itachi’s fight was not officially in the series, but we know that Kisame admired Itachi. He knew that Itachi was more potent than him. Comparing the remaining members, like Sasori, Hidan, and Kakuzu, they were also so powerful and master of their art. Sasori was known as the “Puppet Master” and was responsible for assassinating the Third Kazekage. Even though he could control one hundred puppets at one time, these puppets were still not enough to overwhelm Itachi’s Susanoo.

On the other hand, Hidan and Kakuzu were combat type ninja. They both were immortals and referred to as the “Zombie Brothers.” But the series had shown us that there are multiple ways to overpower immortality.

Therefore, there is no comparison between them and Itachi. According to us, Itachi single-handily defeated them with his Genjutsu and Tsukuyomi. Although, if he used Amaterasu, then they would probably have no chance to defend against it. Now the left ones are the most powerful and earliest member of Akatsuki. Here we are talking about Pain, Obito, and Konan.

Most Powerful Member of Akatsuki-

Obito was the mastermind of the Akatsuki and a member of the Uchiha Clan. His Mangekyo Sharingan allows him to slip through the opponent. He can teleport anything that comes in contact with Kamui’s dimension.

He was one of the most robust known characters in the Naruto series. Apart from this, he was the only one who survived from Amaterasu. But as Obito had justified that if Itachi knew about his real power, it would have been difficult for him to survive. This conversation between him and Sasuke demonstrates that even he was also afraid of Itachi. Just like Kakashi, he also could not escape from Itachi’s Tsukuyomi.

Pain was the most powerful and the leader of the Akatsuki. The series never showed the battle between Pain and Itachi. But it was described in the series that because of Itachi and Jiraiya, Pain was not attacking the Hidden Leaf Village.

Also, the series unveiled that Itachi’s main objective was to save his village from external trouble. As long as he was alive, no one dared to attack the Hidden Leaf village.  During the Great Ninja War, when both Itachi and Nagato regenerated. Then only Itachi was the one who could conquer Nagato. Therefore, if there were a battle between Itachi and Pain, there would have been more chances of Itachi’s winning.

So, in our opinion, Itachi was the most powerful member of Akatsuki. No one could overpower him in one on one fight. If fans give him rank, he would have secured first or second place in the Akatsuki.

(All For One) Shigaraki vs. Star and Stripe in MHA | Explained & Power Comparison