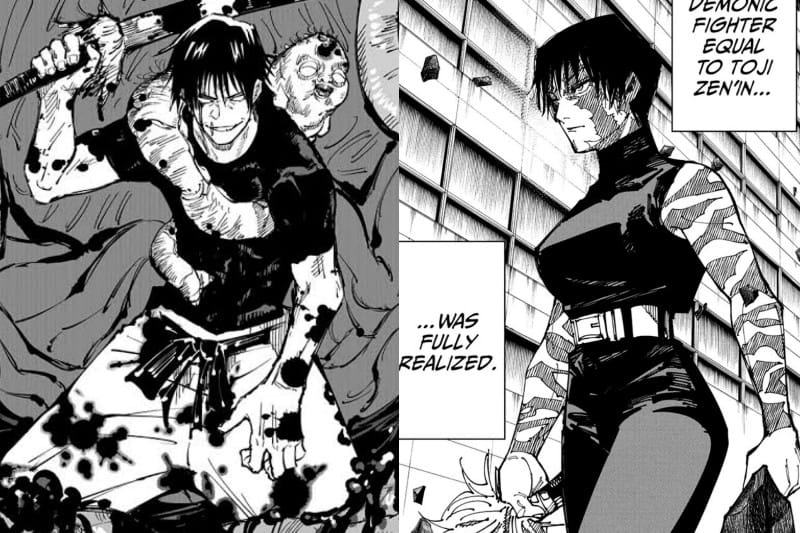 A fierce human in the form of God of War is reborn, and this time, she is on par with Zenin Toji. Maki Zenin showed a glimpse of her true strength and easily eliminated one of the strongest special-grade cursed spirits. So, now what will happen next?

The last chapter revealed Naoya’s Domain Expansion and Maki’s true strength. Naoya, in his domain expansion, overpowered both Miyo and Daido. He explained that anyone he touched in the domain would be frozen for one second. Not only this, he can even manipulate every cell of his opponent, and when his opponent moves, every cell will be out of alignment.

That’s why Miyo and Daido were severely injured just by taking one step. Naoya made his domain expansion only for Maki, but he couldn’t sense her. He thought he could sense her in his domain but was wrong.

Daido purposefully moved his right arm, resulting in his arm cutting. Naoya thought it was pointless, but Daido sensed Maki and returned her sword by sacrificing his right arm. 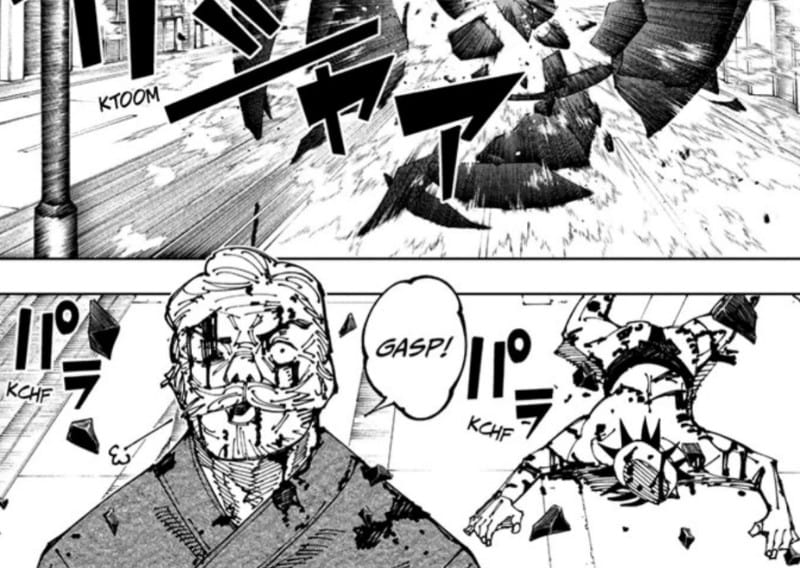 On the other hand, the panel surfaced the reason why Naoya could not sense Maki in his expansion. As we know, Maki and Toji have no cursed energy, so they can easily enter or exit the barrier unless the barrier uses a physical object as its shell or unless there is a specific condition.

So, it’s nearly impossible to trap Maki inside a domain. Correspondingly, the cursed sword Mai left behind is the replica of the cursed tool, “Soul Liberation Blade.”

The sword ignores the hardness of everything and cuts the soul directly, but the user must use the full potential and have a pair of eyes that can see the soul of inanimate objects. Maki has achieved even this, and, in the end, she sliced Naoya in two. Both Daido and Miyo were shocked to see Maki power up.

Finally, the raw scans and spoilers of Jujutsu Kaisen Chapter 199 are out. The next chapter will predominately focus on Megumi and Angel.

Here, the spoilers of Jujutsu Kaisen Chapter 199. Below we have attached the raw scans.

Maki has successfully exorcised Naoya, and in the next chapter, we will witness the current condition of Kamo, Daido, and Miyo. Daido and Miyo have nothing left to do, so there is a probability that they will ask Maki to free them too from this Culling Game so that they can rest. It’s not their era. 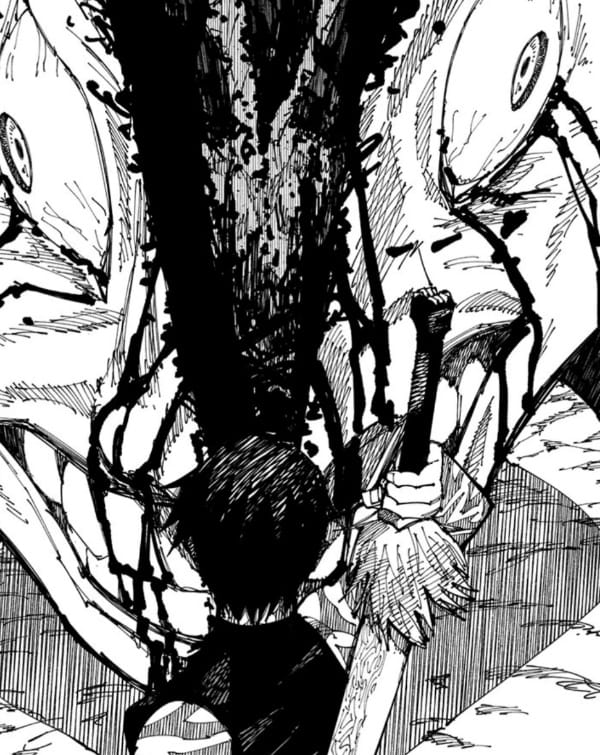 But there is also a slight chance they may join them in future battles. Currently, Noritoshi Kamo is severely injured, so maybe they will continue their journey in search of a healer.

Till now, we have witnessed everyone’s fight in the culling game. So, the next chapter may unveil the present environment of either Yuji or Megumi Fushiguro. Yuji has already settled things with Hiromi Higuruma and is on the way to search angel. On the other hand, the angel has already made an appearance in front of Fushiguro. Now, who’s panel will we see in the next chapter?

According to Shueisha, there is no hiatus for Jujutsu Kaisen Chapter 199. It means Chapter 199 will release this Sunday, i.e., on October 2, 2022. The confirmed spoiler part will also surface in next 4 days. We will update this post once we get more information regarding the next chapter. Like Toji, this time Maki will show the terror of a normal being.

Where to Read Jujutsu Kaisen Chapter 199

Fans can read Jujutsu Kaisen Chapter 199 officially on Viz Media and Mangaplus Shueisha. To read Chapter 199, fans have to wait for a week as it will release on October 2, 2022.