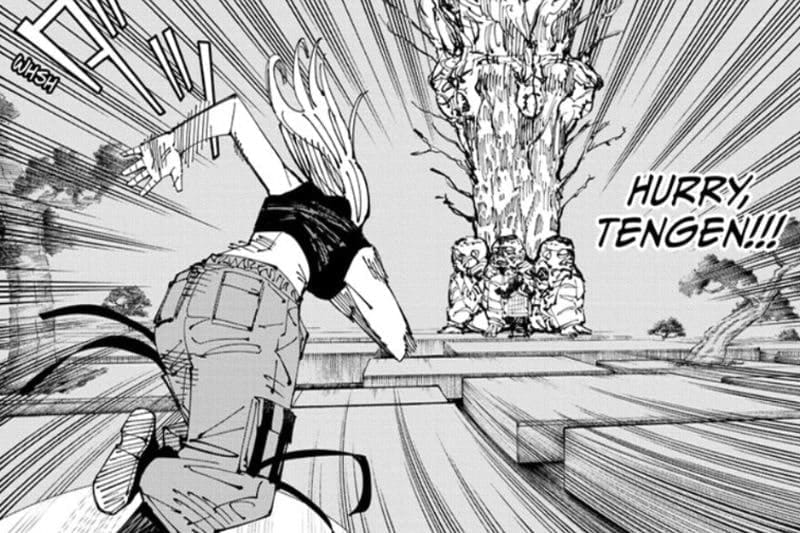 Jujutsu Kaisen Chapter 207 Spoilers are finally here after a long wait. Looks like this fight will be stretching more until we lose someone. Right when he takes a sigh of relief for Choso, he jumps back into the fight again. On the other hand, despite how OP Yuki is, things aren’t looking good for her either.

The latest chapter showed Choso jumping back into the fight as its cliffhanger. His motive is to buy enough time for Yuki to heal herself. However, with his already depleted energy, he might not even survive this fight, as we all have been fearing.

Moreover, Tengen’s plan isn’t exactly working either because Kenjaku still managed to counter it. It would now be up to Yuki to overpower him somehow as they attempt to come up with a new strategy.

The spoilers of Chapter 207 tell us that Yuki will be even more injured. Let’s see how.

#jjk207 #JJKSpoilers
–
–
–
bro imagine getting beat up by choso and yuki i would just give up tbh i've lived a good life pic.twitter.com/3UjnHCMDF0

After a week of sudden hiatus, Chapter 207 will be out on 18th December 2022, i.e., this Sunday. Looks like we will get around two more chapters before the year ends if all goes well. However, many fans are predicting Gege to take another break in the last week of December.

For now, the next chapter will be out in just 4 days, and we have Choso and Yuki together fighting against Kenjaku this time. Gege seems to keep us on edge regarding the survival of these two and the outcome of this fight. Either way, we shall wait to find out more. Until then, check out some more interesting articles below.