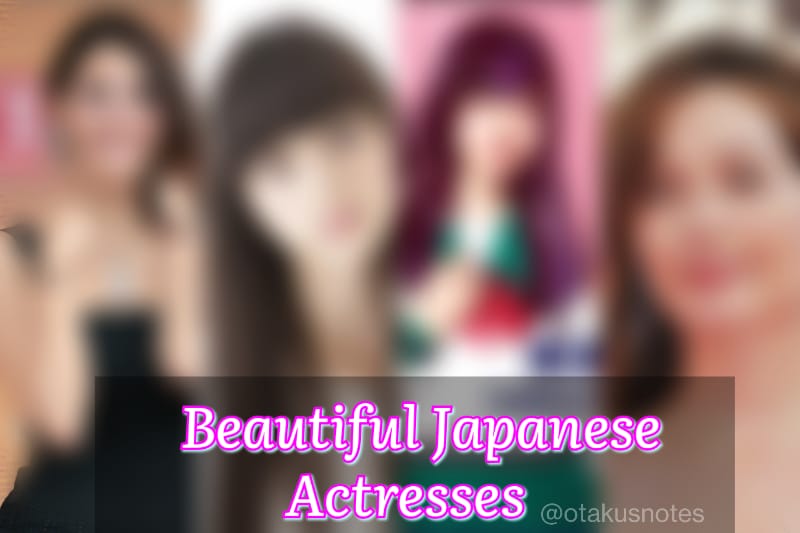 Japanese actresses boast beauty and grace like none other. Hence, it is quite difficult for us to rank these talented actresses. But for the fans, we are willing to take the risk and, thus, we present our list of Top 15 Most Beautiful Japanese Actresses in 2023 Ranked.

These actresses excel in their respective fields and, they are loved for their adorable features. If you are into the Japanese culture and wish to know more about the Japanese entertainment industry, you are at the right place. Go ahead and read this article on the Top 15  Most Beautiful Japanese Actresses in 2023 Ranked and watch their works.

This beautiful Japanese actress is a young and talented soul who is famous for her baby face. Her career started when she won the prestigious New Generation Award at the 7th Toho Cinderella Audition.

She debuted with the film Ace Attorney where she had a small role. But it was with the film Let Me Eat Your Pancreas, based on the novel of the same name, from which she got widespread success.

Yukie Nakama is another very talented Japanese actress who is also a singer and a former idol. She started her career as a gravure idol and singer and released her debut single Moonlight to Daybreak in 1996.

Her acting career started with the TV series Mō gaman Dekinai but it was with the drama Gokusen, a live-action of the Japanese manga of the same name with which she got recognition.

With the film Our Little Sister, she got her first success, as that film went on to compete for the Palme d’Or award at the Cannes Film festival. After that, she also got a part in the famous movie, The Third Murder, which again received international recognition.

This Japanese model and actress started her career when she was only 20 years old. She entered the entertainment industry as a model for the magazine Pinky where she modeled as the martial arts ring girl.

After that, she went on to become the Miss TGC at the Tokyo Girls Collection. Her acting career started with the TV series Urero Mikakunin Shōjo in 2011.

Tao Tsuchiya is not only a talented actress but also a dancer and a model. She comes from a family full of celebrities as her sister is a model and her younger brother is an actor.

Tao debuted as an actress with the film Tokyo Sonata but got widespread success with her acting in the series Mare. And recently, she bagged the role of Yuzuha Usagi in the TV series Alice in Borderland, which became very famous.

Yui Aragaki is another actress who is also a model, singer, and radio host. Her face is so desirable that she was named the most desired female celebrity by Oricon’s survey.

Her career started when she got a role in the TV series Shibuya 15. But it was with the drama Dragon Sakura, that she got to play the main role for the first time. She also won many accolades like the Film prize at the 45th Golden Arrow Awards and the Best Actress Award at the 16th Blue Ribbon Awards.

She is one of the most talented and famous Japanese actresses who is also a model and a news anchor. Her career started with the movie, Haru no Ibasho and with the series Kisshō Tennyo.

She was also the anchor for the news program News Zero from 2012 to 2018 for the NTV channel. Recently she played in the famous Netflix original series Atelier.

She was the vocalist and dancer for Labyrinth by Mondo Grosso. Apart from that, she also makes occasional vocal contributions to many j-pop singles.

Popular Movies/ Dramas: Midnight Diner: Tokyo Stories, From Me to You, Tale of Genji: A Thousand Year Engima

Mikako Tabe is one of the most beautiful celebrities of her time and, she started acting at a very young age as she acted in Sailor Moon musicals.

It was with the drama Riyū that she debuted as an actress in 2004. He also bagged the Best Newcomer Award at the Blue Ribbon Awards in 2006 with her acting in films like Hinokio and Aozora no yukue.

Her career started when she acted in the live-action adaptation of the Japanese manga Future Diary. After that, she got to play the leading role in the film Mars: Tada, Kimi wo Aishiteru!, and from then on, she became a successful actress.

Yuna Taira is one of the most beautiful and attractive Japanese actresses of her time. She was born in Kobe but grew up in Akashi, Japan.

It was in 6th grade when she debuted as an actress after passing the audition for the film, I Wish. She is not the only one from her family to be in the entertainment industry, as her sister is also an actress.

Sayaka Isoyama is one of the most beautiful actresses in Japan who is also a gravure idol, entertainer, and sportswriter. She resided in Hokota, Japan, and graduated from the Hokota Second High School.

Her career as an actress started with the TV series Hero where she played the role of a schoolgirl in episode 5. But it was in the film Miss Machiko, where she got her first lead role.

Kanna Hashimoto is one of the most famous Japanese actresses who is known for her angelic face and beautiful eyes. She started her career as a member of the Japanese pop group Rev. from DVL.

After that, she acted in numerous films and series, which were mostly live-action adaptations of manga and anime. Her most famous works are Gintama, where she plays the role of Kagura and Kaguya-sama: Love Is War.

Kasumi Arimura is one of the most beautiful Japanese actresses who is known for her role in the drama Amachan. She was born in the Hugo prefecture and also had a sister who belongs to the entertainment industry.

Her career started when she first appeared in the series Hagane no Onna in 2009. Till now, she won many awards, for which many term her as an A-list actress.

Ayami Nakajo is the most beautiful Japanese actress ever. She was born to a Japanese mother and a British father, with whom she grew up in Osaka.

Her career started as a model for the magazine Seventeen, which is a female fashion magazine. It was with the TV series Miss Double Faced Teacher, with which she debuted as an actress.

On that note, we conclude our list on the Top 15 Most Beautiful Japanese Actresses in 2023 Ranked. We’re sure many other actresses deserve a spot on our list, but sadly, we could only mention a few. But do not worry as we will release more articles like this; hence, stay tuned to read more entertaining content from us.