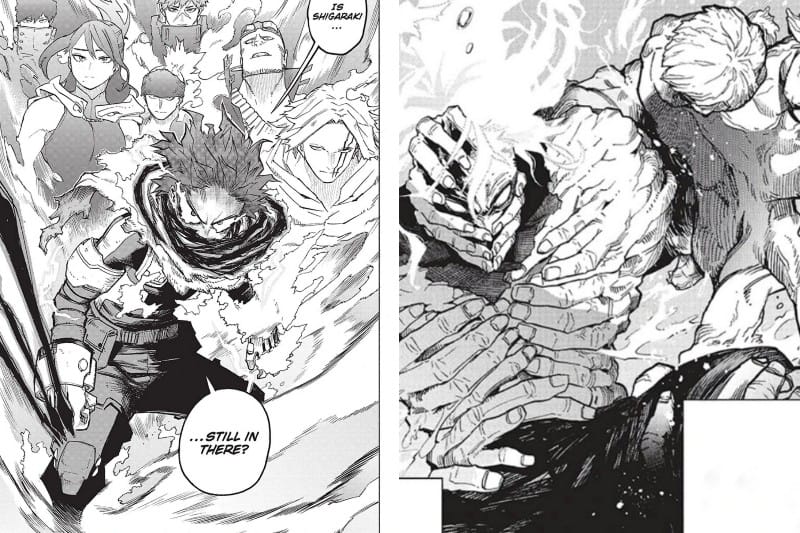 Finally, Deku has arrived on the battlefield against Shigaraki/AFO. Even Shigaraki/AFO justified that he has become powerful, and, in the end, Deku asked All for One about Shigaraki. So, what is he planning? Is Deku still think that he can save Shigaraki? Let’s discuss this in the article on My Hero Academia Chapter 368 spoilers.

In the last panel, we witnessed how Star and Stripes’ friends helped Deku to reach the location. Mirio was so happy to see Deku; however, when Deku witnessed the current situation of everyone, he fell into a state of rage. Shigaraki/AFO knew that he would lose his senses in his rage state, and he took advantage of that situation. 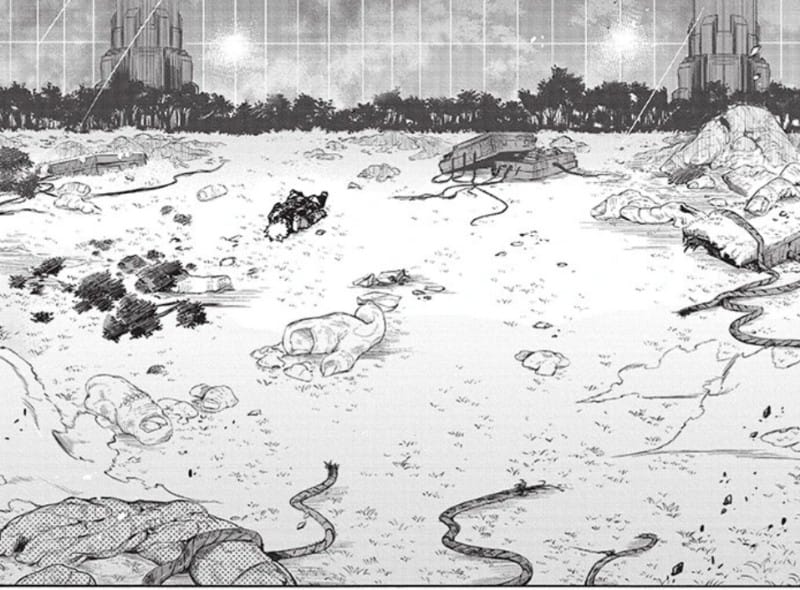 However, Mirio helped him to gain consciousness by telling him about his current condition. He told him everyone was fine, but we know the current situation and how many heroes we have already lost. Edgeshot is already giving his life, and Miriko is also on her last breath.

After hearing Mirio’s words, Deku calmed down his rage, and now he looked even more destructive. He asked one thing from All For One is Shigaraki still there, or is he already consumed him 100 percent? So, what will happen now?

Must Read: Top 20 Strongest Characters in My Hero Academia of All Time

Finally, the raw scans and confirmed spoilers of My Hero Academia Chapter 368 is out. The title of the next chapter is “Roaring One For All.”

Before, the complete summary of My Hero Academia Chapter 368. Below we have attached the raw scans.

The next chapter will surface the continuation of the fight between Shigaraki/AFO and Deku. Now this time for Deku to show the full potential of One For All. In the last panel, we witnessed the images of the six previous One For All users behind Deku.

So, there is a high possibility that in the future, we will get to know about the third user that Shigaraki/AFO sensed from Bakugo. Many fans have estimated that even now, Izuku has become stronger; still, it will be nearly impossible for him to defeat Shigaraki/AFO without any external help. So, Bakugo may rise in the following two or three chapters.

In addition, we don’t know the current situations of Dabi vs. Shoto and All For One vs. Endeavor fight. So, there is a high possibility that the next chapter may also show a glimpse of other fights.

If we talk about Izuku, he is still thinking of saving Shigaraki from All For One but will be able to succeed. The answer is currently no. Even though he shows a good path for Shigaraki, All For One will still not let him turn against him. So, let’s see what will happen in the next chapter.

According to Shueisha, there is no hiatus for My Hero Academia Chapter 368. It means Chapter 368 will release this Sunday, i.e., on October 2, 2022. Finally, the fight between Deku and AFO is at its conclusion. Now it’s time to wait for Bakugo. Will he join the fight, or Deku alone will over it?

Where to Read My Hero Academia Chapter 368

Fans can read My Hero Academia Chapter 368 officially on Viz Media and Mangaplus Shueisha. To read Chapter 368, fans have to wait for a week as it will release on October 2, 2022.