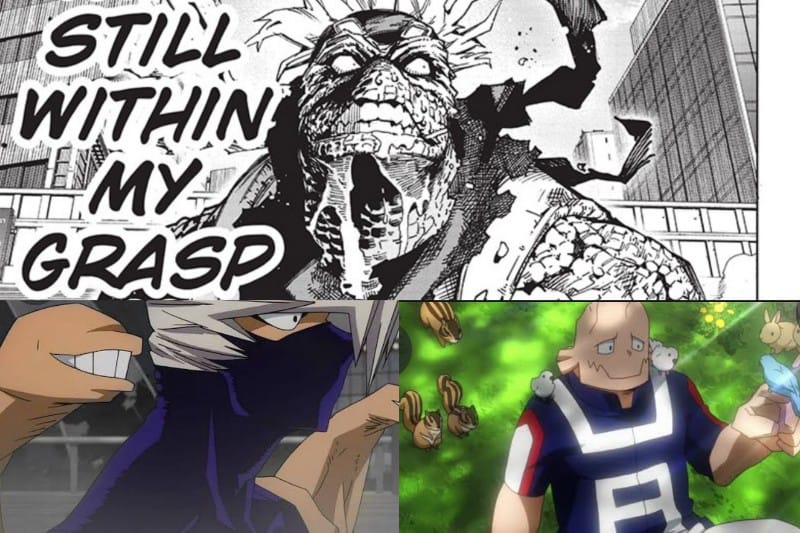 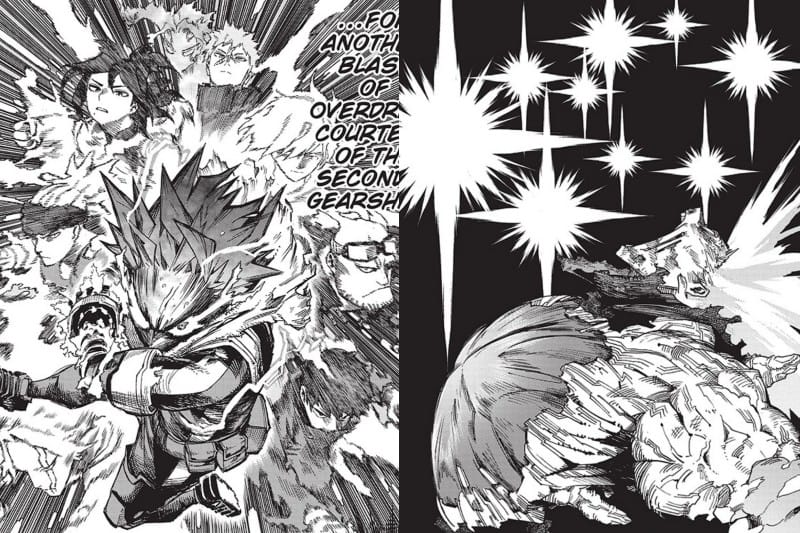 The last chapter, titled Many Years, begins with a flashback, and it’s not just a normal flashback. It was the final fight between All For One and the second user of OFA. The city was completely ruined, surrounding them with countless bodies. All For One was holding the second and crying. But why was AFO crying?

He never showed an emotion like this. Many fans predicted that All For One always wanted second to fight by his side, or maybe the Second already transferred the OFA quirk to third; that’s why AFO was crying. At that time, AFO didn’t take 2nd user’s quirk as it was fit for nothing.

However, in the current, Deku gained the upper hand against AFO with the help of Second’s quirk, and even AFO was surprised to witness the capability of his quirk.

Now, as we all know, Deku and AFO are connected through quirks; that’s why AFO was witnessing the reflection of 1st and 2nd users on Deku’s back. The chapter revealed more new information on Deku’s new quirk.

There has been a bit of a correction; as we know now, the quirk is called gear shift, not transmission. In the end, Deku combined every OFA user’s quirk and attacked TomurAFO, and it seemed that AFO was finally defeated. AFO blamed everyone from Erasure to the flying UA. AFO wondered if everything he had done until now was useless.

This desperation and despair is a deadly combination, and something otherworldly begins to happen to TomurAFO’s body. He screamed, and nine stars that resemble One For All manifest above him. It looked like he was trying to consume something.

In the end, we witnessed Spinner buffed up and eliminating everyone in his path. So, what happened to him? Too many questions have surfaced, and for the answers, we have to wait for the next chapter.

After the break for a week, My Hero Academia Chapter 370 will release on its schedule, October 23, 2022. TCB scans will surface the unofficial chapter on October 21, 2022. Now, let’s see what will happen now.

Where to Read My Hero Academia Chapter 370

My Hero Academia is officially available to read on Viz Media and MangaPlus Shueisha. It is best to read the manga on official sites since they both allow you to read the latest chapters free of cost.

So you needn’t waste time and compromise over the quality you read the manga in. They also announce the chapter schedule so that you don’t miss an update.

Additionally, other platforms, such as Comixology, Kindle Unlimited, Amazon, etc. for purchasing/reading. Therefore, you have plenty of options.