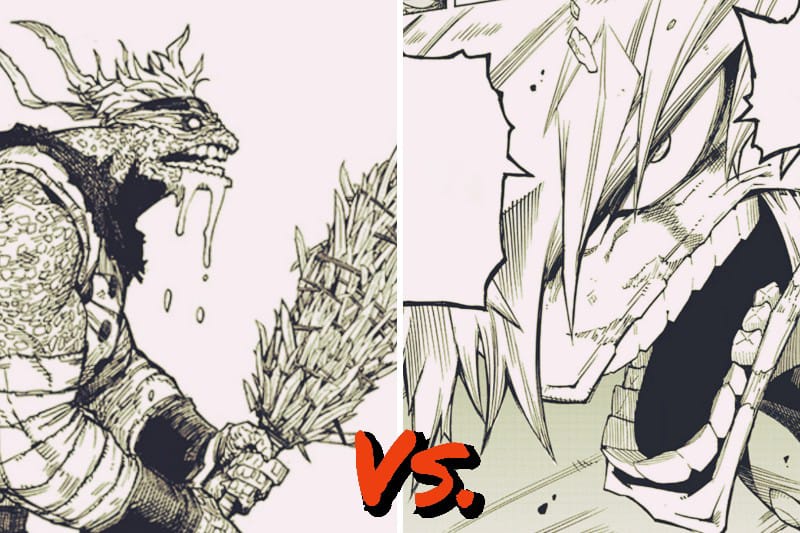 The last chapter primarily concentrates on mutants’ aggressions. And it ended with the beginning of the fight between Shoji and Spinner. My Hero Academia Chapter 371 will commence with the continuation of the battle between Shoji and Spinner. The chapter comprises Shoji’s emotional past and his sufferings in the city. So, let’s deep-dive into the spoilers and raw scans of My Hero Academia Chapter 371.

In My Hero Academia Chapter 370, Shoji’s face is revealed, and, in this chapter, we will witness his hellish backstory and the reason behind always hiding his face. In addition, Spinner will also play a significant role in this chapter.

Currently, he has lost his mind because of AFO. AFO prioritizes Kurogiri over anyone who is currently in the hospital. That’s why he lit the fire of discrimination against mutants and commanded Shigaraki to bring Kurogiri off.

However, the PLF General has some other plans. His goal is to take over society by crushing down the heroes and police. Hizashi and Koji Koda are already at their limit, and the only one fighting right now is Mezo Shoji. So, who will win this fight?

My Hero Academia Chapter 371 will release under the title- ‘Together with Shoji’. The chapter will focus more on the practical approach towards mutant discrimination, where Shoji and Spinner play an important role.

Back to the present:

Here’s the summary of My Hero Academia Chapter 371. Below we have attached the raw scans.

According to Shueisha, there is no break this week. Therefore, My Hero Academia Chapter 371 will release on its schedule, October 30, 2022. TCB scans will surface the unofficial chapter on October 28, 2022. The next chapter will show an interesting fight between Shoji and Spinner.

Where to Read My Hero Academia Chapter 371

My Hero Academia is officially available to read on Viz Media and MangaPlus Shueisha. It is best to read the manga on official sites since they both allow you to read the latest chapters free of cost.

So, you needn’t waste time and compromise over the quality you read the manga in. They also announce the chapter schedule so that you don’t miss an update.