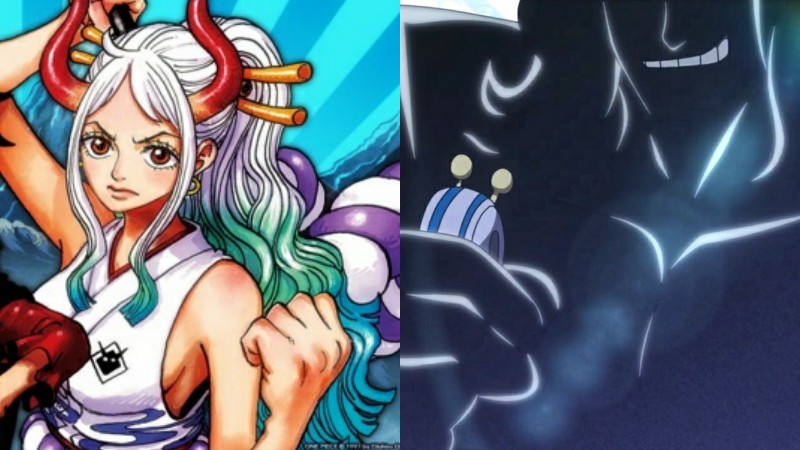 Lately, a Megathread of One Piece Volume 98 SBS has been created on Reddit. In SBS 98, the fruit model of Kaido’s Devil Fruit has been revealed. Kaido possessed Fish Fish Mythical Zoan Devil Fruit Model: Azure Dragon/Seiryu.  After this announcement, many theories regarding the relation between Mythical Zoan and Chinese Mythology have been assumed by fans.

Not only Kaido’s Devil Fruit, but it has also gestured a hint towards Luffy’s Gear 5. Yes, you heard right; in the future, we will witness Luffy in Gear 5 mode. In the Reddit Megathread, you can also read questions concerning Sanji’s synopsis at 40 and 60, Doffy’s Nickname, and many others. We highly recommend you guys to know more about the SBS 98 session on this Reddit Megathread.

Back to the post, the center point of this SBS was the revelation of Kaido’s Devil Fruit Model. We have got to see diverse Mythical Devil Fruits in the series so far, and some of them already hold a connection with Chinese Mythology. So, there is a high possibility that in the course of time, we may witness other Mythical Zoan Fruit having this sort of relationship. And thus, in this post, we will discuss our theory on the other Mythical Zoan Models’ interrelation with Chinese Folklore.

Kaido’s Model Azure Dragon is among the four symbols of Chinese constellation. These four symbols also delineate the four guardians or gods of the world. Each symbol is closely associated with directions like Azure Dragon of the East, the Vermilion Bird of the South, the White Tiger of the West, and the Black Tortoise of the North.

Azure Dragon, also known as Seiryu in Japanese, has a blue-green guise, as shown in the One Piece series. It is the guardian of the East and denoted the Spring Season. Although, in Japan, the Azure Dragon is the patron of Kyoto city in the East. Its nature is water; that’s why Oda sensei depicted his fruit as a Fish-Fish type in the series.

Marco, the first division commander of the Whitebeard Pirates, gained the Bird-Bird Fruit Model: Phoenix. Here we can similitude Phoenix with the Vermilion Bird based on their characteristics. According to the mythology, Vermilion Bird represents the fire element, summer season in the South, and immortality. Marco, the Phoenix, also exhibited the same features in the series.

How these Four Symbol Allude Towards Yamato’s and Ryukugyu’s Devil Fruit?-

In our opinion, Oda sensei might use the concept of Chinese Mythology. In that case, there is a high likelihood of witnessing the remaining two legendary creatures, Black Tortoise and White Tiger, in the One Piece World. Thus, we’re here likening those former two with Yamato and Ryukugyu’s Devil Fruit.

In the recent manga, Yamato threatened Sasaki by showing a glimpse of her transformation. Her teeth’ figuration during intimidation positively indicates her possession over one of Zoan type Devil Fruit, but due to seastone cuffs, she cannot transform into it.

Thereby, we’re comparing her from one of the Mythical Beasts, White Tiger, the Guardian of the West. Also, she is an Emperor’s daughter, and that he might give her the rarest Mythical Zoan Fruit. In the future, she will play a crucial role in the Great Battle along with the Straw Hats. At that time, perhaps, her mythical fruit gives an advantage to her allies.

Ryokugyu, the Marine Admiral, is one of the mysterious characters in the One Piece series. Doflamingo categorized both Fujitora and Ryokugyu (Green Bull) the monster of the Marines. Many fans already theorize that Ryokugyu has the Zoan type devil fruit.

In our perspective, Ryokugyu’s devil fruit may also get a connection with Chinese Mythology like Kaido. If that so, then he may possess Mythical Zoan Devil Fruit Model: Black Tortoise. As justified by Chinese folklore, Black Tortoise is a North’s guardian and denotes the Earth/Land.

During the Dressrosa arc, Fujitora met Ryokugyu on the grounds of Mary Geoise’s Pangaea Castle. During the conversation, Ryokugyu claimed that he was so lazy to feed himself anything in 3 years. A tortoise also has the same characteristics of laziness and can survive for two to three years without food. Therefore, Ryokugyu perhaps has the ability of the Mythical Zoan Fruit, which allows him to transform into a Legendary Black Tortoise.

Hence, this is our theory and prediction on One Piece Devil Fruits’ relation with the Chinese Methodology. Hope you have enjoyed this prediction. We will be back with another theory article related to the One Piece series. Till then, stay tuned with us.