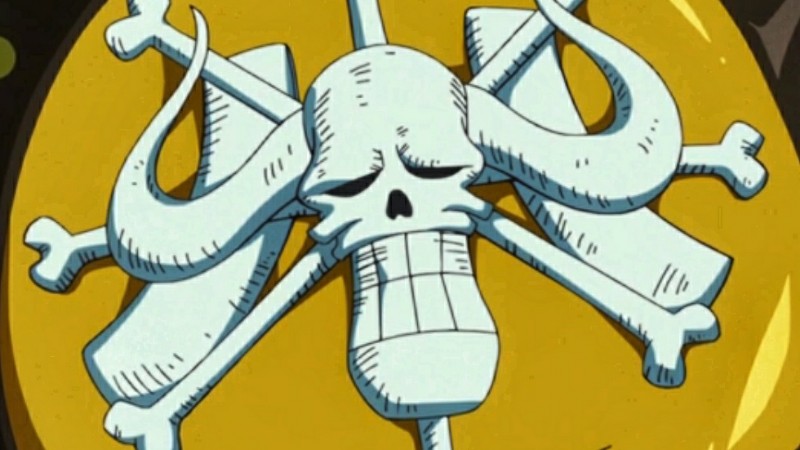 The Wano Arc has reached its climax in One Piece Manga series. The final war between the Beast Pirates and the Worst Generations has already begun with an equal loss on both sides. The series has unveiled the all abilities and strength of every known member of the Beast Pirate, excluding Yamato. Therefore, in this post, we will rank the top 20 strongest members of the Beast Pirates according to manga.

Warning: Spoilers Alert! This post has revealed some members’ powers that aren’t mentioned in the One Piece anime series yet. So, anime lovers, if you don’t want to get spoiled, you should better stop here. Before starting, some notable mentions haven’t included in our list because of limited information.

Yamato, Kaido’s daughter (World’s Strongest Beast), is an influential Beast Pirate member. She wields a giant Kanabo like Kaido. Based on strength and speed, she alone defeated Hatcha with a swing vertical mid-air attack, Nari Kabura. In the past, Yamato fought Ace and gave him an equal fight without using her Zoan ability. Due to the sea stone cuffs, she can’t transform into a Beast. Therefore, with the base strength and speed alone, we cannot rank her on the list. Maybe she is powerful than Jack and Queen.

Some Gifters which arrived during the Onigashima raid (like Fourtricks, Hamlet, Poker, etc.) are difficult to rank. They do not seem to be powerful, and the series hasn’t revealed much about their real strength and ability. Therefore, we have not placed them in the top 20 list. So, they were the special mention; let’s begin the ranking of the most vital members of the Beast Pirates.

Top 20 Strongest Members of the Beast Pirates in One Piece-

A member of the Beast Pirates with Horse Artificial Zoan fruit. From her fruit’s ability, she resembles a centaur having limbs and ears like a horse. She is a swift runner with 350-degree vision. The additional ability that placed her in the top 20 is to harness Armament Haki arrows to attack her opponent.

Another Gifter of the Beast Pirate with the Bat Artificial Zoan Fruit. His fruit allows him to use some bat attributes like flying and hearing amplification. Also, he can manipulate the direction of his arrows with sonar. Like Speed, he can also use Armament Haki to block Luffy’s attack.

Dobon is the vice-warden of the Udon Prison who ate Hippo Smile Zoan Fruit. After its consumption, a hippopotamus grew out of his body. His hippo body gives him an advantage in the battle. He can catch opponents in his large mouth, Slaughter Room, and then attack with his two daggers.

Solitaire is also the vice-warden of the Udon Prison with Monkey Artificial Zoan Fruit. Her fruit gives her four more arms along with a monkey tail. With this ability, she wields four swords in her supplementary arms. She was powerful and skill enough to fight against Raizo.

Daifugo is a Shinuchi of the Beast Pirates who ate Scorpion-Scorpion Artificial Zoan. Like many other Shinuchi, Daifugo also has the unordinary physical characteristics of the Artificial Zoan Fruit. He has scorpion legs, and his hair can turn into a stinger. He can also inject poison with his stinger. During Big Mom’s rampage, Daifugo was the one who shot “Excite Bullets.”

Another Gifter who made his appearance in the Zou Island and has eaten Sheep Artificial Zoan Fruit. His fruit ability grants him the power to transform his hands into a sheep’s horn. The reason why he made it to rank 15 as of his good command over his fruit. He can activate and deactivate the sheep horns from his hands. Also, he quickly countered Brook’s freezing attack but, in the end, got defeated by Sanji.

There is no doubt in this man’s strength. He has the ability of Lion Artificial Zoan Fruit possessing lion’s head and forelegs. Holdem is a swordsman who gave a tough fight to Shutenmaru, and his lion Kamijiro can breathe a stream of fire, Shishi no Hi. He can combine his blade, “Karakuri Sword,” with lion fire to make it more damageable.

Most powerful Gifter, Babanuki is the Warden of the Udon Prison. He has the ability of Elephant Artificial Zoan Fruit, which made his body extremely resilient. He has superb control over his elephant body. He uses his elephant head to unleash massive explosive sneeze and launch cannonballs. He can also fire a poisonous shot from his Elephant trunk, 200 times more toxic than the Mummy Virus.

She is one of the Tobi Roppo (the Flying Six) and Dragon-Dragon Ancient Zoan Devil Fruit owner. Her fruit allows her to transform into a Pachycephalosaurus, which grants the ability of strength and speed. She can grow claws, tail, the harden forehead, and can also cover her head with Armament Haki. In the series, she defeated Nami and Usopp along with her brother Page One. She is powerful enough to beat every Artificial Zoan type user.

Page One is the brother of Ulti and also a member of the Tobi Roppo (the Flying Six). He ate Dragon-Dragon Ancient Zoan Devil Fruit, which allows him to transform into Spinosaurus. His strength and resistance boost tremendously in his full-beast form. In the Wano Arc, he effortlessly defeated Nami and Usopp with her sister, Ulti. Both Ulti and Page One are on the same level, but they both are the weakest among Tobi Roppos.

Scratchmen Apoo, the Roar of the Sea, is from the Worst Generation and got allied with the Beast Pirates. With the bounty of 340,000,000 berries, he made his appearance with the Numbers in the Wano Kuni. He ate the Paramecia type Devil Fruit that allows him to convert his body parts into instruments. Through instruments, he plays specific tunes that release soundwaves and gives explosive damage to those who hear them.

The Numbers are artificial giants that were produced in Punk Hazard. They were the ones behind the destruction in Wano. They comprise ten giants, out of which the names of 5 are revealed in the series. Having colossal size and strength, they are powerful enough to crush anyone in their way.

Another influential member of Tobi Roppo, Black Maria, possesses Spider-Spider Ancient Zoan Devil Fruit, allowing her to transmute into an ancient spider, Rosamygale. The series has yet to unveil her devil fruit powers. But in the recent chapter, she showed her tactical skills to capture Sanji. We placed her in 8th position because of her strategic mind and her devil fruit’s great use.

Basil Hawkins, known as the Magician, is among the Worst Generation and a Beast Pirates forced member. He possesses Straw-Straw Paramecia type devil fruit, which allows him various abilities. A mysterious swordsman who perfectly knows how to save himself in dire situations. He has got multiple abilities like Tarot Cards, straw voodoo dolls, etc.

Sasaki is another powerful member of the Tobi Roppo who ate Dragon-Dragon Ancient Zoan Fruit. He can transform into Triceratops which immense toughness and strength. Sasaki’s full strength hasn’t been unveiled yet, but he is powerful enough to challenge Yamato. Currently, he is fighting with General Franky.

Sasaki is the most powerful member of the Tobi Roppo. He has Cat-Cat Ancient Zoan Fruit, which allows him to transform into a Saber Tooth Tiger. Currently, he challenged Jinbei for a fight. In the future, we will witness the power of his devil fruit. We placed Sasaki and Who’s Who in the topmost of our list because their strength and abilities are yet to unwind.

Jack, the Drought, is a member of the All-Star and one of Kaido’s three closet confidants. In base form, he is mighty that even World Government considers him extremely dangerous. He ate Elephant-Elephant Ancient Zoan Fruit, which allows him to transform into a Mammoth. In his beast form, his strength and resilience increased exponentially.

Queen, the Plague, is another member of the All-Star and Kaido’s left hand. He is also among the earliest members of the Beast Pirate. He has consumed Dragon-Dragon Ancient Zoan Fruit, which transforms him into a Brachiosaurus. He is an expert in Weapon Engineering and has created many deadly viruses. He is extremely dangerous because of his creative brain. Also, in Brachiosaurus form, his strength increases, and he even challenged Big Mom for a fight.

King, the Wildfire is the strongest and prominent member of the All-Star and right hand of Kaido. He is as efficacious as Katakuri, although his bounty is still unknown. He ate Dragon-Dragon Ancient Zoan Devil Fruit resultant can transform into Pteranodon. In his beast form, he alone stopped the Big Mom Pirates from entering Wano. He is also a swordsman, but his power and abilities are still hasn’t revealed.

Kaido, the strongest creature in the One Piece World, the Captain of the Beast Pirates, and one of the Four Emperors. He is also known as the King of Beast. He is so powerful that even the Akazaya Nine couldn’t stand a chance against him. He ate Fish-Fish Mythical Zoan Devil Fruit, which allows him to transform into an Eastern Dragon. In his Dragon form, he can fly and breathe fire from his mouth. He also possesses the Colour of Supreme King Haki. Till now, no one has defeated Kaido in a one-on-one fight.

Here is the list of Top 20 Strongest Members of the Beast Pirates. The rankings of some characters may be changed according to our favorites and predictions. Hope, you have enjoyed it. In the future, we will back with another ranking in One Piece series. Till then, stay tuned with us.