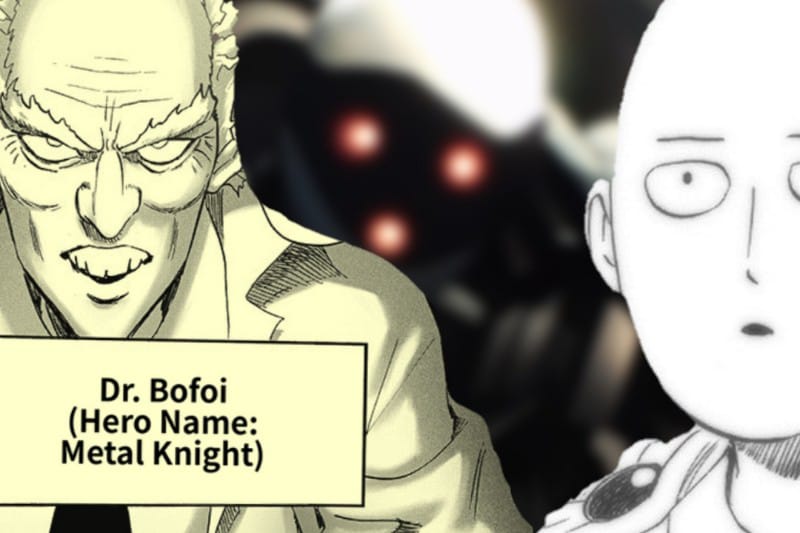 ONE and Murata cleared one of our many questions- Metal Knight’s identity in One Punch Man Chapter 173. Until now this S-Class hero was only shown as a giant robot possessing incredible strength. However, not many of us wondered that it could be just a robot altogether and nobody was really inside the armor.

But One Punch Man Chapter 173 revealed that Dr. Bofoi, an old scientist is Metal Knight. He specializes in creating incredible AI and overwhelmingly powerful robots. The robots were equipped with highly intelligent features that could easily win a battle.

Metal Knight first appeared even before the meteor incident in the Z-city when he was testing his latest upgrades. Genos was the first to encounter him as he too was determined. They end up in a brutal fight where Genos is destroyed.

Later during the meteor incident, alongside Metal Knight and Genos, Bang and Saitama were present on the scene. However, Metal Knight brushes them off and boasts that he is enough to deal with it. Despite this reality, Metal Knight receives the credit for this mission and advances in rank.

Post this incident, we rarely see Metal Knight in meetings or on missions. It is a mystery where was he all this time and his current location as well. And when we say Metal Knight, we refer to his robot which has been acting as Metal Knight until this point. Since Dr. Bofoi is the man behind these robots, there is more to him than just being a good scientist.

Now that we know the armed robot we have been seeing acting as Metal Knight is actually just one of his creations. His current location is unknown. The panel suggests that he has a full-fledged laboratory from where he monitors everything he wants.

Furthermore, we remember Drive Knight warning Genos about Metal Knight after their first encounter. He tells him to be wary of him and not get too involved. He also mentions that Metal Knight is twisted and so are his goals and personality. However, nothing much happens that involves Metal Knight. Their conversation also hints that Dr. Bofoi could be the one behind the destruction of Genos’s village.

We only see his robots emerge from the ground after Saitama defeated Garou. From there on, Metal Knight took charge of decontaminating the citizens from radioactive effects and even rebuilt the Hero Association facility.

What’s next in One Punch Man?

One Punch Man Chapter 173 revealed that the entire Anti-Monster Defense System was created and installed by Metal Knight. This means that he has full access to and control of the facility. He can also monitor it as much as he wants. 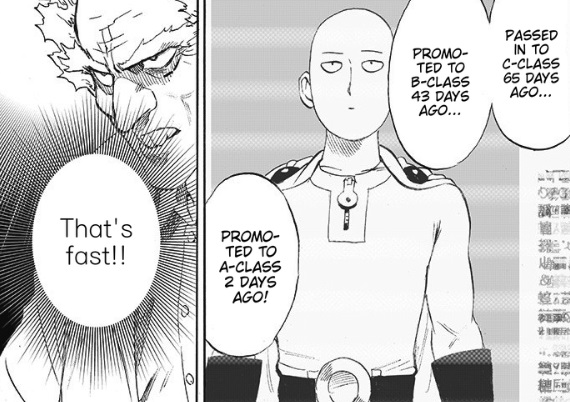 And that is why he witnessed Saitama destroy his best and most powerful AI with just a flick of his hand. He decides to run a background check on Saitama and finds nothing out of ordinary except his Hero Examination’s Physical records. This was enough for him to take an interest in Saitama.

He also analyses that his robots could easily destroy Demon-Level threats and has proven records for the same. Therefore, he decides to keep a close eye on Saitama and discover just how is he powerful enough to destroy his robots so easily.

Not only Dr. Bofoi but other heroes too have taken an interest in Saitama after Genos narrated the whole Garou-Saitama fight and time-travel incident. The heroes include Zombieman, Flashy Flash, and even Sweet Mask who decide to monitor Saitama.

Therefore, the new arc in One Punch Man will be full of plot twists, revelations, and loads of comedy!