Skip to contentHome » Anime & Manga » How Did Saitama Get His Powers? (Saitama Power Level in One Punch Man) 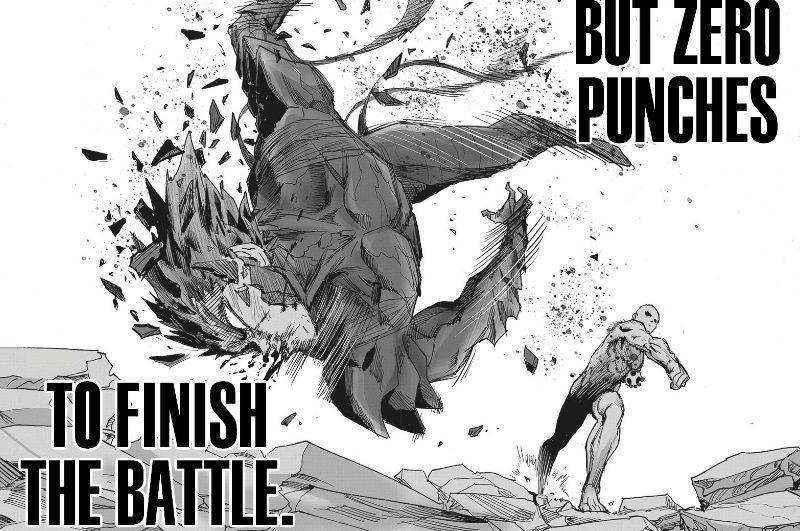 One Punch Man is one of the finest shounen-comedy manga out there. The manga just ended one of its most hyped arcs, End of Garou’s Monsterification. However, it revealed many things about Saitama’s power. Firstly, he is limitlessly strong and would always be the one-punch man. But how exactly did he gain such power? What makes him possibly the strongest character to ever exist? The answer to this is pretty simple, and it’s been established right since the beginning of the manga.

ONE and Murata’s take on this shounen manga is to break the typical shounen plot where the MC is weak and struggles through life to become the strongest & best. In One Punch Man, the MC is already the strongest character in verse. So what we’re really reading is just how massive his power can become through epic fights and incredible villains.

Saitama is just a normal man who one day decides to be a hero for fun after a certain event. He exercised every day continuously for three years until he lost his hair and gained incredible physical strength. There is no supernatural element or secret to his strength. It is purely the result of his physical training.

Furthermore, let’s analyze his power levels and origin story in detail to get a better idea.

How Did Saitama Get His Powers? 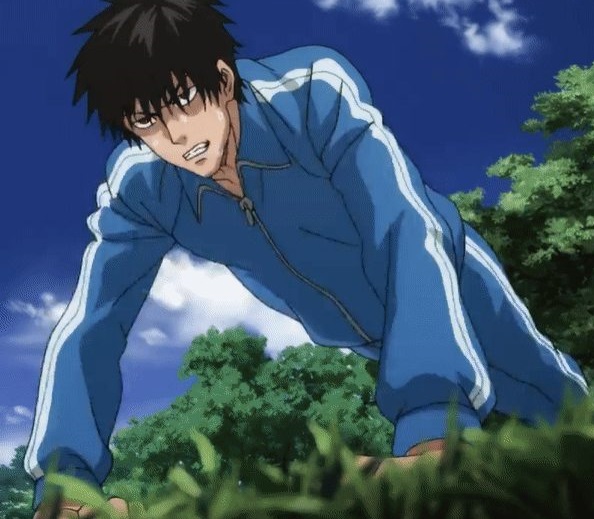 Saitama was initially a common man working his monotonous corporate job. Until he encounters a crab-themed monster wreaking havoc on his way back home from the office. However, Saitama was so unbothered that he just ignored him and passed him by. But he crossed paths with the same monster again, only this time he was about to harm a kid playing in the park. Therefore, he couldn’t help but jump in and save the child. And so begins his journey to find a purpose while working as a hero. He decides to train so hard to be capable enough to defeat monsters and enjoy the fight.

Therefore, this simple routine helped him gain limitless strength to defeat any opponent with just a single punch. After the revelation of the limiter in the manga, it is safe to assume that Saitama simply has no limiter, or he broke it while training. This means that he pushed himself beyond his limits and hence, achieved limitless power. 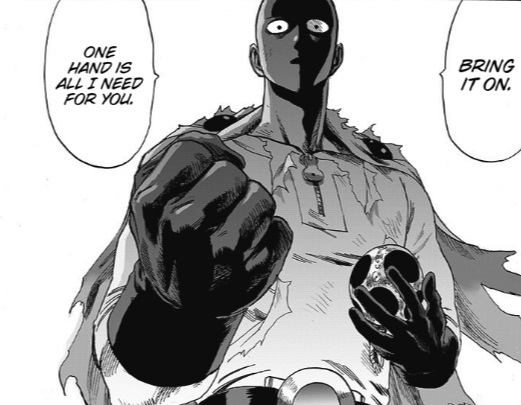 As per the latest manga chapters, Saitama’s power is Jupiter level since merely his sneeze blew up the whole planet. We witness more of his strength during his fight against Cosmic Garou on Jupiter’s moon, IO. He table-flipped the moon and traveled extremely fast from one debris to another. He was fast enough that it looked like he was teleporting.

Saitama could also grab the dimension portal and catch up to Garou every time he teleported. He was immune to the adversaries of space. One major condition during the entire fight was that he promised Tareo not to finish off Garou for good. Therefore, Saitama was using only enough strength to punch him without completely annihilating him.

The takeaway here is that the manga confirms that Saitama’s power has no limit. But this is the level of his power that we witnessed in the manga as of now. Even Cosmic Garou is nowhere near his power level, even though he is easily the second strongest character in the manga. Therefore, Saitama’s power is absolute, with no exceptions.

You could throw Saitama in any situation, and he will be more powerful than that. So, to sum up his abilities, he is/has:

Does Saitama have Infinite Power? 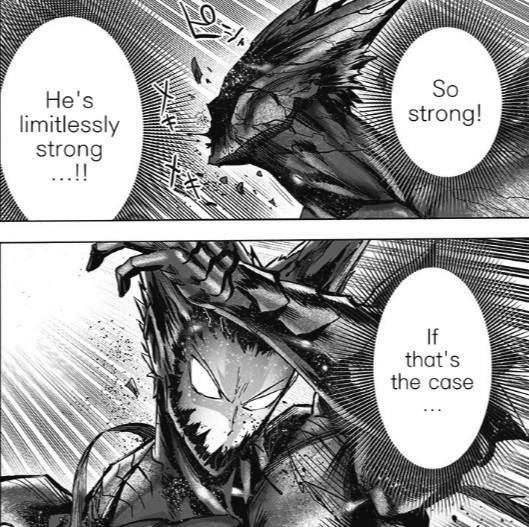 Yes, he does. As confirmed by the end of the current arc, Saitama’s power is limitless. Since he has no limiter, his powers keep growing stronger.

As seen during his fight against Cosmic Garou, every time Garou would catch up to his strength, it would increase further. This went on until Garou could no longer copy his moves and match his strength. He reached his limit, and ultimately, the gap between his power and Saitama’s became so wide that he surrendered.

Another example is when Garou teaches him his ultimate move. Garou himself couldn’t successfully achieve despite receiving powers from God. But Saitama mastered it in no time and was able to travel back in time. Therefore, it is a fact that Saitama has infinite power.

How did Saitama break his limiter & lose his hair? The concept of a limiter was introduced during Garou’s monsterification arc. Dr. Genus theorized that everybody is born with a limiter which marks the growth limit of their strength and power in general. Nobody can grow beyond it in terms of strength, power, and physical form as well. Dr. Genus also postulated that some people break their limiters and achieve unimaginable strength. Therefore, Garou’s monsterification began when he surpassed his limiter during his fight against Superalloy Darkshine. Therefore, after that, he kept growing stronger, showing different forms of himself and his powers.

As for Saitama, he broke/removed his limiter purely through physical training. This indicates that his training regime was way beyond his limits, and he still managed to cross it. He trained so hard that he went bald. That is the only reason he lost his hair.

As a final result, he has no limiter, and his power keeps growing rapidly every second.

Where to read One Punch Man manga?

The manga is published in Shounen Jump’s weekly issues and ONE’s official site. For international readers (outside Japan), the manga is officially available to read on Viz Media and Mangaplus Shueisha. They allow you to read the three latest chapters free of cost, and on the same day, they’re out. Therefore, it’s best to read the manga in top quality on these two official sites.

There are two seasons of 12 episodes of One Punch Man so far. As for the third season, there hasn’t been any official announcement yet. The anime is expected to air in 2023. We can’t wait for the trailer of the third season that will give us a glimpse of much of the manga it will cover. Considering the point where the last episode of the S2 ended, the following season will cover a lot of epic fights and plot twists.

Must Read: Saitama vs Garou vs Blast Who will win in One Punch Man? 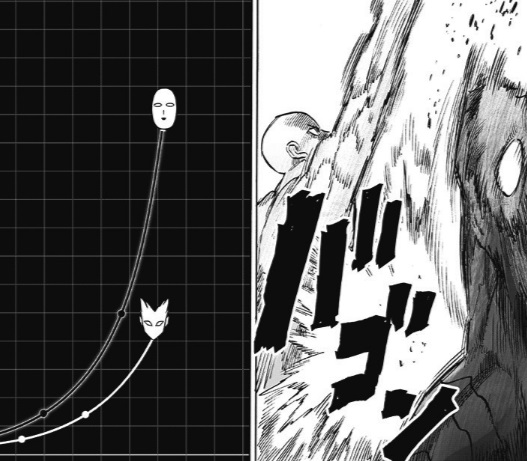 Q1. Where does Saitama’s power come from? The true source of power?

Saitama’s powers come only and only from his training and no other supernatural element or such. He also has no limiter; therefore, his power keeps growing more and more with each passing second. The true source of his power is his three years of disciplined training. He trained so hard that he went bald.

Q2. How much power does Saitama have? Is Saitama’s power infinite?

The latest feat of his powers, as per the manga, is Jupiter level and stronger than the force of a supernova. When Garou transformed into his Cosmic Terror state, he received God’s power and became as powerful as a supernova. He could understand and copy every energy and force of the Universe or being.

While he fought against Saitama, he lost to his limitless strength badly. The gap between their powers grew so wide that Garou could no longer copy his moves/strength. Therefore, Saitama is way more powerful than whatever power scales Cosmic Garou was.

Ultimately, yes, Saitama is infinitely strong. His powers have no limit. Whatever opponent he comes across, he has enough power to finish them off with a single punch.

Q3. Why Saitama is so strong?

If we consider Dr. Genus’s theory regarding limiter, Saitama removed/broke his limiter during his inhumane training. Therefore, his strength has no limit whatsoever. He gained his powers thanks to his three years of the continuous training regime.

Q4. Who is more powerful than Saitama?

As of now, there is no character in One Punch Man or any other manga who is more powerful than Saitama. This means that ONE and Murata just created an ultimate character with no limit to his power. The logic/rules of the manga clearly state that Saitama is limitlessly strong, and his powers would keep growing.

Throughout the manga, there are quite a few characters who know about Saitama’s power. However, they can’t perceive the true power scale of his powers since they only witnessed whatever little power Saitama used in front of them. Of course, those who fought him or witnessed him in action understood that this man was beyond their power levels and was life-threateningly powerful.

So Genos>Garou>Bang> and Boros are the four characters who know the most about Saitama’s powers. And even if so, they don’t really know that his powers have no limit whatsoever. Apart from these four, there are some more characters who know for sure that Saitama is no ordinary man and is extremely powerful:

Orochi, Rover, Flashy Flash, and Monoka have witnessed Saitama using his powers beyond any current hero’s power levels. Since they witnessed him in action and got folded by him, they’re aware of Saitama’s might.

Additionally, Dr. Genus also knows about Saitama’s powers since he theorized about limiter to explain why he is so strong. King is also aware that it is because of Saitama’s deeds that people think him to be the strongest hero. King just happened to be lucky and be present at the right time, right place.

Saitama’s strongest punch is the one he used to defeat Garou and knock out God’s power from him in chapter 168 of the manga. He did not call out the name of the punch in the manga, but we know that this punch belongs to his Serious Series: Killer Moves.

He could travel back in time thanks to Garou teaching him his ultimate fist that he himself couldn’t master despite receiving God’s powers. This move helped Saitama travel back in time. Therefore, Saitama defeated Garou with zero punches.

Q7. Did Saitama get his powers from God?

Saitama did not get his powers from God. This is, however, just a fan theory and not a confirmed fact. His limitless strength is purely the result of his rigorous training and possibly breaking his limiter.

Q8. Who gave Saitama his powers?

Nobody gave Saitama his powers but himself. He trained every day for three years following his training regimen. To explain his limitless strength, Dr. Genus theorized the concept of the limiter. His theory says that God put a limiter in every being beyond which their powers cannot increase. So for mysterious beings and some people, it is possible to break their limiters and achieve more power. However, there is no confirmation that he received his powers from God or any other supernatural being.

We hope that we have answered most of your questions about Saitama’s power and more. For more such articles, stay tuned to our site and check some more interesting articles below.