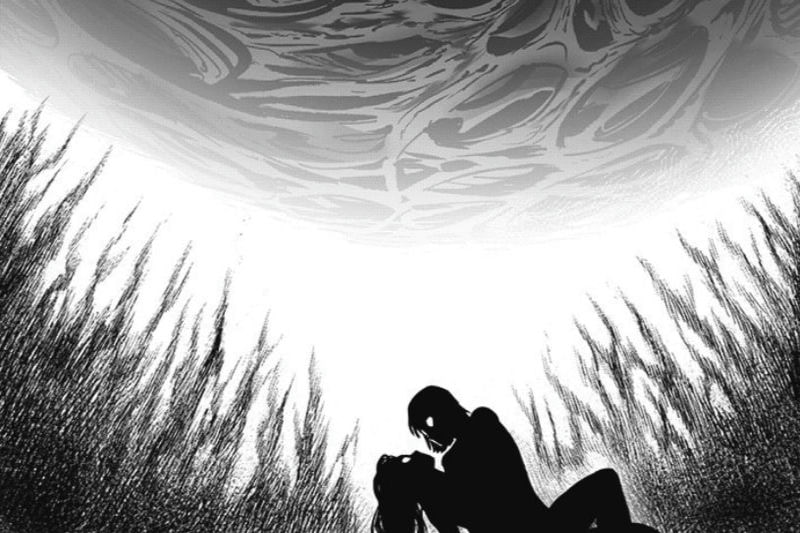 One Punch Man Chapter 177 spoilers won’t be here since this might be the last chapter of 2022, given the manga schedule. However, the latest chapter confirms the arc and the focus of the current storyline. Looks like Genos isn’t the only one who knows that Saitama saved the earth.

The latest chapter continues to show us Psykos and Fubuki’s school days. Picking from the previous chapter, we see how ambitious Pyskos is to become more powerful. She researches more about psychic powers and “the third eye,” which allows one to look into the future.

The plot twist here is that she gradually becomes a victim of God. It shows her something so disturbing as the idea of the future that she loses her mind and becomes determined to eradicate “homo sapiens.“ 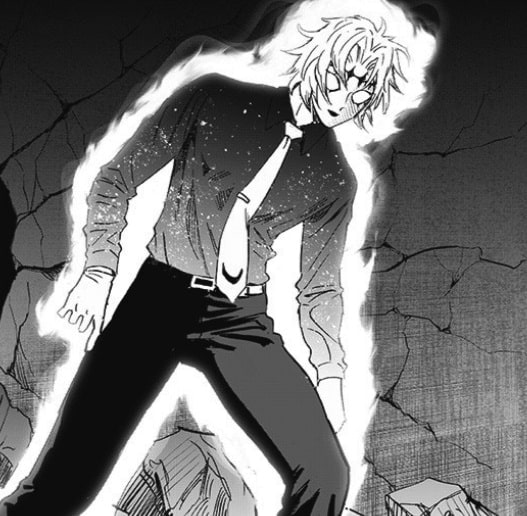 The flashback also shows that Fubuki stopped her from going on a rampage, after which she lay lifeless on the ground. However, God lurked over them like a giant ball full of craters. That is how Fubuki knows about it, although she has no idea what it is. This is also the reason she is in a hurry to talk to Psykos and find out more.

Coming back to the present, a fight breaks out as Tatsumaki suddenly crashes the scene to end her for good. However, it is revealed she had already made a plan with Fubuki to make a scene. This was to prevent everyone from thinking that she wanted to save a “monster” (Psykos).

As the fight continues between Tatsumaki, Tsukuyomi, and Fubuki, Tsukuyomi splits the floor, and Saitama ends up chibi-falling on the floor below. Another secret is revealed that the Hero Association has been secretly keeping monsters locked there. The chapter ends at this cliffhanger as those monsters are about to charge at him.

Unlike some manga, OPM seldom leaks raw scans or spoilers, for that matter. Therefore, let’s focus on some fan theories and future predictions that are most likely to come true. 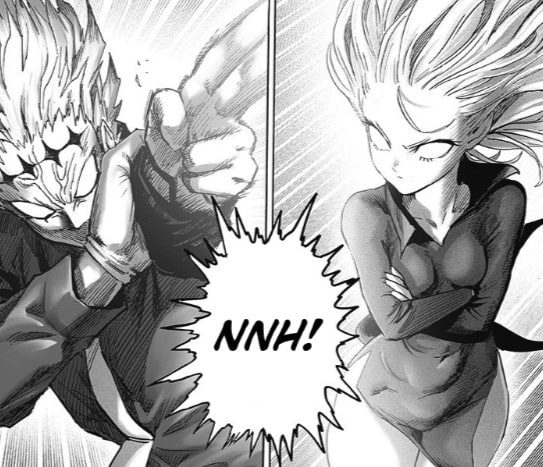 One Punch Man chapters usually are released bi-weekly. However, they don’t have a fixed schedule. As for Chapter 177, it is on break. This means that we won’t have any new chapters in December 2022. Chapter 177 is likely to be out in the first week of January, around 4th-5th January 2023.

Where to Read One Punch Man Chapter 177

Like many shounen manga, One Punch Man is also published via Shueisha. Therefore, it is officially available to read on Viz Media and Mangaplus by Shueisha. You will be able to access the three latest chapters free of cost on both of these platforms.

However, if you wish to read more chapters, you can purchase their subscriptions. Alternatively, you can always head to the private sites that offer the OPM to read. The chapters are translated by their dedicated translator and are made available to read as soon as possible.

We shall see you when the next chapter is out or if any more information surfaces about One Punch Man. Until then, check out some more articles covering the latest chapters of several ongoing manga and anime on our website.