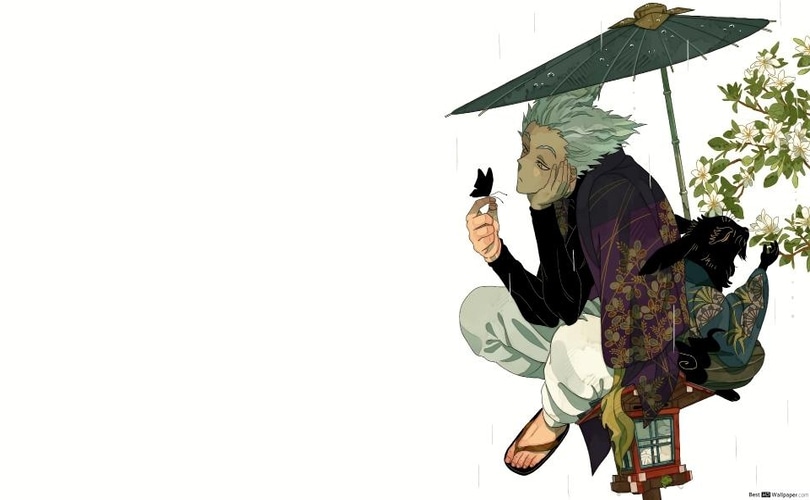 His childhood circumstances led him to his hatred for heroes and his decision to become an undefeatable monster himself. Because of this, he decided to venture to Bang’s dojo during adolescence, but he was later dismissed from the dojo by Bang himself after he brutally assaulted many of the students there.

After this event, he became a self-proclaimed ‘Hero Hunter,’ defeating anyone who crossed his path or insulted him. Although Garou is a villain and considered evil by most, he possesses a sense of morality, he fights heroes without eliminating them.

Power of Garou in One Punch Man –

Prior to his hero hunt, he was Bang’s best discipline, which granted him an advantage during his fight with humans. Garou’s combination of genius martial art intellect and heightened physical attributes allowed him to defeat numerous heroes from the Hero Association, including S-Class Heroes.

Garou’s strength is superhuman and comparable to that of an S-Class level. He was able to rip Blue Fire’s arm off without difficulty and easily break Heavy Tank Loincloth’s arm, knocking him out with a single strike. He was also able to heavily injure Tanktop Master, an S-Class hero, with a barrage of punches and defeat him after getting serious.

Later, after he was almost crushed in his fight with Royal Ripper and Bug God, he emerged as a half-monster. In this state, Garou was able to put up a good fight against Superalloy Darkshine, although he suffered great injuries from his attacks. As their battle rages on, Garou’s abilities increase to the point that he can match Superalloy Darkshine’s full-power Superalloy Bazooka with his own attack without any difficulty or damage. He also defeated Royal Ripper and Puri-Puri Prisoner.

In the first monster form, Garou’s punches are powerful enough to shatter the ground without connecting. He was capable of incapacitating many S-Class heroes with a single hit while going easy on them. Garou’s attacks become more brutish and animalistic in the second form. In the last form, it is implied that this form increases Garou’s power, but the battle was not shown.

Garou possesses an extreme amount of speed and reflexes, as he managed to dodge a point-blank bullet from Golden Ball despite being caught by surprise. His amazing speed was once again shown when he could easily dodge and deflect all attacks from Metal Bat, an S-Class hero, and even moved so fast that he seemed to disappear from the hero’s sight.

Garou was able to keep up with Overgrown Rover and escape from his sight despite being bombarded with energy blasts in his half-monster form. Due to Garou evolving through the fight, his speed drastically increased to the point where he could leave afterimages of himself as he moved at high speed. In the first form, Garou moved faster than what top S-Class heroes like Atomic Samurai can even register. In his fight against Tatsumaki, he destroyed the rubble surrounding him in hyper-speed.

He was also seen surpassing Flashy Flash’s speed, casually blocking the hero’s Flashy Fist. In the second form, Garou was able to rush Saitama in a similar fashion to Boros in his Meteoric Burst state.

Garou possesses immense durability; even Shooter’s poison arrows and the bullet hole in his leg from Gun Gun didn’t slow him down. Garou could survive several point-blank attacks from both Overgrown Rover and Monster King Orochi. In the monster state, he was capable of taking Saitam’s normal punches without too much injury. Later, while restrained by the esper Tatsumaki, he endured a multitude of hits from Sweet Mask and Child Emperor to no effect.

After being awakened and achieving the last monster form, he is a true monster now. Garou’s limiter was also broken, for which he proclaims himself to be a God-Level Disaster. He can defeat any S-Rank heroes and can even withstand and resist psychic binding from both Tatsumaki and Gyoro Gyoro, though Tatsumaki was injured at that time.

While Saitama is someone who destroys monsters, Garou can be considered a monster who destroys heroes. Garou is one of the two villains to survive long in a battle against Saitama, giving him a rather challenging battle.

Although the Hero Association suggests that Garou is a Dragon level threat, he claims to be a God level threat; this was never confirmed by ONE or Murata.