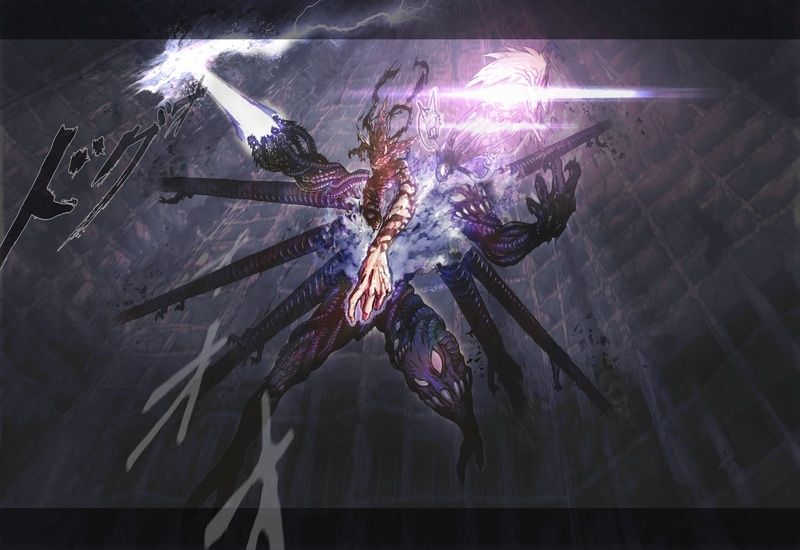 He is the self-proclaimed king of the monsters and the leader of the Monster Association. Alongside his partner, Gyoro Gyoro, he plans to transform the human species into monsters and start a new age of monsters.

In the past, Orochi was a regular human until he was taken by Gyoro Gyoro. Gyoro Gyoro was able to transform him into an all-powerful being. While he may be a monster, Orochi controls his violent urges and doesn’t kill humans immediately if they strike his interest, such as the case with Gouketsu.

Power of Orochi in One Punch Man-

Orochi is officially classified as being above the dragon, placing him in the same level threat as Boros. This makes him the most powerful one in the Monster Association, fitting for his title as the Monster King. Even Bofoi showed signs of fear while describing Orochi to Child Emperor. He is also a successful result of Psykos’s many attempts to break the limit of growth. He is able to breathe fire from his mouth and from all of the dragons over his body.

After a complete fusion of Psykos with Orochi, she believed that they could merge with the Earth itself as a perfect celestial being. During the fight with Tatsumaki, its strong psychic barrier was observed, and its strong psychokinesis power could seize Tatsumaki’s barrier and turn it inside out, causing her power to work against her.

Infused state could manipulate gravity and also expelled great amount of heavy smoke to create a cover for itself, which caused opponents’ senses to hamper.

Its energy attack was so powerful that it cut through the Earth’s surface and also overwhelmed Geno’s Thunder Drill Canon. It is also capable of destroying a huge meteor in one strike, as stated in the series.

Even Melzargard, Groribas, and Geryuganshoop working together to combat Orochi can’t defeat him, as stated by Murata. His immense strength scared many of S-Class Heroes; Child Emperor admitted he did not wish to challenge the monster who destroyed Metal Knight Drone.

In terms of strength, he is superior to or equal to most S-Class Heroes, and after his fusion with Psykos, he surpassed the heroes and instilled fear in many of them. Though he can’t beat Saitama in terms of strength as he was blown to pieces by his punches, and also one of the few to acknowledge Saitama’s power. In his fusion state, its psychokinesis power was in terms with Tatsumaki but only because she was injured. Later, she turned the tables and tore Psykos’s real body from it.

He is above Dragon Level Disaster and equal to Boros in terms of power, stated by the series’s artist Murata. He also stated that he is uncertain who is stronger between Orochi and Golden Sperm, but affirmed in terms of techniques Orochi is superior.