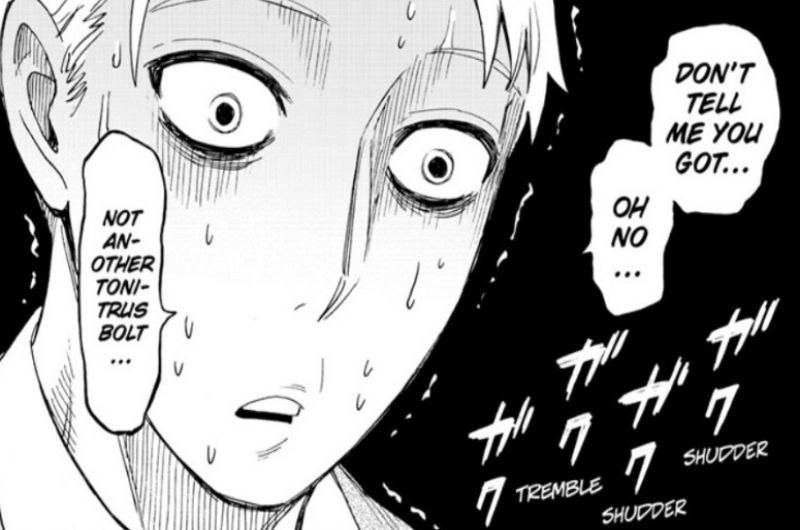 What a hilarious chapter, and it’s all thanks to Anya. Now that the latest chapter is out Spy x Family Chapter 65 spoilers are on their way to tell us more. Especially since the manga is following the predicted schedule as per Viz Media. Anyway, let’s sum up what we know so far.

The chapter showed an interesting and refreshing interaction between Anya and Henderson. The man is indeed a good teacher.

The chapter begins with Anya’s bus shutting down, which would take an hour or so to repair. With Becky gone home, Anya is simply sitting and is busy doing nothing. And so she says the same when Henderson approaches her.

However, he lures her to lend him a hand with tea cakes. On their way, they both talk about a lot of things. Henderson asks her about her goals and what she wishes to achieve through this academy.

Anya being herself gives hilarious answers back to back. The best one is when Henderson asks her if she wishes to become an Imperial Scholar by getting a lot of Stella stars. Anya replies she wants them simply because they look super cool with her iconic smug face. This shocks Henderson to a point that he changes the subject.

Following this, they reach the hall of fame where the photos of all the Imperial Scholars are showcased. Anya genuinely asks if she could become one someday too. 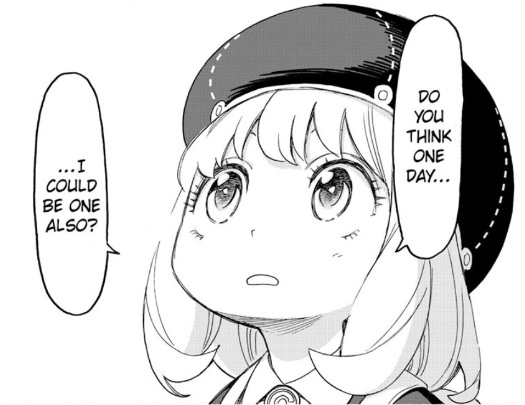 However, Anya’s seriousness lasted only a second as she immediately asks for the tea cakes she was promised. She eats them and rushes off when Henderson offers to discuss a quiz exam she gave previously.

The scene cuts to Anya coming home and seeing exhausted Yor and Loid due to their brutal mission for the day. This motivates her, even more, to work hard and help with Loid’s mission.

As a result, she decides to skip Spy Wars for the day and asks Loid if would help her study after dinner. We see Loid about to faint hilariously assuming Anya might have gotten another Tonitrus bolt.

The spoilers of Chapter 65 haven’t surfaced yet. We will update this article once they do. Since we have no break this week, the spoilers will be available earliest by Thursday or within a week, hopefully. 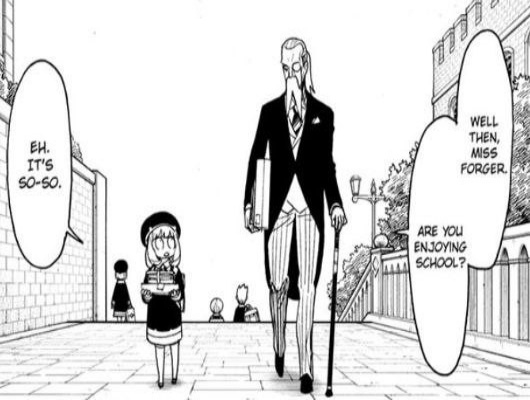 The latest showed some plot progression, unlike the recent chapters. However, no shocking information came out.

We see how Henderson is indeed a dedicated and wise teacher as he repeatedly showed patience with Anya. Despite the academy’s harsh curriculum, he understands that the students are merely children and need to be looked after carefully.

Another thing to notice is that Anya is gradually getting motivated to take her academics seriously. Talking to Henderson indeed helped her see things clearly. Therefore, the plot is picking up the pace now.

One more really tiny and possible foreshadowing is that one of the photos in the hall of fame looked like Demian’s father. It could be either his father or his elder brother, for all we know. This gives an interesting layer to the plot as Anya looks at all these photos and aspires to be one of them.

As per the last page, Loid fainted again. This could mean that the next chapter will again take us back to Loid’s past. We might continue to see his past from where we left off.

Nevertheless, now that the story has picked up the pace, a lot of revelations are on their way. We shall wait for the upcoming chapters to answer our curious questions.

According to Viz Media, Chapter 65 will be out on July 10th, 2022, following its usual schedule. This means our wait for this chapter will be usual two weeks and hopefully get to see more about Loid’s past in chapter 65.

Spy x Family is officially available to read on Viz Media. The best feature of Viz is that it allows you to read the latest chapters without any subscription or even logging in. Therefore, if you wish to keep reading the manga, follow it on Viz by making an account, and similarly, purchase its subscription if you want access to the entire collection of the series.