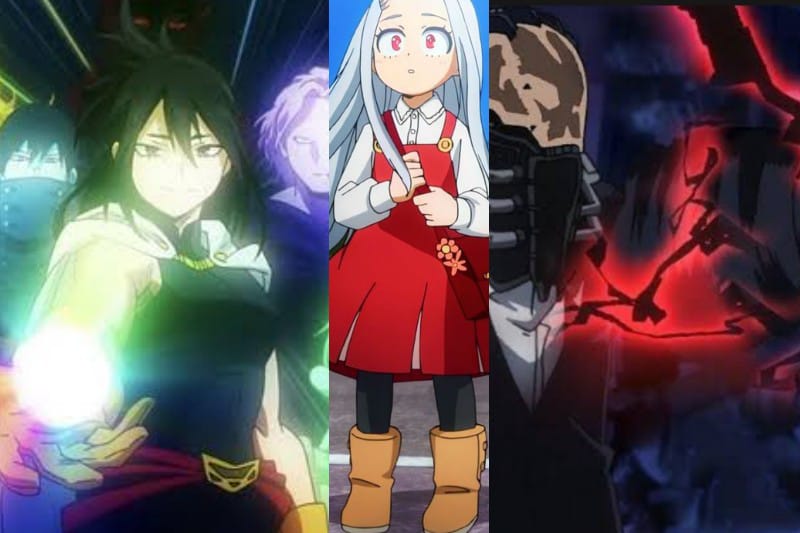 The concept of My Hero Academia is based on human mutation, where around 80% of the human population has evolved to possess a “quirk.” Therefore, we have witnessed a variety of quirks ranging from some of the most useful to most useless to some that are downright funny. So, today we bring you a list of the ten most useful quirks in MHA and the five most useless.

Note: We will be focusing more on the quirk’s usefulness in day-to-day life scenarios and not just how strong the quirk is.

Ten Most Useful Quirks in MHA: 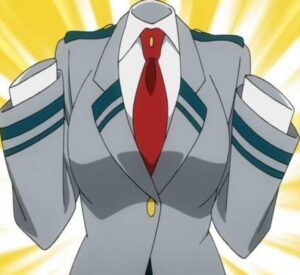 Belonging to Class-1-A, Hagakure is one of the students who possess this quirk. As a result, her body is always invisible. We haven’t had a clear face reveal of hers yet in the manga.

Invisibility as a quirk not only allows the user to be invisible but also to control the refraction of light passing through the body, i.e., Light Manipulation. Therefore, it opens up possibilities for many useful applications of this quirk.

Another advantage is that one can remain undetected by sensory-based quirks such as Mezo’s. She has successfully completed infiltration and spy missions which clearly proved how useful her quirk is. 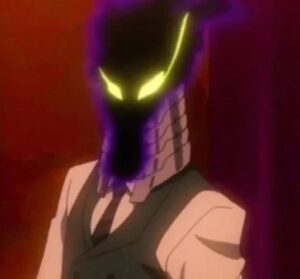 Warp Gate is a quirk possessed by a Nomu named Kurogiri created to protect and serve Shigaraki. The quirk allows him to create a black fog as a portal to any location he chooses.

Additionally, this quirk also allows him to create a massive amount of black that transports everything he touches to any location.

Warp Gate has proven to be an irreplaceable asset due to its adaptability and usefulness with minimal effort. It has always helped save Tomura and provided an overwhelming advantage in a battle, as seen during Tomura’s battle during U.A High Raid and his fight against Dabi and Toga. 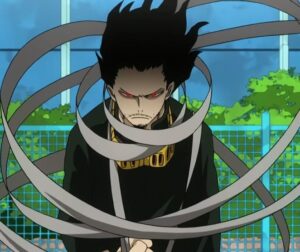 This quirk is possessed by Aizawa Shota, the homeroom teacher of Class1-A. Erasure allows him to “erase” any quirk while looking at his opponent. It renders the most powerful characters helpless with a mere look.

However, if he blinks, the effect of his quirk breaks. Therefore, he needs to continuously look at his opponent without blinking.

Despite having no offense, this quirk is very useful in battles, as we witnessed several times in the manga. This quirk saved many powerful characters such as Midoriya, Al might, Todoroki, etc., and that too against powerful quirk users such as League of Villains.

Additionally, this can be used very vigilantly since the distance and line of vision aren’t the issues. Therefore, Erasure is as useful as snipers in any battle, making it one of the most useful quirks in MHA. 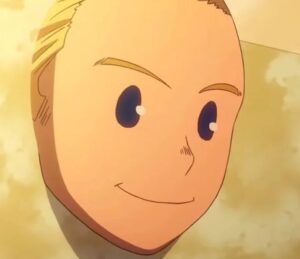 Permeation is possessed by Mirio Togata, a student of Class-3-B. He is the strongest student of U.A High, even without his quirk. Mirio was supposed to be All Might’s successor until he met Midoriya.

Permeation allows him to phase out of any tangible matter, which means he can pass through walls or ground, and any attack on him will pass through, causing zero damage. This quirk basically makes him invincible and incredibly adaptable.

Now, given the versatility of Permeation, it is easily one of the most useful quirks in MHA as Mirio overpowered even Chisaki in their battle. It is extremely useful for spy missions, one-on-one battles, behind-the-scenes support, etc.; the possibility is endless. 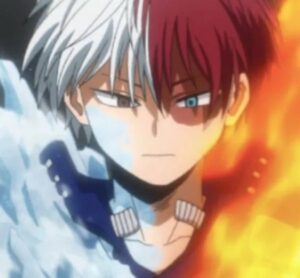 This quirk belongs to Todoroki Shoto, a student of Class-1-A. His quirk allows him to generate and manipulate fire from the left part of the body and ice from the right. This quirk is by far one of the strongest and most useful quirks in MHA as it also allows high speed and motility.

Being able to use fire and ice at a massive scale makes this quirk very destructive and adaptable regardless of the location. As we witnessed in the manga, with the help of this quirk, Shoto won almost all his battles while also rescuing civilians.

Currently, Half-cold-half-hot has surpassed all fire and ice type quirks in terms of offense, versatility, and mere scale of this quirk in MHA. 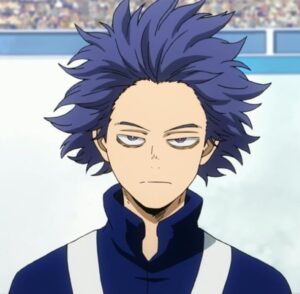 Brainwash is a quirk that allows the user to “brainwash” his opponent quite literally. Meaning, that Hitoshi’s opponents would be in a state that makes them follow his command.

However, to activate this quirk, his opponent needs to respond to him verbally. He can also decide when to activate the quirk. Additionally, this quirk’s potential Eventhe allowed him to transfer to the hero class from the general class.

As we know, when he used this quirk on Midoriya, he was caught off-guard. It was only due to the intervention of the past users of One for

All and, well, his MC plot armor that Midoriya could somehow break out of Brainwash.

This quirk provides an incredible advantage to ambush and dominate the battle right from the beginning. The minimal effort to activate it and the complete control over the opponent makes this quirk one of the most useful quirks in MHA. 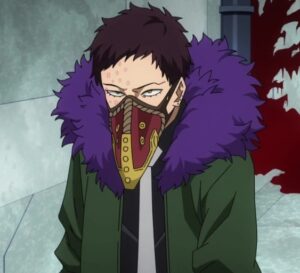 Overhaul is Kai Chisaki’s quirk who was one of the prisoners of Tartarus. This quirk allows him to manipulate any matter using his hands.

His quirk is one of the most dangerous quirks in MHA that single-handedly overpowered powerful characters such as League of Villains, Midoriya, Nighteye, Lemillion, etc.

Since this quirk is non-conditional, it makes it one of the most useful and lethal quirks in MHA. Its\’s suitable and extremely useful for any kind and scale of the mission. He can reassemble, manipulate, disintegrate, and destroy anything that he touches. Need we say more? 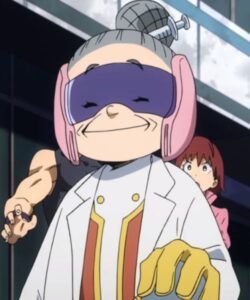 Heal is medical healing quirk possessed by Recovery girl who works for U.A High. This quirk allows her to speed up the human body’s healing process with simply a peck.

What’s interesting about this quirk is that she uses the patient’s life energy to either heal or drain it enough to eliminate them.

Therefore, this quirk is as healing as it is lethal. If it weren’t for Heal, many of the main characters in MHA wouldn’t have survived the injuries from their battles. Hence, this quirk is extremely useful and needs to be protected as it provides major medical support.

2) All for One (AFO/Tomura Shigaraki) 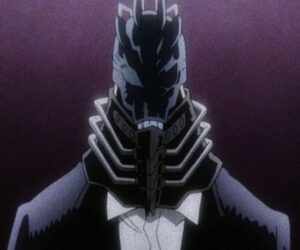 All for One is MHA’s one of the legendary quirks possessed currently by All for One. This quirk allows the user to steal any quirk and use it as their own, as well as give it to someone else. Quite simple, don’t you think?

Given that the quirk is non-conditional and requires zero strength or activation time, it’s one of the most lethal and useful quirks in MHA. The nature of this quirk allowed AFO to become indivisible simply by stealing endless powerful quirks as well as creating an army of his own.

Additionally, in a positive scenario, All for One would be extremely useful for carrying out all sorts of mission that requires infiltration, information-gathering, or simply eliminating any threat. 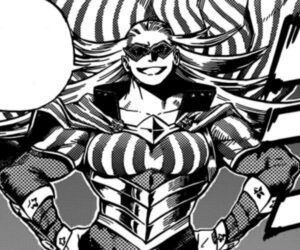 New Order is a quirk that allows the user to set two rules to their surroundings, including any object or living thing. However, for the quirk to activate, Cathleen needs to touch the object and say its name.

The rules could be anything with barely any limitations and can be used to change the nature of the quirk itself.

The quirk has insane potential and can be used to achieve anything one wishes for. That’s why even All for One wanted to steal it from Cathleen to take over Japan with barely any effort. And when he did, Cathleen’s clever use of the quirk led it to self-destruct.

New Order is unarguably not only the most powerful but the most useful quirk introduced in MHA so far.

Five most useless quirks in MHA: 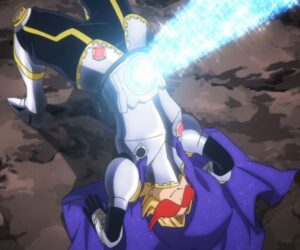 Navel laser is a quirk belonging to Yuga Aoyama, a student of Class1-A. This quirk allows him to shoot a laser cannon from his stomach, which can blast through walls as thick as two meters.

However, he can only use it for 1 second because it causes him intestinal discomfort immediately.

As a result, this quirk has barely been useful in the series. Now, if we were to consider the potential of this quirk, it barely has any. Shooting a laser beam with no control over it and only for one second is more of a demerit than merit in any critical situation.

This quirk is flashy and makes the user disoriented with a single-use; therefore, it is useless for spy and infiltration missions, let alone a one-on-one battle. 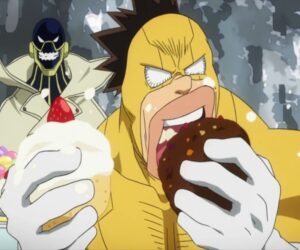 Sugar is a quirk that boosts the user’s physical strength up to 5 times for three minutes per 10 grams of sugar consumed. However, we see Rikido’s cognitive functions drop the more he uses his quirk.

If we consider the potential of the quirk, it only has a few scenarios where it can be useful. The physical strength that this quirk grant requires the user to keep consuming sugar which is a major disadvantage.

The boost in strength is pretty average, as we see in the manga. This quirk is pretty useless while conducting missions and gives only a little advantage. 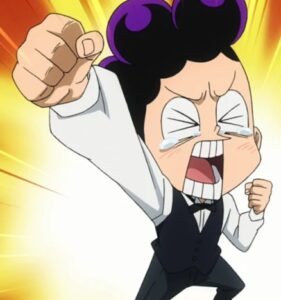 Mineta from Class-1-A has Pop off quirk, which allows him to generate ball-shaped, deep purple objects from his head that are highly adhesive.

However, they do not stick to his body as he bounces off of them. He can pluck these objects and use them independently. Although, if he plucks out too many, it causes his head to bleed.

Apart from acting as glue or an adhesive weapon, this quirk is pretty much useless. It serves zero advantage in any sort of mission or battle. Pop off has to be one of the most useless quirks in MHA. It’s still surprising how did Mineta even enroll in the hero class. 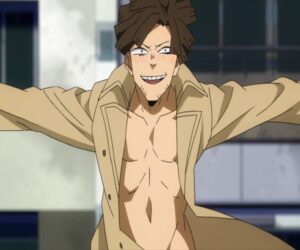 Shame is a quirk belonging to Teruo Hazukashi, who is an office worker and only appeared briefly in the series. This quirk boosts his powers when he is embarrassed. Therefore, it requires him to shame himself more and more to utilize this quirk.

The condition to activate the quirk itself is cumbersome and difficult. Teruo strips naked so that he’ll be extremely embarrassed to activate his quirk and boost up his strength.

Imagine having to do that even to simply use the quirk. It barely has any advantage in battles, missions, or even day-to-day life. 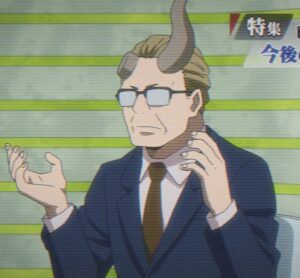 Big Horn belongs to Daikaku, a frequently occurring character in MHA who is a news announcer. All this quirk is, is just a pair of horns growing from his forehead.

And he even cut off one of his horns to be more comfortable while doing his job. This quirk has nothing to offer, which makes it the most useless quirk in MHA.

With that, we conclude our list here. We hope you made it to the end of our article. We will be back with more articles containing ranking and discussions on various other manga and anime. Until then, stay tuned and explore some more exciting articles from us below.