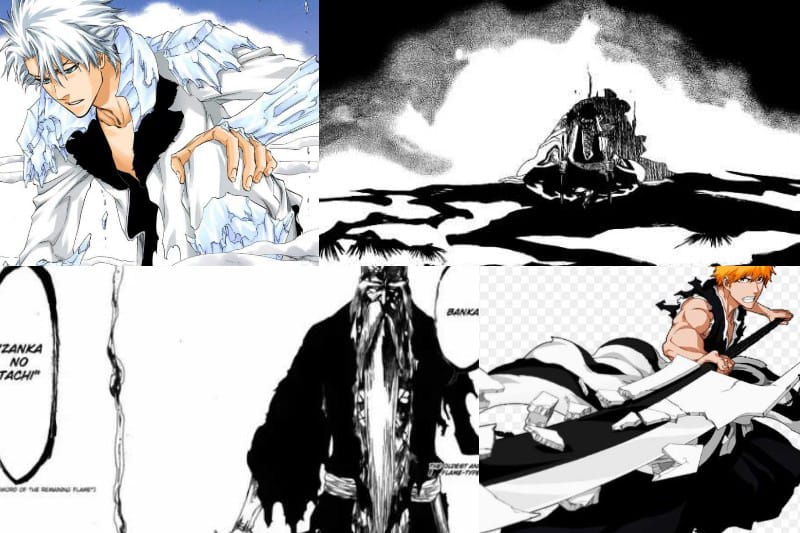 In the world of Bleach, wars are usually deadly and the weapons used to fight those wars are even deadlier. Therefore, most of the prominent captains and lieutenants have personalized weapons that can inflict maximum damage on their opponents. These weapons are called Zanpukto and they contain the spirit called Bankai within.

However, using a Bankai is not easy, it depends both on the power levels of the Bankai being used and the ability of the user to control the power. Having an overpowered Bankai is useless if the user cannot control the powers. However, in this post, we will rank the top 13 Bankai in bleach, so if you are interested in knowing the strongest Bankai, stay tuned till the end. 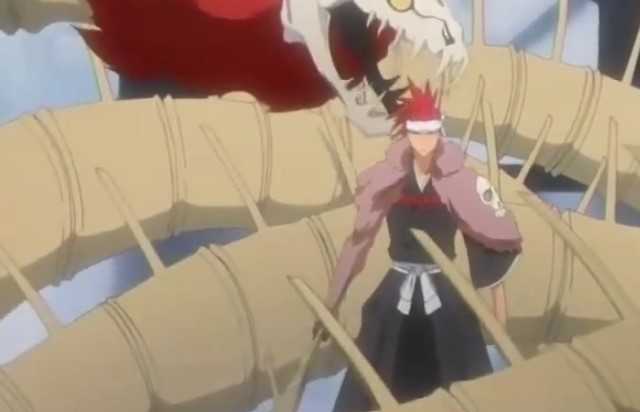 Renji obviously has one of the most overpowered Bankai in the entire series, although much isn’t yet known of the true extent of its powers. It is called the Soo Zabimaru and was even able to stand up against Byakuya’s Bankai in the Soul Society Arc.

However, the real model of Soo Zabimaru is only revealed towards the end of the show, in the fight against Mask De Masculine where the real powers were unleashed for the first time. Renji had not used that form previously since his Bankai was in a state of disintegration and would have been destroyed otherwise. Conveniently, he takes the 13th spot. 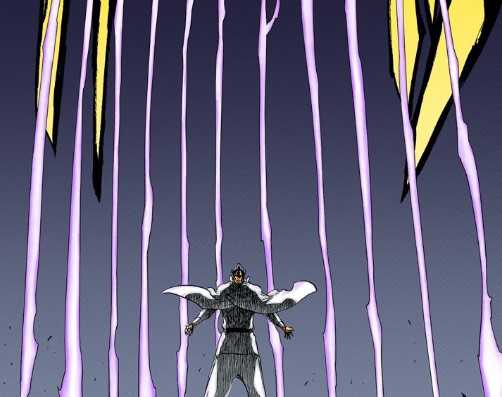 If you dismiss Chojiro’s Bankai just because he’s not a captain, that will probably be your last fatal mistake. Because Chojiro is the lieutenant to none other than Yamamoto, and to be a lieutenant at that level requires extreme skill. His Bankai takes the appearance of a fencing sword and is quite unique in its own right.

Named Koko Gonryo Rikyu, Chijiro’s Bankai’s true powers are never quite revealed until the very end, and that too the fans get a minor glimpse into what he could really do. Having the ability to influence the weather, Chijiro’s Bantaki takes the 12th spot. 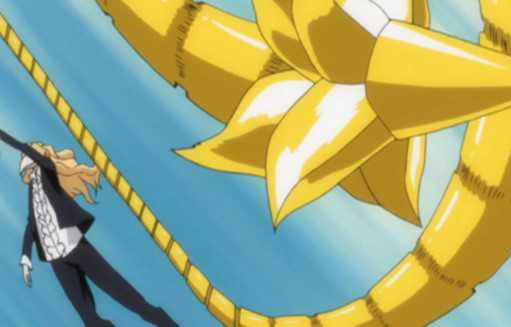 Rojuro’s Bankai is unique, and he gives quite a unique name to his Bankai: Rose. Originally called the Kinshara Butodon, it allows the user to turn into a conductor, and has quite a whiplike metallic structure.

Rojuro’s Bankai gets its name from the shape it derives, which is hugely remanent of a Rose with sprouting petals, and he is able to take up long-range attacks while also fending off melee attacks, giving him a tactical advantage in battle. This places Rojuro’s Bankai in the 11th spot. 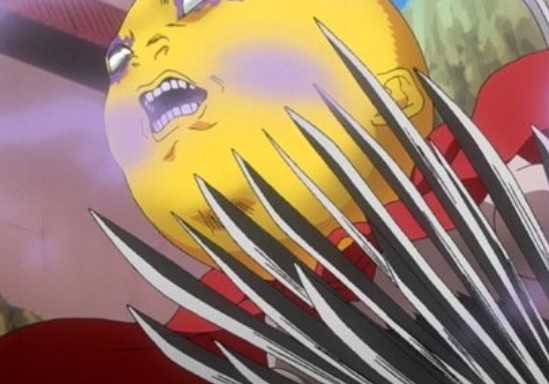 Granted that Mayuri isn’t really the strongest character of even the strongest captain in the entire series, it is really his Bankai that grants him the special standard and makes him all more powerful. Having two distinct forms- Konjiki Ashisogi Jizo and Matai Fukuin Shota, Mayuri can release poison gas from the former that only affect his enemies.

Using his second Bankai, Mayuri can manipulate the combat abilities of his opponents to suit his battle format. As one of the strongest bankai in Bleach, therefore, Mayuri’s Bankai takes the 10th spot. 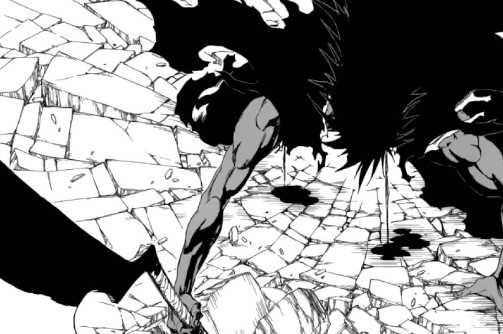 It should not come as a surprise that Kenpachi’s Bankai ranks as one of the strongest Bankai in Bleach, given that he is one of the Gotei 13 captains and is usually derived from his aggressive nature. Once again, nothing much has been revealed about the true power of his Bankai, and his ability remains unnamed even after the end of the manga.

However, Kenpachi’s Bankai has the latent inability to of turning into a berserker mode, assisting him in melee combat. However, his lack of strategy prevents him from maximizing the output from his Bankai and also his full power is yet unknown ; putting it in the 9th spot. 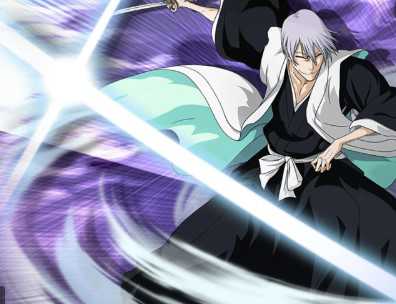 Gin’s Bankai’s real strength lies in the fact that it can extend to extremely long distances, and that is not even the real power of his Bankai- Kamishini No Yari. Gin’s Bankai its impressive strength and durability, however, the way Gin uses it is what makes him this powerful in the first place.

Through the use of ‘Buto‘, GIn can rapidly extend is sword again and again so that the enemy feels to have been jabbed by several swords at a time. Not to mention, his sword also has a deadly poison within that disintegrates cells at a molecular level, having the power to instantly kill. Gin therefore claims the 8th spot with his Bankai. 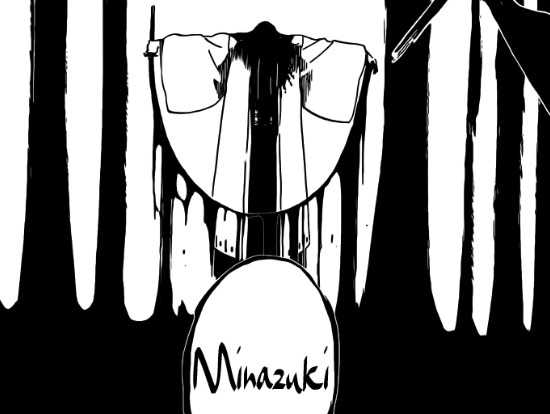 It is commendable that despite being the captain of the 5th division as well as a member of the Gotei 13, her powers were hidden from most of the manga readers until the final arc where her Bankai named Minazuki appeared.

Her Minazuki Zanpakuto, therefore, was quite unique, creating a blood-like liquid to engulf her enemies while also creating a shorter sword for melee combat. She can also cover herself with that blood-like substance to enhance her speed and durability, taking the 7th spot. 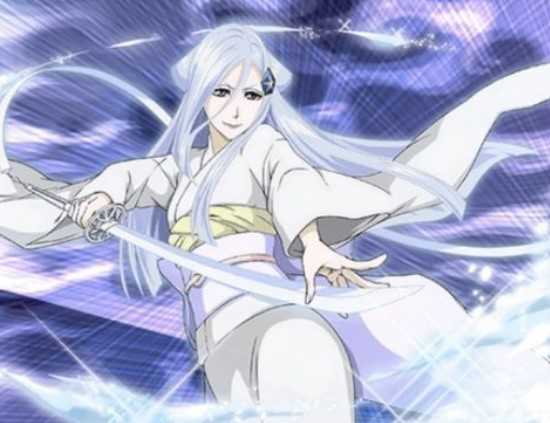 Rukia has one of the strongest Bankai, however one that is expressed only after the Hueco Mundo Arc. Known as the Hakka No Togame, it is yet another special ice ability in the series that is much too powerful for normal combatents.

Rukia could only activate her Bankai after the Hueco Mundo Arc since her Bankai in its core form even is too powerful for her to handle. However, when she gains mastery over her powers, she turns into an ‘ice princess. It is with the help of this Bankai that she later on becomes the captain of the 13th division. 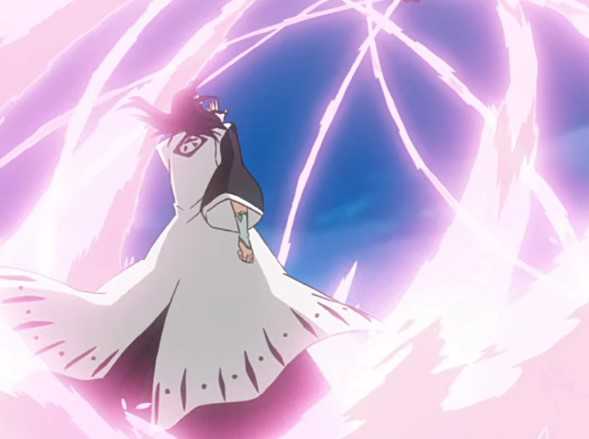 If you thought ice was the most versatile form of Bankai ever, time to reconsider your opinion. Byakuya’s Bankai, Senbonzakura Kageyoshi is one of the strongest Bankai in Bleach and for good reason.

Byakuya’s Bankai transforms into a million small blade petals that can be controlled from his mind. They can both be used for offense and defense and when joined with Byakuya’s ability to create it into several fully slide blades. Its expansion and condensation are controlled through Byakuya’s mind, making it one of the top 5 Bankai in the entire series. 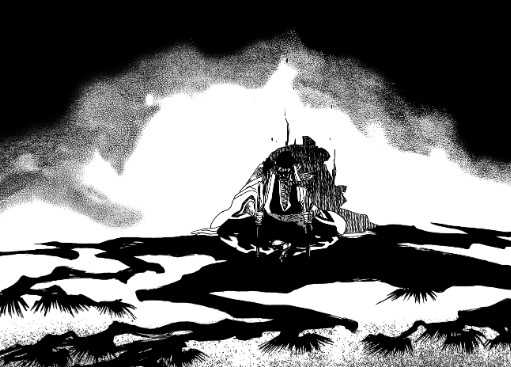 Well, as the Captain-Commander of the Gotei 13 as well as the future commander of the 1st division, one would usually expect Sunsui’s Bankai to be higher placed than the 8th position. However, Shunsui’s Bankai takes too much time to manifest and have full effect, which is why his powers are constrained.

His Bankai is called the Katen Kyokotsu and works in four stages involving Reitsu in the thrid stage. His Bankai grants him a guarantee kill in its final stage but Shunshui has to be in the mood to use his bankai, which is sort of a biggest drawback to his powers ; placing him 4th on the list. 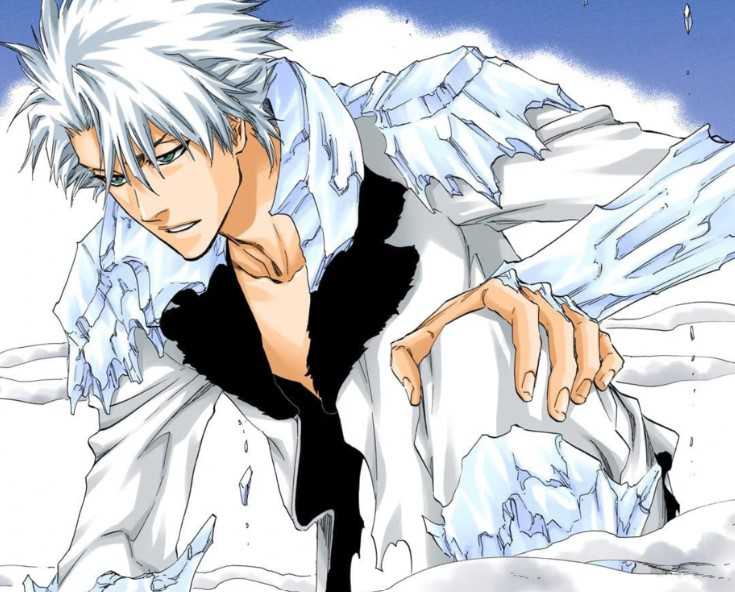 Toshiro has one of the most flexible Bankai which is exactly what makes his combat ability special. In its mature form, he can flash freeze almost everything, and while in the frozen state, his enemies cannot use any of their abilities.

Called the Daiguren Hyorinmaru, Toshiro’s power levels allowing him to flash freeze gives him an advantage over all of his enemies who have their movement restricted and limited to Toshiro’s understanding, needs only seconds to freeze everything; taking the 3rd spot in the list. 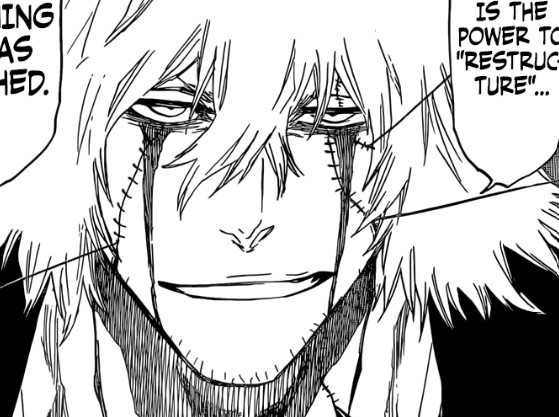 Urahara’s Bankai is quite unique and different since it does not directly increase his offensive powers, but on the other hand, provides him with an impenetrable defense and healing that can only be boosted by a Bankai that is of such a high level.

Taking the form of a huge woman, it can restore any form of damage as well as add to his offensive powers through the direction that puts most other Bankai to shame. Known as the Kannonbiraki Benihime Aratame, Kisuke perhaps has one of the most balanced Bankai in the entire series. 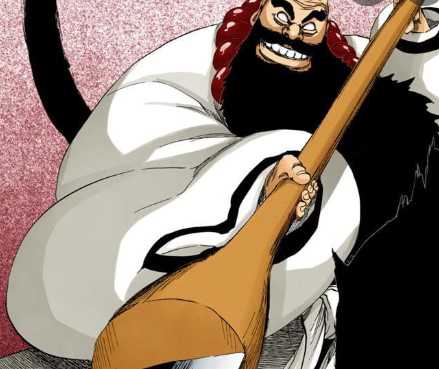 As a member of Squad 0 tasked with protecting the Soul King, Ichibe has one of the strongest Bankai in Bleach, however, the way he maximizes output and power is what makes his Bankai truly strong. Going by the name Shirafude Ichimonji, Hyosube’s Bankai is considered to be strong enough to defeat even Yhwach if he did not have his time-reversal ability.

The way his Bankai works is through the spreading of ink after which he can determine the power level of his opponent and allies. Since he can make tangible changes to his power levels, his Bankai takes the first spot. 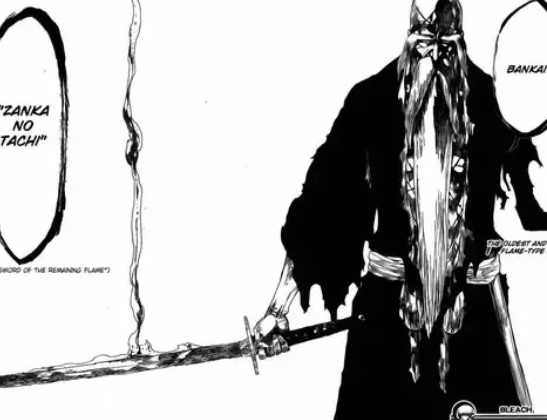 The strongest fire Bankai in existence, Yamamoto’s Bankai can literally combine all of his Shikai powers into one sword for an instant kill. The heat enamored from this Bankai is found to be difficult to tolerate even by captains and lieutenants, and also has the ability to create undead with the people he had killed. Overall, Yamamoto’s Bankai is the strongest Bankai in bleach.

Must Read: List of all Strongest Captains in Bleach 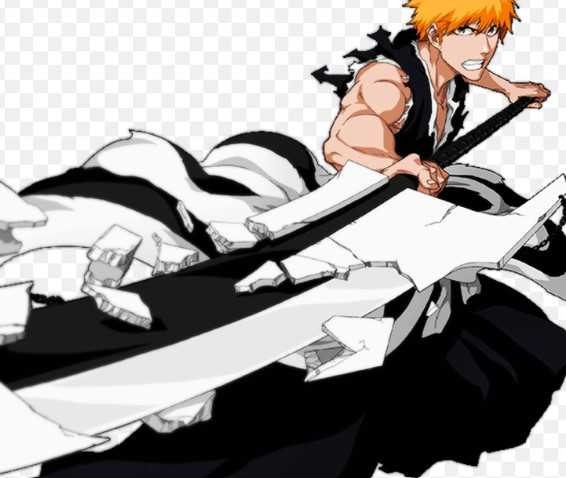 The Tensa Zangetsu (True Form) only revealed itself during the fight against Yhwach, and also only for a moment when it took the form of his original Shikai.

However, the true power of Ichigo’s Bankai was to cut through fate, which was also the reason why he was able to defeat Yhwach. Since he severed Yhwach’s connection with Fate, his Bankai was finally able to destroy Yhwach.

So there it is, a complete list of the strongest Bankai in bleach. If you are interested in the series, the manga is available on VIZ. The anime is also available on Crunchyroll so you can check that out as well. And for more exclusive Bleach content, keep following us.

Bleach: How strong is Yhwach?

Most Powerful Characters in Bleach