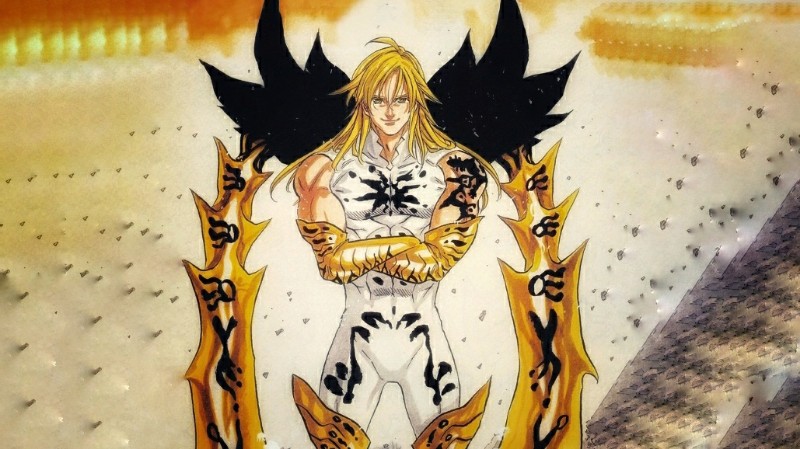 The Seven Deadly Sins/ Nanatsu No Taizai manga series had already ended the previous year, and now season 4 of the anime adaptation will officially release this winter on Netflix. Based on the manga, we have ranked the Top 10 Strongest Demons in The Seven Deadly Sins series.

The series has widely gained popularity, especially the anime adaptation among Otakus. It is also one of our personal favorites, but we are a little disappointed with its conclusion.

However, the ranking is done on the authority of power levels, strength, and abilities. Warning: Spoilers Alert! Some of the demons haven’t been unveiled yet in the anime series and will arrive in the upcoming season. So, if you don’t want to spoil, it’s better to leave here.

Derieri is an elite member of the Ten Commandments who served under the Demon King. In her base form, her power level was 58,000 but to fight Ludociel, she and Monspeet decided to sacrifice six out of their seven hearts to perform Indura Transformation.

In Indura Form, her power level exponentially increased to 150,000+. That’s why she comes in the Top 10.

Possessing abilities like Trick Star, Hellblaze, and Kaijinryu, Monspeet was among the fearsome demons of the Demon Clan. In his base form, his total power level was 53,000, but in Indura Transformation, he gained an estimated power level of 160,000+.

In the end, he sacrificed himself to save Derieri. It is unauthenticated whether Monspeet had a power level higher than Chandler or not.

Chandler was the former master of Meliodas and one of the highest-ranked demons in the Demon Clan. He and Cusack were the same entities of the Original Demon and somewhat equally powerful.

But Chandler was more respected and having a power level greater than Cusack. His abilities like Full Counter, Absolute Order, and Absolute Cancel made him a terrifying demon.

In his true form, his Power Level reached up to 173,000, which is why he attained the 8th position. He is placed above Monspeet and Derieri because of his skills and position in the Demon Clan.

Although he was originally Mael, an Arch Angel but here we have categorized him as a demon. In his base form, his power level was nearly 60,000, but after consuming 4 commandments, his power level reached up to 200,000.

Also, when Mael regained his original power (The Sunshine), his power level increased to 480,000. The reason why he is ranked below Zeldris as Mael is not a demon. So basically, Estarossa in demon form reached only up to 200,000.

With his innate ability, Ominous Nebula, he even survived against Escanor’s The One form and Ludociel’s Gold Shining.

He is ranked in 5th position because he is younger than the other Commandments and his skills and resilience are far greater than them.

Chimera Indura was once a member of the Ten Commandments who wandered the Demon Realm. His total power level is also not unveiled, but his ability to release spores and his resilience gave a hard time to the Seven Deadly Sins.

The combined team effort of the Seven Deadly Sins killed the Indura. That is why we placed him above the Commandments.

Gowther, the Selflessness was the former member of the Ten Commandments served directly under the Demon King. His ability, Invasion, was so powerful that even the Demon King recognized him.

His ability allows him to entrap or manipulate the opponent’s memories. He was so powerful that he alone ceased the Holy War by altering everyone’s memories, including the Demon King.

Therefore, he is placed at 4th position because his total power level is still unknown.

Original Demon was an ancient demon who had lost the battle against the Demon King. As a punishment, the King divided him into two lesser demons, Chandler and Cusack. After that, they both served as a teacher of the King’s sons.

If we combine the power level of both Cusack and Chandler, we get a total of 341,000.

Demon King was the strongest demon and the ruler of the Demon Clan.  In his base form, his power level was 560,000, and after taking his son, Zeldris’ body, his power level exponentially increased to 750,000. He possessed a magic ability, The Ruler, which allows him to invert all the attacks sent at him.

In the end, he infused the whole of Britannia, and at that time, his total power level exceeded 800,000+. But still, Meliodas surpassed him and defeated him alongside Seven Deadly Sins.

Meliodas is the eldest son and the protagonist of the Seven Deadly Sins series. He is born powerful, but the Demon King took his demonic magic power as a punishment for loving Elizabeth 3000 years ago.

At present, he is the Dragon’s Sin of Wrath and the captain of the Seven Deadly Sins. The series has focused on the power development of him. In the end, in his King-like form, he has a total power level of more than 1,000,000, which makes him the most robust character of the entire series.

Here is the ranking of the Top 10 demons in The Seven Deadly Sins series. We hope you like it. The upcoming season will display the entrance and abilities of all the above characters. We will be back with another ranking article. Till then, stay tuned with us.