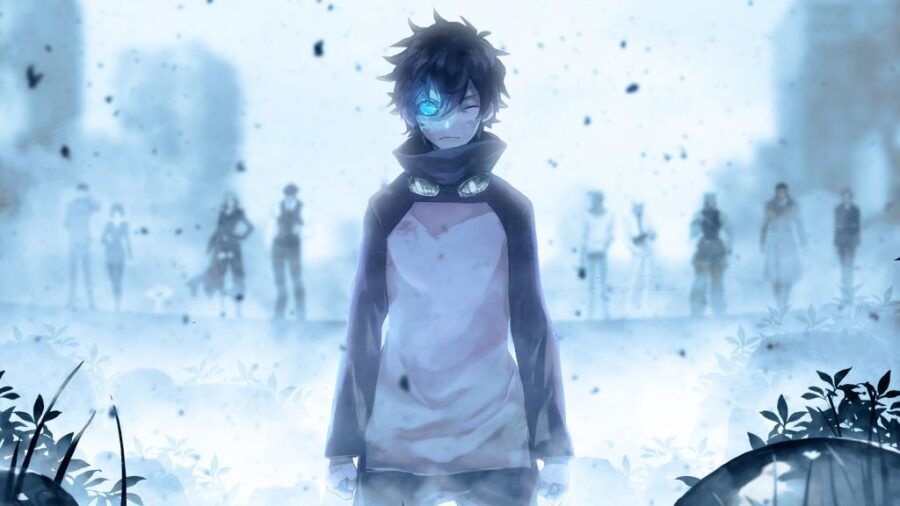 Supernatural powers and magic are the backbones of most of the glorified anime show all over the world. Although most of them take place in a remote world with less technological development. On that note, the anime portraying unimaginable powers and battles in a technologically advanced era, with missiles, and science against mighty supernatural powers, just steal the show.

So, here we present to you the list of top 10 anime shows to date which features magic or supernatural powers in an urban setting. Read further for the whole list with their whole titles, where to watch, and episode count included.

Hellsalem’s Lot is a city full of aliens and blood breed legendary monsters. A boy gets the “All-seeing Eyes of the Gods” at the expense of his sister’s eyesight. Thus, a story of supernatural justice fighters against the evils draped in the sewers of the city.

A monk who could draw anything to live makes an imaginary world into reality and gives the kingdom to his three children. A girl is isekaied to the kingdom and just might be the one to unravel this paper world.

A Hollywood setting, including unimaginable diverse superpowers gained by random people. A group comprised of these espers fight for the cities justice against other espers, mafia and thus, starts a bad-ass epic of excellent fight scenes and cool characters.

Kyoto has been populated by groups of tanuki and tengu for years, living alongside humans who are oblivious to the existence of these creatures. However, the seemingly jolly story suddenly turns dark with a gory murder flashback.

A non-magical girl gets inspired by her role model, a magical heroine idol, longs years ago. Now that girl joins the Luna Nova Magical Academy to become like the idol someday, even with no affinity to magic at all in the beginning.

A real god with fake popularity roams the street in search of a million followers someday. Having not even a single shrine in his respect. He spends his days doing odd jobs for five yen apiece until his weapon partner becomes fed up with their useless master and deserts him.

The prequel to the Fate/Night featuring a battle royale of Saber with other 6 ancient familiar warriors. It follows Kiritsugu, the magus killer, as he tries to break his marriage contract with Irisviel, the only daughter of the Einzbern family.

Madoka Kaname and Sayaka Miki are regular middle school girls with regular lives, become magical girls when encountered with a cat familiar. Thus, she starts a classic heroine squad doing whatever is needed to maintain justice in the city.

A 1900s American setting movie on a moving train full of mafia, murderers, immortals, and alchemists. Everything possible goes wrong as they find the possibility of this coincidence to be too much altered by someone. A fight for life, full of blood, not even sparing children.

A delinquent boy gets isekaied, as he is not allowed to pass on to the afterlife by the gods of the spirit realm. He is bestowed upon a series of tasks to thwart the evils of the Demon Lord from the face of Earth by making a hero’s party against the evil army.

These are the top 10 anime shows of all time with supernatural, magical powers in a modern world. Do watch them from trusted sources only and experience a series of spectacular stories and animation with equally excellent fights and action. Subscribe to our website for more charts and lists of the most popular genres in the otaku community. We will be back soon with more interesting anime titles for you. Until then, stay tuned, stay hyped.