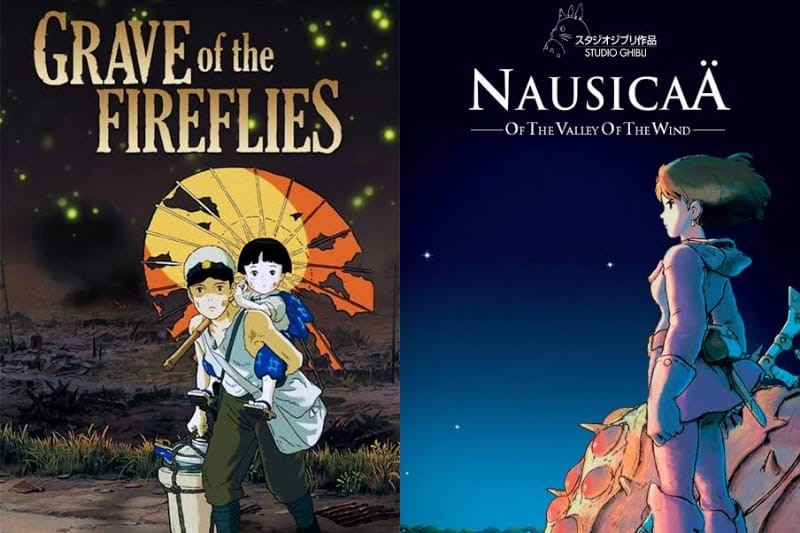 There are numerous war anime movies available to explore their most deadly battles and mysteries. However, only a few of them were enthralling and appealing, which is why they are difficult to find.

But don’t worry; we’ve compiled a fantastic list of the top 15 enthralling war anime movies as of 2022. They were ranked based on their IMDb rating, so let’s get to the list. 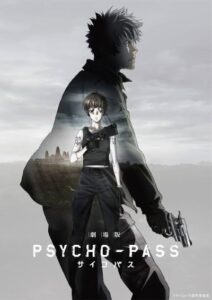 Psycho-Pass: The Movie is one of the best anime movies that was directed by Katsuyuki Motohiro and Naoyoshi Shiotani. This film was first released on January 9, 2015, in Japan.

The plot of this movie revolves around two characters: the first is an inspector of the Public Safety Bureau’s Criminal Investigation, and the second is a skilled criminal. The war between the Safety Bureau and the criminals is quite fascinating. 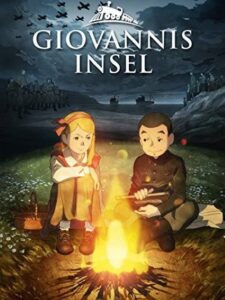 Giovanni’s Island is an excellent film directed by Mizuho Nishikubo and was released in 2014. It is set on the island of Shikotan during the Second World War and depicts the story of two brothers, Junpei and Kanta.

They were forced to live in their horse’s place after their home was captured by the Russians. However, they help many villagers by supplying food and other things. It is a good choice to experience the situation of war and how people went through it. 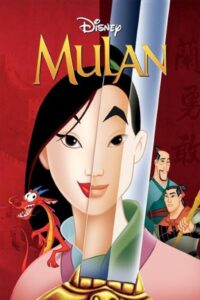 Mulan is a musical anime film that was directed by Barry Cook and Tony Bancroft. This movie was first released on June 5, 1998, at the Hollywood Bowl.

The plot of this movie follows a Chinese girl named Mulan, who was the daughter of an honored family. She decided to join a very deadly war between China and the Huns. Unfortunately, to join a war, she hides her gender, but in the end, her secret is revealed.

12. In This Corner of the World

It is a historical war anime film that was written and directed by Sunao Katabuchi. This movie was first released on October 28, 2016, at TIFF (Tokyo International Film Festival).

It is set during World War II and follows the story of a newly married 18-year-old girl. Due to the war, she daily struggles for her family. This movie precisely shows the meaning of war and why we shouldn’t start a war. 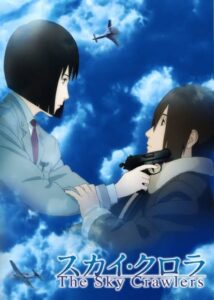 The Sky Crawlers is a military war anime film that was directed by Mamoru Oshii. This movie was first released on August 2, 2008, in Japan.

The protagonists of the film are youngsters who are called to be Children. They were raised as soldiers who were only born to fight in the war. This anime film has the best aircraft war that will blow your mind. 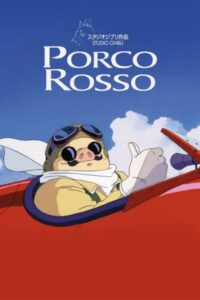 Porco Rosso is one of the excellent war anime movies that were written and directed by Hayao Miyazaki. The story of this film is set during World War I and mainly follows Porco Rosso, an Italian air pirate.

However, his head is transformed into a pink pig due to the mysterious curse, but he continues serving his service. This movie demonstrates lots of air strike attacks and air fighting that you will surely appreciate. 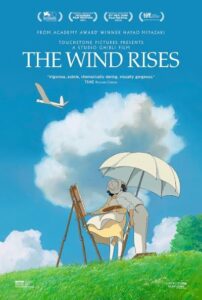 The Wind Rises is a historical war anime movie that was written and directed by Hayao Miyazaki. This movie was first released in 2013 in Japan and was set during World War II.

It mainly follows Jiro, who dreams of becoming a pilot and designing planes. Unfortunately, due to ill fit, she had to give up on his dream of becoming a pilot, but she became a plane designer. This movie shows many historical events, including Japan’s war with America. 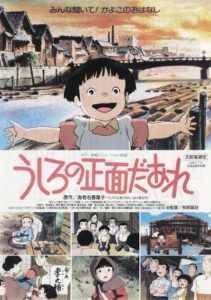 Kayoko’s Diary is an excellent anime movie as well as one of the best anime movies on Funimation. It was directed by Seiji Arihara and was released in 1991.

Kayoko is a typical young girl who lives an ordinary life with her family. Meanwhile, the war has begun, and she has grown older, observing how she and her neighbors’ lives have altered dramatically.

Through the perspective of a small child, this movie depicts the struggle and pain of war. 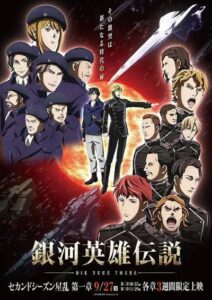 The Legend of the Galactic Heroes is one of the popular war anime movies. It was directed by Shunsuke Tada and was released in 2019.

This film is set in a futuristic world and depicts the never-ending war between two interstellar states. On the one hand, it is the skilled Galactic empire, and on the other hand, it is the huge alliance of democratic planets.

Both of them contained great soldiers who were well-trained and always ready to sacrifice themselves for their planet.

6. Sword of the Stranger 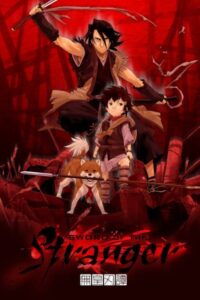 Sword of the Stranger is an excellent action anime movie directed by Masahiro Ando and produced by Bones.

In this anime, a samurai travels and reluctantly brings a child and his dog to a far-off Buddhist temple. However, he is confronted with numerous moral questions during their adventure.

It contains a lot of amazing sword fighting and combat sequences that you will certainly enjoy. 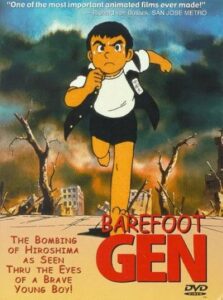 Barefoot Gen is one of the top-rated war anime movies that was released in 1983. It is excellently directed by Mori Masaki and written by Keiji Nakazawa.

This anime takes place in Hiroshima, where the war is on, and our protagonist, Gen, is a young boy who struggles to live. However, they don’t know that this hard life is not the end; there is also worse ahead of them.

4. Nausicaa of the Valley of the Wind 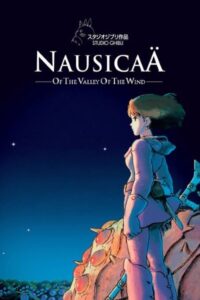 Shimamoto tries her best to save her valley from the giant mutant insects that directly come from the Toxic Jungle. It is great to see how she saves her valleys against this toxic jungle and the mastermind behind all of these events. 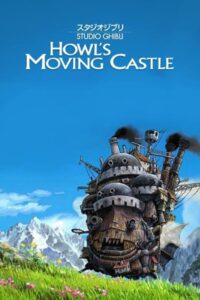 Howl’s Moving Castle is one of the greatest films by Hayao Miyazaki. The story of this film takes place in a fantasy world where both magic and technology are used in common service.

In this film, Sophie, a young girl, is unfortunately turned into an elderly woman by the curse of a witch. During her adventure to find the cure for this curse, she meets Howl, a wizard, and ends up in the middle of a war between kingdoms.

The war in this film is not ordinary because both kingdoms use magical power and mysterious abilities against each other. 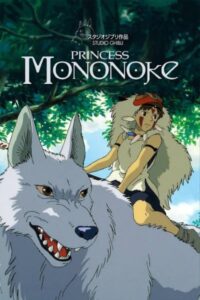 Princess Mononoke is one of the highly rated war anime movies on IMDb. It was brilliantly directed by Hayao Miyazaki and was released in 1997. The story of this movie is set in Japan’s historical period, the Muromachi period.

This film depicts the story of a young prince, Ashitaka, who fights several monsters to save his village. Later, he knows that all of these monsters come from western lands, and he needs to cure the curse to stop them.

This film is filled with many spirits and demons that provide you with wonderful experiences. It is the ideal choice to explore its deadliest battle between man and monster.

1. Grave of the Fireflies 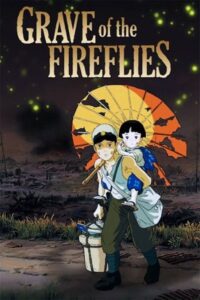 Grave of the Fireflies is one of the greatest war anime movies of all time, directed by Isao Takahata and released in 1988. It mainly follows the story of two siblings who lose their parents in the war.

It excellently shows us the bad consequences of war and how it destroys people’s livelihoods and gives them unbearable pain. Despite losing their parents, both of the siblings struggled hard to survive and went through many difficult situations.

It contains plenty of emotional weight that is capable of making you cry.

We’ll wrap up this article by going over each anime film on the list. This incredible list was compiled using IMDb ratings (2022) and fan popularity. Each film is enthralling and has a fantastic plot that you will thoroughly enjoy.