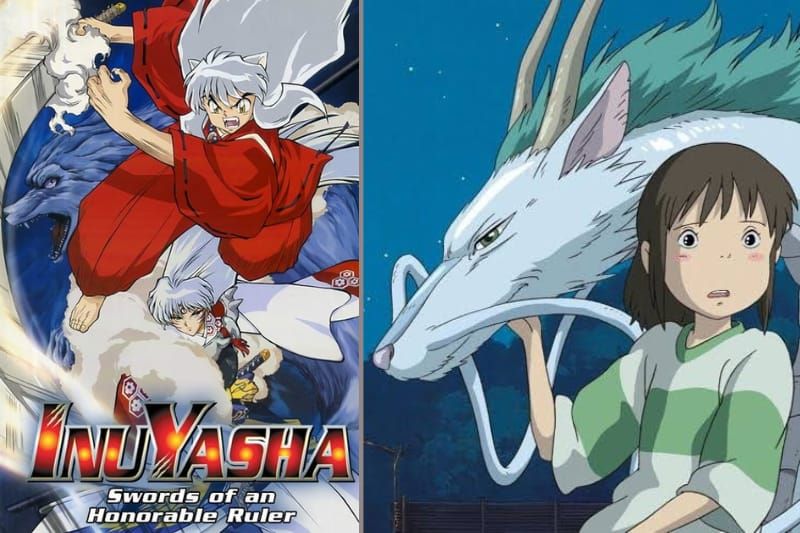 We all love learning about dragons and want to know more about them. There are numerous dragon anime series available on various streaming platforms. However, we do not have time to watch an entire series to learn about dragons.

As a result, we recommend anime movies over anime series or shows because they fully depict several aspects of dragons despite having short runtime. Their premise and storytelling were fantastic, as were their animations.

In this article, we talk about the best 20 Japanese movies with dragons based on their IMDb rating (2022). So let’s get straight to the list. 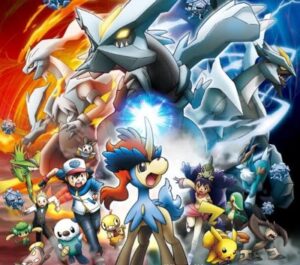 It is one of the most popular anime movies in the Pokemon franchise, directed by Kunihiko Yuyama. This film mainly follows the legendary Pokemon battle between Kyurem, a dragon-type Pokemon, and the Sword of Justice, a group of protector Pokemon.

This film is also regarded as one of the best anime movies with dragons due to its featuring several powerful dragon-type Pokemon. It is the best choice to explore this amazing battle and experience some of the new powerful abilities of the Pokemon. 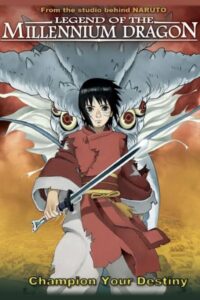 The Legend of the Millennium Dragon is an epic-fantasy anime film directed by Hirotsugu Kawasaki. It tells the story of a young boy, Jun Tendo, who travels back to Japan’s past, i.e., the Heian era.

Jun came to this era to seek help from a giant eight-headed dragon to resolve a war between humans and demons in his present world. It features incredible action sequences, amazing art styles, and excellent storytelling. 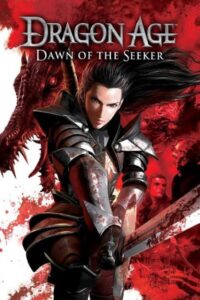 It is an action and fantasy anime film that was directed by Fumihiko Sori and written by Jeffrey Scott. This anime’s plot delves into the past of Cassandra Pentaghast, who is a protagonist in the Dragon Age universe.

This film also shows the journey of how she came to be known as the Divine’s Right Hand. Just like the title of the film suggests, this film has lots of dragons and amazing dragon fights that every dragon lover must watch. 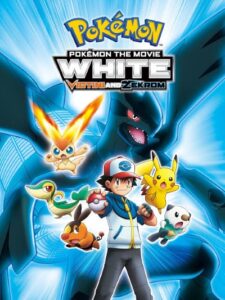 It is an action and fantasy anime film that was directed by Kunihiko Yuyama and written by Hideki Sonoda. This anime’s plot revolves around Ash and his friends traveling to Eindoak Town for Pokemon battle competition.

However, Damon intends to capture Victini, an ancient Pokemon, and absorb its power. Damon has a Zekrom, a legendary Pokemon of the Dragon/Electric type, which helps Damon to pilot the town’s floating castle. 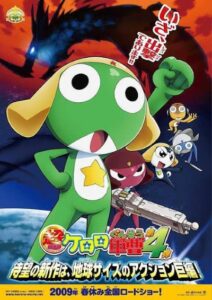 Gekishin Dragon Warriors is a comedy and drama anime film that was directed by Susumu Yamaguchi and produced by Sunrise studio. 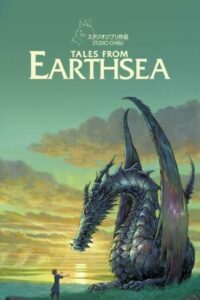 Tales from Earthsea is an epic-fantasy anime film directed by Goro Miyazaki. It depicts the deadliest battle between two giant dragons, in which one of them was killed by another.
The kingdom faces several difficult situations after the death of a dragon, i.e., the loss of their king.

There are so many interesting events that occur in this film that it binds you to the end of the movie. Its animation is also quite good and amazing and provides you with a better experience than other dragon movies. 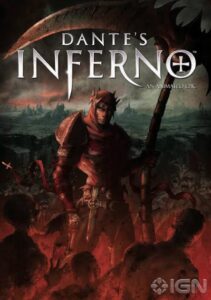 Dante’s Inferno: An Animated Epic is a dark-fantasy animated movie based on Dante’s Inferno, a popular video game developed by Visceral Games.

This film follows the adventures of Dante, a powerful warrior who travels to different parts of hell. Through his journey, he fights with many powerful demons and monsters.

His fight against Lucifer, the king of hell, was so incredible that it would blow your minds. I highly recommend you watch this incredible film and experience its deadliest battles. 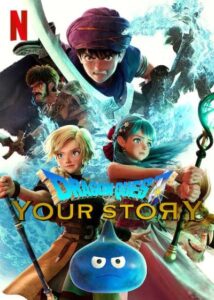 Dragon Quest: Your Story is a CG animated movie based on Dragon Quest V, a popular video game developed by Square Enix.

It tells the story of Pankraj and his son Luca, who went on an adventure to find his wife. During their adventure, they meet several mysterious species, such as fairies and dragons. This movie is a wonderful pick for you to explore its amazing adventure. 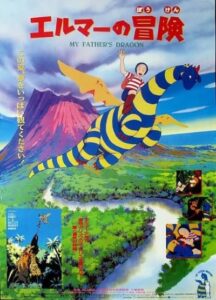 My Father’s Dragon is a popular animated film based on Ruth Stiles Gannett’s book by the same name. It depicts the story of a young child who finds a helpless dragon on an island.

He wants to help him, but to do that; he faces several problems. It is one of the best anime movies with dragons for young children because its story is very simple and amazing. 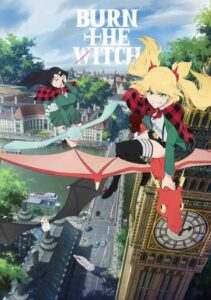 Burn the Witch is an action and fantasy anime film directed by Tatsuro Kawano. It is set in the Bleach universe, a popular action franchise, and depicts the story of two witches, i.e., Noel Niihashi and Ninny Spangcole.

They both work for the Soul Society, an organization for dragon conservation and management. This film shows us various aspects of dragons and how they are protected. You also definitely like its dragons that are not so big and seem beautiful. 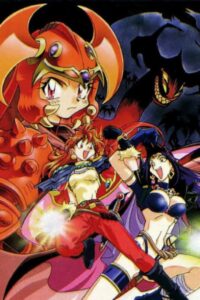 Slayers Gorgeous is a comedy-fantasy anime movie directed by Hiroshi Watanabe. It is the fourth movie in the Slayers franchise and depicts a war between the human’s army and the dragon’s army.

Lord Calvert led his human’s army in the war while his rebellious daughter Marlene led the dragon’s army. This movie also features several magical powers that help humans in their fight against dragons.

It is one of the best anime movies with dragons that you will like and enjoy to the fullest. 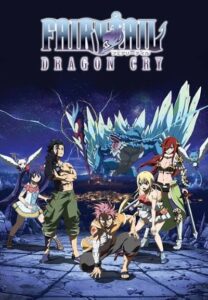 Fairy Tail: Dragon Cry is the sequel to Fairy Tail: Phoenix Priestess and was directed by Tatsuma Minamikawa. This film is based on a magical artifact power known as “dragon cry.” Natsu and his team try their best to find them before they fall into the wrong hands.

Later in the series, Animus reveals himself to be a giant blue dragon with red eyes that shield Sonya’s body. It became one of the best anime movies with dragons because it featured several powerful dragons and depicted their power to the fullest. 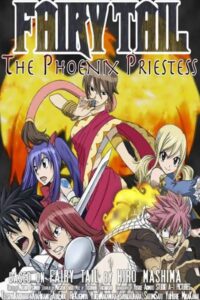 It is a fantasy and action anime film that was directed by Masaya Fujimori and produced by A-1 Pictures. The plot of this anime follows Lucy, who is a wizard, as she encounters Eclair, a village priestess who possesses a Phoenix Stone.

Whereas there is an evil carbuncle that also wants the phoenix stone. Now Lucy and her friends must protect the Phoenix Stone that Eclair had. However, after a series of events, a large and powerful dragon known as the Phoenix was finally summoned.

7. The Little Prince and the Eight-Headed Dragon (7.1) 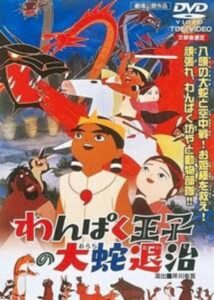 The Little Prince and the Eight-Headed Dragon is an adventure and fantasy anime film that was directed by Yugo Serikawa and produced by Toei Animation.

The plot of this anime follows the journey of Susanoo, along with his pet rabbit, to find his mother. This journey leads him to conflict with a dragon to save a princess, who later becomes his companion on his journey. 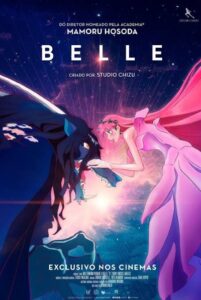 Belle is an adventure and drama anime film that was written and directed by Mamoru Hosoda. The plot of this film follows a high school girl student whose name is Suzu Naito.

She sets out on an emotional and epic journey to discover the identity of a mysterious beast who is fleeing ruthless vigilantes.

In this anime, the beast is a dragon who plays a very important role. We can also say that the dragon is the second main character of the film. 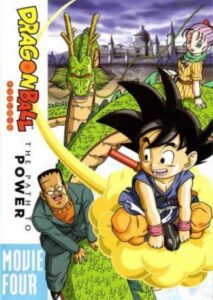 Dragon Ball: The Path to Power is a martial arts and adventure anime film that was directed by Shigeyasu Yamauchi and written by Aya Matsui. This film is the seventeenth animated feature film based on Akira Toriyama’s Dragon Ball manga series.

The plot of this movie revolves around Goku and Bulma on a journey to find a dragon ball and summon Shenron to make Bulma her wish. Shenron is a magical dragon from the Dragon Ball franchise. 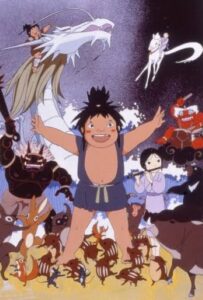 Taro, the Dragon Boy, is an adventure and family anime film that was directed by Kiriro Urayama and written by Isao Takahata. The plot of this anime film revolves around a mountain boy, Taro.

An evil spell has turned his mother into a dragon. Now, our protagonist, Taro, is struggling to save his mother from that evil spell.

Due to mainly focusing on a dragon, this film is considered one of the high-rated anime movies with dragons. 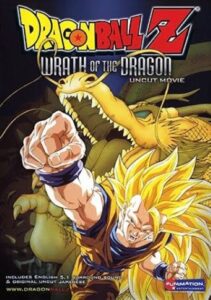 Dragon Ball Z: Wrath of the Dragon is an action and sci-fi anime film that was directed by Mitsuo Hashimoto and written by Takao Koyama. In this film, two dragons are shown. The first is Shenron, when the magical Dragon Balls are assembled.

The second comes from the Goku attack, whose name is Dragon Fist Explosion. In this attack, Goku’s fist triggers an explosion of ki in the form of a “Golden Shining Dragon.” This golden dragon also seems to be Shenron.

2. Inuyasha the Movie: Swords of an Honorable Ruler (7.6) 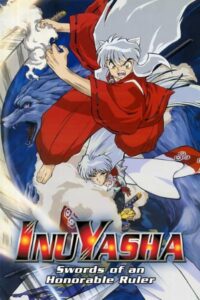 Inuyasha the Movie: Swords of an Honorable Ruler is a fantasy and adventure anime film that was directed by Toshiya Shinohara and written by Katsuyuki Sumisawa. In this film, the protagonist of the series, Inuyasha, once uses the sword’s deadly Dragon Twister attack to escape.

If we talk about The Dragon Twister, then it is an attack in which a dragon comes from hell. He frequently uses this attack in the entire movie, making it one of the high-rated anime movies with dragons. 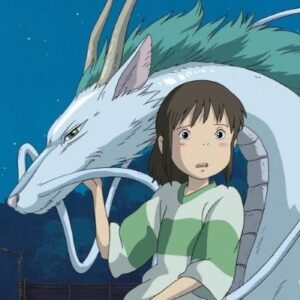 Spirited Away is a fantasy and adventure anime film that was written and directed by Hayao Miyazaki. This film is the highest rated and one of the greatest anime movies with dragons because its dragon is the second main character in the film.

Her dragon’s name is Haku. The dragon was initially presented as a young man of around sixteen years old, but in reality, he is a white dragon who is a lost river spirit.

We’ll conclude this article by going over each anime film on the list that features dragons. This article includes some of the best anime movies about dragons and their abilities. This fantastic list was compiled based on their IMDb ratings (2022) and fan popularity.

Each of them has an excellent premise and fantastic dragons that any dragon fan will enjoy. After watching these fantastic anime movies with dragons, you will notice that they are even better than some of the dragon anime series.