Skip to contentHome » Anime & Manga » Who is the main character in Kakegurui? 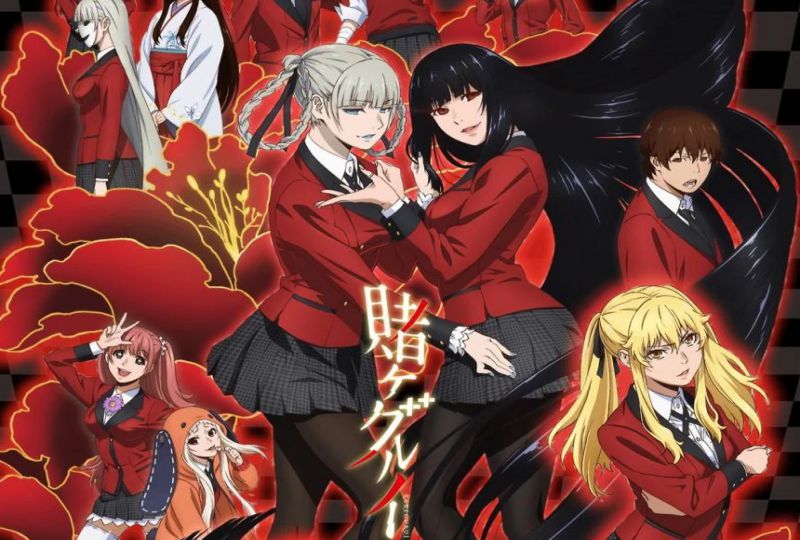 Kakegurui is one of the best current-gen gambling-themed anime. The story features a mysterious girl, Jabami Yumeko, as the main character in Kakegurui. Jabami joins an elite academy where everything is decided through gambling.

Even how the students are treated depends on their gambling skills. Those with no wit or skills for gambling wear a dog tag and leash as their seniors treat them like their servants. They are in monetary as well as social debt after losing in any game they play, which makes it even worse.

Moreover, the academy also has a brutal and filthy rich Student Council, and each of them is a top gambler with connections. However, Jabami is here to challenge them all and shake how things have been running in the academy.

With her unexplainable and extraordinary gambling skills, she quickly gains attention. However, she soon reveals that she is only here because she loves gambling more than anything.

Kakegurui gathered a lot of praise worldwide for its clever plot and dangerous featured games. Jabami Yumeko, the main character, is particularly admired for her duality and mysterious personality.

Jabami appears like an average student joining a new academy and discovering how things work there. However, it is clear that she only joined this particular academy because gambling is her absolute means of pleasure. On top of that, she has her intelligence and unbothered attitude to back it up too. As soon as she enters the academy, she immediately challenges her junior, Mary Saotome, who is at the top of her game.

Jabami exposes her for rigging the game and even ends up winning the bet in the final round. What’s more surprising here is that Jabami had 10 million yen on her, which she used to pay her debt amount.

This incident quickly gathered everyone’s attention, from every student to the Student Council members. Therefore, on her very first day, Jabami became a ticking threat to everyone’s position.

Jabami is not the only main character in Kakegurui. The spotlight is shared by Ryota Suzui. Ryota is introduced as Mary’s housepet after losing a gamble to her.

However, he is the first person to approach Jamabi on her first day at the academy and shows her around. This is how Jabami ends up challenging Mary since she happens to catch sight of her. Jabami loses the initial rounds of her game with Mary because she used Ryota to cheat. Feeling guilt from this incident, Ryota apologizes to Jabami and even advises her to drop out of this messed up the academy.

But to his surprise, Jabami offers him the money to pay his debt to Mary and even thanks him for allowing her to enjoy a gamble. From here on, Ryota sticks to Jabami as she exposes more and more students to cheating during the game.

As for Ryota, he is a smart student and is even academically bright. He simply hates the concept of gambling and how corrupted the academy is. That is the reason he stays away from gambling and rather remains indebted to the top gamblers.

This is further highlighted when he easily understands the tactics, rules, and even how the games are rigged while Jabami gambles various groups in the academy.

However, the only difference between Ryota and Jabami is that she is just as brutal and bloodthirsty while gambling. Menace and euphoric pleasure from gambling immediately spread over her face while in the zone.

So that is all for the main leads in Kakegurui. If you love a gambling anime with an incredible plot, watch this anime right away. Meanwhile, check out some more interesting articles covering various other anime and manga.