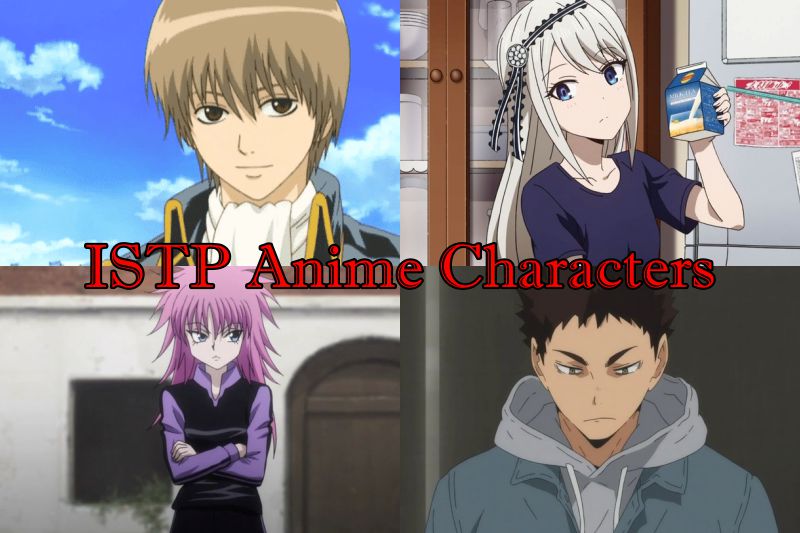 Anime has no shortage of distinct or quirky characters. Every type of personality can be found in the anime world. Some are jolly and fun-loving, and some are shy or introverted. Today we’ll be talking about anime characters who are ISTP. ISTP is one of the sixteen MBTI (Myers-Briggs Type Indicator) personality types.

The letters in ISTP stand for Introverted, Sensing, Thinking, and Perceiving, respectively. In short, characters with ISTP are introverts who focus on facts and details and make decisions based on facts rather than emotions while preferring to be flexible in action.

In this article, we’re making a list of 15 ISTP anime characters. The characters are numbered randomly and not ranked. We’ve taken one character from one anime to make a list more diverse. With that, let’s proceed to the list. 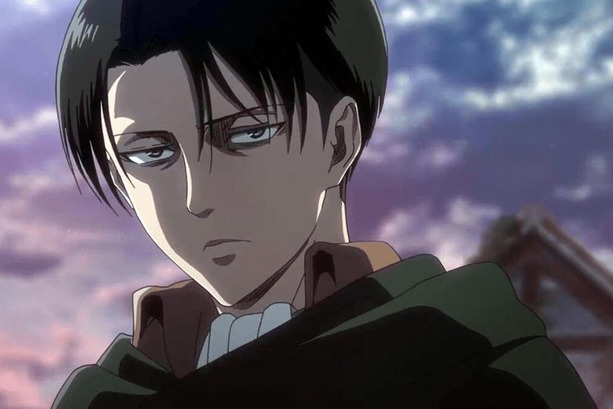 Levi Ackerman is a member of the Survey Corps and the captain of Levi Squad. He is also widely recognized as “humanity’s strongest soldier.”

Levi is an introverted character who is rather difficult to approach. He has a hard and strict personality but also has a soft side that isn’t apparent often.

He’s a man who prefers order in things but will not hesitate to take action on the spot based on his instinct. Levi’s harsh yet humane personality makes him a fan-favorite character. 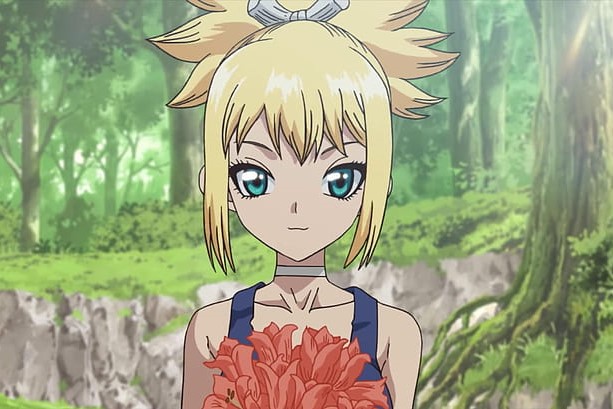 Kohaku is from the Ishigami Village and their strongest fighter. She is the younger daughter of the Chief and sister of Rui. She becomes one of the first allies of Senku in the Stone World.

The best aspect of Kohaku’s personality is her kindness and caring nature. She’s also very loyal and would go to great lengths for her loved ones.

She believes in what she sees and is open-minded about things but can be rash during certain moments. Her flexibility in her perception and her deep-rooted morality makes Kohaku an amazing ISTP. 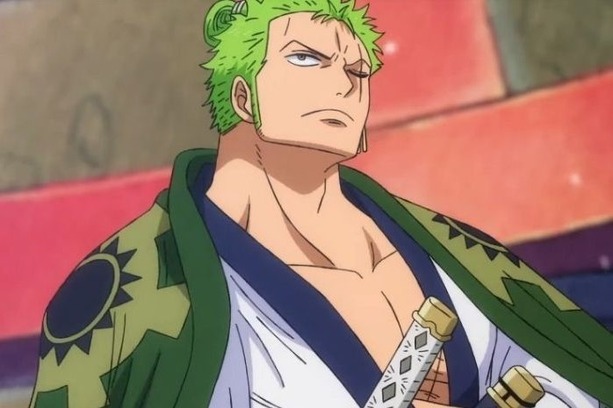 Roronoa Zoro is the swordsman of the Straw Hat Pirates. His aim in life is to become the strongest swordsman in the world to keep his promise to his deceased childhood friend, Kuina.

Aside from Robin, Zoro is arguably the most taciturn member of the Straw Hats. He is very disciplined and has a serious attitude. Zoro is also very loyal and does not look away from mistakes, rather wants to rectify them.

But his rough-and-tough attitude is not without its fair share of quirkiness, as evident when he goofs around with the crew or simply whenever he goes the wrong way. 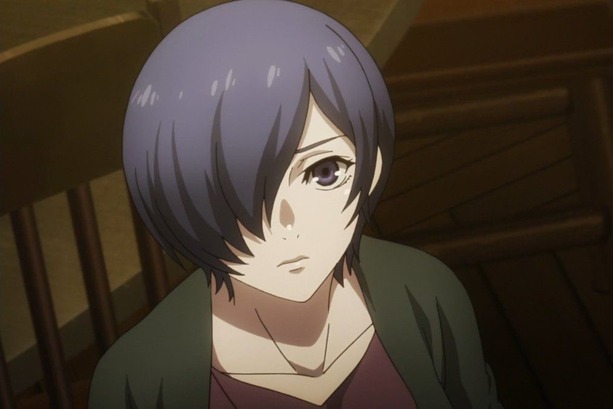 Touka Kirishima is a teenage Ghoul, a separate race of people who are biologically cannibals. She works in the cafe Anteiku, an establishment where every employee is a Ghoul.

Touka’s personality initially comes off as cold and harsh, but there’s kindness and softness inside her. She represses a lot of her emotions, mainly grief and pain, to focus on her anger. But her true self is loving and caring, and she’ll always give her everything for her loved ones. 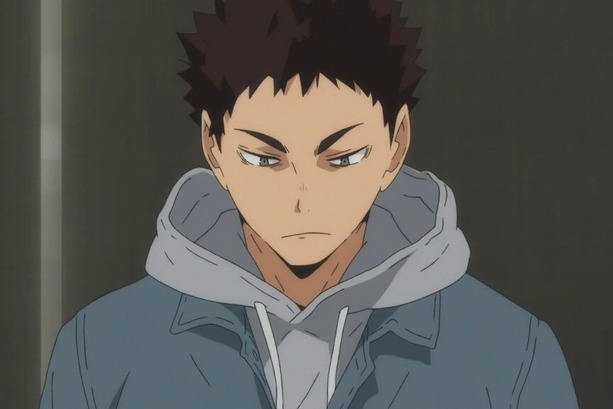 Hajime Iwaizumi is a third-year student at Aoba Johsai High (Seijoh) and the vice-captain and ace of the volleyball team. He’s also the childhood friend of Toru Oikawa, the captain, and setter of the team.

Iwaizumi is a gruff and straightforward guy. He’s very passionate and responsible and has a strong moral code. He’s a bit rough around the edges but very caring for those around him.

Iwaizumi is also very competitive but knows his limits. He doesn’t let competition become toxic for him. That’s an ISTP trait right there. 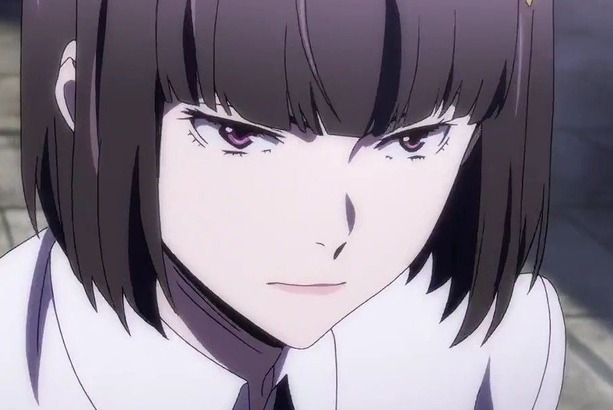 Akiko Yosano is an Ability holder and the medic of the Armed Detective Agency. Her ability is called Thou Shall Not Die and allows her to heal any wound of a near-dead patient.

Akiko is a passionate feminist who believes in equality among men and women. She appears lovely and graceful at first but actually is very aggressive with sadistic tendencies. Akiko is also extremely smart and capable but has a short temper. Her duality in calm competency and raging temper make her an ISTP. 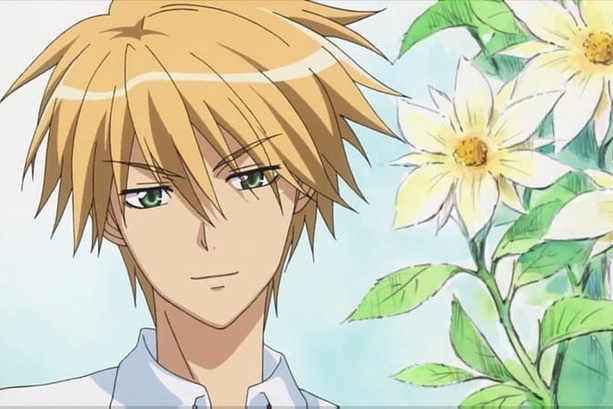 Takumi Usui is a student at Seiko High School, where he is admired for his looks and skills. He falls in love with Misaki, the Student Council President, after learning her secret as a waitress in a maid cafe.

Usui is a cool guy with a penchant for teasing. He’s a loner and doesn’t have a lot of friends, even though everybody wants to be his friend. Usui is a very skillful guy, excelling in everything he tries and rarely failing.

He also never loses his head and acts rashly unless it concerns the hot-headed object of his affection. 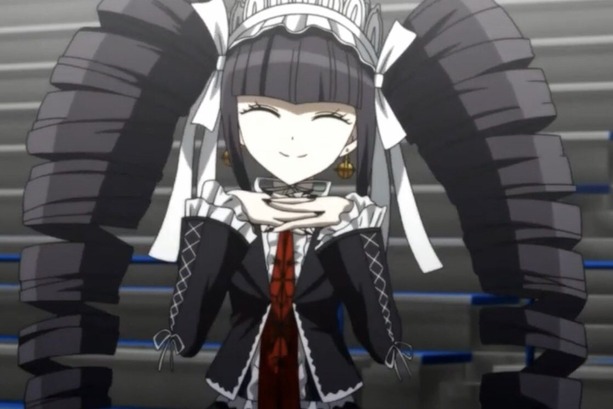 Our eighth entry on the list of ISTP anime characters is Celestia Ludenberg. Celeste is a student of the Class 87th of Hope’s Peak Academy who participates in the Killing School Life. Her title in the game is the Ultimate Gambler.

Celeste is a calculative, cunning, and manipulative person. She’s also an expert liar. Celeste always keeps her cool, but there’s an ambitious edge to her that makes her ruthless. She’s willing to go to any length for her goal despite knowing better. And that makes her a perfect ISTP. 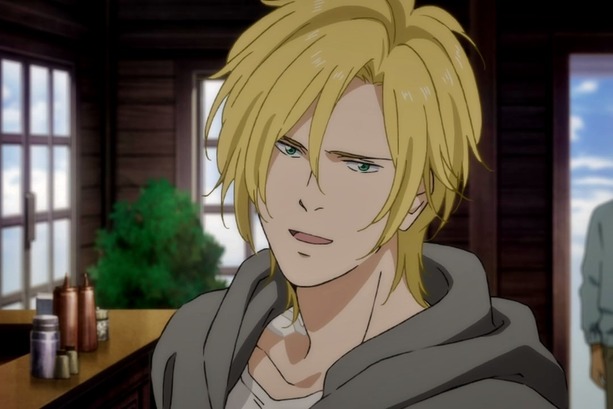 Ash Lynx is a teenager and the leader of a teen gang. He was previously in the mob under Dino Golzine and was made to be a sex slave and contract killer. He’s trying to solve the mystery of Banana Fish.

Ash is an intelligent and charismatic fellow whose bravery and cheekiness hide the trauma inside him. He has a strong will, not giving up hope even after he suffered through hell. He is well-read and knows how to get his way around. But this comes with his instinct and impulsiveness, which makes him an ISTP. 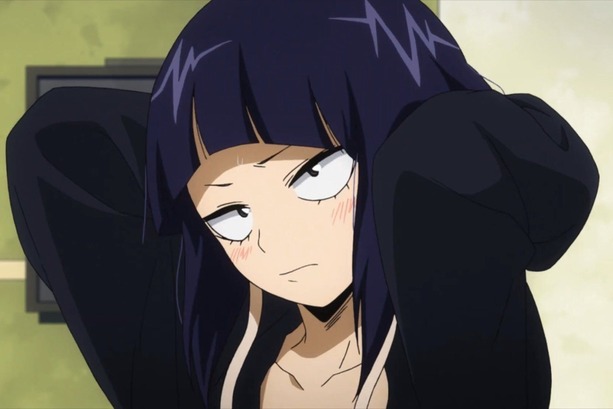 Kyoka Jiro is a student of Class 1-A in the Hero Course at U.A. High School. She has a Quirk named Earphone Jack that is manifested in the pair of headphone jacks hanging from her earlobes. Her Hero name is Hearing Hero: Earphone Jack.

Jiro is an introvert who has loved music all her life. She has a good heart and is rather shy. Jiro is very brave and responsible as she’s willing to choose to be a hero and save people over being a musician. She is also awkward with people at first but slowly warms up. 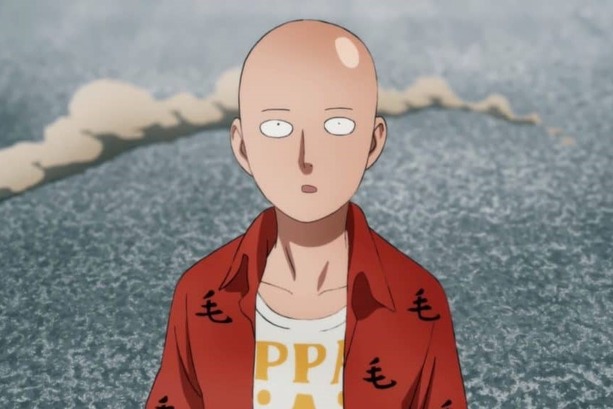 Saitama is the most powerful being in the universe. As a normal man, he hated himself for his inability to save people and trained until he became the strongest. He later becomes a C-class superhero.

Saitama is an indifferent man whose indifference is the result of his absolute strength. He’s so powerful that nothing challenges him anymore. This causes him to be indifferent to people’s disrespect towards him.

But when something actually interests him, Saitama livens up. The static personality with an edge is evidence of Saitama being an ISTP. 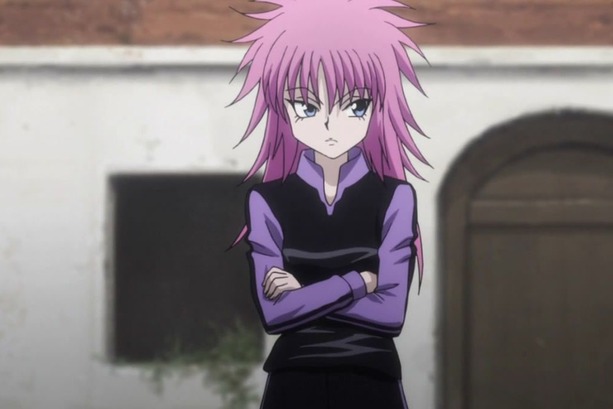 Machi Komacine is one of the founding members of the criminal group Phantom Troupe. She is #3 in the group. Machi is a talented Transmutator and applies her Nen through strings.

Machi is a taciturn person and acts cold most of the time. She hardly shows her emotions and never loses her cool. However, she has a caring nature and is very loyal to her original fellow Troupe members, especially Chrollo. Machi is also very confident in her abilities and won’t hesitate to make a move when needed. 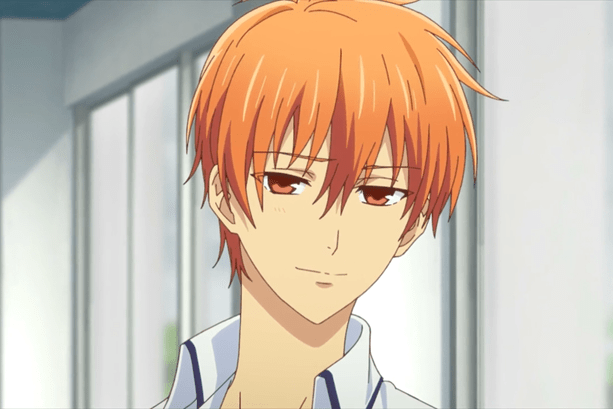 Kyo Sohma hails from the Sohma family and is one of the Zodiacs. He is the vessel for the cat spirit of the Chinese Zodiac, which has caused him to be ostracized and isolated by the other Zodiacs.

Kyo is an awkward teenager who has trouble expressing himself. He frequently shows his temper and ends up saying harsh stuff without wanting to. But his rough exterior is a cover for the sad and lonely person he is on the inside.

Kyo might not act like it, but he understands the position he is in. That doesn’t stop him from being hot-headed, though. A typical ISTP characteristic. 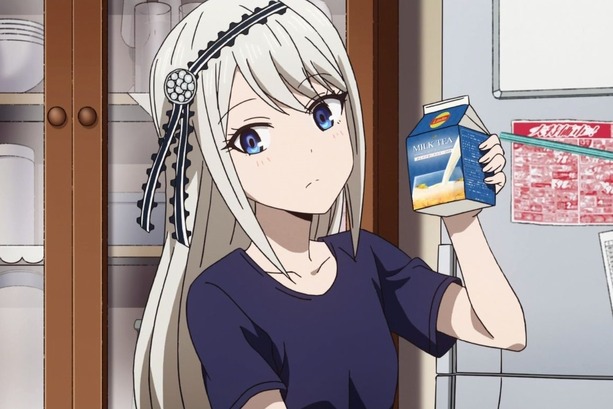 Kei Shirogane is the younger sister of Miyuki, who lives with him and their father. She reads in Shuchiin Junior High and is good friends with Moeha Fujiwara, Chika’s younger sister.

Kei’s biggest personality trait is that she is a tsundere. She’s in her early teenage years and shows the characteristic annoyance and loathing for her guardians, especially her brother.

Kei is an intelligent girl who has already faced sadness and trauma in her life. She bases her decision on her knowledge but can’t help showing her more immature traits around Miyuki and her father. 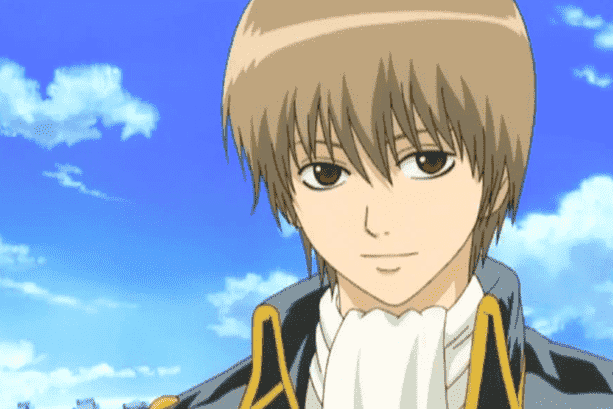 The last one on this list of ISTP anime characters is Sougo Okita. He is the captain of the first squad of Shinsengumi and their strongest swordsman. Sougo is a sadist and has a deep dislike for Hijikata, whom he never misses torture and prank.

Sougo’s personality is kind of twisted. He’s an introvert who carries himself with confidence. But he cherishes the people he cares about and will go to any length for them. Sougo is also a very intelligent person, quick on the update. But there’s also childishness in his personality, which causes him to act rashly sometimes.

With this, we conclude the list of 15 anime characters who are ISTP. We’ll be back with more exciting lists such as this. In the meantime, check out our other articles for some fun reading time.