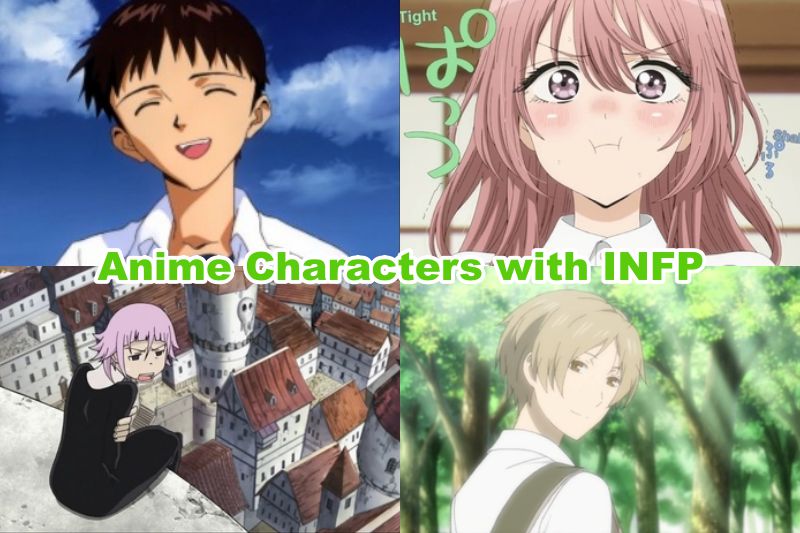 An INFP personality trait is one of the most common character attributes present in many Anime Characters, more so visible in Shounen protagonists. This makes it a bit harder to rank the top 15 Anime Characters with INFP Personalities, as there is a lot of consideration to be made.

INFP stands for introverted, intuitive, feeling, and perspective. A character with an INFP personality generally has the attributes of an idealist, loyal, and caring attitude.

In this post, we are gonna take a lot at the Top 15 Anime characters with INFP personalities who left a big impact because of their characters. 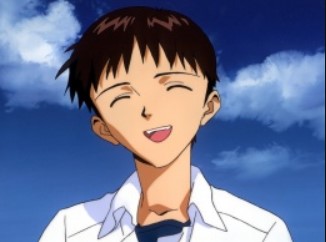 He is a highly introverted character due to his past and everything that unfolds throughout the series. Shinji needs a strong push to do or achieve anything. He created a huge impact as well as an uproar with his raw and realistic portrayal of the INFP personality type. 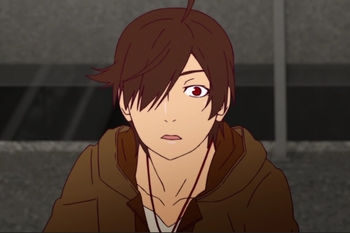 The main protagonist of the Monogatari series is a diligent worker and a very responsible person. Even if he is childish and bears a comical attitude for most of the season, he gets mature when he gets serious.

Araragi cares more about his friends and acquaintances rather than thinking about himself. He does not easily show his emotions or get caught up in deciding his feelings. 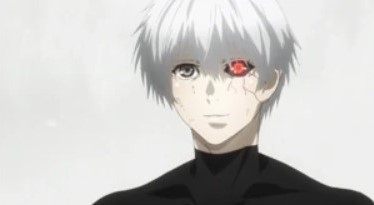 An idealist, caring, generous, and well-reasoned individual, Ken Kaneki checks all the boxes for an INFP. He is the main character of Tokyo Ghoul and is loved by a large part of the fanbase for his character traits.

From the start of the series, Kaneki is an interesting person who goes through plenty of events to become what he is. Even after his personality change, we all can still relate to him somehow because of the situations he went through.

He has a very realistic portrayal of emotions like sadness, pain, and anger and how all those emotions can change a person. 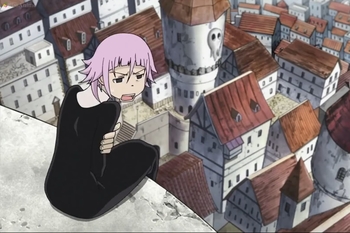 Crona is more of a dark and gloomy character who is rather depressed for most of the series. Even then, Crona is a kind-hearted character who rarely shows this trait.

Crona has another perfect INFP personality trait right up their sleeve. They have pretty similar character traits of a depressing person and capture their feelings and emotions of them perfectly.

Anime: Higurashi: When They Cry 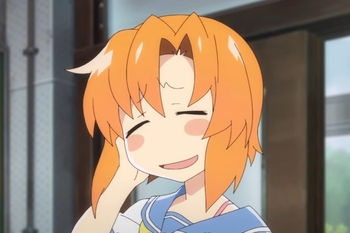 A shy girl and can also get very stubborn and serious depending on the situation. Ryuguu Rena comes more on the idealist side and suffers from being indecisive.

She is a good listener and is very kind towards her friends and the people around her. This nature of her resonates the most with the INFP personality, painting her in a good light for the emotions she perceives. She is also a fan-favorite character for what she does and how she tackles difficult situations in the series. 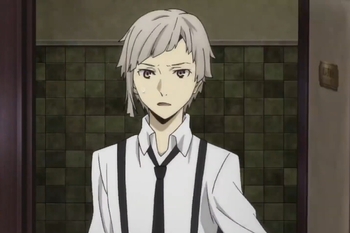 The main protagonist of Bungo Stray Dogs and a member of the Armed Detective Agency, Atsushi Nakajima, is also an INFP. He is a very passionate character who cares deeply about his friends and allies.

He always keeps the safety of his friends and other civilians when in danger and is gladly ready to dive into his life to save them. Atsushi is shaped by his trauma and the treatment he received during his time in an orphanage, making him a kind person. 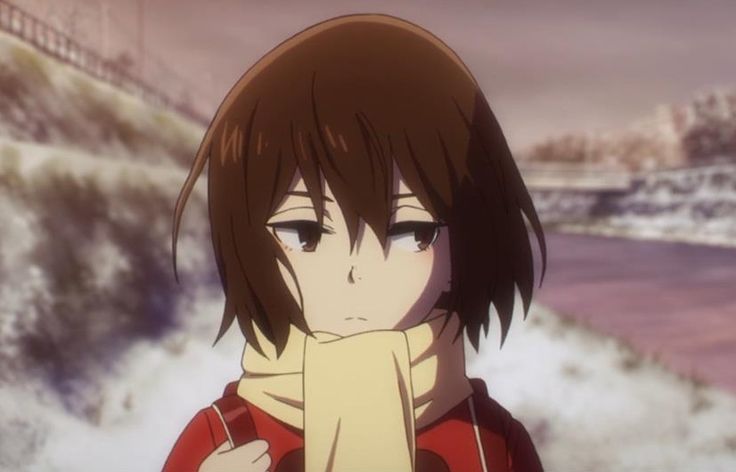 A kind-hearted and optimistic person, Kayo is a rather shy girl who closed off her heart because of the abuse done to her. She does not rely on others and tries to bear the pain alone.

Kayo is a gentle and timid girl who does not socialize with people in the guilt of hurting anyone. She also cares more about the goodwill of other people, compared to herself. Kayo is a standard INFP character, with these personality traits of caring being portrayed more in her.

Anime: My Dress Up Darling 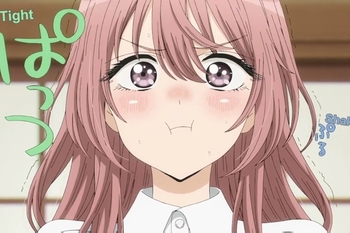 One of the minor characters from, My Dress Up Darling has another one of the most related INFP personalities, with her kind, calm and soothing nature.

Inui Shinji is a kind person and has little self-esteem, due to which she doesn’t want to cosplay as her favorite character. She cares a lot about her sister and looks up to her with great affection, and longs to become like her. 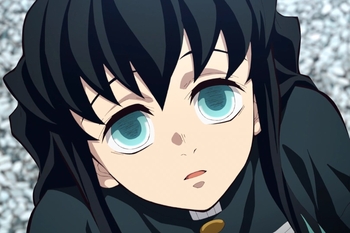 The mist Hashira, in Demon Slayer, is also an INFP personality, albeit a rare one at that too. He comes off as a very soft and timid character, but appearances can be deceiving as he is indeed a loud character.

Muichiro is passionate about his goals and is a very shy and kind person who thinks more about protecting the people around him.

He rarely shows his emotions, but whenever he does, it falls in the category of caring for others. He can also get angry when his friends or allies are hurt and try his best to help them, regardless if he is in a bad situation or not. 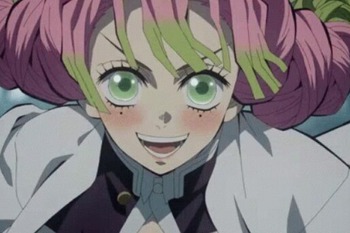 A good-natured Hashira, kind, who cares for her peers and allies, Mitsuri has it all. All she cares about is fulfilling her duty and protecting the people beside her. All of these character traits make her one of the best INFP characters, setting a perfect example for these niche-based characters. 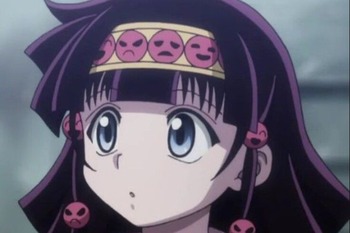 The second youngest child in the Zoldyck family, Alluka Zoldyck, hosts a different entity in her body, which makes her so strong, and that leads to her imprisonment by her own family.

Because of her being in a confined space for so long, she grew up to be a caring, lovely, and kind girl. She still has a good opinion of her family and her siblings, even after everything that has been done. This is exactly why Alluka was classified into this INFP characters list. 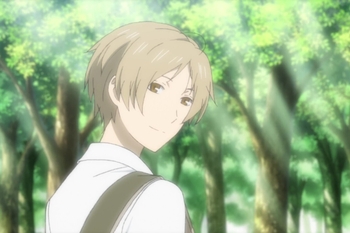 The main character of Natsume’s Book of Friends, Natsume Takashi, is also very kind and soft-spoken. He is a very caring and calm person, which resonates most with the INFP personality type.

Natsume is friendly enough with many of the youkai and his peers. He cares enough not to create problems for other characters or spirits. This attitude of his is well-loved among the fanbase, making him a fan-favorite INFP character. 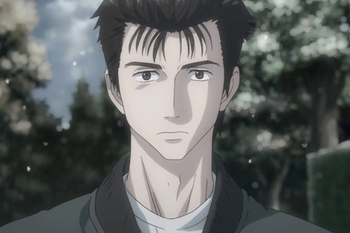 In a world filled with evil monsters devouring and transforming into humans, Shinichi Izumi still retains his kind and caring nature, even after fusing with one of the parasites.

He is an idealist character who tries to solve everything on his own, along with finding the best solution for each scenario. Shinichi does not make rash decisions and sticks to rational thinking for each of his decisions.

This idealist, and caring attitude, even for the parasites, is what makes him unique and sets him in the INFP personality trope. 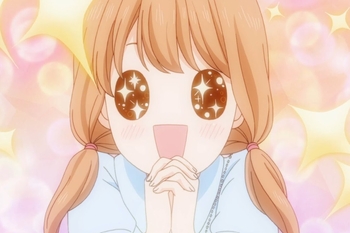 The female lead of the anime, Rinko Yamato, comes off as a sweet, charming, and kind girl who cares more about the people beside her. She is also friendly with many of the characters and also has a shy and depressing side to her.

Rinko cares a lot about her boyfriend, Takeo, and also shows a different love angle for him. She is also clever and is a bit jealous of the girls that try to approach Takeo, but she takes no time to befriend them.

All of these caring attributes lead us to believe that she indeed has an INFP personality trait. 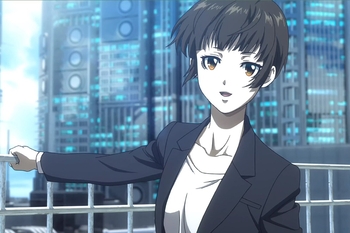 Akane Tsunemori is the main character in Psycho-Pass and possesses strong values of justice and an idealistic belief. She is shy and cares about the Enforcers under her, especially Shinya Kougami.

She likes to uphold her values and believes that she can save a lot of people with her sense of justice. Her strong, shy as well as caring nature is portrayed as realistic as possible and can be strongly related to many other INFP characters.

Looking back on our list of top 15 Anime Characters with INFP personalities, we will conclude our post here. All of these characters in the list were liked by a lot of people and left a strong impact on their personalities after their debut.

Their INFP personalities were well-received by the community and followed the textbook definition of INFP character traits in most cases.