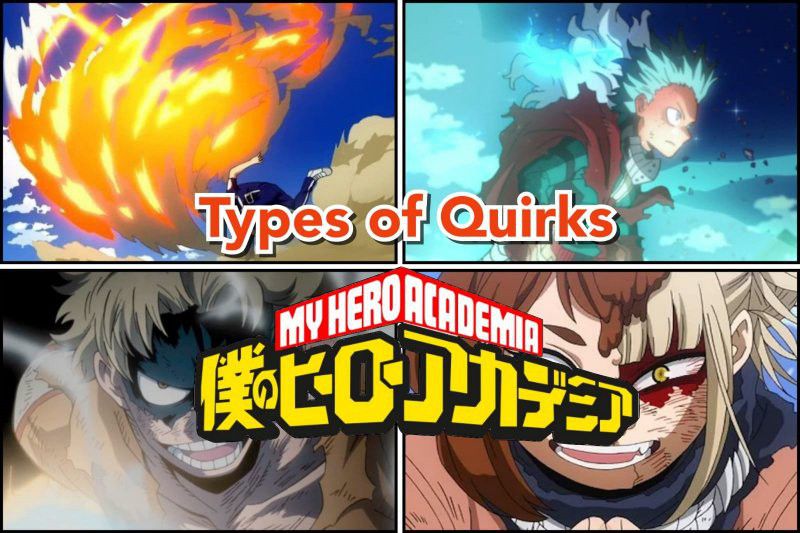 In the world of My Hero Academia, Quirks are special abilities people are born with. 80% of the population is now born with these incredible powers, leading to a superhuman society. Quirks at first manifested as mutations that began to spread through the population with generations. In the past, Quirks were called Meta Ability.

Quirk usually manifests itself early in a person’s life. Some people get their Quirks sooner than others, but the reason for that is not clear. The Quirk, a person, manifests is usually dependent on their parents’ Quirks since these powers are hereditary in nature.

However, there are also people like Izuku Midoriya who failed to manifest a Quirk even though both of his parents had their own powers.

Quirks are intrinsic to a person and can be enhanced with practice and time. There is also a phenomenon called Quirk Awakening, which allows the Quirks to act at their full potential. So far, we’ve seen very few characters achieving Quirk Awakening.

The various Quirks shown in the series can be grouped into four types: the Emitter Quirks, the Transformation Quirks, the Mutation Quirks, and the Accumulated Quirks and also Multi-Category Quirks. Each type of Quirk has its own perks and drawbacks, but in the end, it’s the way their possessor uses the Quirk that decides how good the Quirk is.

The Different Types of Quirks in My Hero Academia

Emitter type of Quirk, also called Operative type Quirk, is the kind of ability that allows the users to generate, manipulate and alter different aspects of their surroundings. Sometimes these aspects are natural elements, and other times, the powers are more complex. This kind of Quirks comes in many forms and shapes and is very versatile in their use.

Emitter Quirks are also more commonly seen than the other three kinds. These powers can be showy sometimes, but they also take a lot to master and perfect. Emitter Quirks are usually activated whenever the users wish, but some Quirks, like Shota Aizawa’s Erasure, need an incredible amount of concentration to keep in activation.

Some of the most popular Quirks of the series fall under the Emitter category. Katsuki Bakugo’s Explosion, Shoto Todoroki’s Half-Cold Half-Hot, Ochako Uraraka’s Gravity, and Inasa Yaorashi’s Whirlwind all come within the Emitter-type Quirks. Hitoshi Shinso’s Quirk, Brainwashing, while seeming different, also is an Emitter type.

Not all Emitters are about controlling elemental aspects; some Emitter Quirks affect the surroundings on a molecular level. Tomura Shigaraki’s Decay, Momo Yaoyorozu’s Creation, and Recovery Girl’s Heal act in a more complicated way and work on the molecular structure of the intended target.

These kinds of Quirks, also called Composite Quirks, are quite handy in battles. Another thing about these powers is that they are completely attached to their users and better used in close-ranged battles rather than long-ranged ones.

They also only affect their users and cannot manipulate anything surrounding them, unlike the Emitter type. The only exception to this we’ve seen is Seiji Shishikura, the Shiketsu High student, whose Transformation type Quirk, Meatball, not only affects himself but works on others too.

Her ability is very aptly called Transform, and it allows her to take on the shape of any person whose blood she’s consumed. After her Quirk Awakening, her powers have only gotten stronger, and now she can also use the transformed person’s Quirks after taking their appearance.

Mutation or Heteromorphic Quirks are the type where the appearance of the users are permanently altered due to the special power.

In some cases, they give the users extra appendages to their bodies while in other cases, the Quirks completely change the users’ looks. In the story, we meet plenty of characters possessing this kind of Quirks and we see them use these powers in a wide range of ways.

But this kind of Quirks also invite prejudice from the society and low self-worth for the users’ altered appearances.

Mezou Shoji, who has the Mutation type Quirk, Dupli Body, has been feared for his appearance in the past. The League of Villains’ Spinner, another user of a Mutation Quirk, was also harshly ostracized for his looks.

Number 2 Pro Hero, Hawks, also possesses a Mutation type Quirk called Fierce Wings which gives him two sets of red wings whose feathers he can use at his will. Fumikage Tokoyami of Class 1-A also has a Mutation Quirk which changed his face to that of a bird but surprisingly his appearance is completely unrelated to his special power, Dark Shadow. 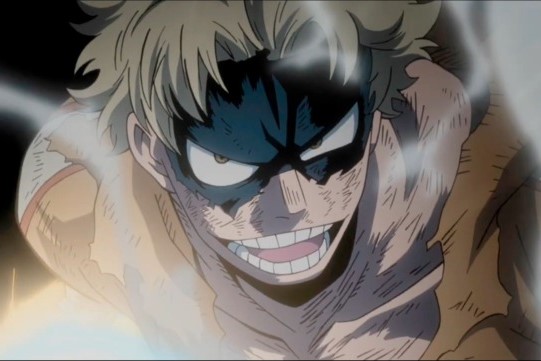 Accumulation type of Quirks are the most complicated of the bunch. That is because this kind of Quirks works in several steps rather than a single ability.

An example of this would be Pro Hero Fat Gum’s Quirk, Fat Absorption, which requires the Hero to store a huge amount of fat prior to using the accumulated material to unleash attacks in battle. This kind of Quirks seems pretty rare since we’ve not seen much of it in the series.

Aside from these four types, there another kind of Quirks in My Hero Academia that should be listed:

While most of the Quirks fall under these four previously mentioned categories, there are also some Quirks we’ve seen in the series that defy categorization in any of them.

For some of them, that is because they fall under more than one type while a few are too complex and too rare to be categorized under any of them.

Both Mina Ashido and Jurota Shishida possess Quirks which act as Emitter and Transformation respectively but their appearances are permanently changed like Mutation type.

Ashido’s pink skin, black irises and horns have nothing to do with her Quirk, though it has given her skin better resistance from acid.

Shishida’s Quirk Beast primarily acts as a Transformation type since he grows in size and his hair gets bigger and shaggier. But his appearance is permanently changed as a result.

Then there is One for All, currently possessed by Izuku Midoriya, which is a cultivation of several Quirks belonging to the past users of One for All.

Due to its nature and the various powers and different Quirks it comes with, it obviously cannot be placed under any of the previous types. Eri’s Quirk, Rewind is also an exceptional power that defies all logic and can’t be grouped together with any Quirk.

The types of Quirks we discussed are not really absolute and they are only based on the numerous Quirks we’ve seen in the series as of yet. But it is very probable that we’ll get to see more new Quirks that make up a new category all for themselves.

The secret of Quirks is still very much a mystery and there is much to uncover about the superhuman abilities. With the turn the story is taking, it may be sooner than we expect.

That’s all for now. You can read My Hero Academia manga officially on Viz Media and watch its anime on Crunchyroll.