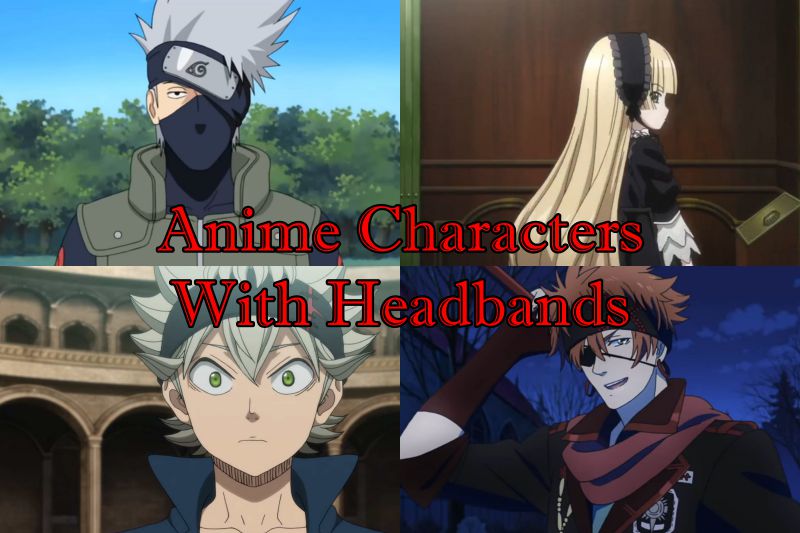 Anime is just like several other fictional media. That’s why for distinctive reasons, a popular anime series can be remembered. Also, it shares iconic goods, cars, clothing, weaponry, or even personal accessories. Most people are familiar with the headband of Naruto, and just like that, there are anime characters with headband.

Each of the mentioned iconic anime headbands aids in defining its wearer’s appearance. Also, it should be recognizable instantly to fans of their respective series. In the anime fashion scene, such headbands of characters ls have become standouts. The reason is the way that particular character wears it making it a staple part of the style. 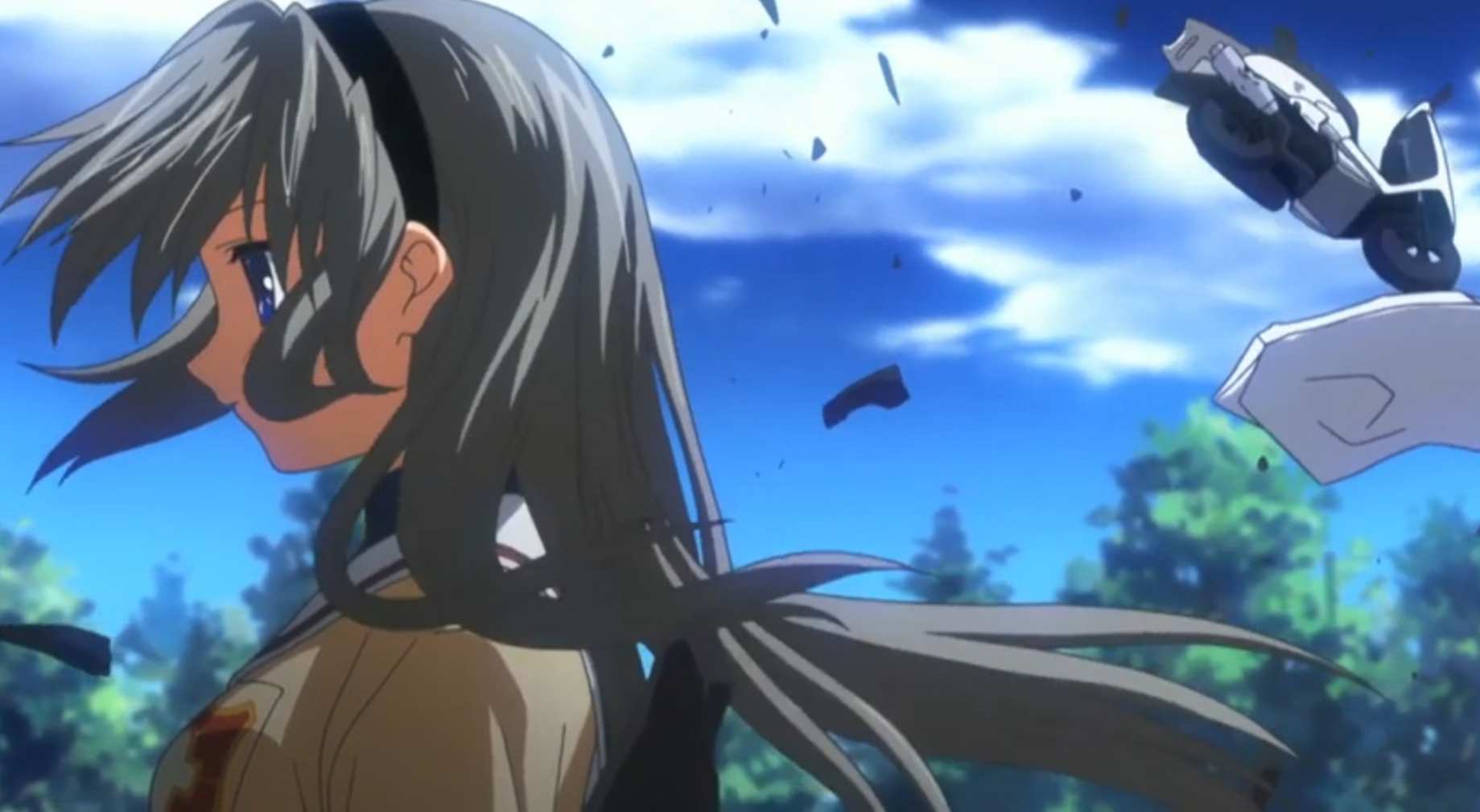 The very first anime character with a headband on our list is Tomoyo Sakagami. In the series, you can see her wearing a black headband, and her messy bangs frame her face.

You can consider her a classic tomboy who always takes things lightly in every situation. Apart from being tough, still she doesn’t initiate a fight. This responsible character also possesses abilities like athletic and intellectual. 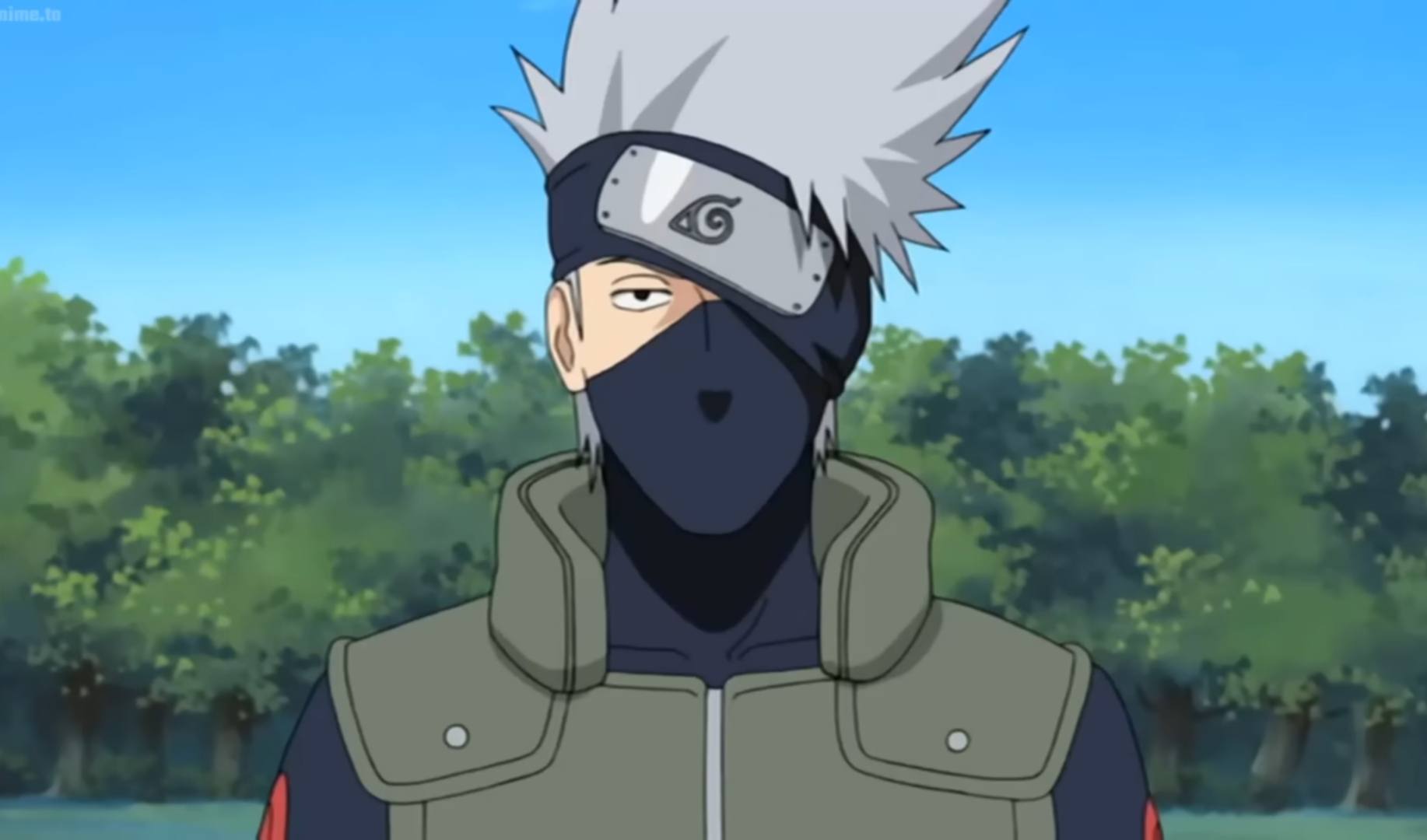 Since childhood, this character is portrayed as being self-confident and independent. However, when Kakashi hit adulthood, he turned out to be with an attitude of almost relaxed and bored. Even he is not prone to working a lot.

As the series proceeds, his prowess and reputation got a boost in the form of the ninja. However, there are no such signs of arrogance related to the abilities of Kakashi. His headband is the only thing that makes Kakashi’s overall look attractive. 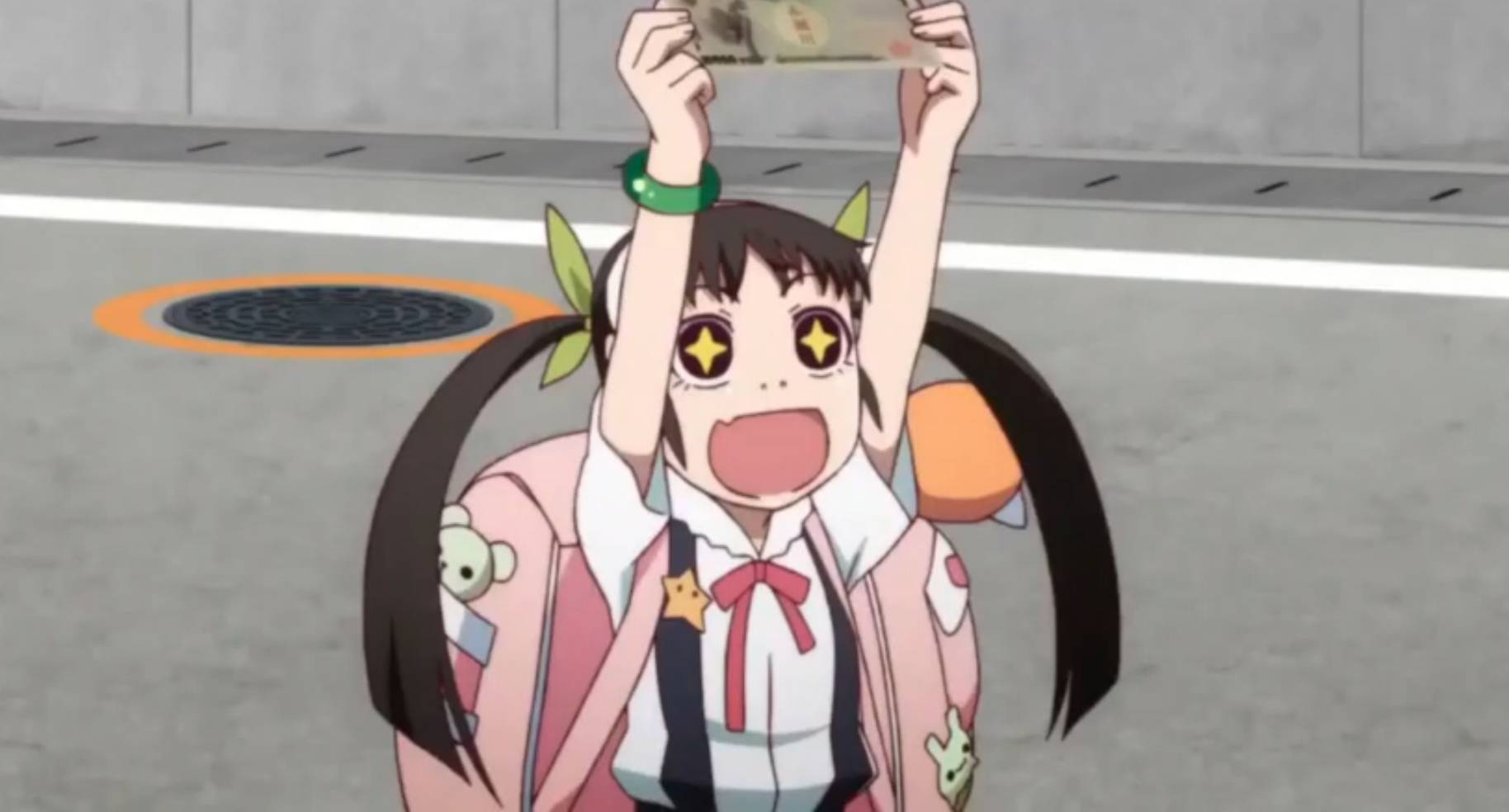 Mayoi is the cutest character in this list, with dark red eyes and long black hair. You can see Mayoi wearing that cute hairband which makes her look the cutest. As you can see in the image, her hair is tied in pigtails. Also, that white headband has a white swirl at the end.

If you’ve watched this series, then you might be familiar with her cold nature towards strangers. She doesn’t like strangers even though she starts fighting them back if they turn out to be nosy. 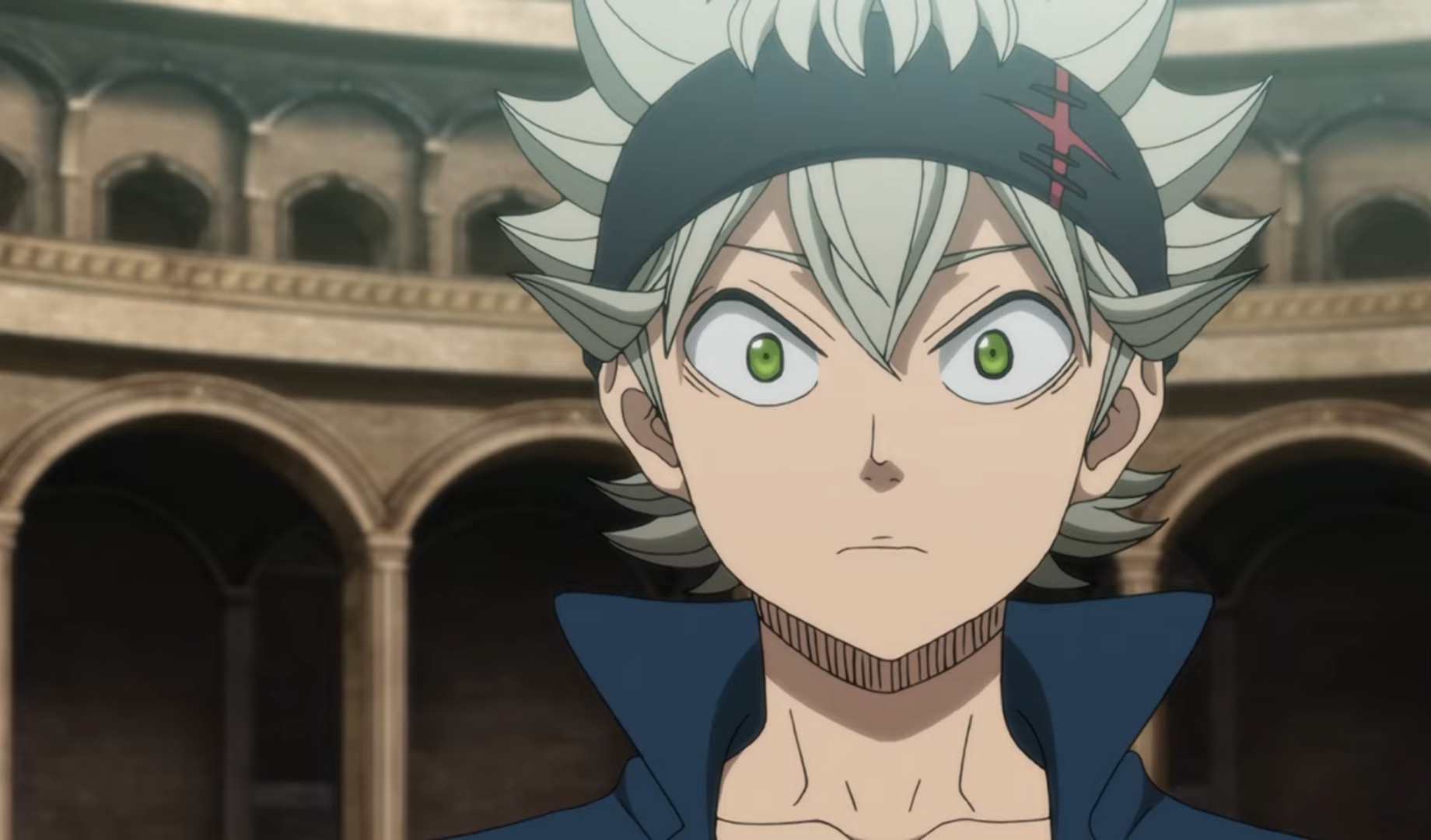 This young man of short stature is portrayed with a muscular build. You can even see him shouting unnecessarily to express his goals and thoughts in front of other people. In the Black Clover, you can see him wearing a black headband which aids to keep the hair together.

If you took a closer look at that headband, then you’ll see Black Bull insignia of a gold-colored. Also, there is a red-colored four-pointed star that has approx three stitches on the back of it. Overall, his hairband makes his personality look more striking. 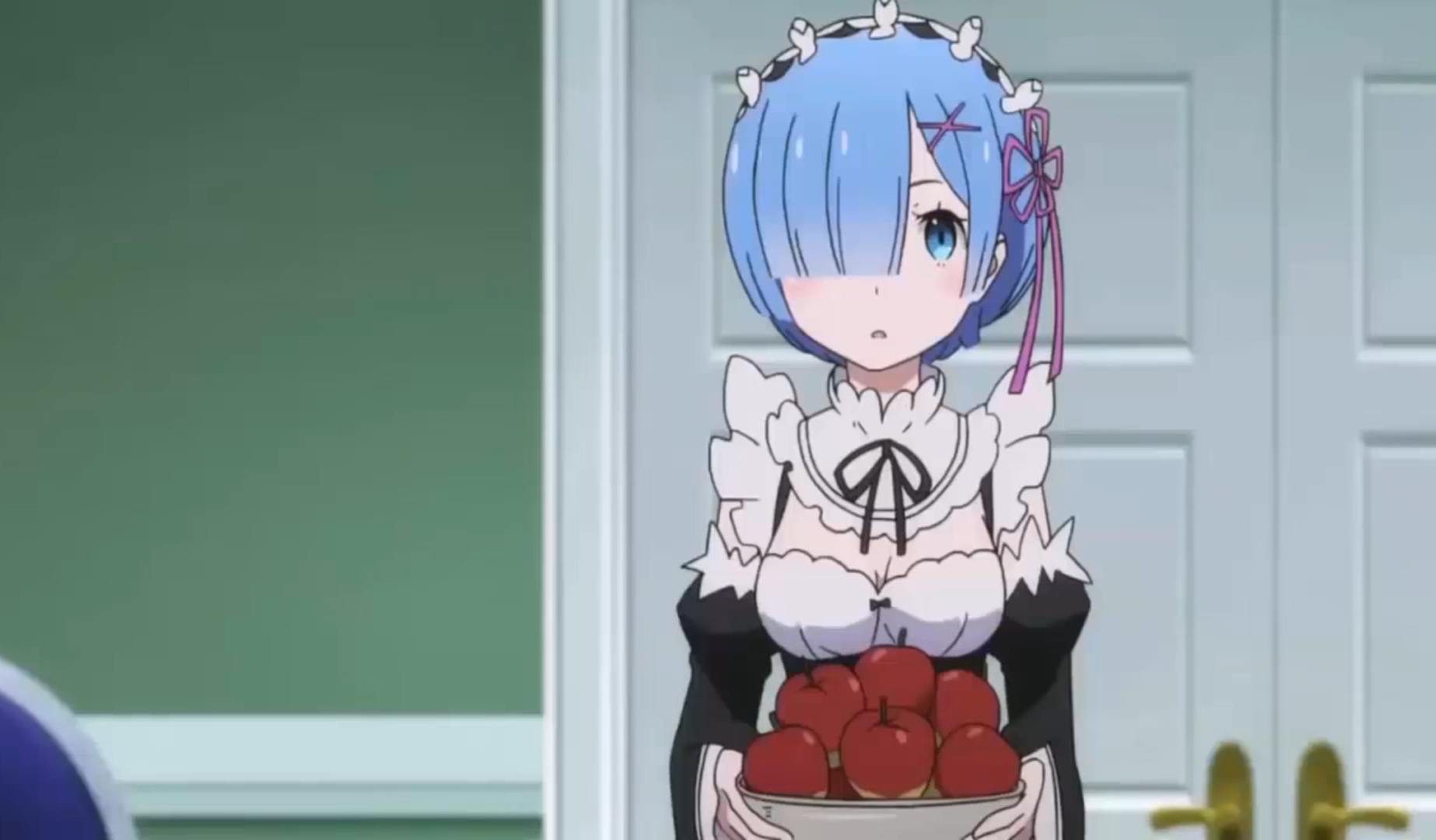 While talking about headbands, how can one forget this cute character? When you’ll compare Rem and her sister, then you might face some difficulties to differentiate them. The reason is they look identical to each other in terms of ribbon, hair, and eye coloring.

Her hair accessory gives her look a stunning look, which comprises of ribbon, clips, and a headband. In the series, you can look at her left side which has hair clips. On the same side, you can see a beautiful flower-shaped ribbon. Also, there is a headband of the maid, which gives a finishing touch to her hair.

Must watch this adventure fiction and know what past incident made her hold guilty towards her sister. 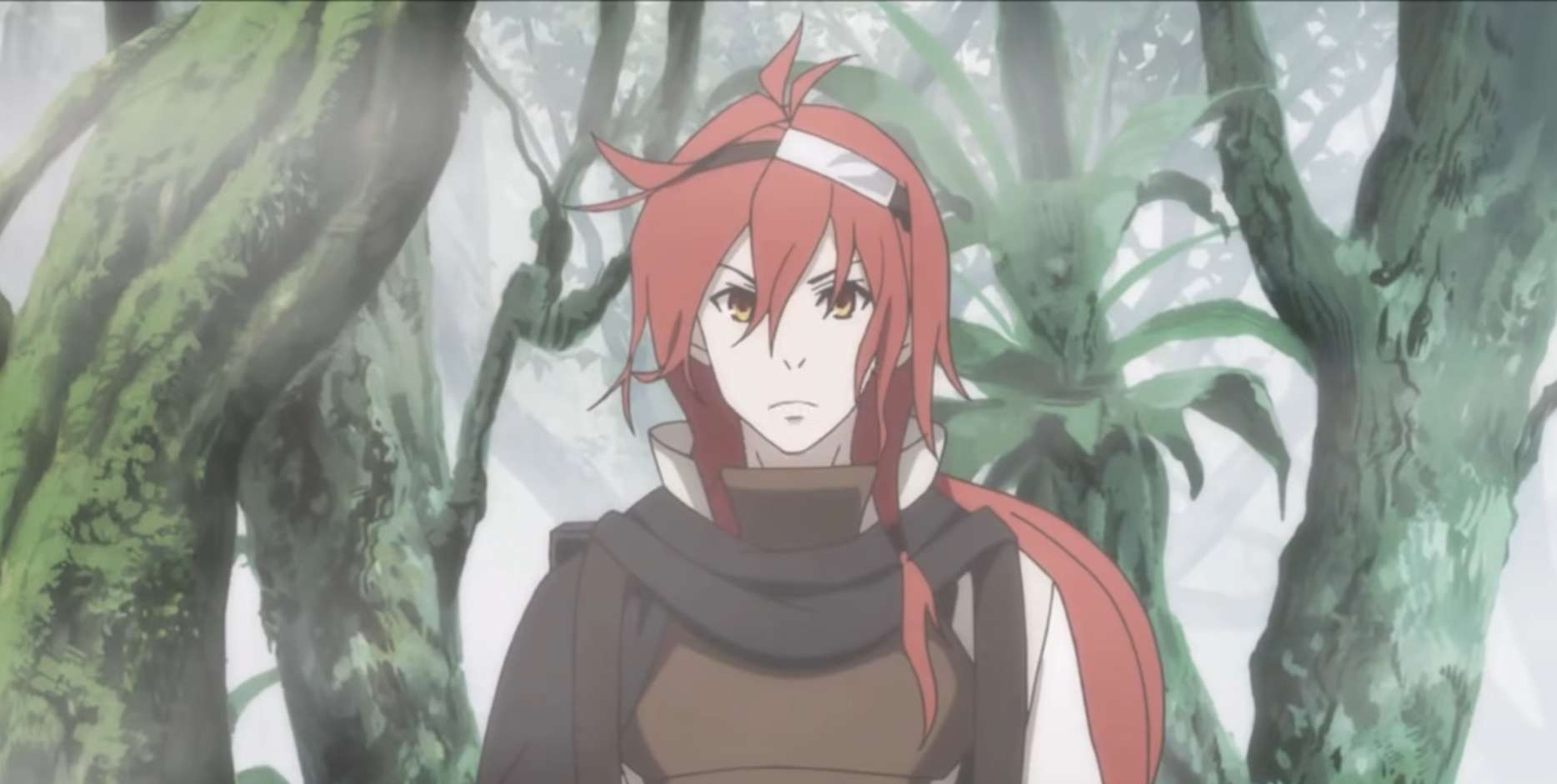 In terms of friendship and camaraderie, you can see Adlet Mayer possessing a strong will and a strong sense. However, his hair might give incomplete look if there is no dashing headband.

According to him, the most powerful person on earth is someone who can cross any limit to bring down his opponent. But he is already aware that an ordinary person can’t turn out to be the strongest man. So, there is a need for some kind of particular methods to attain the goal. 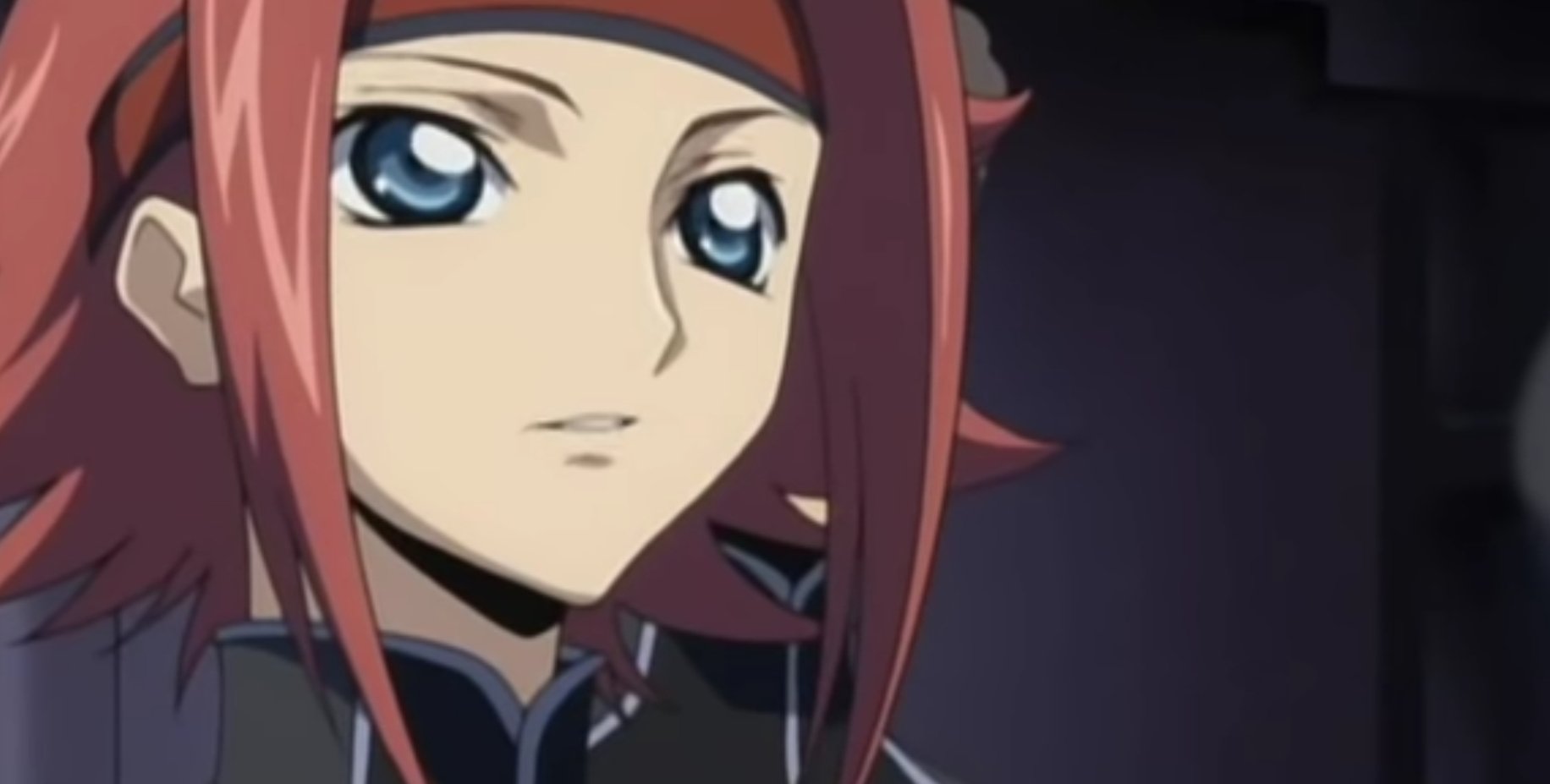 While talking about strong-willed and bravery, no one can beat this cool character. As everyone has their negative side, she too sometimes becomes impulsive and short-tempered. In terms of her headband, it is something that aids in tieing her hair in a particular direction.

However, she turns out to be one of the selfless characters in the series. If you’ve watched this series, then you are familiar with her nationality. She is both Britannian and Japanese, due to which she struggles to live a normal life. Go and give this action series a hit to know which side she accepts fully and what was the reason.

This handsome character is portrayed as a thin and tall man. On his dark red hair, the black headband gives him a striking look. That hairband seems to be something that changes his personality completely. In both youkai and human form, he is shown wearing those bunny ears.

No one can beat the loyalty of Zange, but at times he turns out to be quite scheming and odd. Overall, he always remains optimistic and possesses a good heart. Teasing and using others are two opposite sides of his personality. 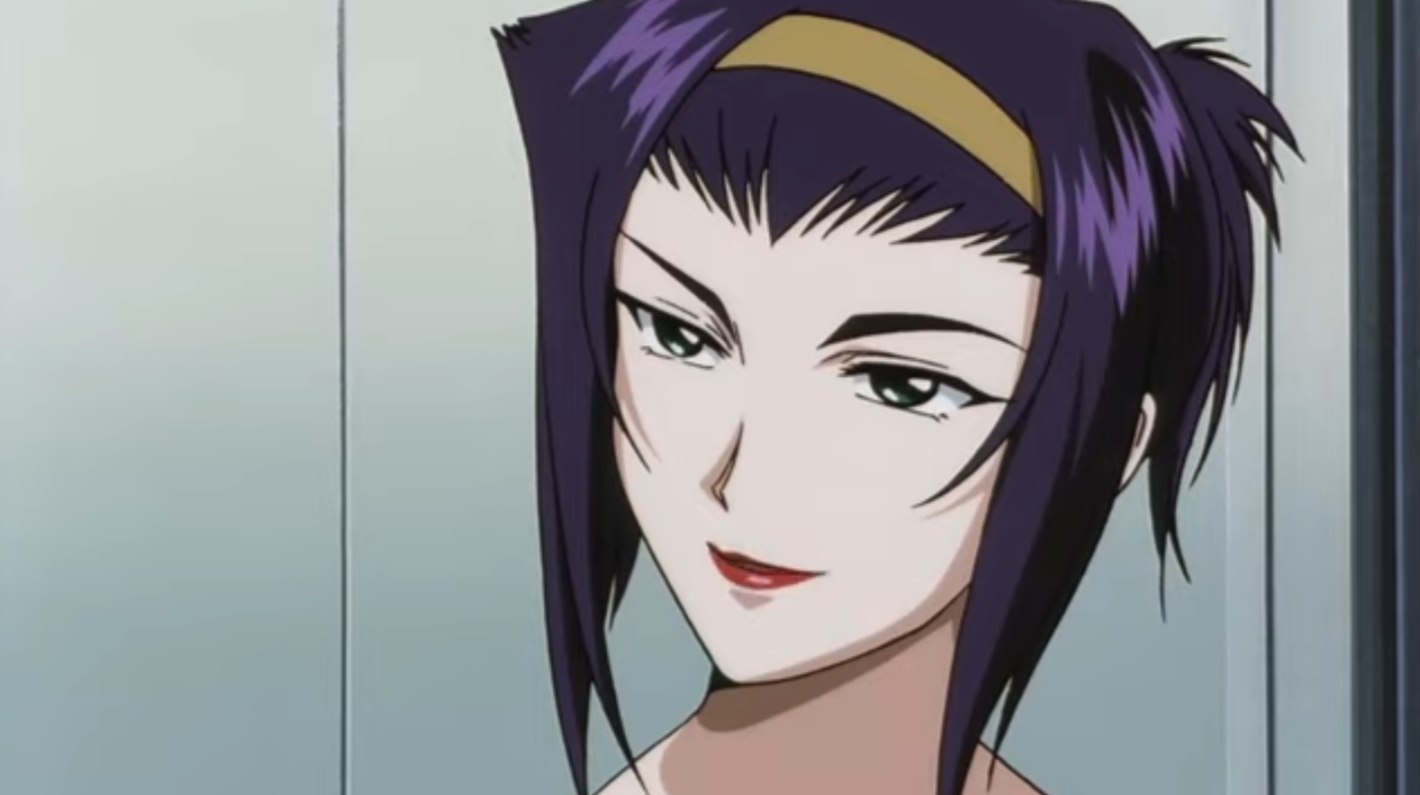 As most of the females spend time taking care of their appearance, the same is with Faye. Throughout the series, she is portrayed as wearing a headband. Just for the sake of her goals, she always engaged in flirting and seducing men.

Apart from being flirty, she rarely seems to be interested in someone romantically. Now, you can say that Faye is a bad character. The list of bad habits doesn’t end here she is even engaged in unwarranted violence, alcoholism, and pathological gambling. 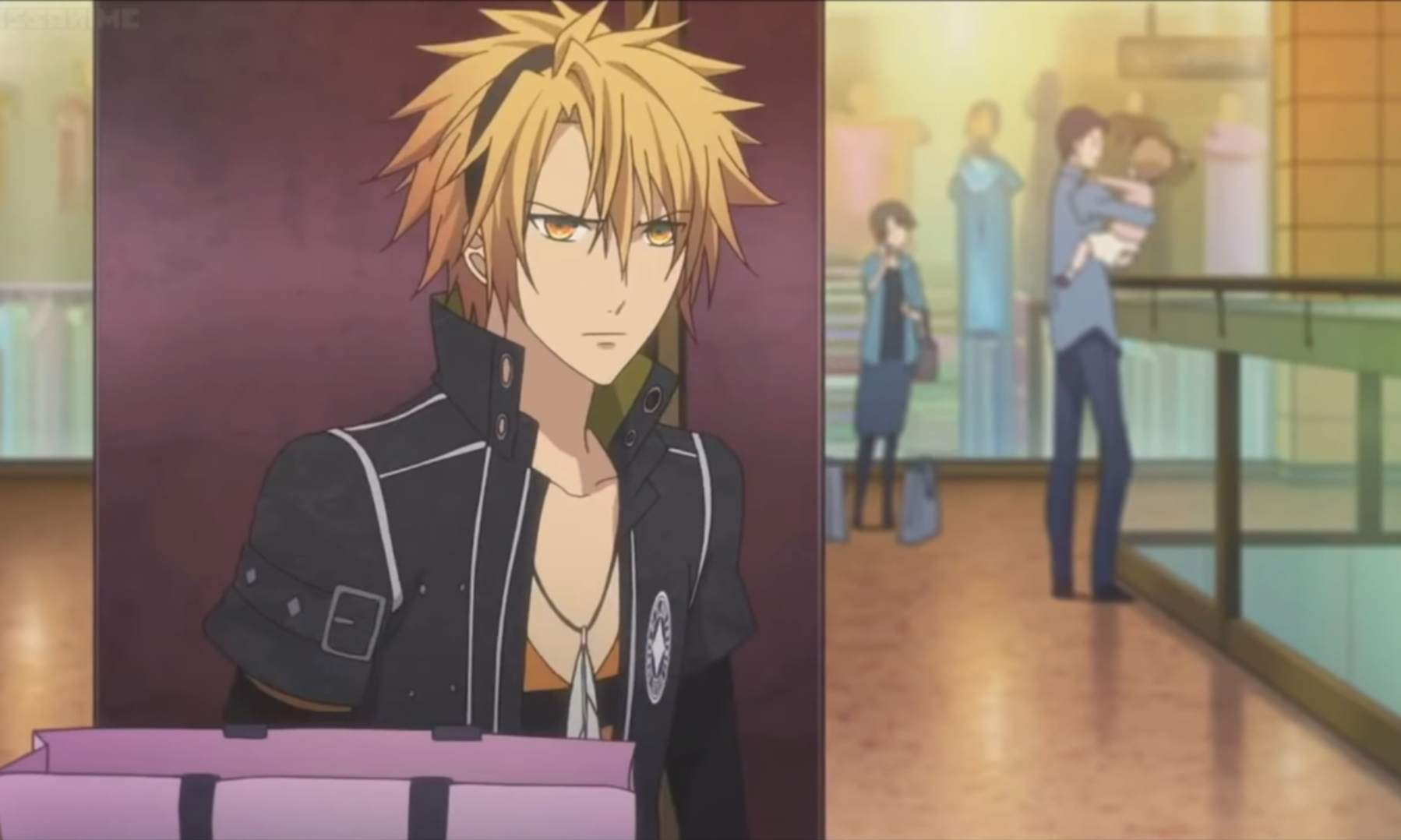 Toma is a true symbol of handsomeness. Just look at his lean-built and tall height with orange-colored eyes. In this series, you can see him wearing a black hairband. That hairband is not simple because you can see golden-colored, four-diamond markings on it. That headband looks stunning because of his messy short blonde hair.

If you’ve not watched this mysterious series, then do give it a try. You’ll get to know about the traits of an older brother and who he used to treat like younger siblings. 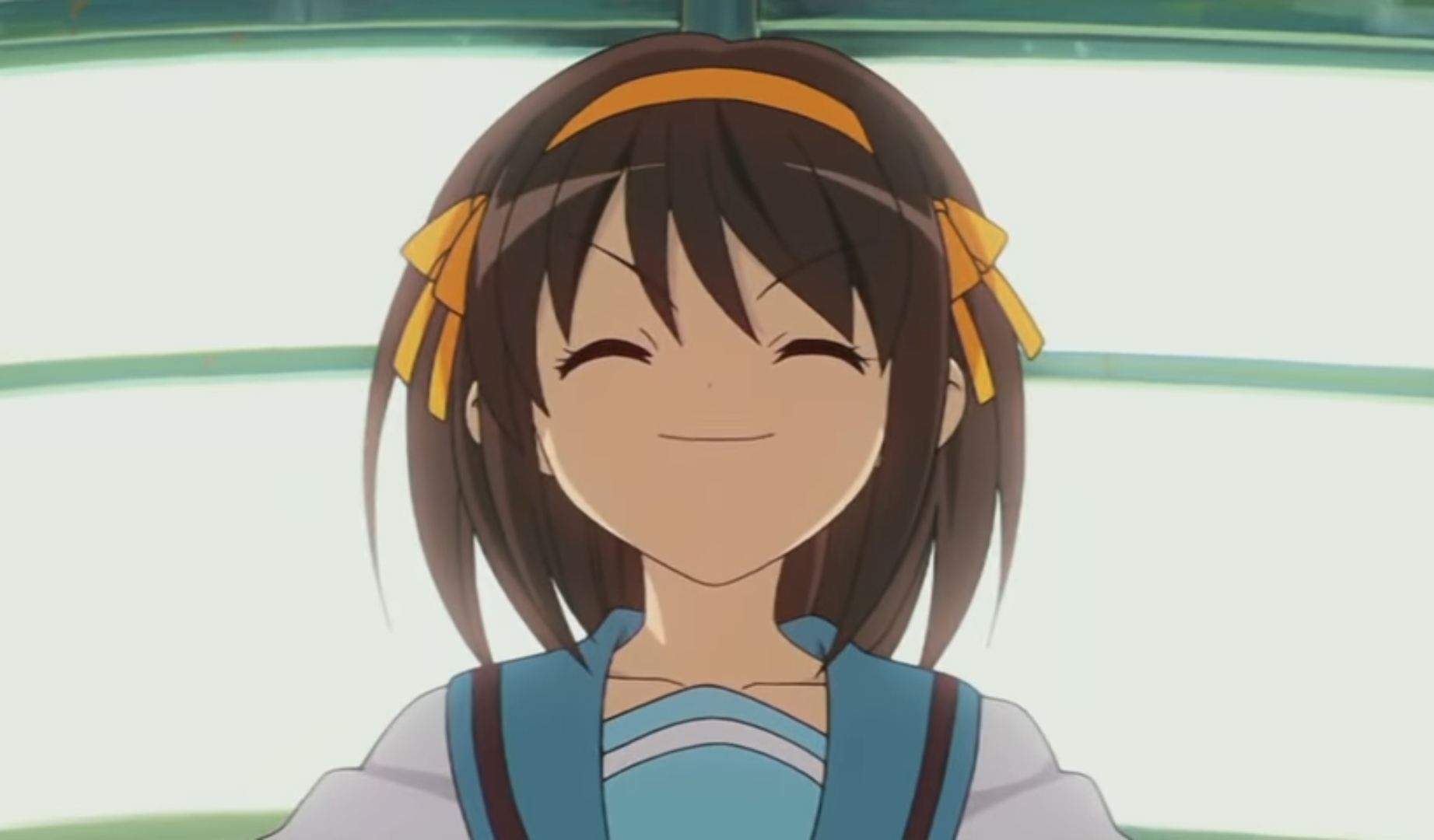 Anime: The Melancholy of Haruhi Suzumiya

As everyone has their driving force to live an extraordinary life, Haruhi does have that force in the form of desires. For boosting the SOS notoriety of Brigade, she used to stem schemes from her desires.

While watching this series, you’ll get to know about her little regard for what comprises normal behavior. You can give this comedy series a try and know her conservative principles. Even there are cases of addressing the adults respectfully. 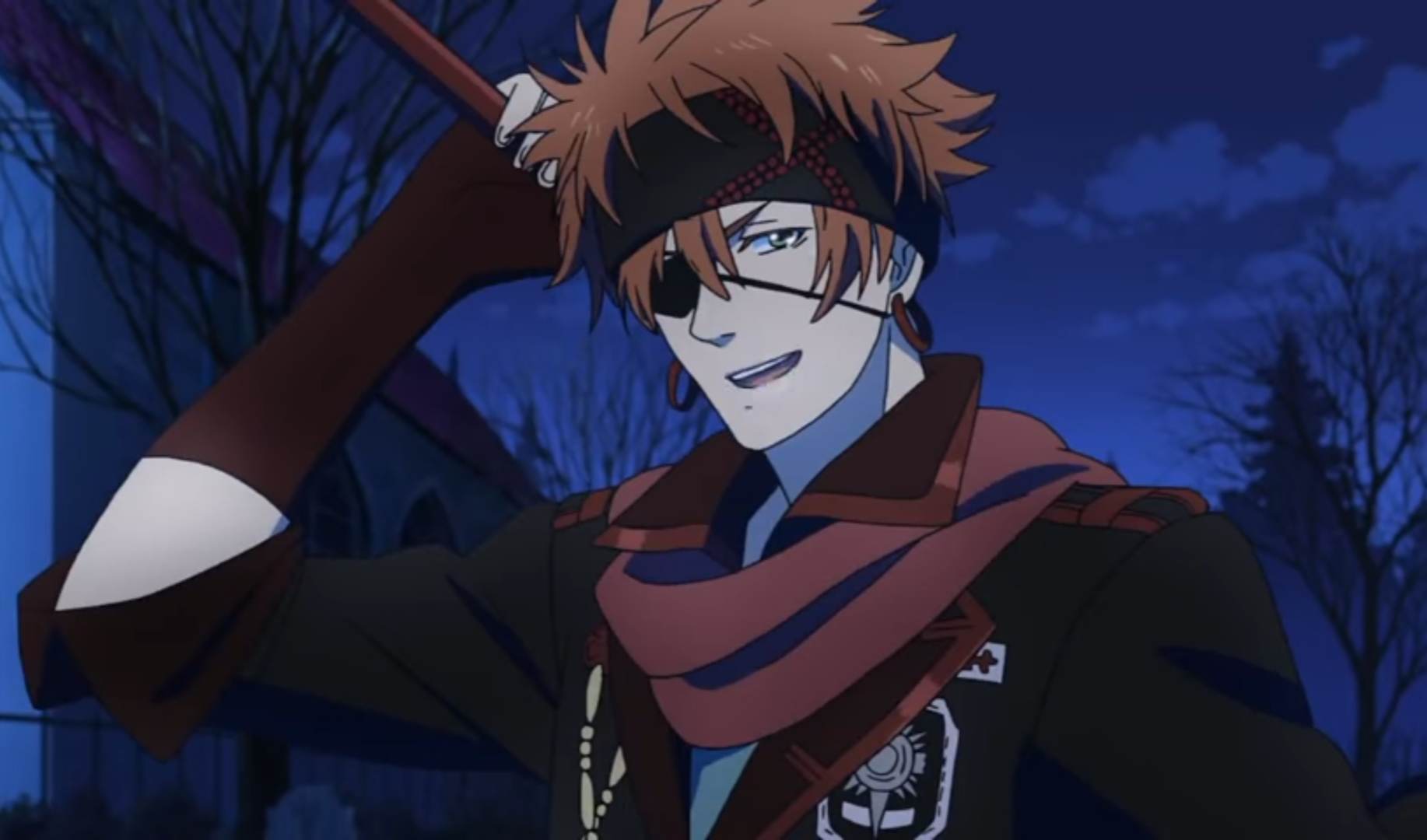 Apart from being the most handsome character in the series, he is moody too. But still switching moods doesn’t affect his personality of being reserved. However, there is a strong discouragement instruction of Lavi as a Bookman.

There were some cases when he forbids making any kind of personal attachments. As a result, he doesn’t care when his comrades and friends die around him. Overall, that cool headband makes him the hottest guy in the anime of D.Gray-man. 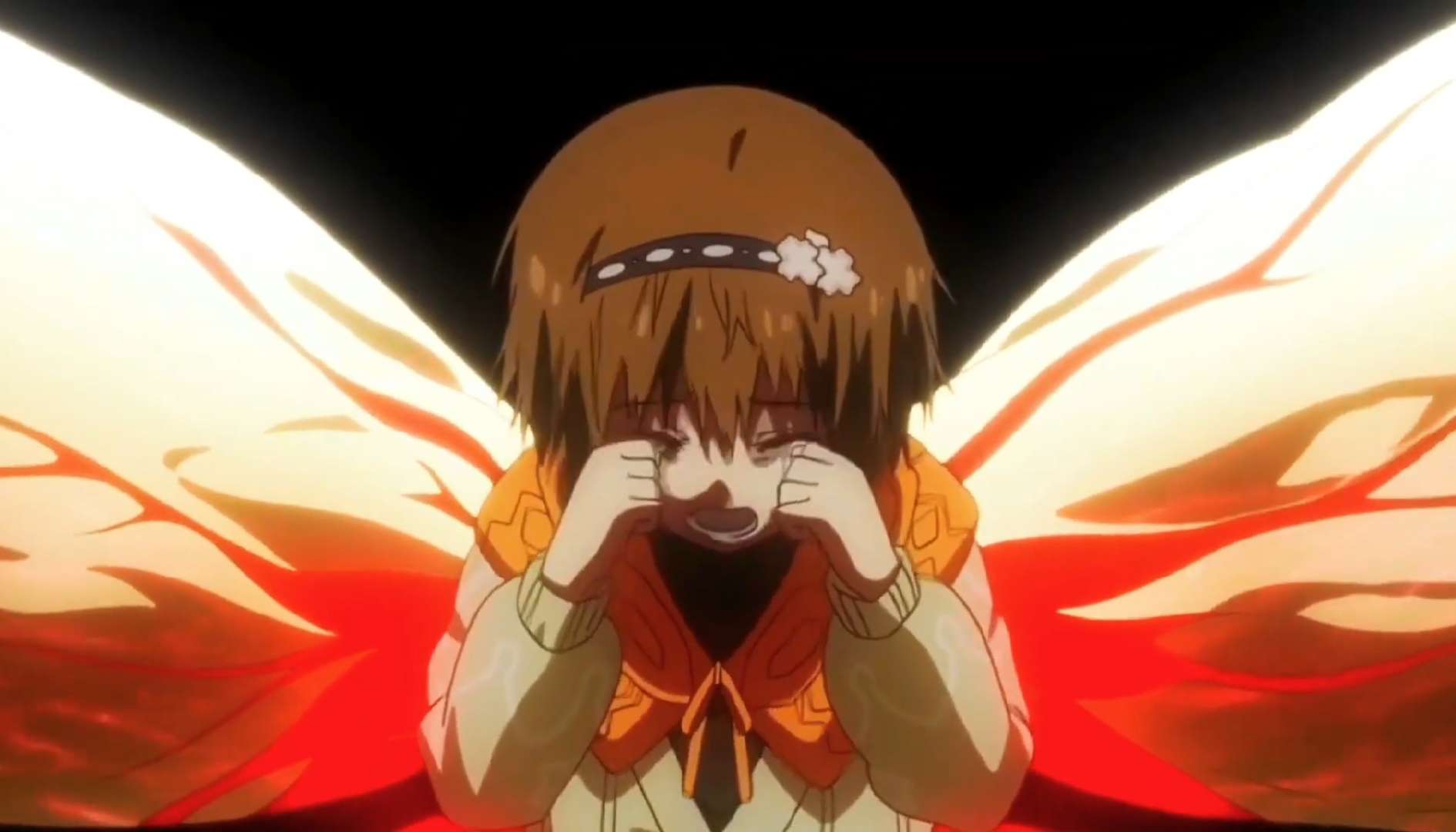 This cute character young teenager bears an alikeness to her late mother. Let’s talk about her appearance, which comprises brown hair and eyes. In the series, you can see her wearing a hairband, which gives a striking look. Even it is decorated with four-leaf clovers and resulting in making a common motif.

As most pre-teens have a gentle heart, Hinami too has that feature. She wanted to learn more and more, and that’s why she is fond of reading. However, you can watch horror series and know she coped better with the deaths of her parents.. 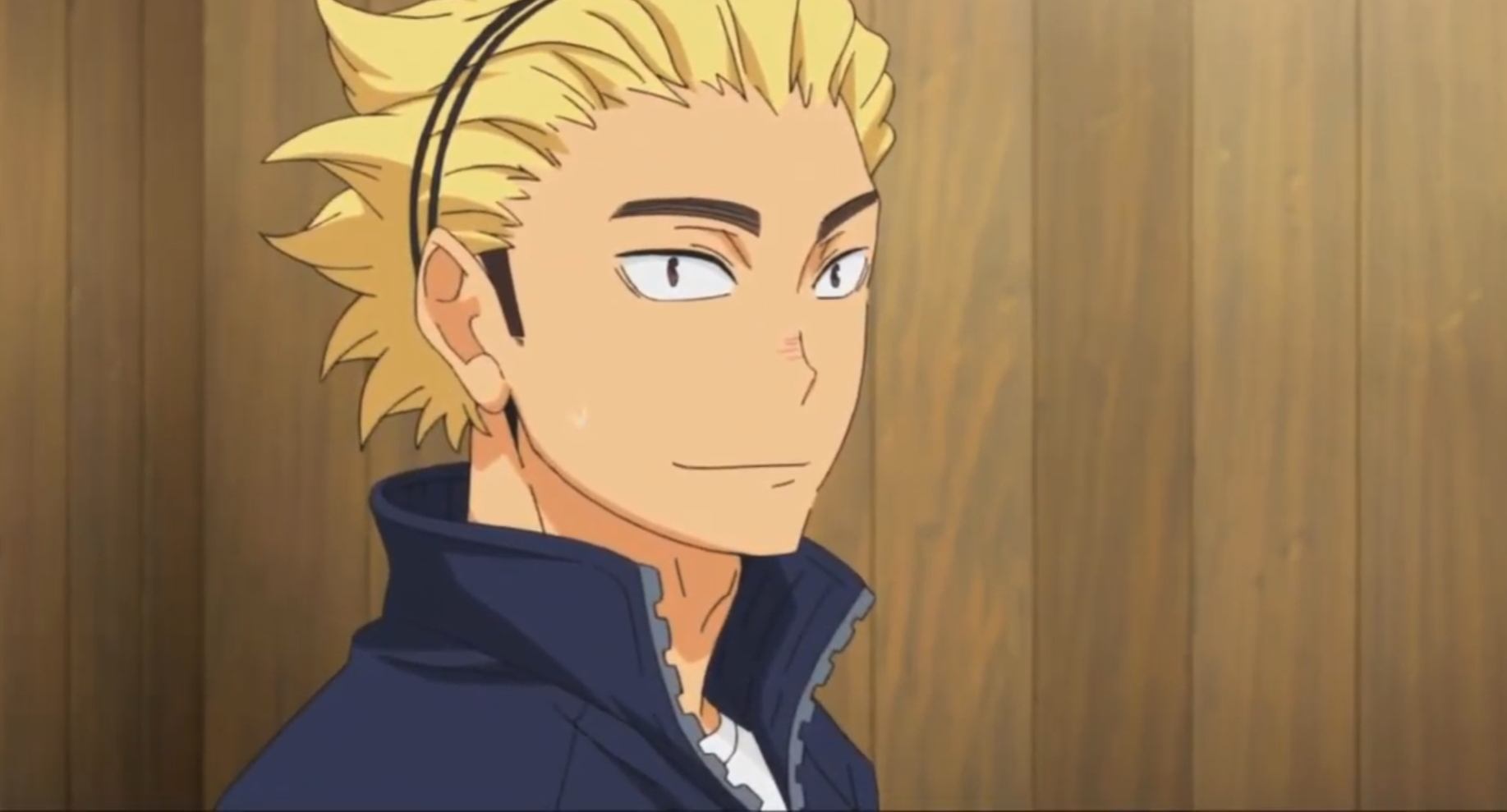 Despite his age of Keishin, he seems to be an athletic guy. Now, that hairband on his head looks quite classic through. In the image, you can see his hair is tied in a backward direction with that hairband.

As a coach, there is a need to be brutal and strict, and the same is with Keishin. There was an instance when ungrateful second-years left the volleyball club due to harsh practice. However, in truth, Keishin is a kind person wanted to aid his students. 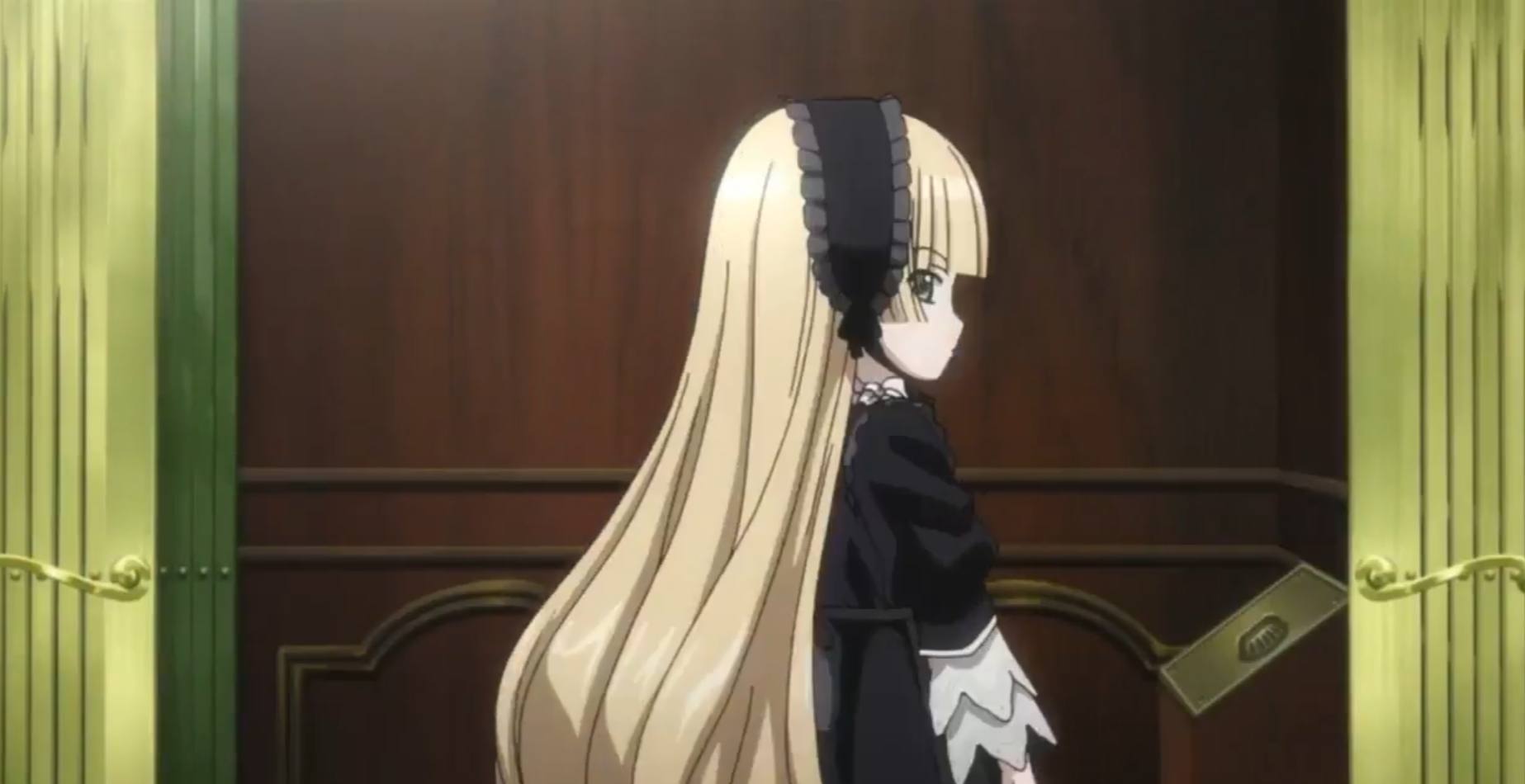 In the series, Victorique is portrayed as having an overwhelming charisma and flawless eloquence. On the other hand, she shows signs of abusive bluntness and eccentric attitude. In terms of her beauty, her long hair is the center of attraction which is tied with a broad hairband.

You can watch this series and know how her personality, which is full of child-like features. At the same time behaves like a detective who even notices the smallest details. Stop assuming her personality, and go give a try to this mysterious series.

In anime, fashion is something that usually stands out if their overall appearance is pretty iconic. When it comes to anime fans, they are familiar that such headbands are signature items in the respective wardrobe of women. Sometimes, anime characters with headband fail to be heavily or extravagantly decorated either. It can be the simplicity of making it great.