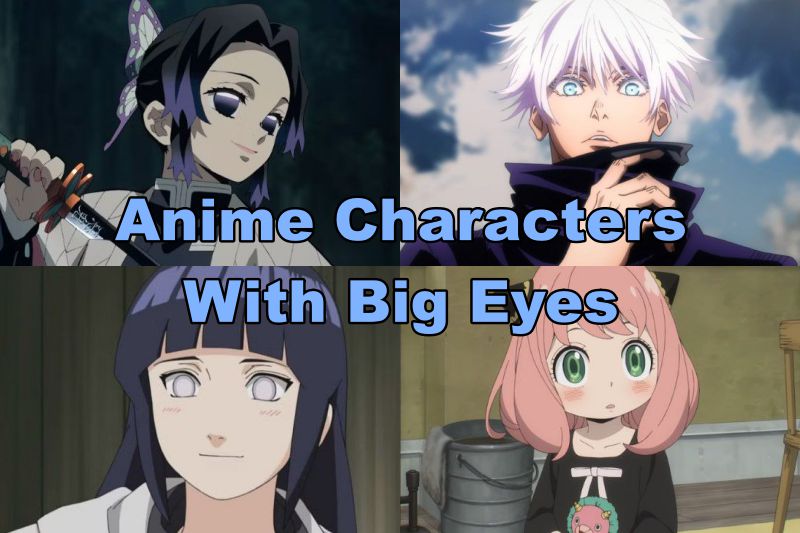 Whether it is Anime or Manga, characters in them have specifically large eyes. There is an obsession with mammoth eyes in the anime world. They play a crucial role in describing the character’s personality in general. A younger character is given bigger eyes than someone of a mature age.

Eyes are also used to make someone look more endearing and lovable. Japanese people are known to be shy when it comes to expressing their feelings. Similarly, anime characters show the same trend. Thus large eyes help to express complicated feelings and nuances more clearly. People with small eyes are generally sidekicks.

A lot of attention is given to the reflection and shape of eyes than the overall facial structure of the anime characters. In this article, let’s look at popular anime characters with large eyes. 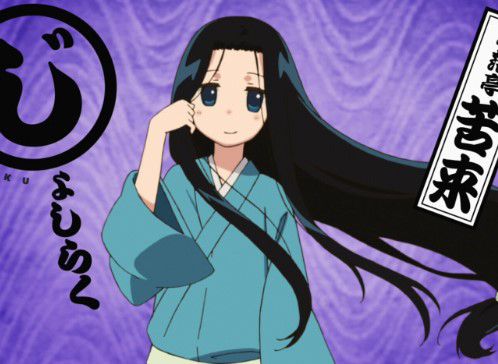 The gloomy and sad-looking actress, Kukuru Anrakutei, considers herself to be unlucky, just like her name. She has a deep voice and hardly speaks more than what is needed.

As a reserved character, she expresses herself not with her words but with her large teal-blue eyes. The pupil is a darker shade that fades into light teal, giving her eyes depth.

She has a clumsy and negative attitude, so her eyebrows slant downwards, giving her a confused expression. 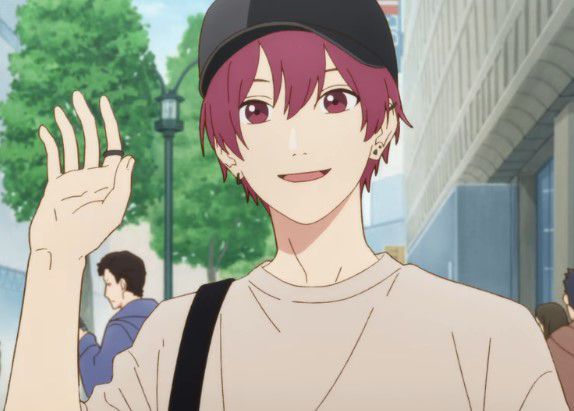 The short 19-year-old college student, Souma Shiki, has magenta pink messy hair and large pink eyes. He is among the anime Kawaii young boys and is popular among women.

A very clumsy person, he often makes silly mistakes but is not discouraged by them. He holds a positive attitude and accepts his clumsiness with laughter.

Blessed with the Hyuga genes, Hinata Hyuga has large grey eyes. The special power of the Hyuga clan, Byakugan, is within those eyes.

Hinata has always been shy and sweet-hearted. She speaks little because of her reserved nature and is afraid to hurt other people’s feelings.

She has had a crush on Naruto since childhood but is not able to confess it in front of him and acts silly around Naruto. Her eyes thus depict her heart. Large eyes show the purity of her heart and the softness of her character. 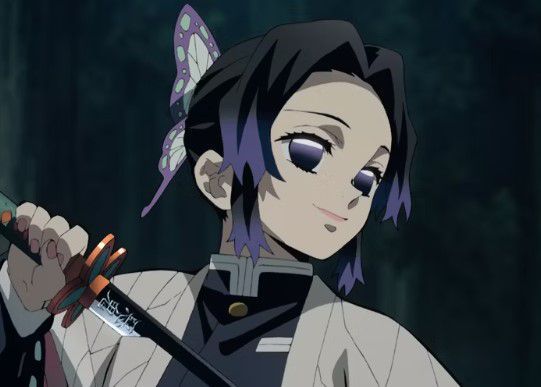 The small and fair Hashira of the Demon Slayer Corps, Shinobu Kocho, joined the demon slayers along with her sister when her family was killed by demons. She is the insect Hashira, who resembles a butterfly.

Large black eyes with a purplish hue and no pupils make her look like an insect. She appears to be soft and delicate because of her small face and unusual eyes, but is very strong in reality and likes to tease others and laugh at their expense. 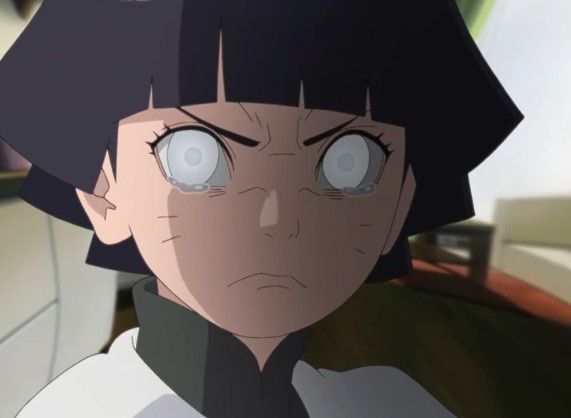 Himawari Uzumaki inherited the large Hyuga eyes from her mother, Hinata, and the light blue shade from his father, Naruto. She is kind-hearted and sweet-natured, just like her mother, but when pissed off, she becomes more like her grandmother, Kushina.

Her large eyes make her cute and adorable. She has special abilities and activated her Byakugan at a very young age. 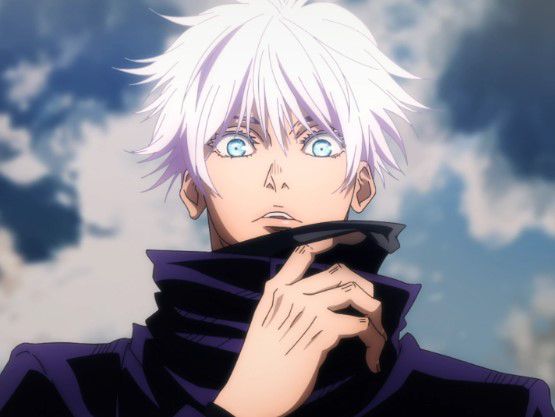 One of the main protagonists of Jujutsu Kaisen, Gojo Satoru, is renowned as the strongest of the exorcists. A special grade jujutsu sorcerer, his attitude is that of a delinquent.

He is playful and confident but also serious about his work. He usually has a blindfold around his eyes to control his powers, which makes his silver hair spiky.

His blue eyes, or six eyes, are large and have a crystal-like appearance that gives a spooky feeling when revealed. He inherited his eyes as a member of the Satoru family. 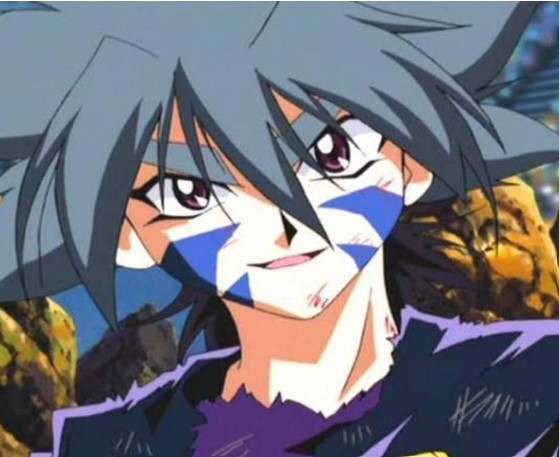 The badass heartthrob in Beyblade is as intense as his large greyish-black eyes. Mysterious and proud, Kai is determined to win and looks down on people, but values hard work and believes in a fair fight.

He shares his confidence with his beast Suzaku. He does warm up a bit as the story progresses but remains cold and aloof.

His spiky gray hair with thick, slant eyebrows and big eyes, give him a cruel and indifferent look. 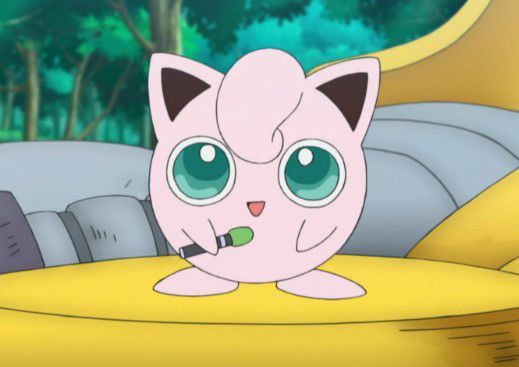 The small round pokemon has great lung capacity. Jigglypuff has a knack for singing and will not stop doing so until everyone falls asleep.

This small light pink pokemon has large oval-shaped eyes and an endless determination to sing in front of a large audience. For this very reason, it carries a microphone around all the time.

The light blue eyes, elf ears, and small limbs had made us all want to squeeze its face. It can bear a strong grudge as well and will take revenge by drawing on your face with a marker hidden under its microphone. 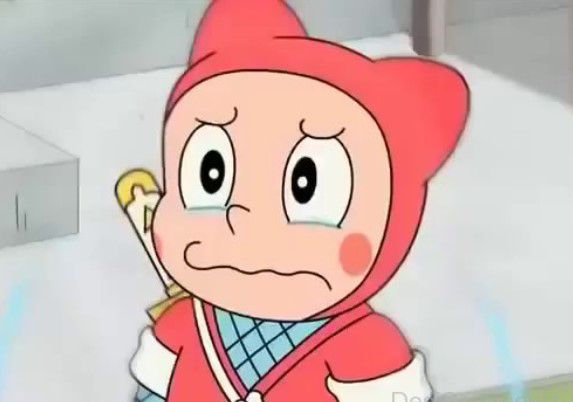 The small red Ninja, Shinzo Hattori, is the younger brother of Kanzo Hattori. He has large black eyes with an even larger smile. Like every younger sibling,

Shinzo annoys Kanzo at times and plays tricks with him in order to get the things he likes. He is a troublemaker at times but has a compassionate heart and is a loving younger brother.

With his bright smile and easygoing personality, he wins over people easily. He cries easily and is very emotional at times. 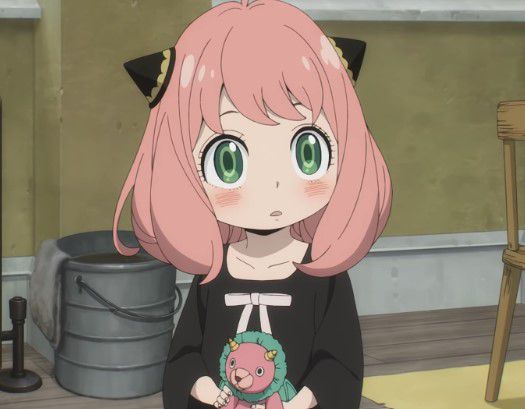 Short and petite, with large green eyes, a broad smile, and pink hair, Anya Forger ticks all boxes to be called kawaii in the anime world. A student at Cecile hall in Eden Academy, she is often teased for her short height.

Adopted by Loid forger, she is first fascinated by his spy work and disturbs him, but later on, she becomes more understanding about it.

She uses her psychic abilities to help Loid with his espionage work. Big eyes and short height can be deceitful as who can doubt a little girl like Anya to be a spy. 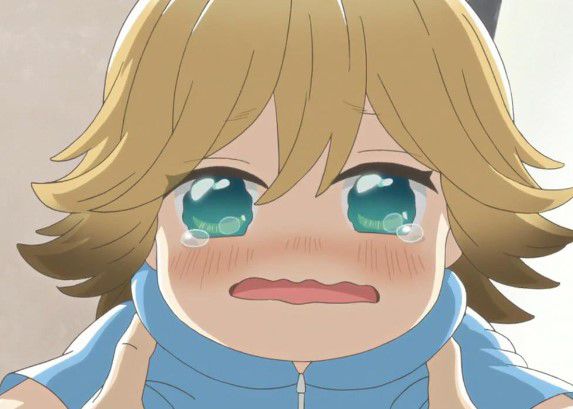 Hiding as a little boy, Poco is a shapeshifting tanuki that has been around for many years in Kagawa city. Souta tawara found him in his Udon restaurant and him Poco.

Souta took pity on him and decided to raise him. With large blue eyes and plump cheeks, Poco becomes even more endearing when he pops out his tail and furry ears.

He accompanies Souta, and they both overcome their loneliness together. They become each other’s family. 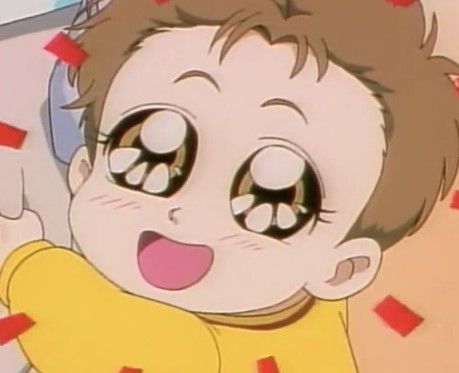 Anime: Baby And Me

The younger son of the Enoki family, Minoru Enoki, is only three years old but is more independent than kids of his age. He has a round face with a pair of shiny brown eyes and short eyebrows he looks as adorable as a teddy bear.

His elder brother Takuya Enoki takes care of him. Minoru views Takuya as a hero and is very possessive of him. He follows Takuya everywhere. 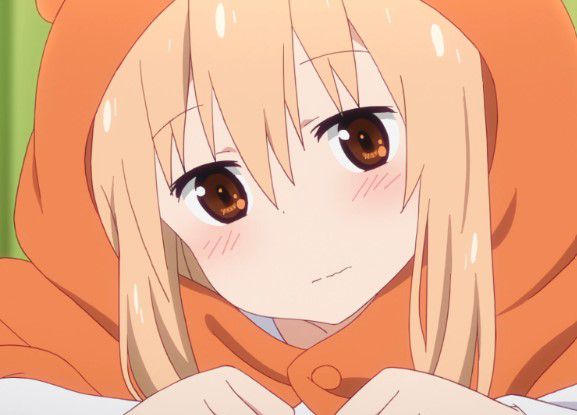 Anyone who wants to go back to their childhood will envy Umaru Doma. Umaru has two different people residing in her. Her outdoor person is that of a schoolgirl with long hair, a small face, and large brown eyes.

Indoor personality or Himoutu is a small toddler in a chibi or hamster form with an orange hamster hoodie, This form represents her childish and lazy personality when she is unwilling to do anything productive.

Her eyes even when indoors are large and attractive. 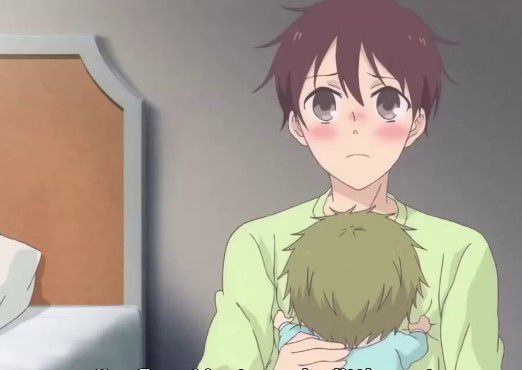 Ryuuichi Kashima has been taking care of his younger brother Kotaro ever since he was born as his parents loved to travel. After his parent’s death in an accident, the chairwoman of Morinomiya academy took them in.

Ryuuichi has feminine features and large blackish-brown eyes. His easy manners and kindness make him one of the most popular boys in the school, but he is oblivious to the fact because of his innocence.